Turnover has been updated to v1.0.832. This updates brings a number of new features, changes, and fixes.

Save Slots and Steam Cloud Support 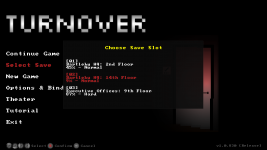 Turnover now has 3 save slots available in game.

With this update, Turnover has Steam Cloud support for the 3 save slots. 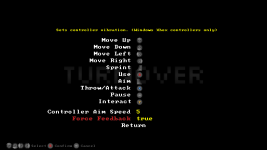 In addition, Turnover now uses Force Feedback rumble with Xbox controllers (in Windows) for many in game actions. It can be enabled/disabled in the Binds menu when a XBox controller is selected in the Options menu.

Note:
The latest version of x360ce has been tested to work with Turnover. If you are using a non Xbox controller and want the Xbox context hints in-game, then this is an option for you to try out.

Turnover can now be played with a keyboard/mouse and a controller together, so you can swap between the two on the fly. HUD context icons will dynamically change based on the last input method.

Also, the old text based HUD Hints for input have been replaced with icons. This should give nicer visual cues for input. 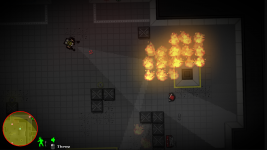 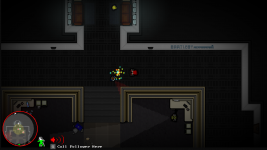 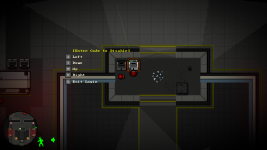