Turnover has been passed off to my tester and has been in testing for the last couple of weeks. It’s good to have a fresh set of eyes on the game.

It’s getting to the point now where there may not be any major changes to the game, since things are feeling pretty solid. Testing issues aside, the majority of the work from here on in will be decorating the levels and creating new sprites.

Here are some recent changes and additions.

There is enough interaction with the enemies and the environment to warrant the creation of HUD Hints. Now, if there is something the player can interact with, a little hint will pop up to let them know.

Honestly, the hints are more for convenience than anything else. I didn’t want the player to have to quit and check the binds screen to remember binds. 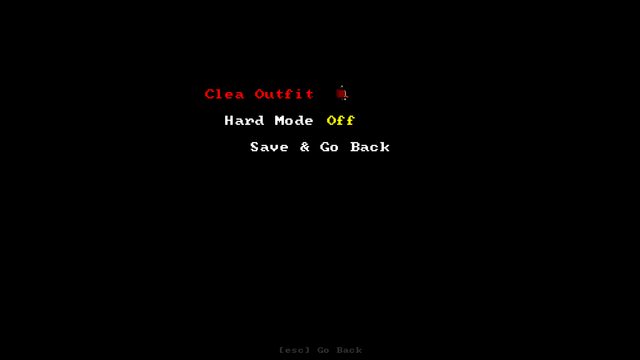 I’ve started creating the extras screen for Turnover. At the moment, it allows the selection of alternate looks for Clea, as well as enabling Hard Mode (which is not implemented yet). These features will be available to the higher tier KickStarter backers at first, and then will be unlocked in general release further down the road. I don’t have a set timeline for when they will be available for everyone.

Animation work continues on. Above is the new burn death animation for the Sentinel, with flailing arms and charred remains. I went back through all of the enemies and added new burn and normal death animations for each one.

Still working on interaction with fire. Now, water bottles and fire extinguisher spray will be “halted” by fire and put it out accordingly. This should reduce any annoying aiming issues, like having to be incredibly accurate to put our fire.

Aside from what’s already noted, here’s the recent changes since the last progress report.