Tsardoms Total War presents the latest faction: the Kingdom of Bohemia. This will be a unique faction which will get to choose whether to side with the Hussites or with the Catholic Crusaders with vastly different outcomes gameplay wise.

The Kingdom of Bohemia 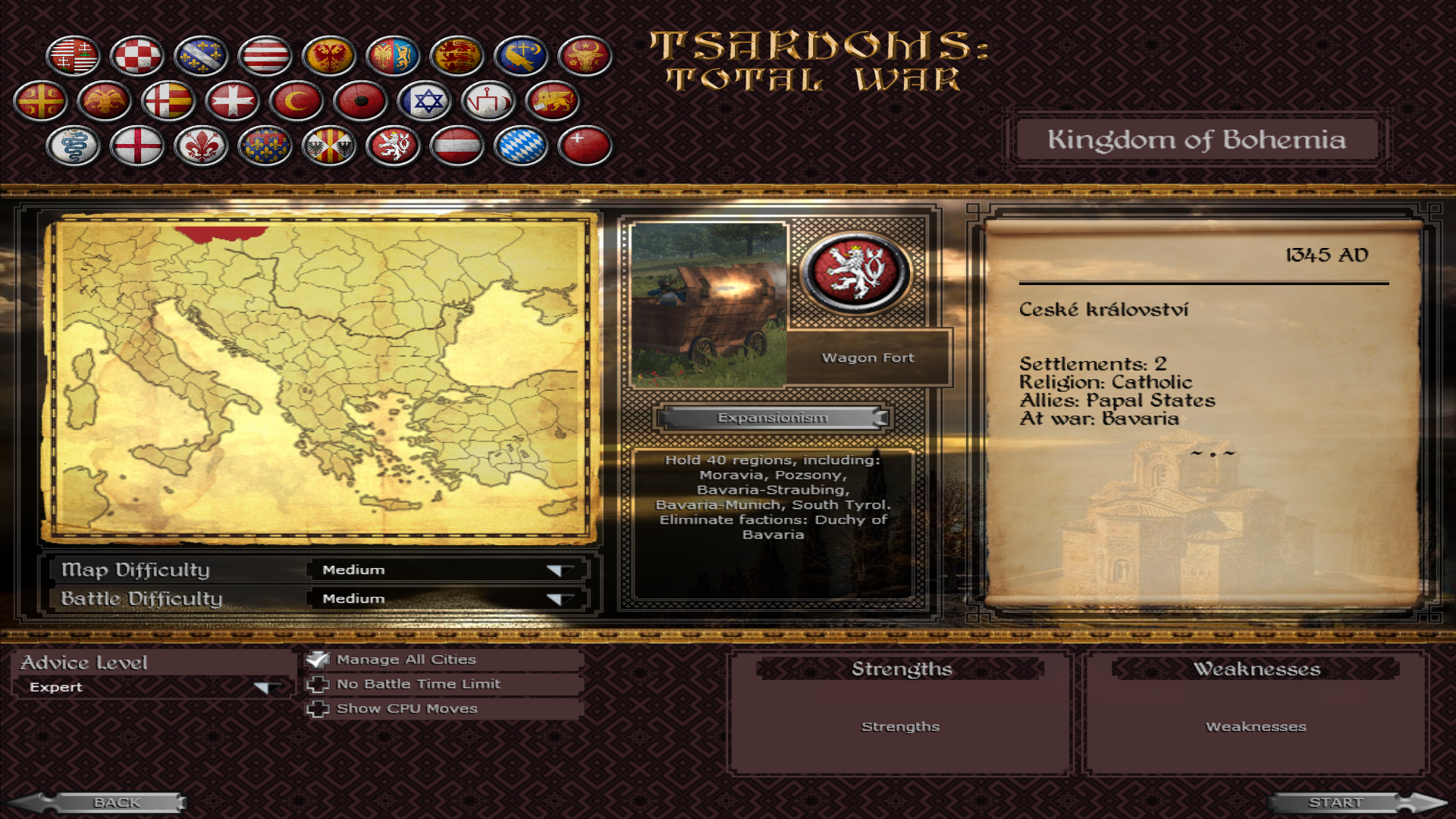 In the next version we have decided to replace the Shadow Hungary faction with the Kingdom of Bohemia. The reasons are many including the fact that AI Hungary could not handle the emergence of Shadow Hungary and it led to the faction being handicapped.

On the other side, if the player is using Hungary they find it very easy to wipe out Shadow Hungary. As such, we believe that it is better to use that faction slot for a playable faction and replace Shadow Hungary with various scripted and historical rebellions in Hungary.

Bohemia will have a host of interesting scripts including the choice between staying Catholic or converting to Hussitism which will be a new religion. If the player chooses the Hussites all sorts of hussite units and heroes will become available. 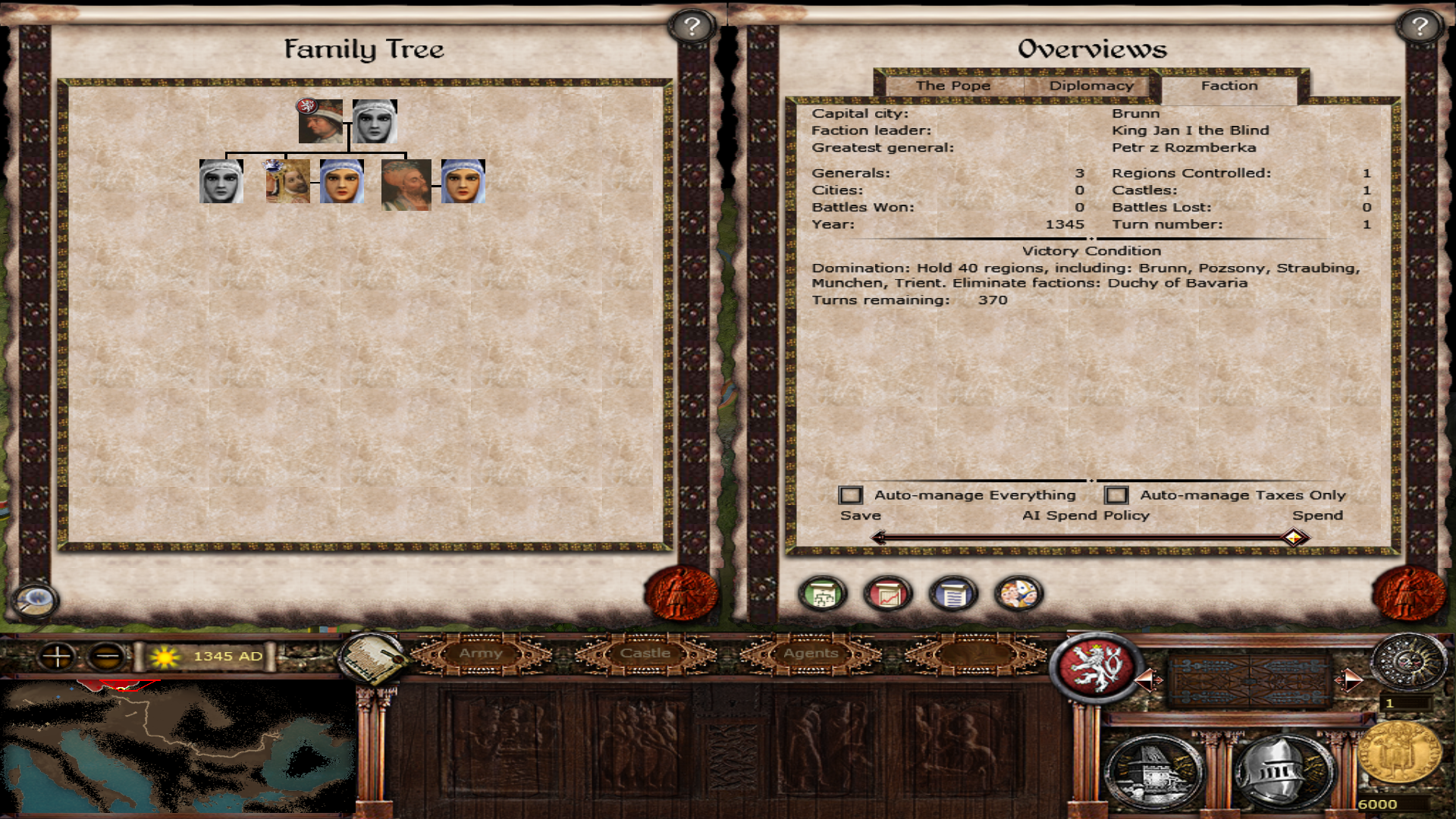 Map - the faction will have two settlements: Brunn and Budweis 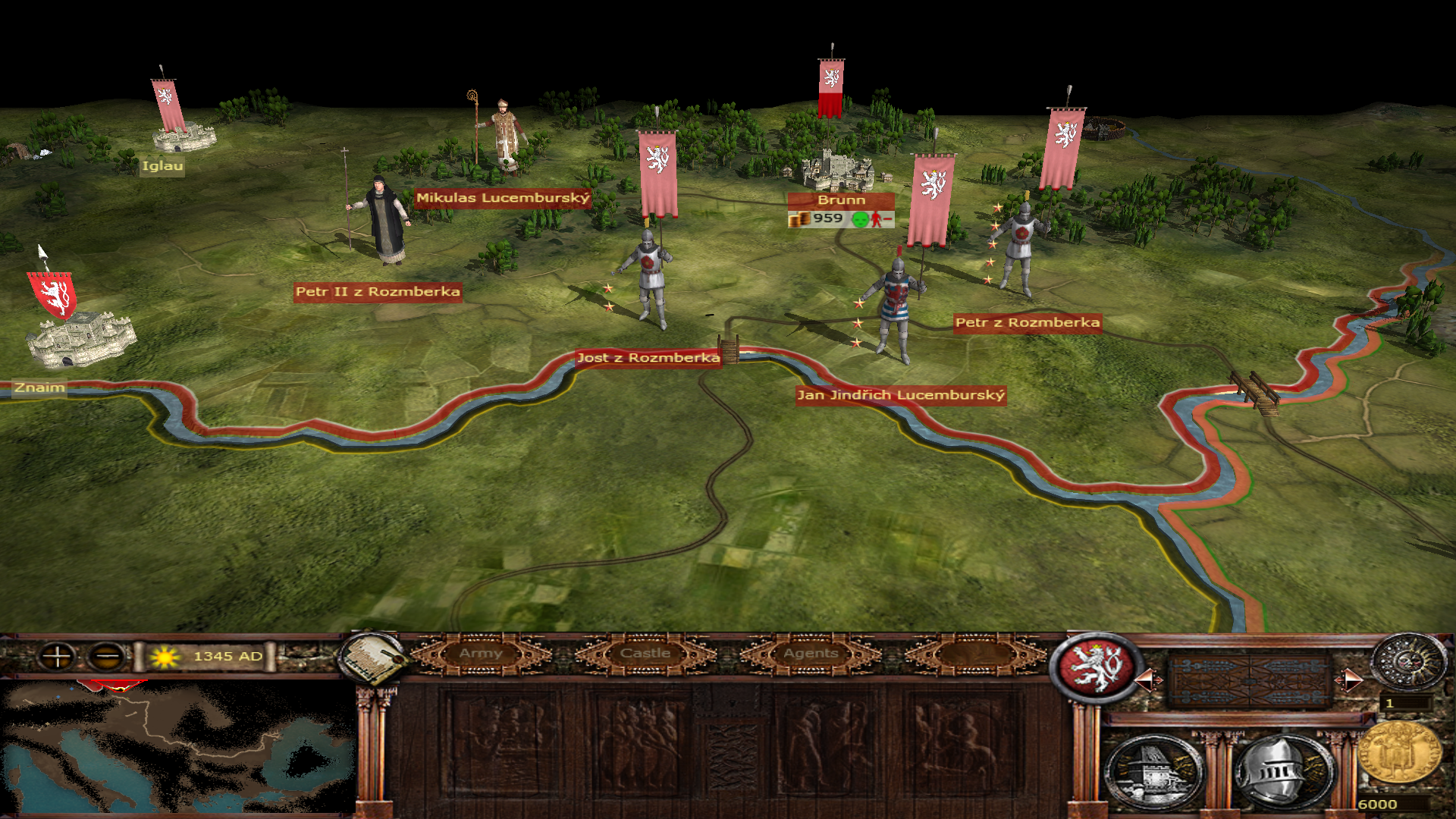 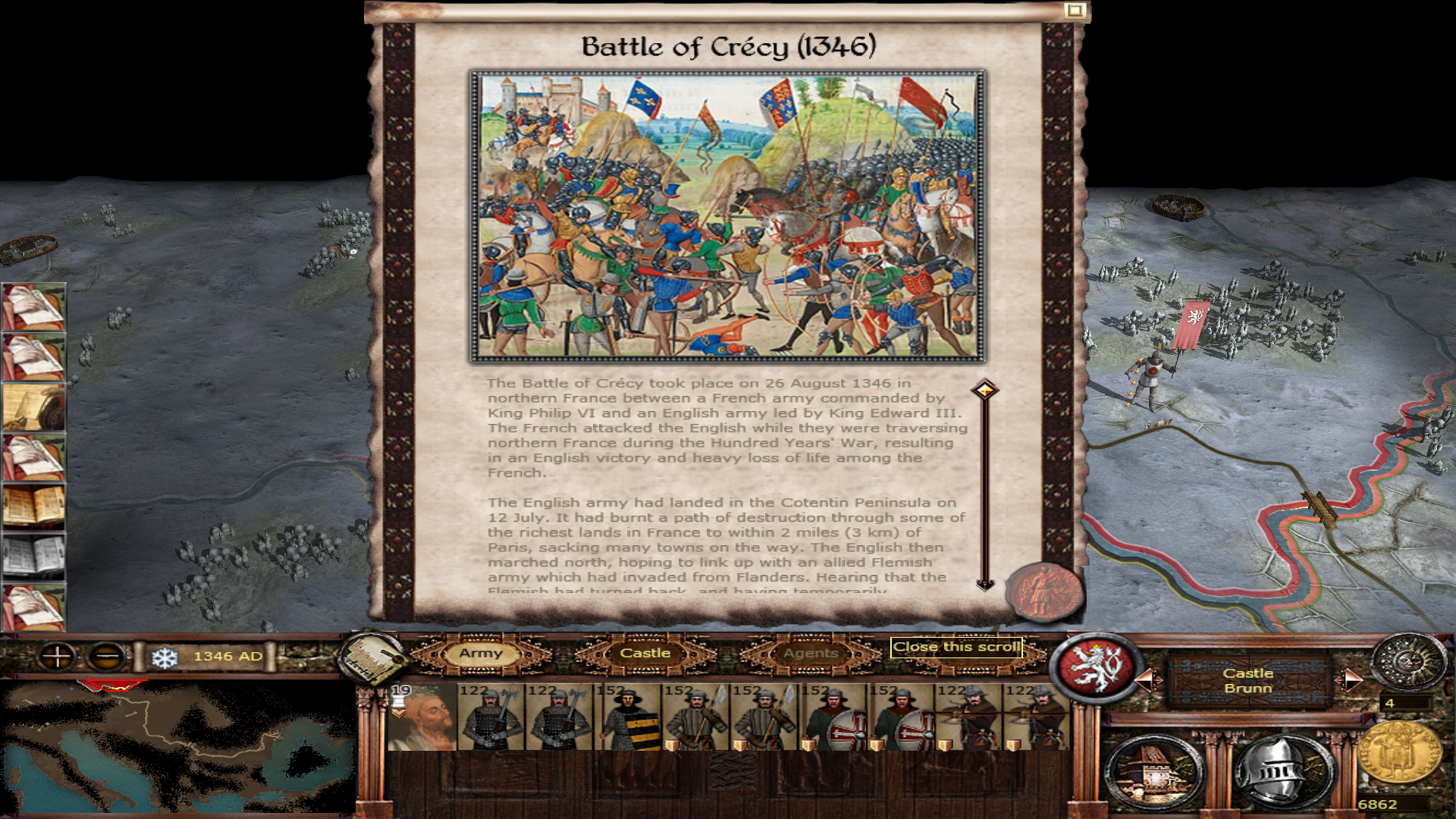 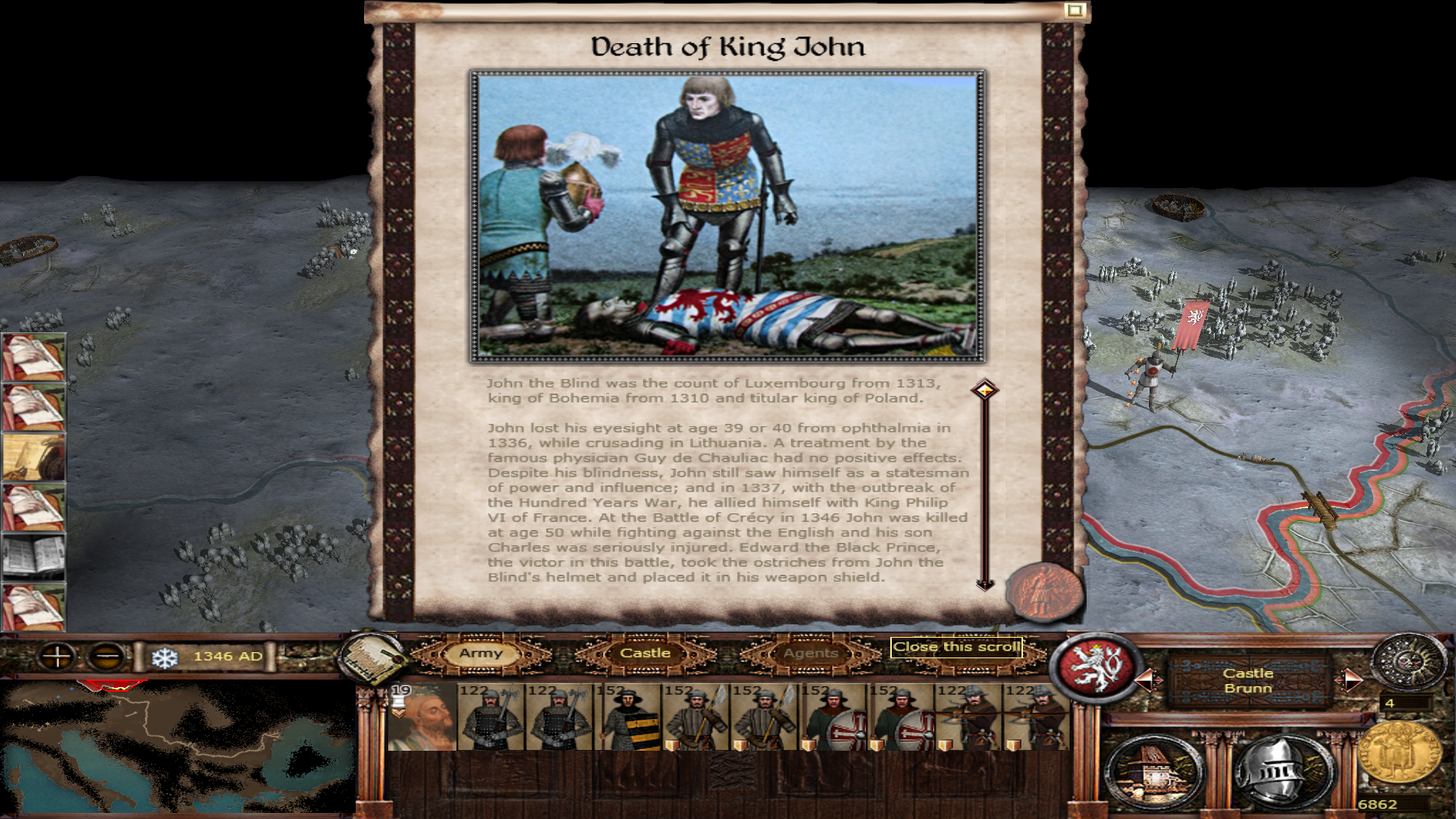 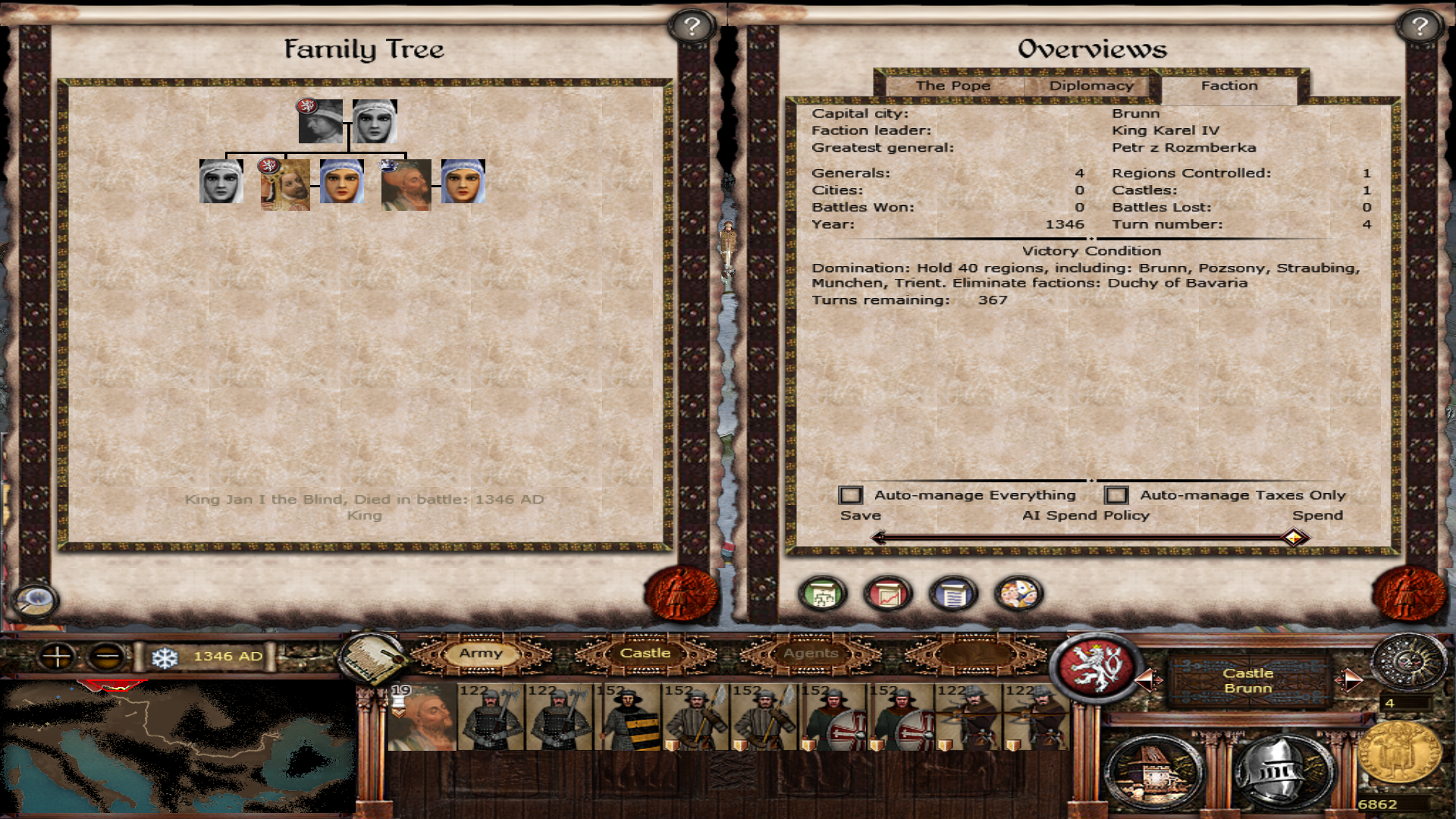 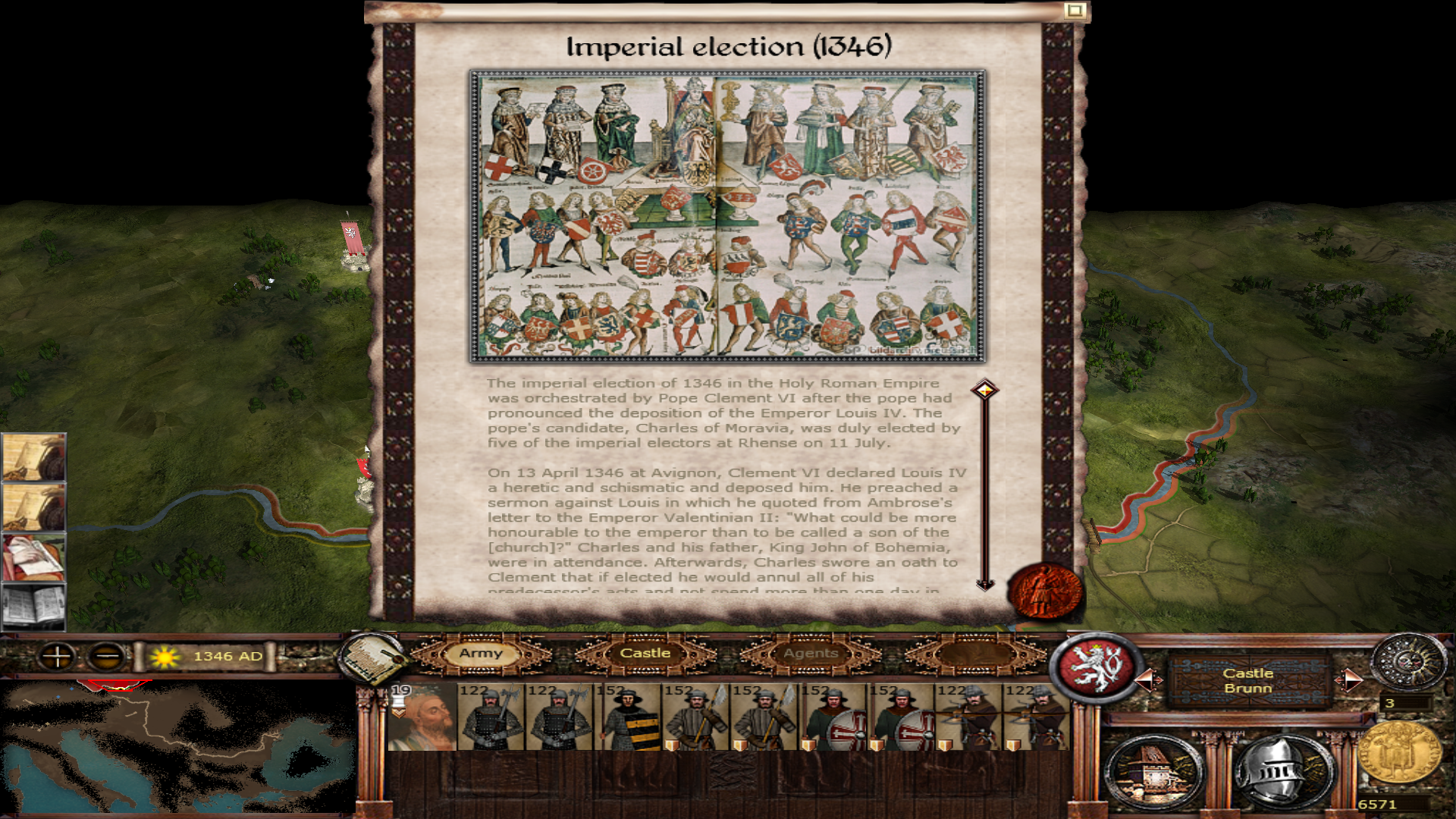 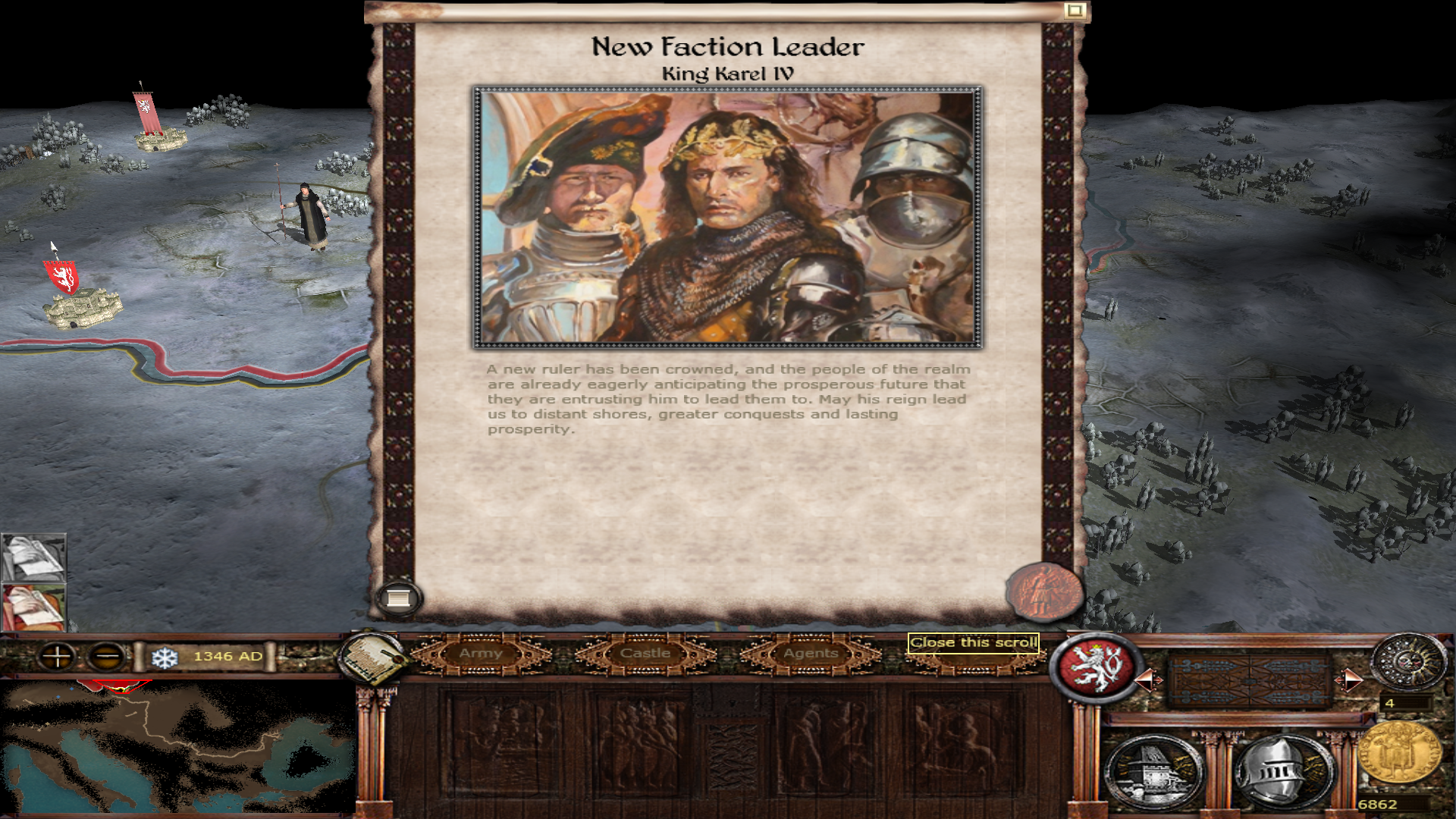 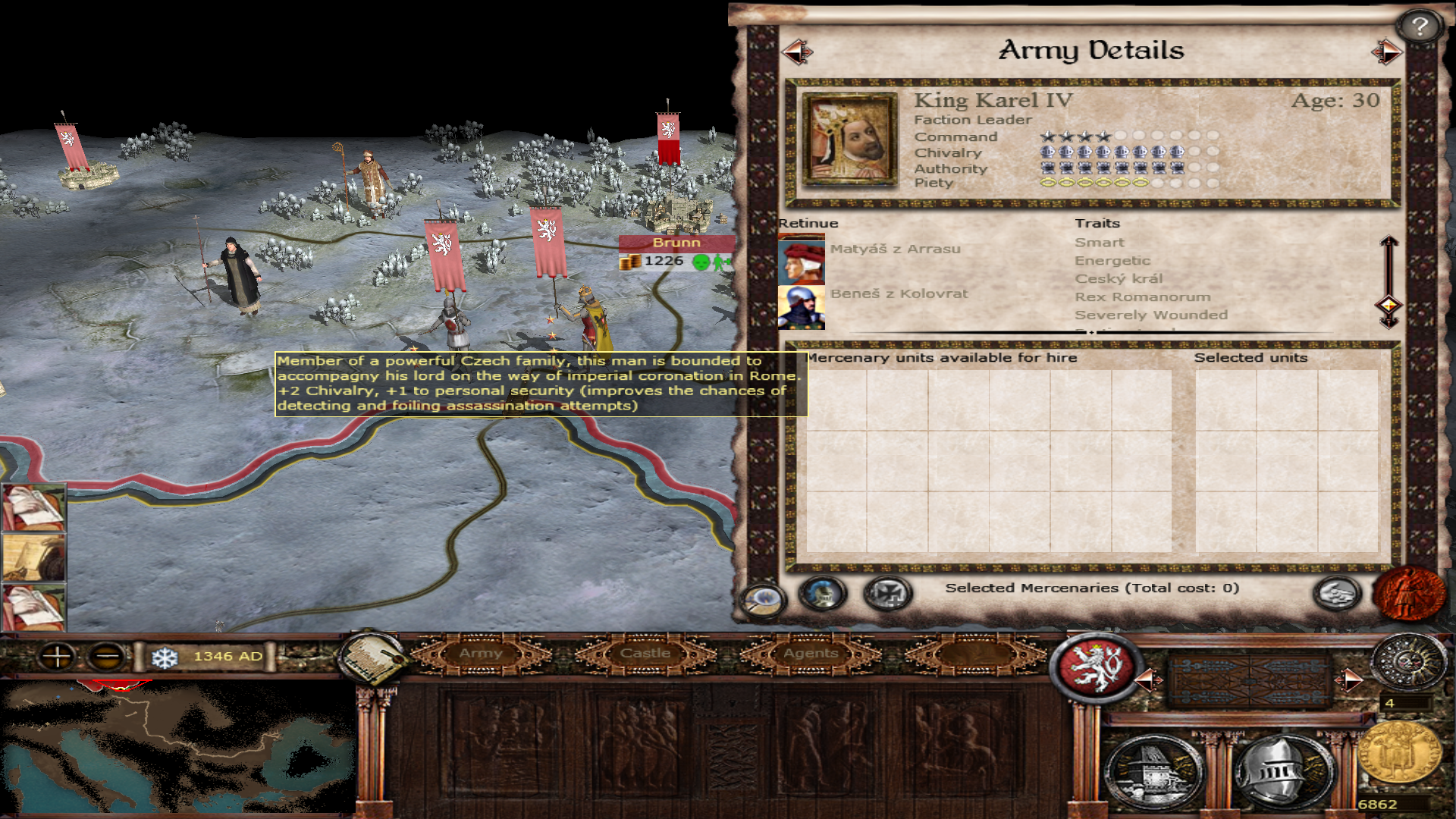 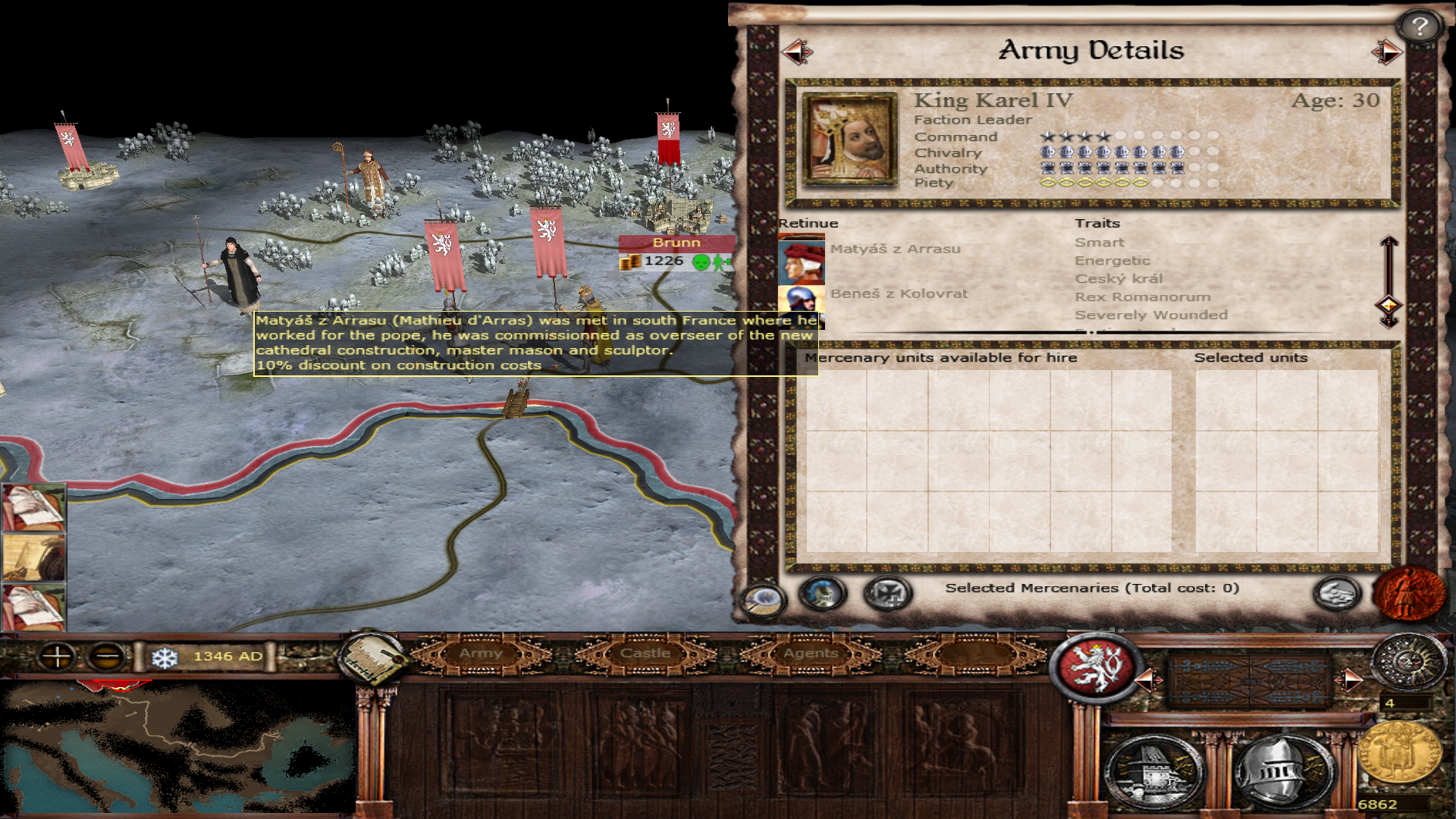 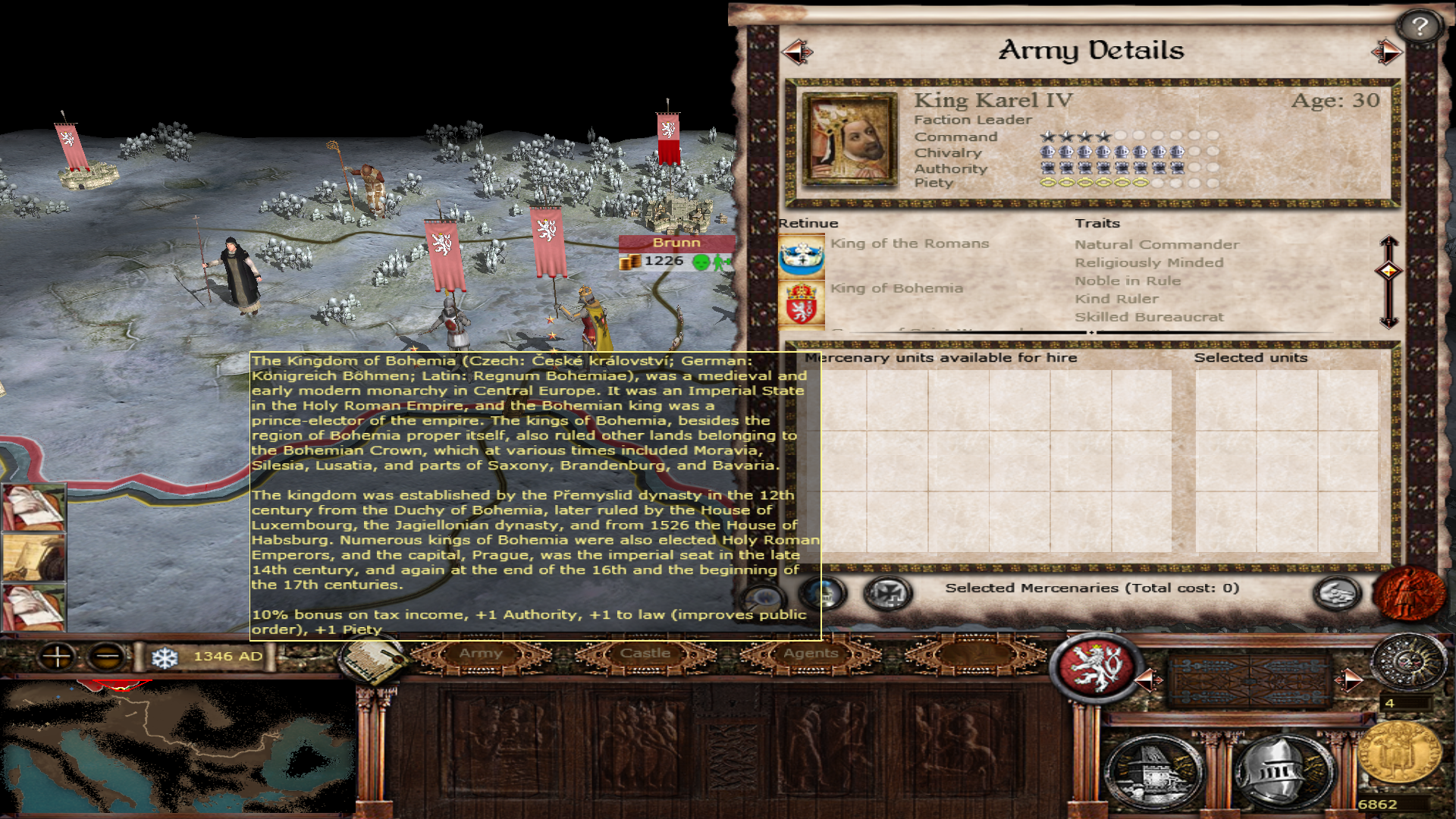 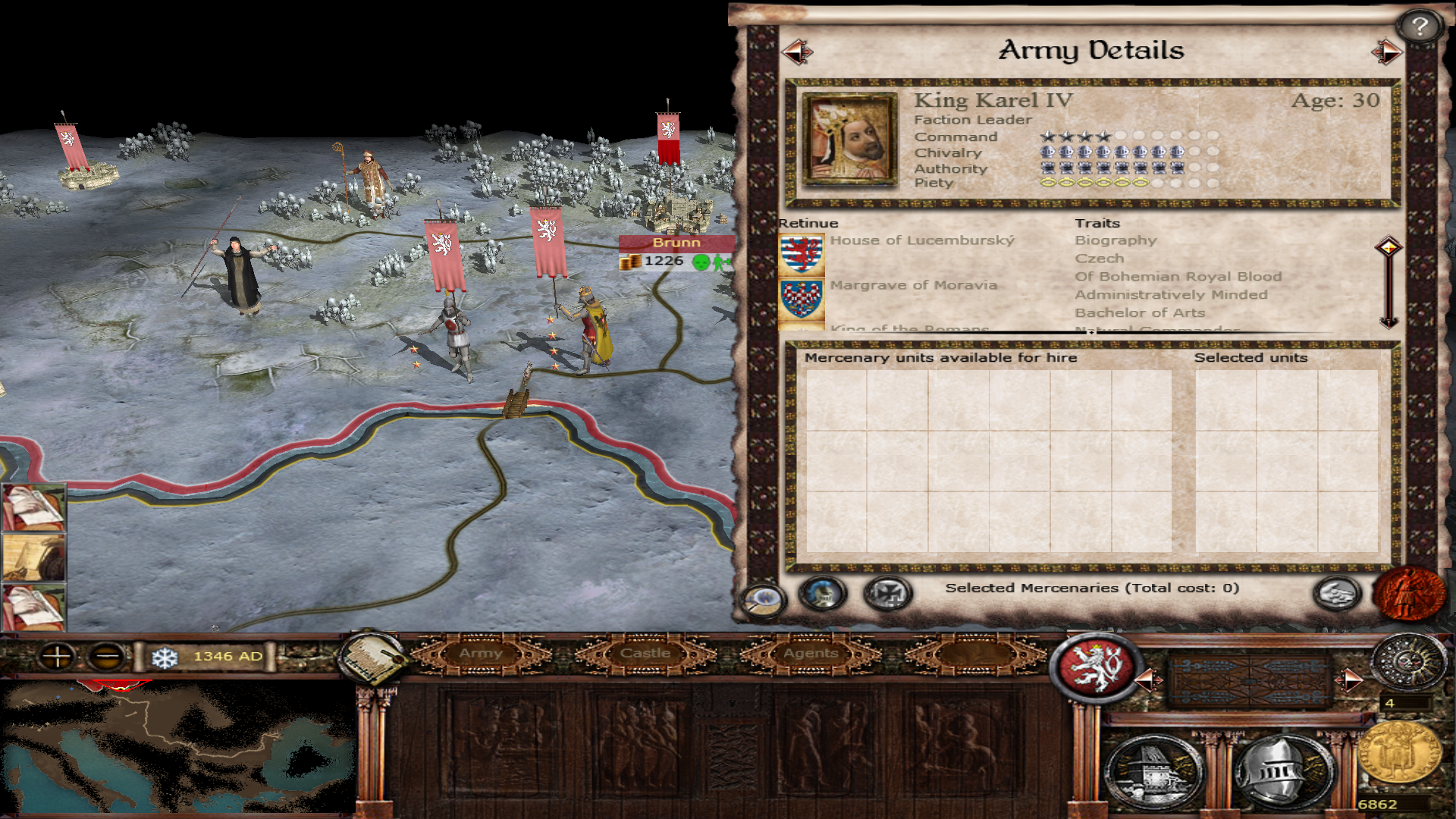 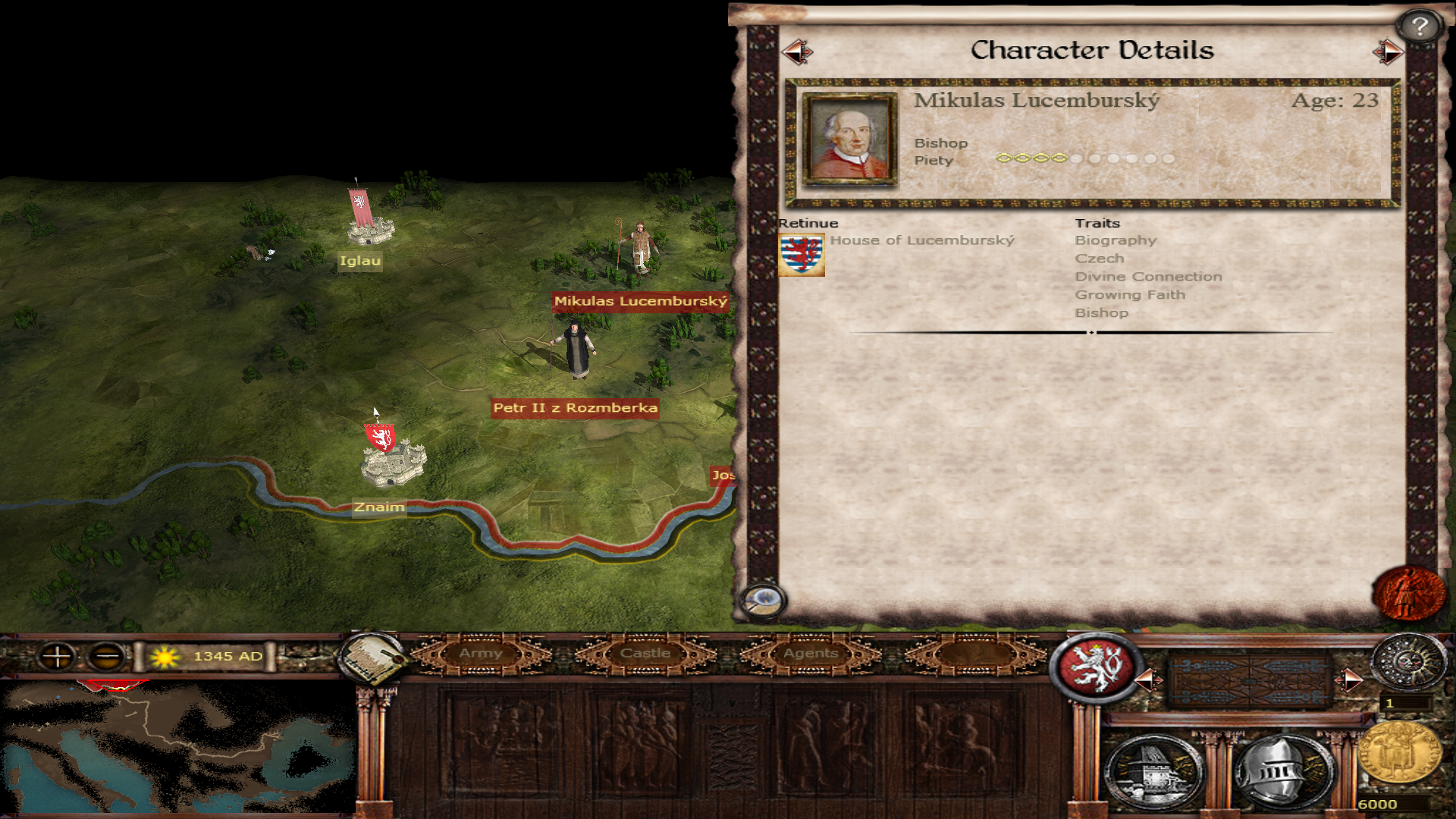 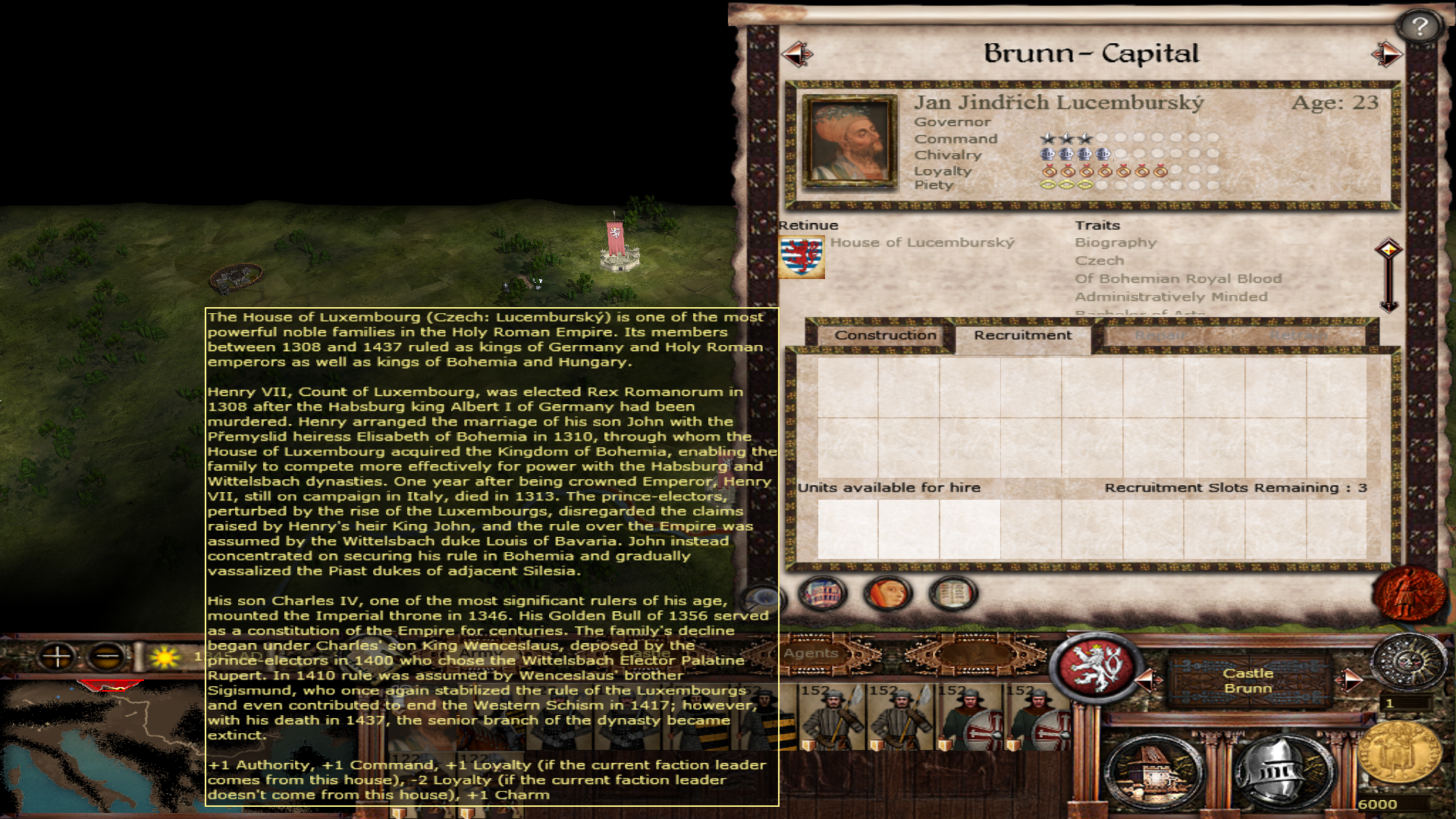 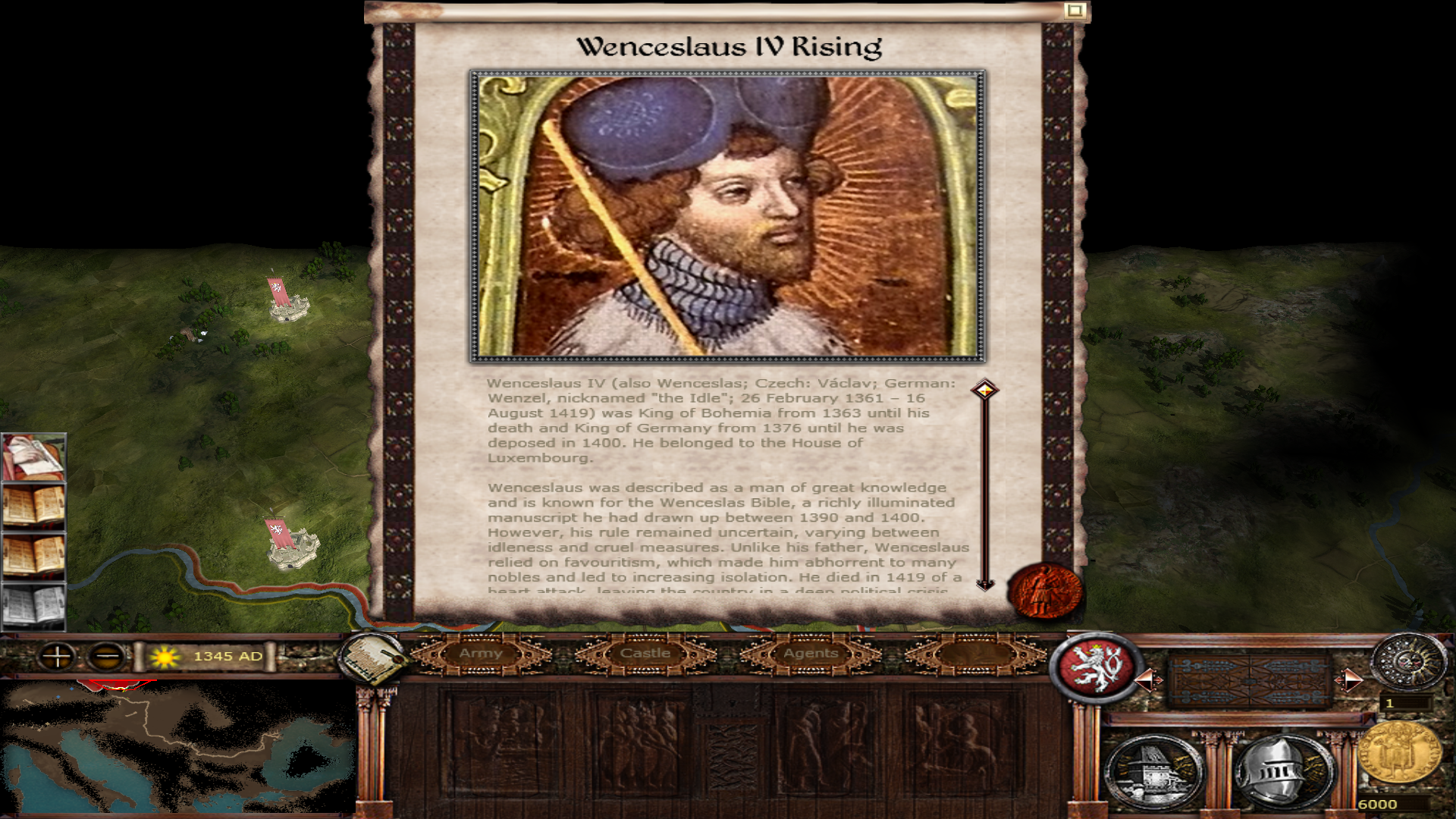 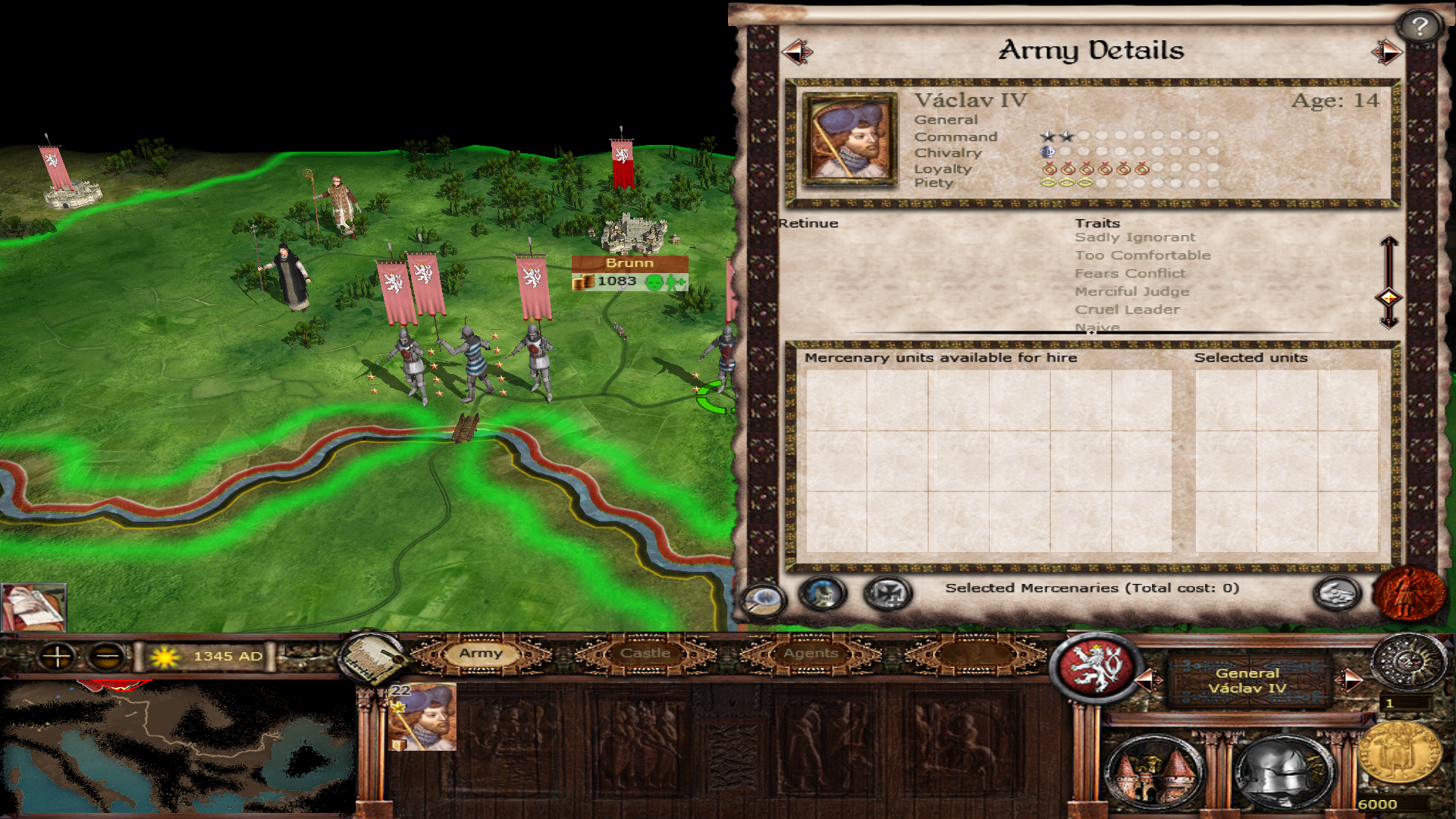 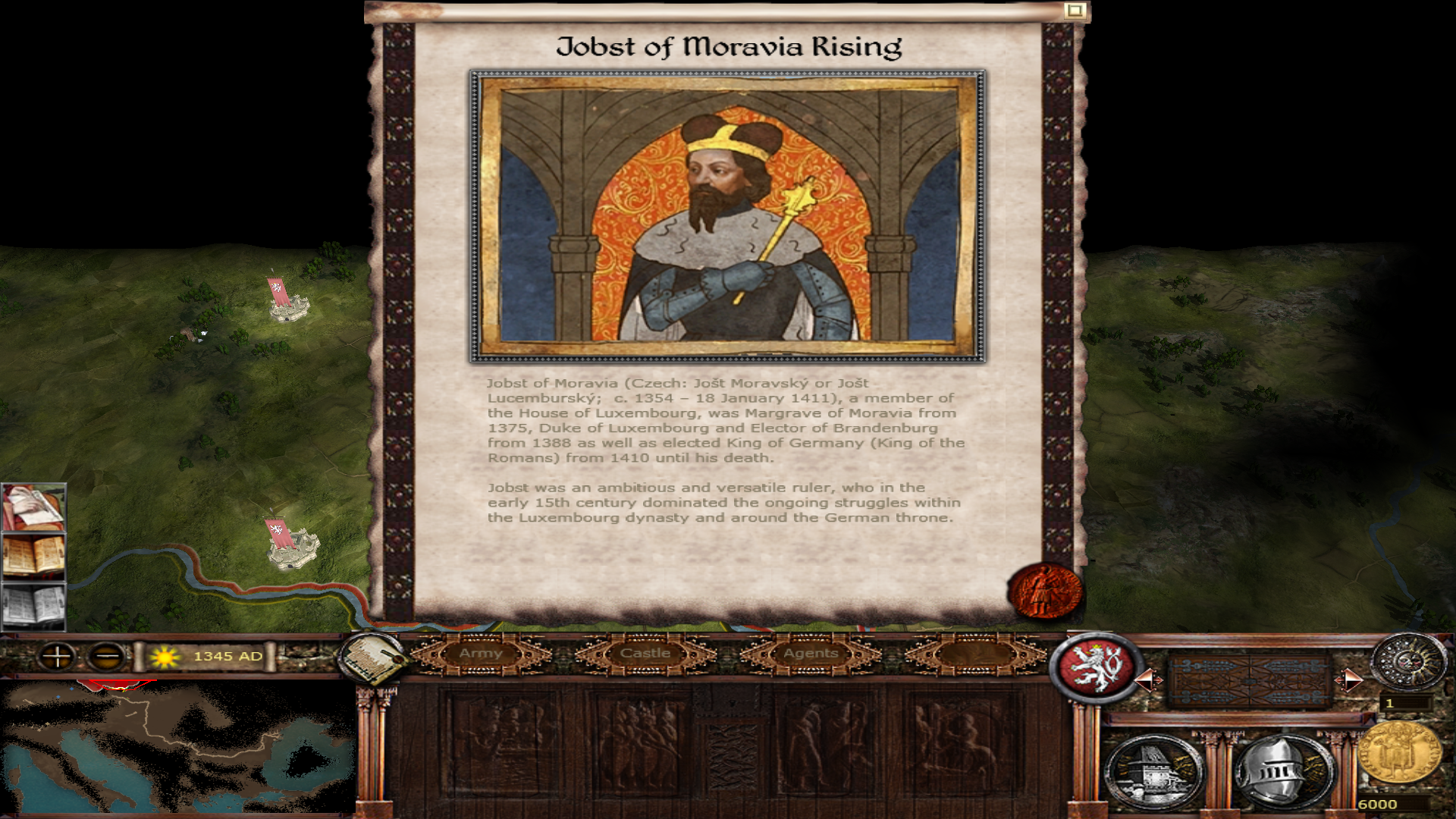 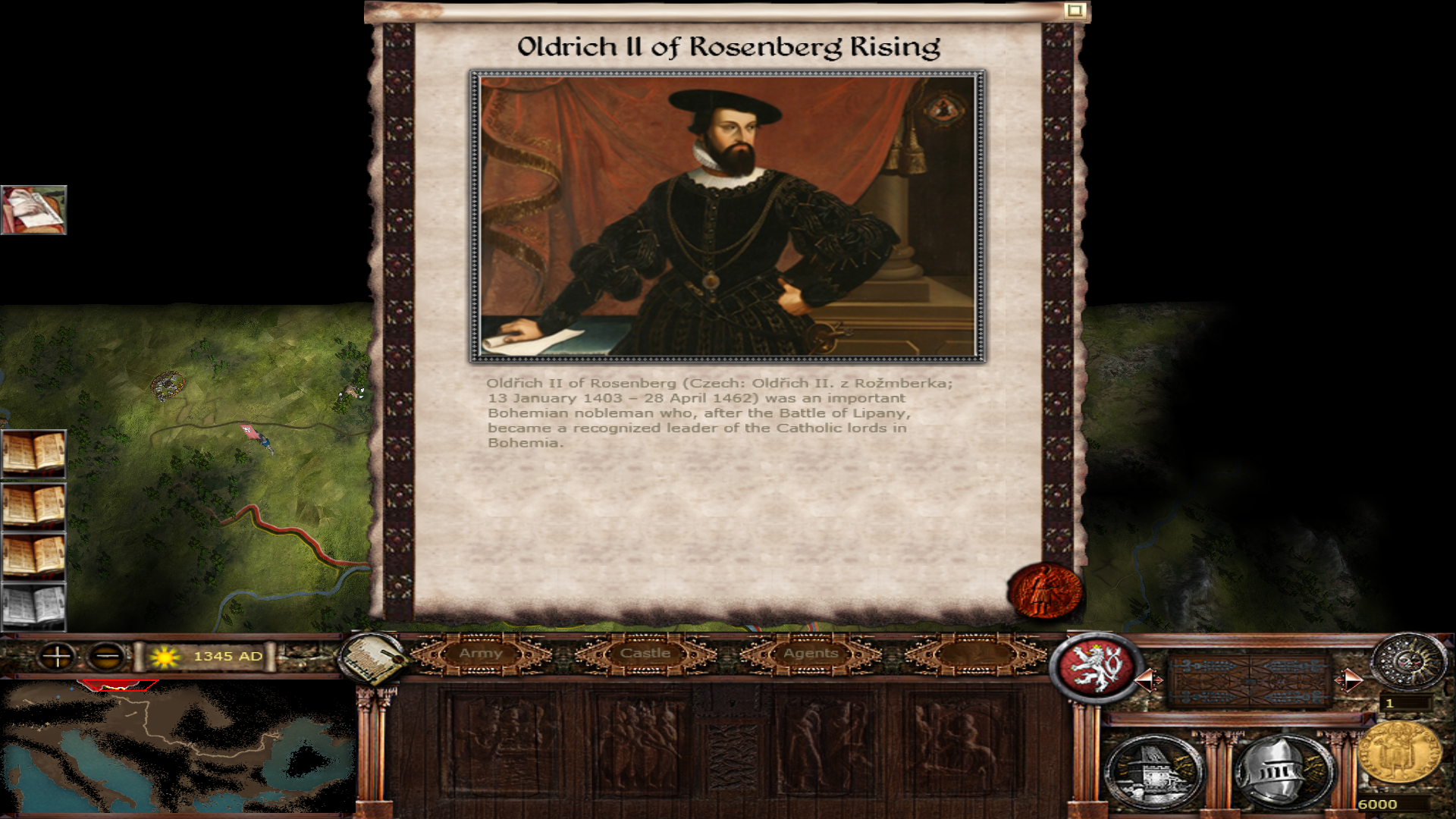 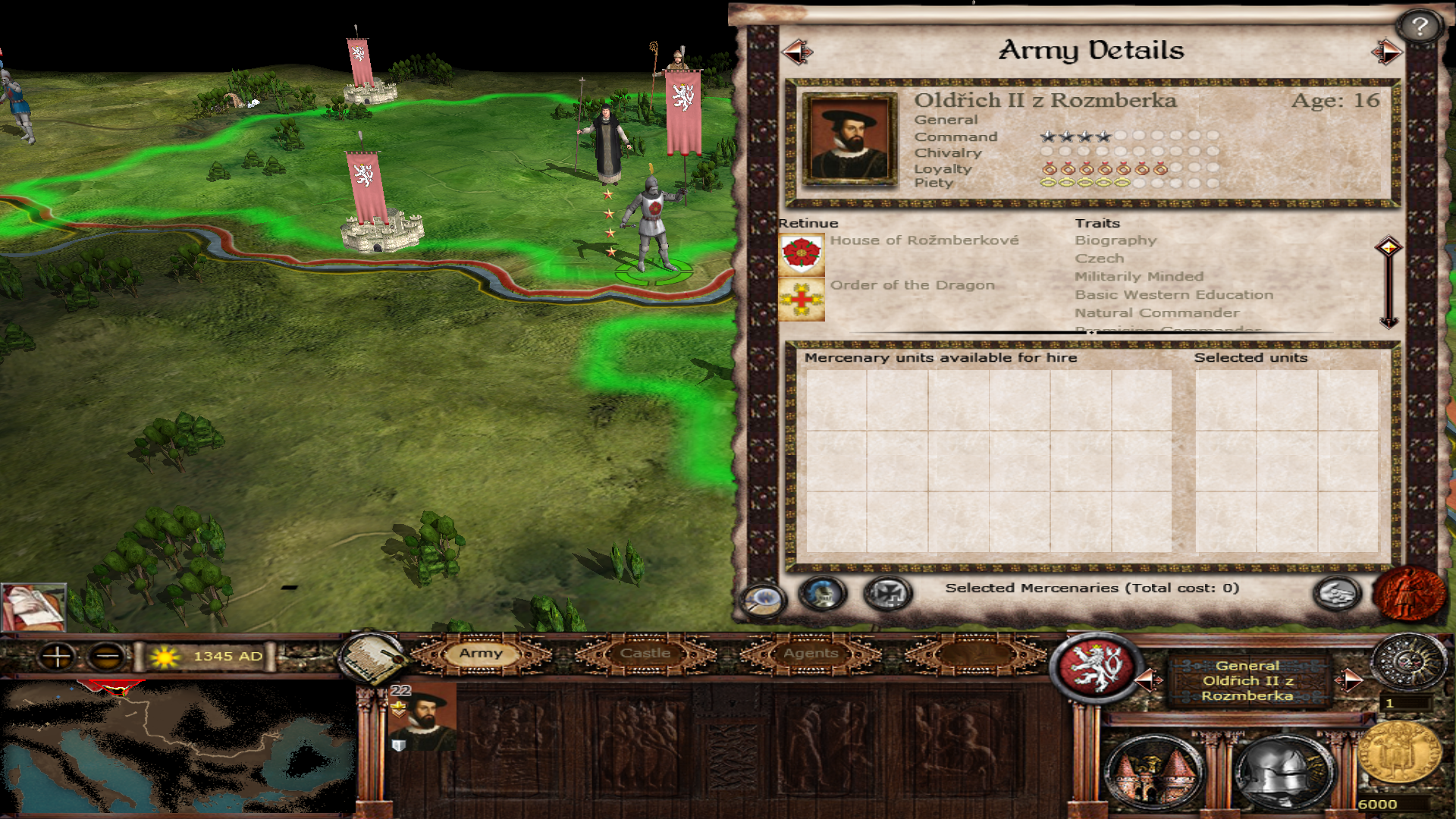 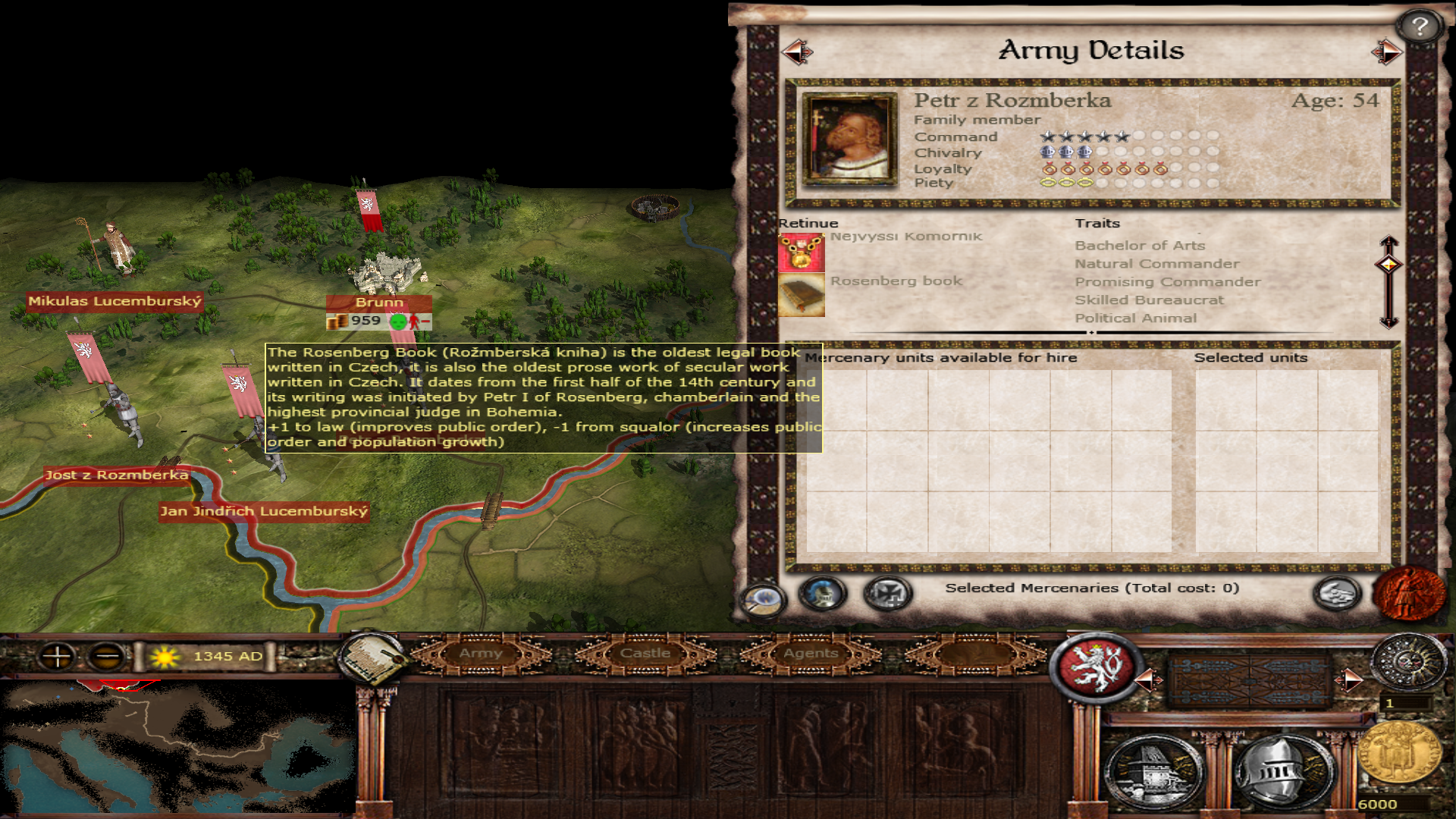 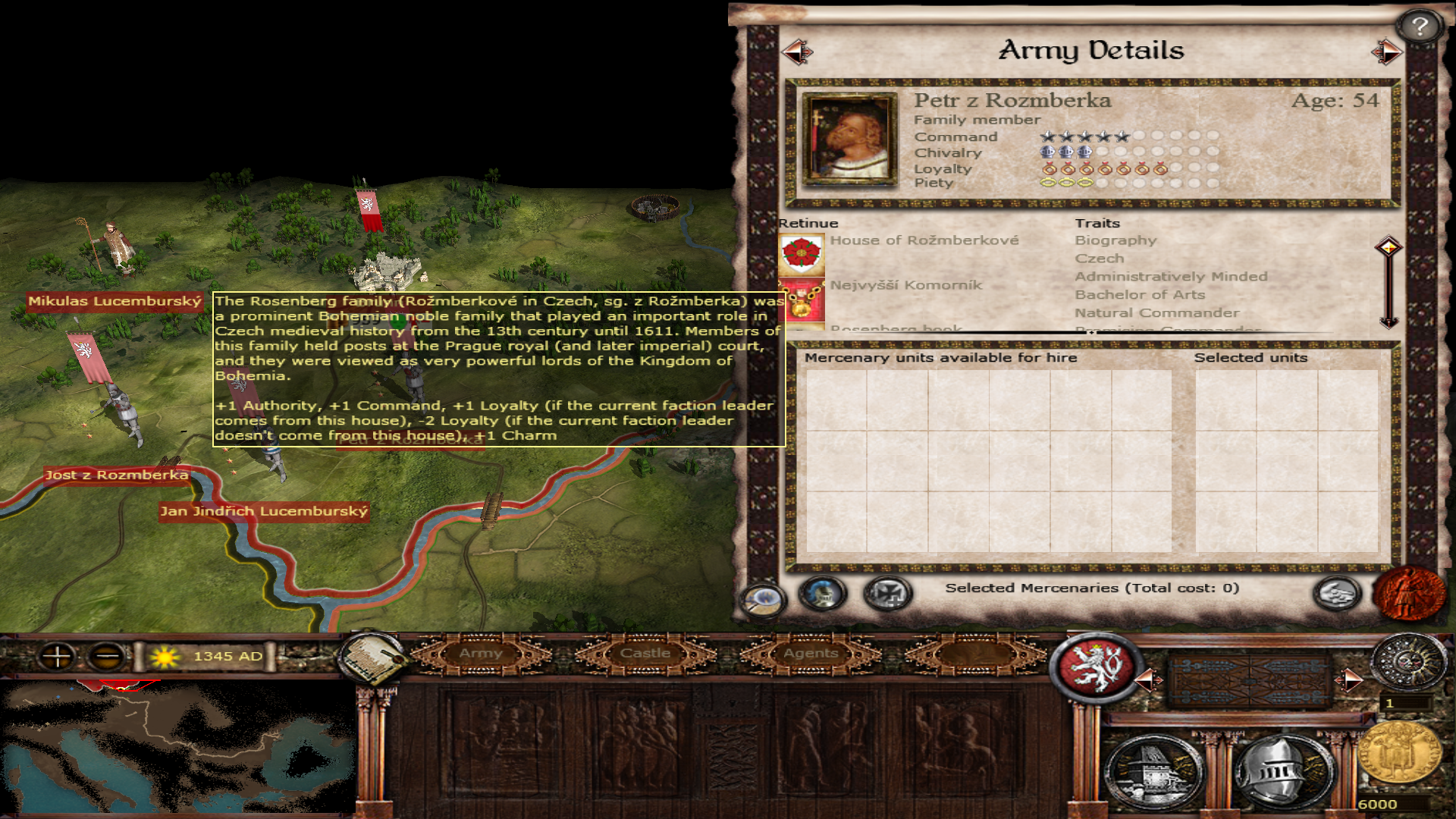 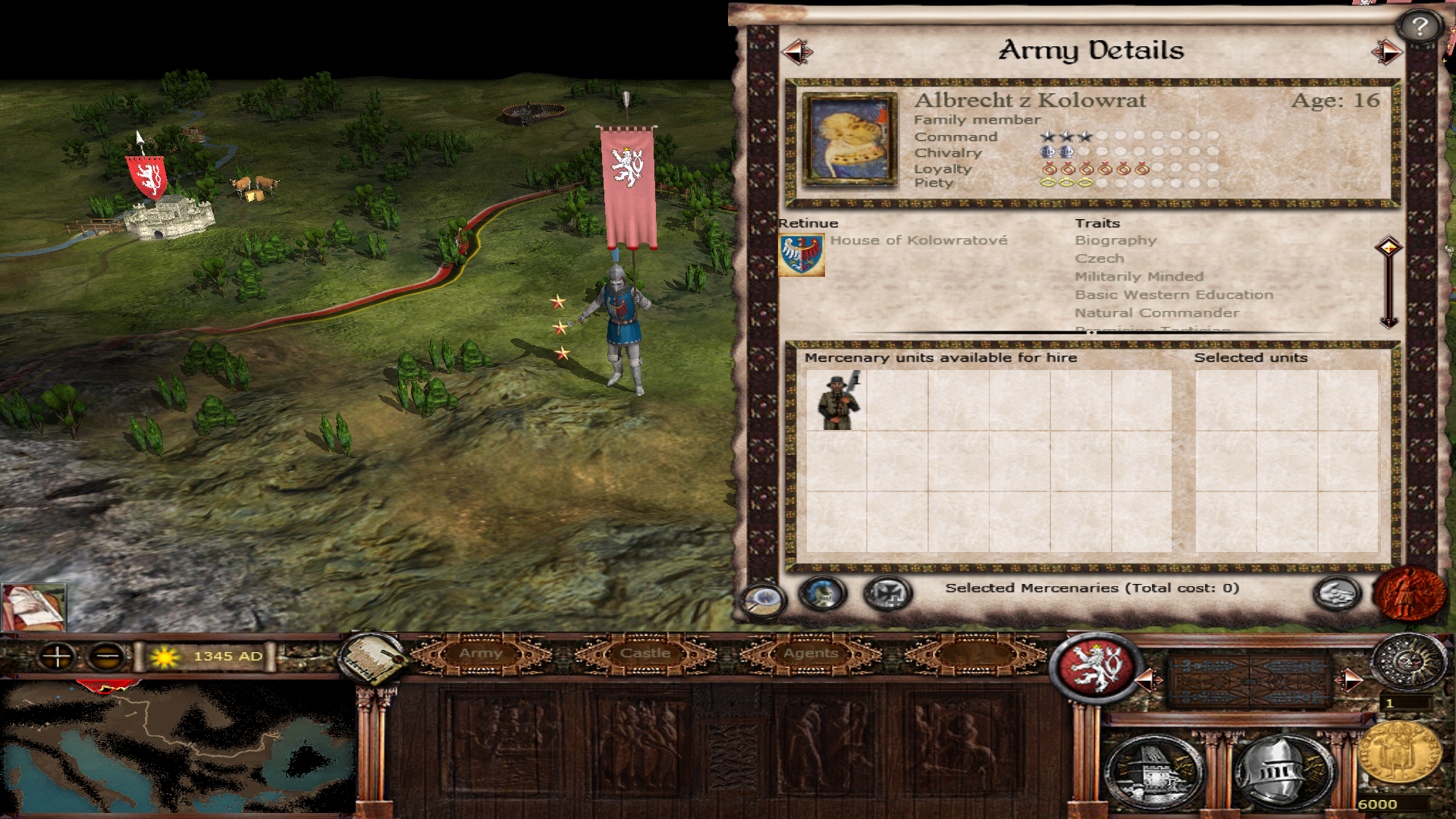 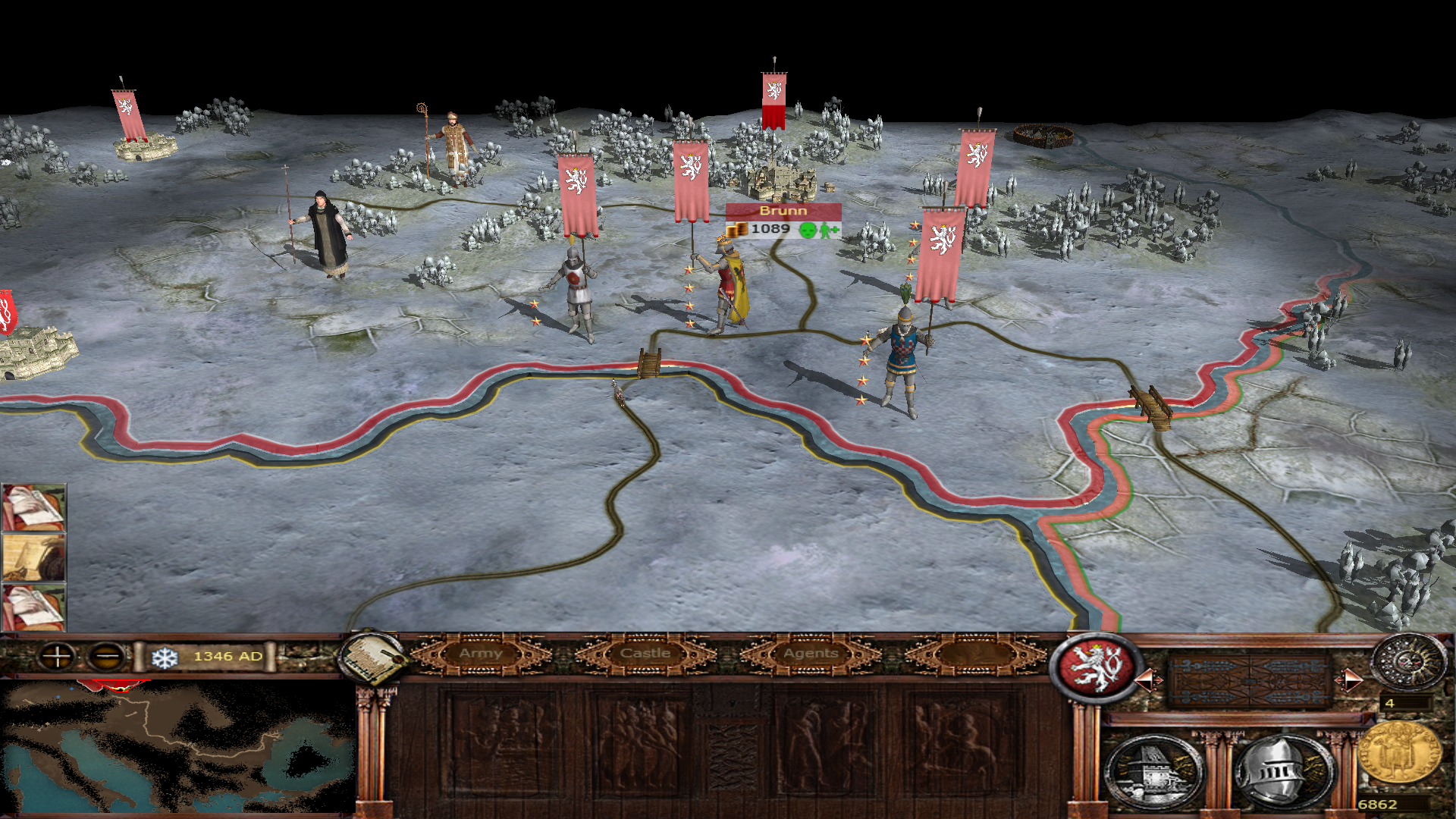 Depending on the player choice these heroes will either be playable (in case of choosing the Hussites) or they will be spawned rebels. 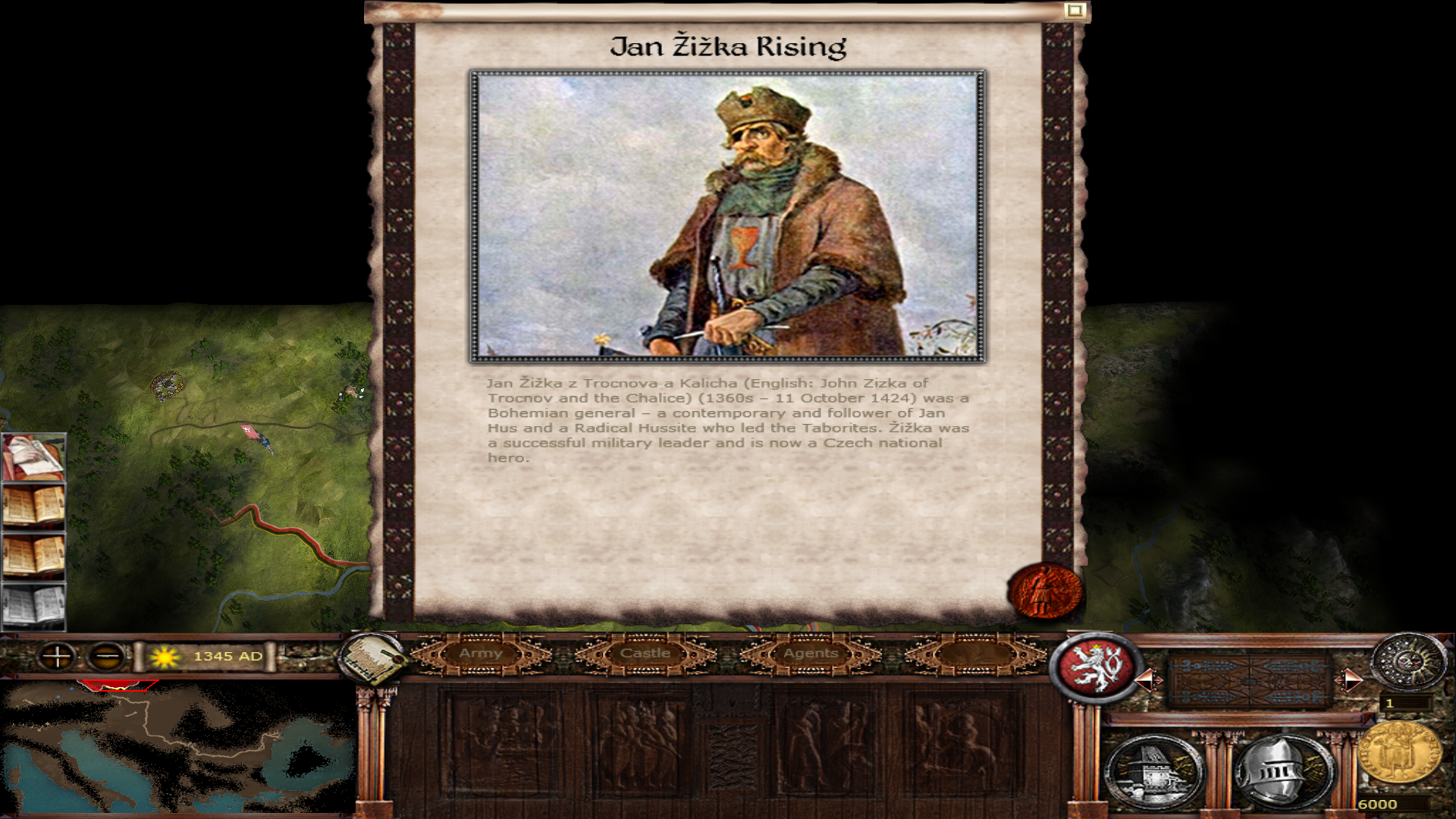 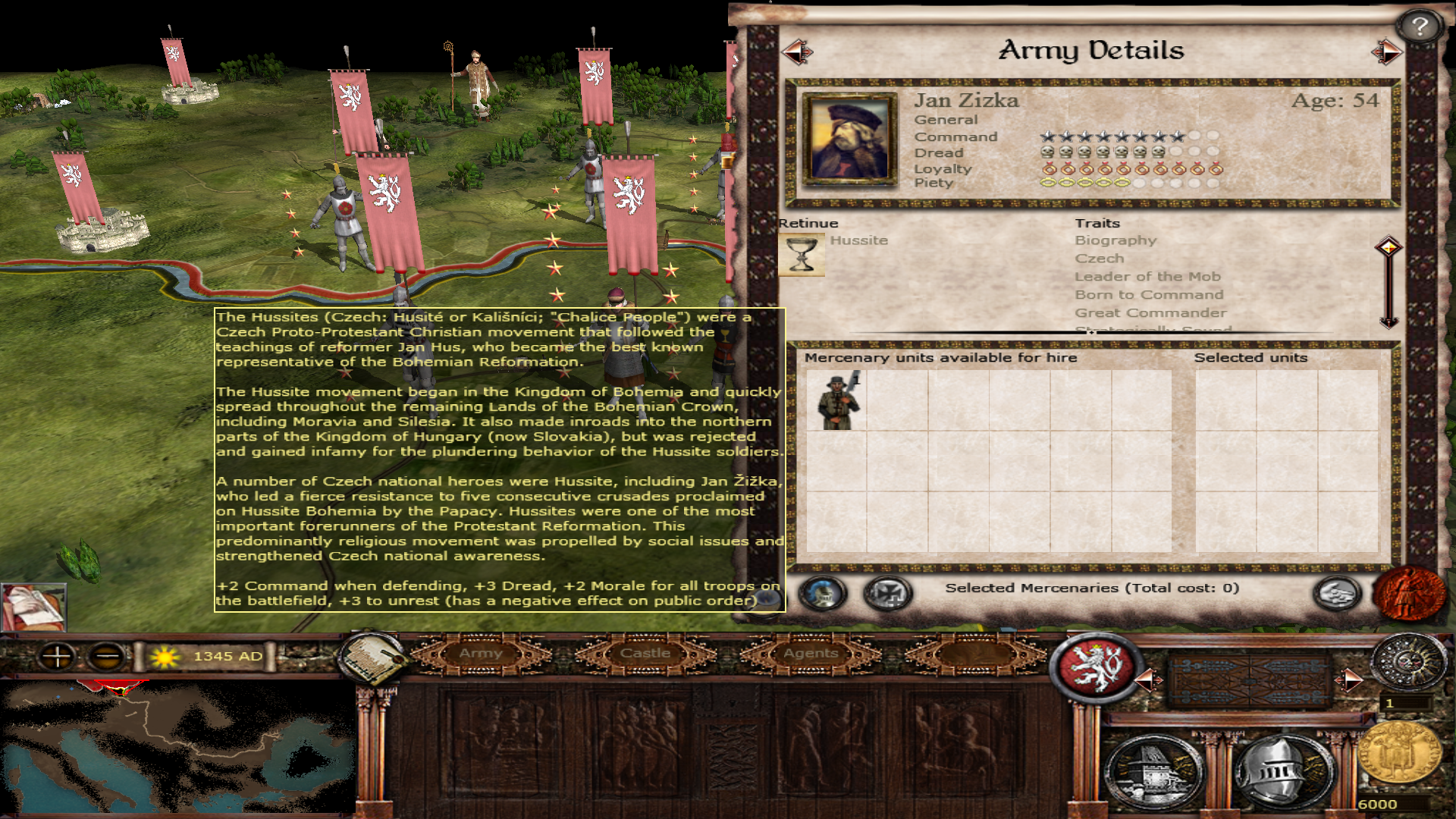 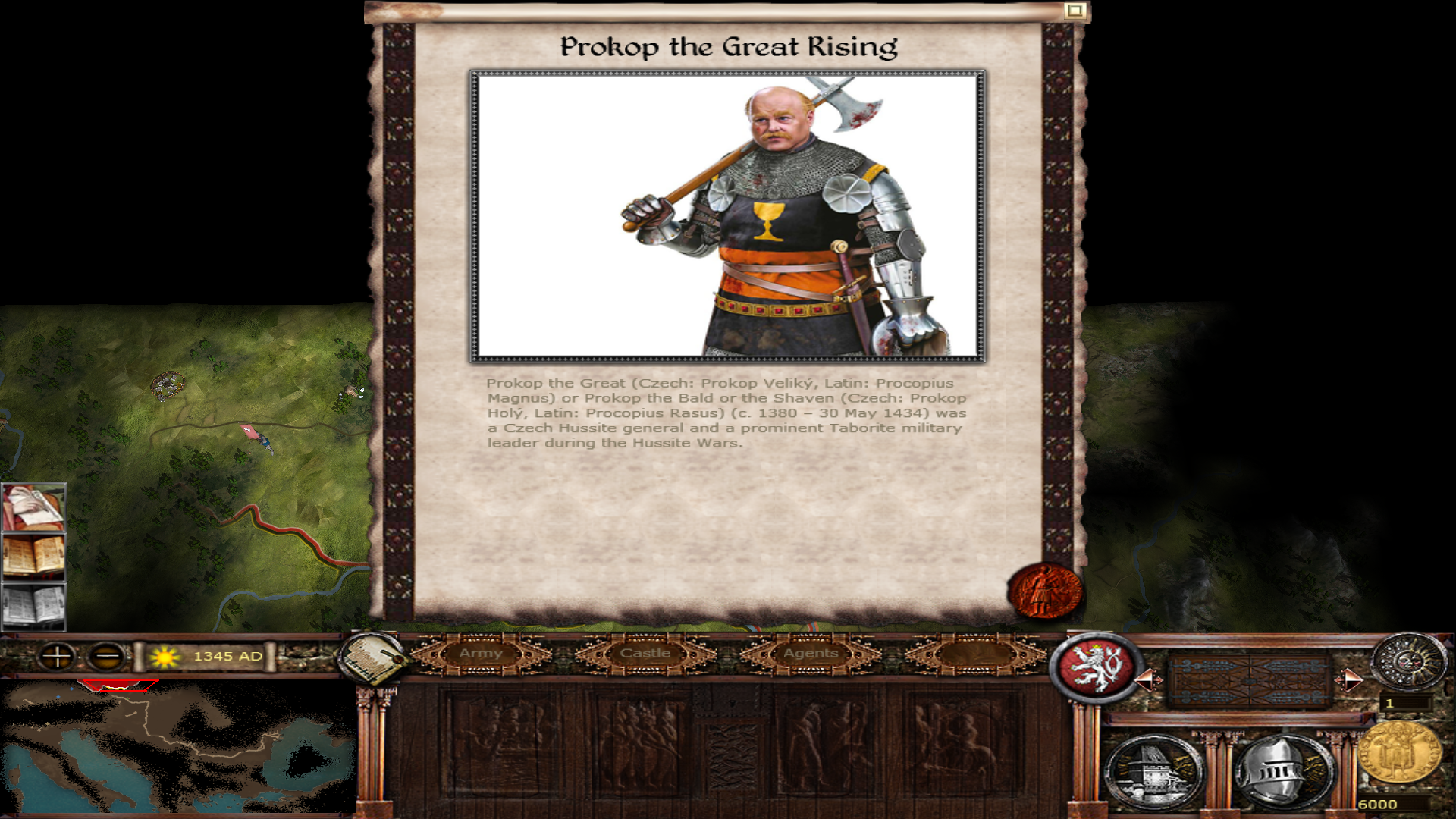 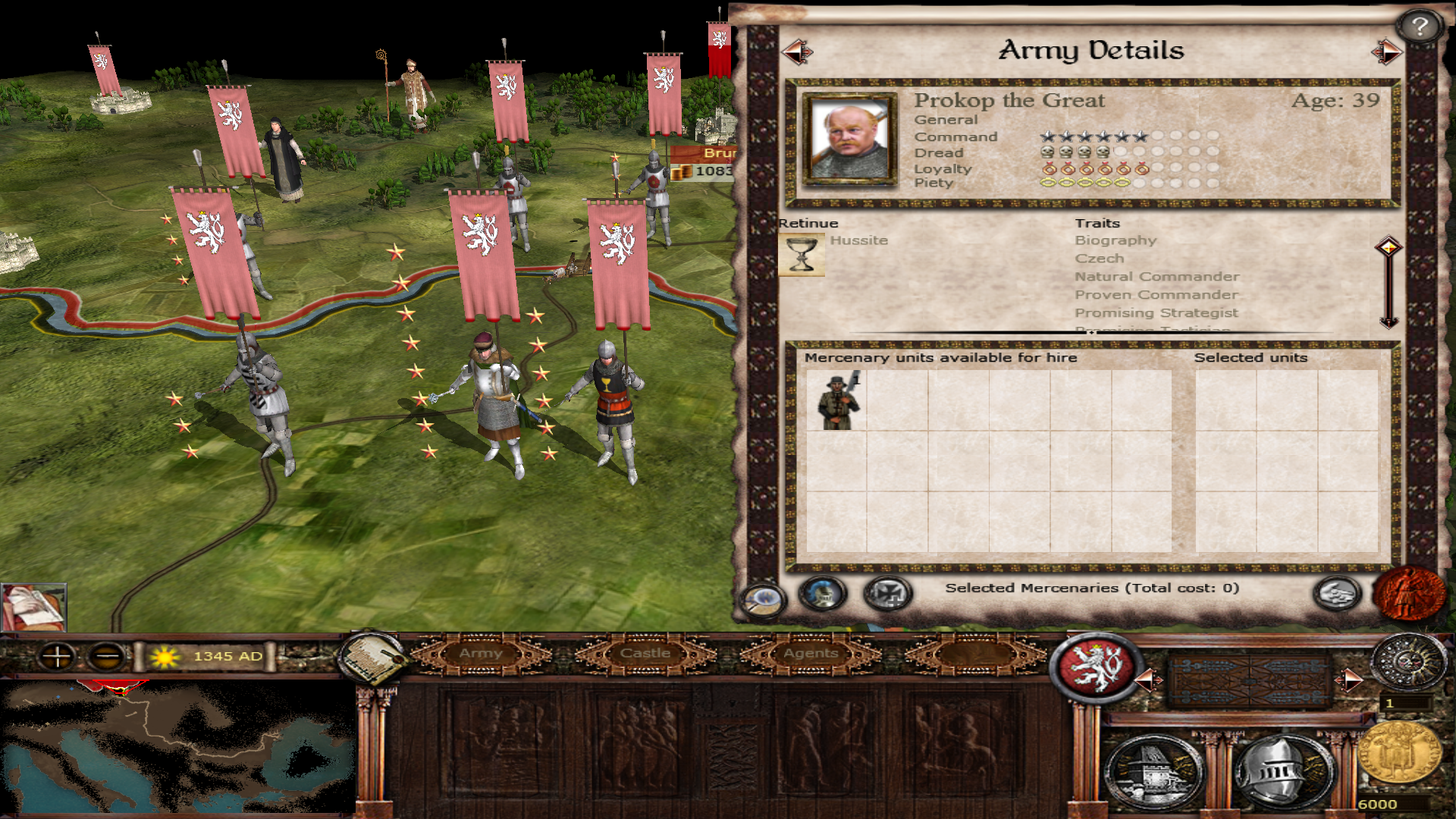 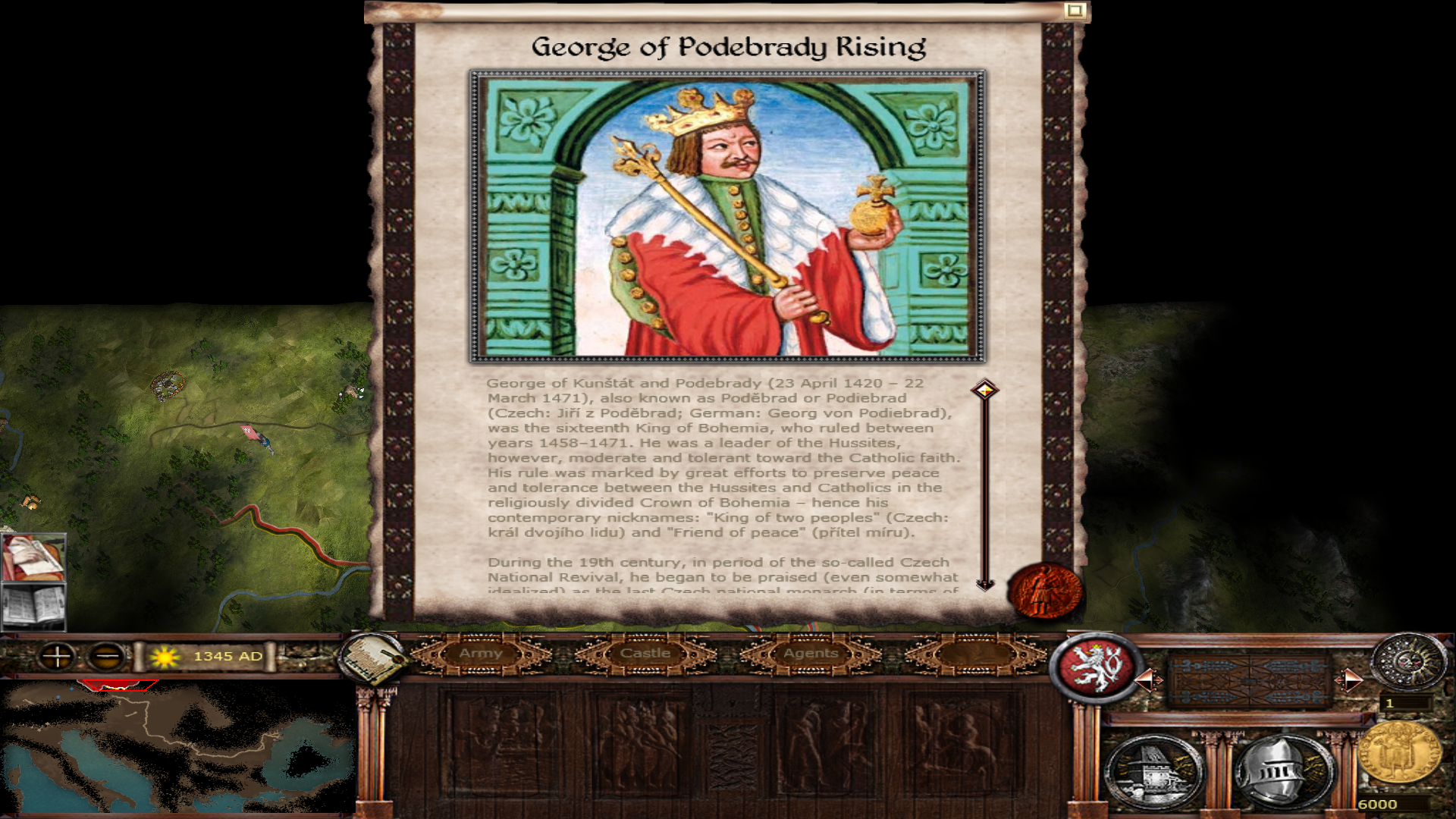 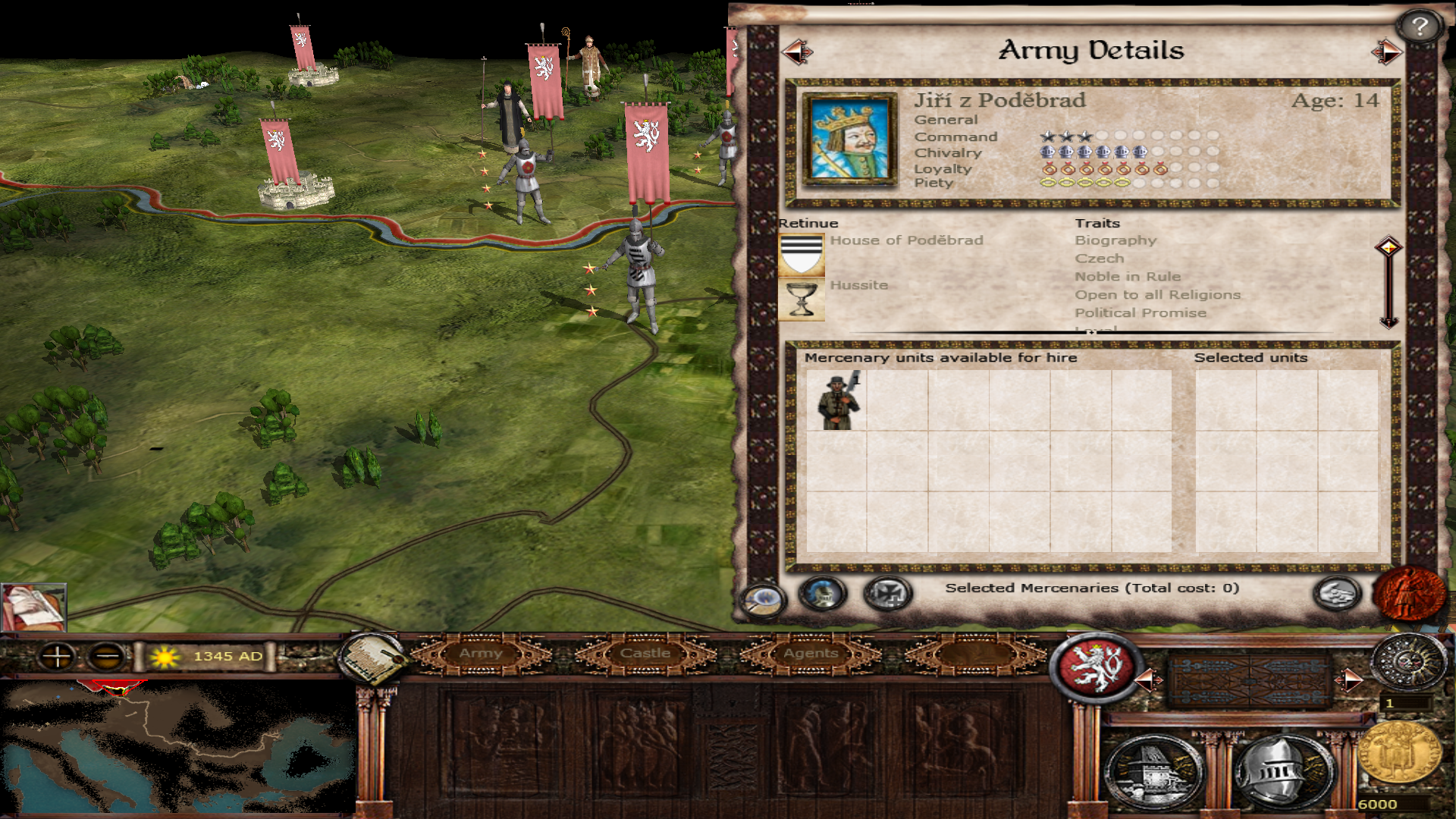 I'm looking forward :) Thanks from the Czech Republic :)

hey henry's come to see us

It won't be too soon. Probably at least a couple of months if not more

so i listen to the Hussite War in "Feature History" YT Channel, and he talk about a unique type of waging war made by the Hussites, "War Wagons", now then, how will this be included into the game? spawn them like the archers "Can deploy stakes"? or as a separate unit with elephants stats or war chariots?

They are already in the mod, you can use them right now

How can I download this mod? I just find the 1.5. version, but in this version there isn't the Bohemians.

1.5 is the latest version. Bohemia is for the next version which is not out

Thank you for the fast answer. Can we know when will out the next version?

No idea when, we are a hobby team

hei love the mod great but on the next version bohemia on the map dosent have Prauge the capital. is there a reason for dis or gameplay?

Yes, sadly Prague is outside of our map. It is way further North so we can not add it

Best mod period now, I thought it was weird having Hussite units but no state to them. Díky moc!

Happy to hear! Bohemia wasn't a planned faction. The hussite units were initially created as mercs and rebels for the hussite war events.