Trudy's Mechanicals is our upcoming turn-based tactics game in development for the PC. Follow the plight of industrialized warriors as they fight for a spot aboard the floating airship nicknamed Trudy.

Posted by IncubatorGames on Dec 8th, 2014 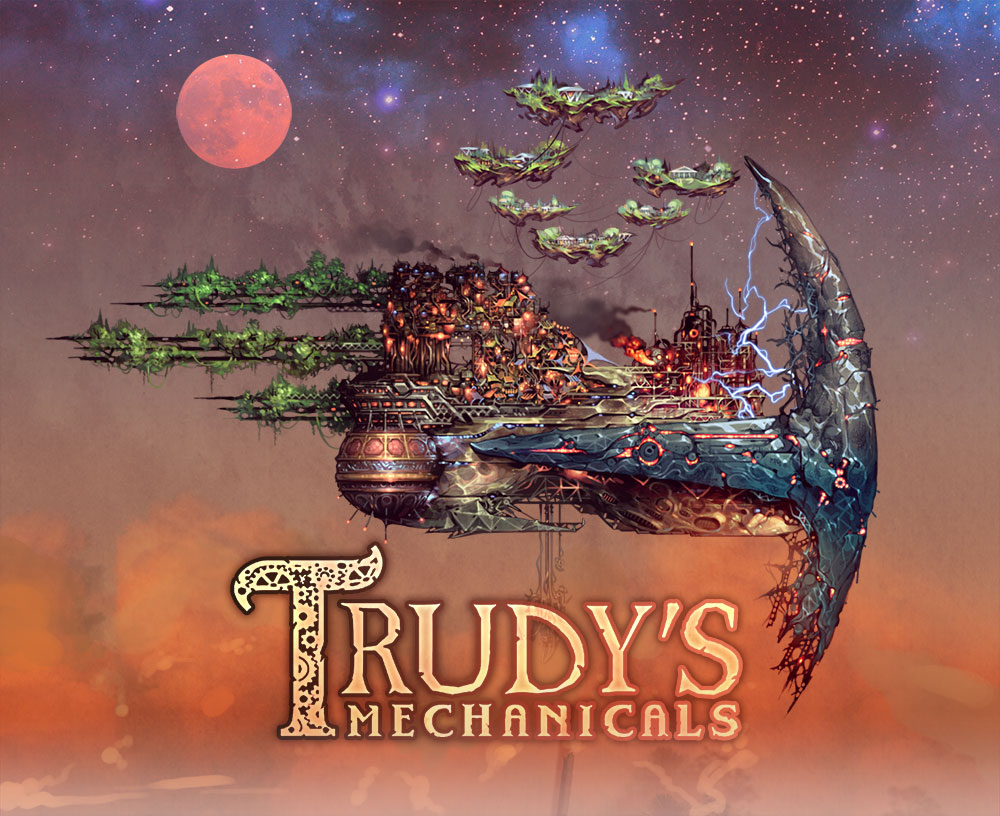 Trudy's Mechanicals is our upcoming turn-based tactics game that takes place on a giant Steampunk dirigible. The tactics genre's had something of a resurgence in recent times -- and Steampunk is no longer a niche aesthetic -- so here's what we're hoping will make Trudy's Mechanicals stand out: 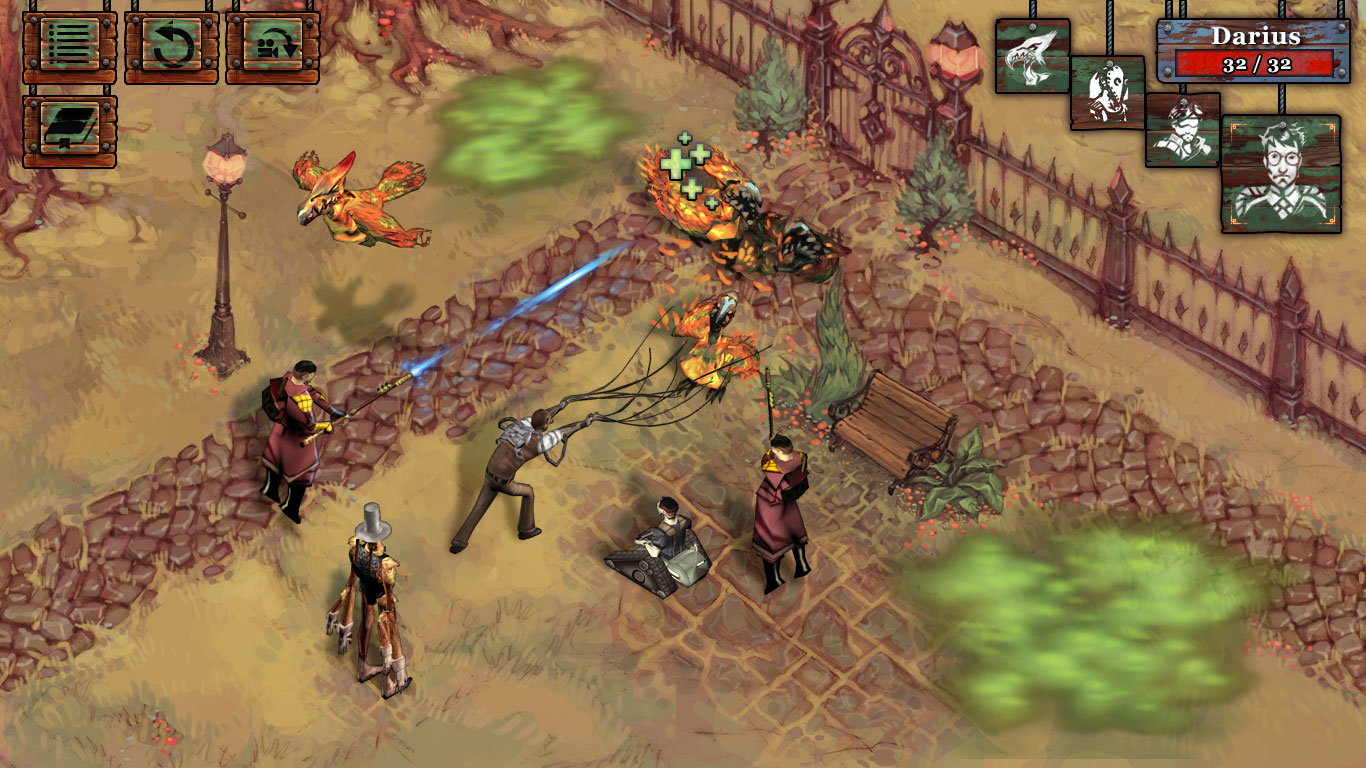 Mockup battle against Scavenger Birds that cannibalize their own to restore health.

Unit Variety - Many SRPGs have long relied on a combination of melee fighter, archer, and magic user as the pillars combat units. We'd like to break away from this format and make each class unique in both appearance and function. This approach is closer to designing characters for a fighting game than a tactics one, and it encourages each unit to have a unique play-style.

For example, the Supplier Mechanical serves a support role early in battle. His attacks are feeble, but he's capable of activating machinery from afar and pulling in enemies using a large suction fan. However, towards the end of the fight he can suck in and process corpses littering the battlefield (of both allies and enemies!) and use them to launch devastating attacks. 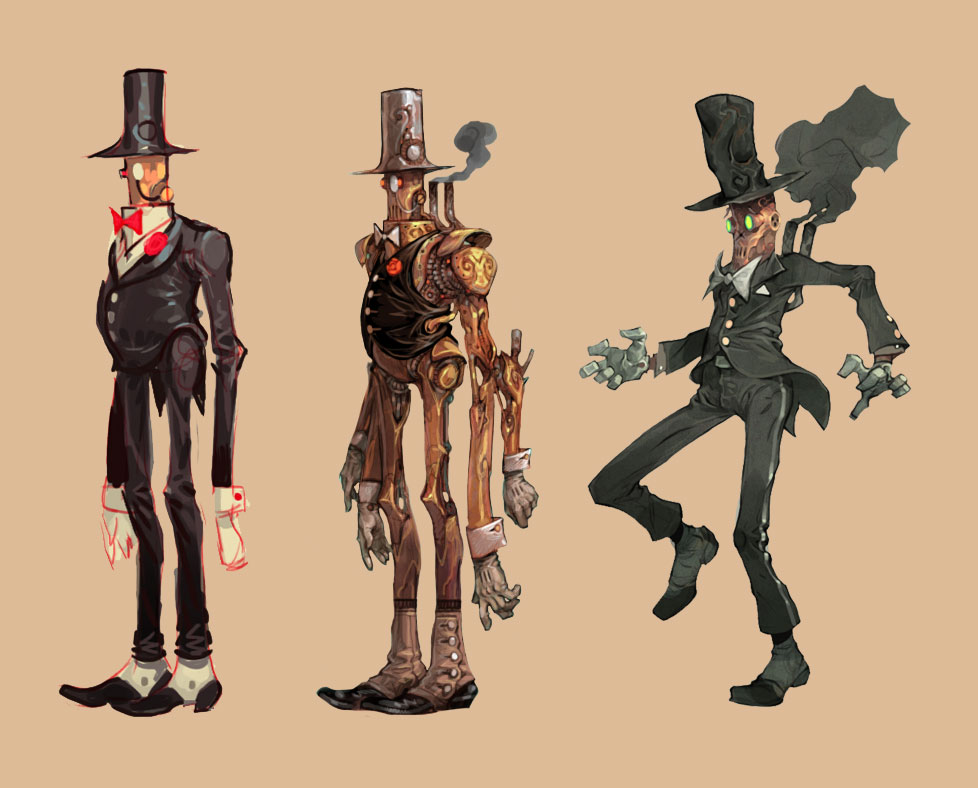 Iterations on the always polite and immaculate Butler Bot.

Offbeat Steampunk - While we like the industrial machinery and intricate mechanisms common to Steampunk, we wanted to create an aesthetic that stood out a bit. The world of Trudy is a grimier, more grotesque place than the gentlemanly courts of Victoriana. Coal burning furnaces have polluted the skies and the poor sell their bodies in order to become half-man/half-machine labourers.

We also shifted the cultural heritage East taking some cues from Slavic and Greek fashions and nomenclature. Gone are bowler hats and fine brandies, replaced with fur caps and vegetable spirits.

Interactive Environments - Battlefields in tactics games tend to be quite static -- only occasionally providing some destructible props -- and we wanted to breathe more life into them. In Trudy it's possible to extend bridges to form new paths, flood areas (and then electrocute the drenched units), redirect exhausts to provide smokey cover, etc. 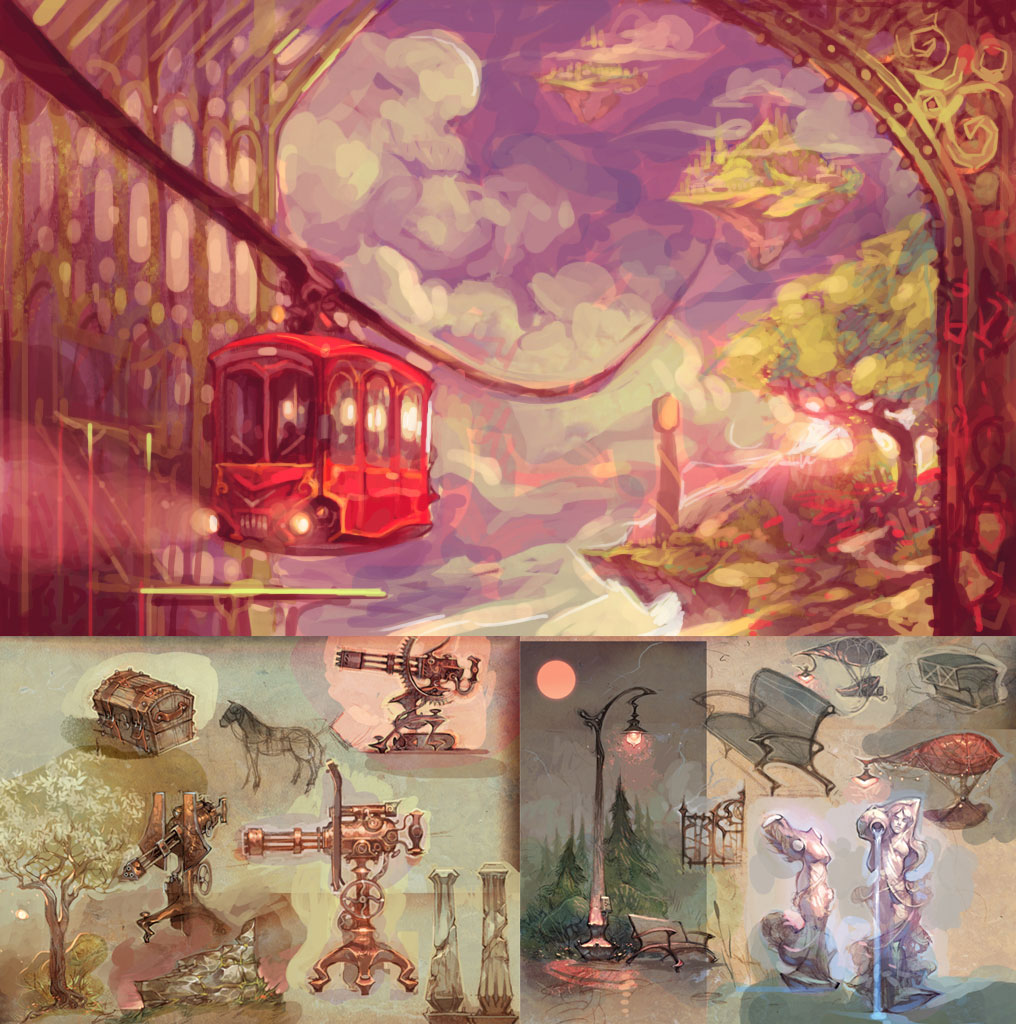 Scenery and props from the ship's lush Aerie location where the gentry resides.

Streamlined UI - TBS titles tends to take a long time to play out due to their interfaces. It can be quite time consuming to figure out the movement and attack ranges of all the units, make a decision based on the available options, input the desired action, preview the results, confirm its execution, and finally watch the command play out. Since these are common issues, we're focusing on presenting as much information as possible while minimizing input logistics. 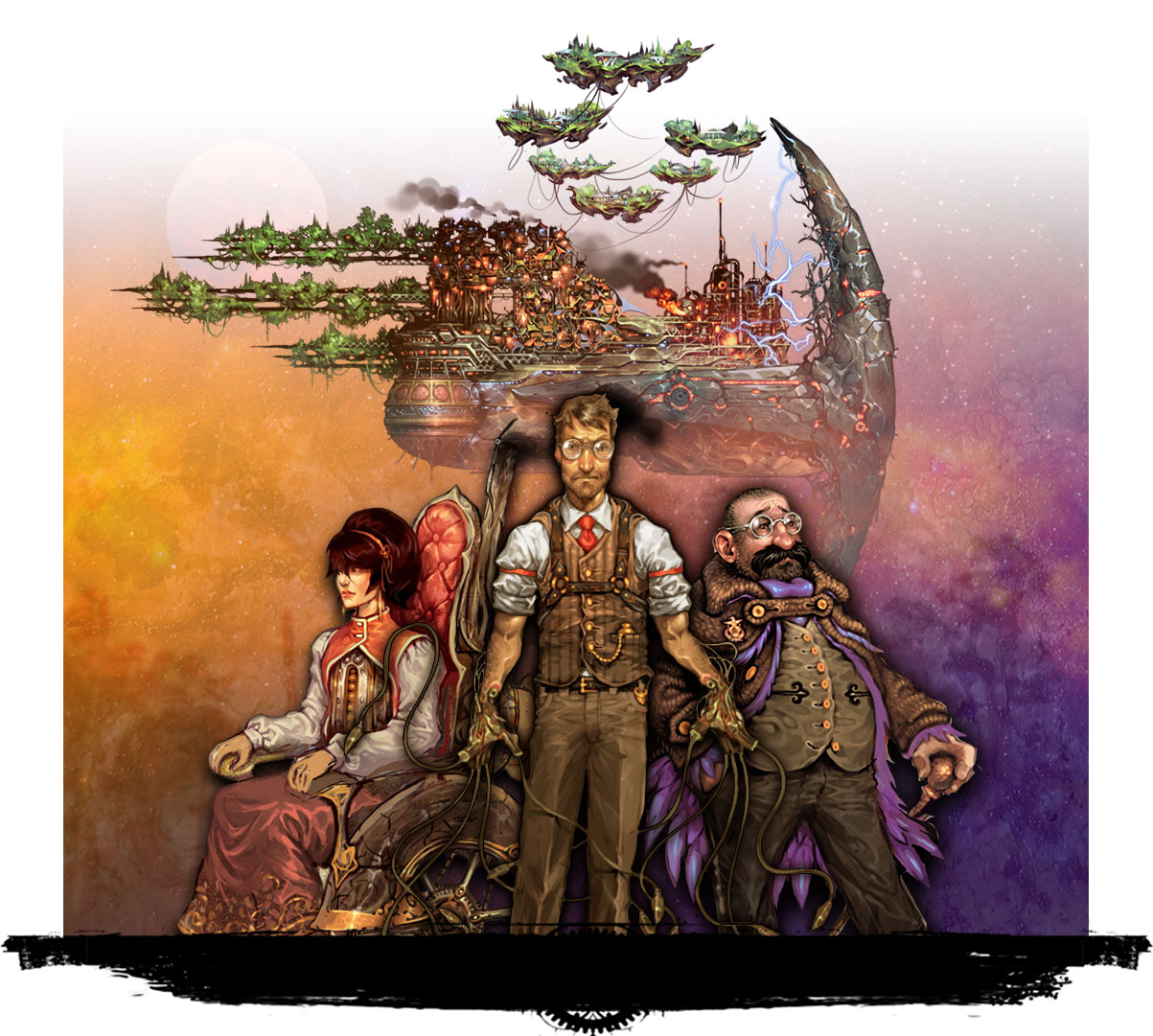 The main cast of Trudy's Mechanicals.

One way we're streamlining input is clearly indicating the available locations from which the current unit can use an ability. Mouse-over-ing these tiles also shows exactly which abilities can be used on which units allowing a quicker way to parse viable options.

Voluntary Content - While we think we've created an imaginative world and have an interesting story to tell, some might not be as interested in that aspect as the core mechanics. We've certainly played our share of games with seemingly endless streams of dialogue, so we sympathize. To limit this problem, we're not only making all cutscene-like content fully skipable, but also providing a lot of it via optional sequences initiated solely by the player.

Trudy's Mechanicals is slated to be released in 2015 for the PC, and we are currently exploring other potential platforms and partnerships for the game. If you'd like to stay up-to-date with updates on the Trudy's Mechanicals, make sure to track the game!