For those who are wondering why the latest update to the Killing Floor mod is taking so long, check this out:

Tripwire_Interactive wrote: Roswell, GA, March 20th 2009 - Tripwire Interactive is proud to announce Killing Floor, due for release over Steam in the near future. Killing Floor is a first-person co-op survival horror, set in and around London after a mad scientist's "specimens" have broken loose and gone on the rampage.


Killing Floor is now going to be a standalone game! Congrats to Alex AKA Mr. Kadish on taking his baby to retail! VE3D also has an article up with some screens. As soon as Alex is done "celebrating", I'm told we can expect an official Killing Floor game profile here on ModDB. Another win for modders! 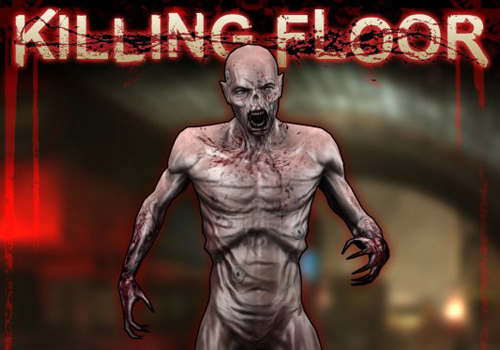 Eeeexceeeellent news :) Good luck guys. You have my purchase..

Your a bastard for saying that XD

Congrats, two thumbs up, I'll be buying it as well!

what this dude said

read about this on ign. looks insane. i loved the ut mod, but i could never find any servers. hopefully this will be better in that respect (not that the devs could help the fact that there were few servers).

There are still like 8-10 running and usually 2 of them are full whenever I go online.

*slow clap as i turn in my wheely chair*
Well done... BAHAHAHAHA

Brilliant news, Tripwire are doing some great great things for mods. Will get the scoop when I meet them at GDC in a couple of days.

will it be stand-alone?

I wish this could be made for unrealtournament 3...it would be awesome =)
-I dont have Unreal2004 =(

you dont need either, to play. This is a stand-alone game dude :)

Congrats guys. Wishing you the best of luck

It will be sold on Steam, I will still need the Unreal Tournament or it will run without having to install UT?

you will NOT need Unreal Tournament

I'm kind of disappointed. I liked the mod on UT2004, I don't want to have to pay to play the latest version. Does this mean the "mod" will be shut down?

Sorry for posting again, but I just looked the screenshots, it is looking like so awesome and well worked!!!! Oh nostalgia, I would re-install it if I wasn't lazy :\

This was my favorite mod for ut2k4 and I'm glad its going to be a standalone game!, I will buy it for sure :D

Awesome! I've been watching this for quite a while with envious eyes since I don't own UT2k4, but now that it will be standalone I can't wait.

Just a quick question: What will be estimated time frame of release date?

But you never know.

Lousy translation to latin, my latin's a bit rusty as well, but I'd bet on the translation DEUS MORTUUS EST.

The mod was already very professional quality and the vastly improved visuals really make it stand out even more. I'm hoping that the inventory system gets fixed and the weapons are balanced a little better, though. Also, for god's sake, crosshairs. Really, they aren't that terrible.

The main feature is that there wasn't crosshairs. it even has a slight freeaim system to change your accuracy depending on stance and movement. Ironsights seem to be a feature coming for new retail version :D although some guns had it for KF 2.5 and before.

Ironsights do a pretty good job obscuring the player's view and almost always slow **** down. They're great for campy games, yeah, but with fast-paced FPS games where movement is important for survival they're really pretty stupid. So yeah, for KF the lack of crosshairs might work out "alright" since you move around like some kinda drugged up cripple but it'd be nice to have the option for those that prefer it. Not that it'd really matter since the guns are woefully inaccurate and seemingly fired by a sickly 8 year old.

Ironsights don't slow the gameplay down at all. Have you played CoD4? Insurgency? True Combat? RO? or ANY Ironsights games? Only realism shooters slow the gameplay down because ppl can't run that fast in real life especially not those distances. With ironsights they can make your aim more accurate because it depends on your sites, not the middle of the screen (If they use FA), which uses more skill to fire then placing an overlay dot in the middle of your screen and calling yourself pro. You lack knowledge in the ways of good gaming. CS fan I presume?

Some people have problems understanding that a mod can change into standalone game ("NO, you do NOT need UT 04...").

Very well done, it was getting quite obvious this was going to happen, though. I always thought KF was a great game, just had some problems with balancing, and I couldn't find servers in the end, either.

I hope people buy this game, but the biggest question remains: Will KF still be moddable and will the community be encouraged to create assets and maps for it? I always wanted a Jackhammer in KF, you know?!

RO is still moddable, so I'm guessing KF will have a modding function just the same :D

Awesome news! A little disappointed that most people can't read though.

Glad to see they are using Unreal Engine 2.5! Just look at those screens! :D

Whoa about time I'm so exited!!!
When will the system requirements be released?

Well, garrys mod 9 is still played as it is a mod for half life 2 before it became a indie.

is this mod will work only on licensional ut2004 buyed on steam?

i hope they didn't rob a bank to pay for an unreal licence. yet great news for a mod going retail.

they won the make it real contest and won a free license for both unreal engines 2.5 and 3

Congrats to you guys! I am really happy to see Killing Floor as a standalone game. The mod was great, maybe the game will even get greater. But one question to the devs: Are you still using Unreal Engine 2.5 for the standalone? If you licensed Unreal Engine would be awesome, because i think UE2.5 still is a great engine.

Congrats on making it retail, but I am quite dissapointed, why did Tripwire decide to go with this mod instead of creative something brand new or something. I wanted ROII damnit. I don't know if I'll be buying this really. The mod is still great though.

They're working on a UE3 game as well.

They have the manpower to work on both :P.

This kicks *** and it isn't even fully confirmed that it IS RO2 they are moving along with. Be more open minded. KF kicks ***. Try the UT2K4 version before you judge it if you aren't sure.

It's awesome to see that more and more mods are turning to real games these days.
When we can expect to see "pre order now" button on steam?

I love you Alex! (Creepy if you know what my name is :P)

LOL AT HIS COMMENTS, goddamn hes a douchebag.

But yeah, pwnt. You kickass man!

Go here for some fappable screenshots!

I SEE IRONSIGHTS ON DUALIES!!!

Dude, I effing LOVED this mod, but lost my UT2004 key. If it's coming to retail Steam, I can imagine the playerbase will go insane!

This is awesome...I can't believe I'm saying this, but I may actually buy this /cough. ;P

OMG YOU GUYS ARE JUST COPYING LEFT 4 DEAD! YOU SUCK!!!

Dude killing floor came out BEFORE left4dead was even announced.

Instead of being a complete ******* you could always not be a fanboy and actually know wtf you are talking about and maybe do some research before you post such stupidity.

KF is COMPLETELY different then L4D. L4D is a css styled linear zombie killing shooter. Kf is a non linear survival horror with semi realistic game mechanics and kickass ingame music! :D And in KF they are specimen (Mutator clones), not zombies.

I think you guys should read Gav's response more carefully...he's being SARCASTIC. Sheesh.

I'm sure it's easy to tell through text? You act like it's an audio clip or something :P. I don't see sarcasm in caps-lock.

I guess you haven't seen the huge fanboy uproar this game is getting everywhere because they "stole" the idea from L4D...? It makes me laugh because to be fair, L4D turned out great at first but boring after a while. Not to mention KF has been out ages and L4D only came out recently.

But people don't see the facts, they just see this as coming out "after" L4D, so it MUST of been a rip off.

Still, its miles better than other zombie games... Like a certain one on the source engine that causes no panic at all.

EVERY zombie game got criticized when L4D came out. It IS highly overrated and yes I also got bored of it right away. Everything I had hoped for was not there.

Also TBH, ZPS is a good mod and a great concept, being a one of a kind in the zombie genre. Leave it alone :P

Honestly, I disagree. L4D was the first Zombie game I didn't become bored with in 2 minutes.

You still complaning about that :P Gav ?

That sort of stupidity is always inevitable with fanboys.

You guys really can't see I was joking can you...? Did the CAPS LOCK TEXT and the fact I actually congratulated them on it not sell it enough...?

You know because text converts to sarcastic speech. If you wanna be sarcastic try using a smiley or something :P. Also I wonder if that thing about the shoes was a joke on the UK. Was it?

Learn to be not so serious, seriously, that joke from Gavavva just couldn't be meant serious.

You say that then post a serious comment. lol. Also it could be meant serious. You don't know Gavavva the way I have.

I think he knows me better than anybody here chief ;)

Funny how I got down voted for saying something nice... And then you show up. Strange that. You really need to let go of this whole obsession thing, its making you look like a bit of a **** tbh.

That's funny coming from you.