Introduction
We all like a nice surprise and boy did we get a surprise over the weekend in the form of a stunning port of a classic UT2004 map. Level designer Sambopukka had been busy beavering away in the background on porting ONS-Tricky to Killing Floor and only when he neared the final stage where it could be made mod ready did he let on. :)

Rather than explain the background of ONS-Tricky, here's the original introduction from creator Ben Beckwith:

THIS SATURDAY, ONE DAY ONLY, AT THE M-M-MONSTER VALLEY ARENA, WITNESS THE AAAAWESOME SPECTACLE OF ONSLAUGHT TOURNAMENT COMBAT!!! TWO TEAMS AND 65 TONS OF BALLS TO THE WALL GUN SLINGING VEHICULAR MAYHEM! BE THERE FOR THE FLAMING HOOPS, THE MONSTER JUMPS, THE HALFPIPE OF BLOOD, AND THE INSANITY OF THE 150 METER TALL TOWER OF DOOM! BE THERE!!!

ONS-Tricky ultimately became part of the Editor's Pick Edition of UT2004 and from the posts I've read in forum archives, there was never a better 'chill out' map where you could switch between combat mode and fun mode at will. 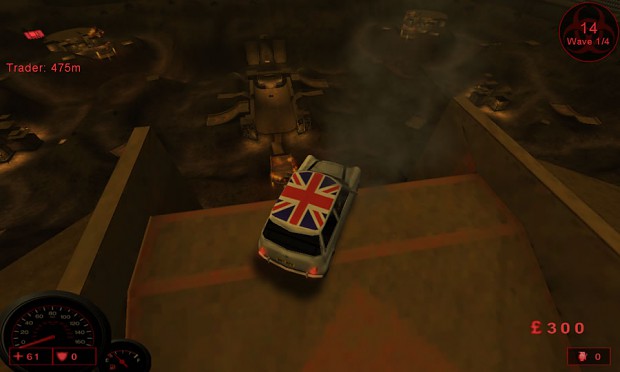 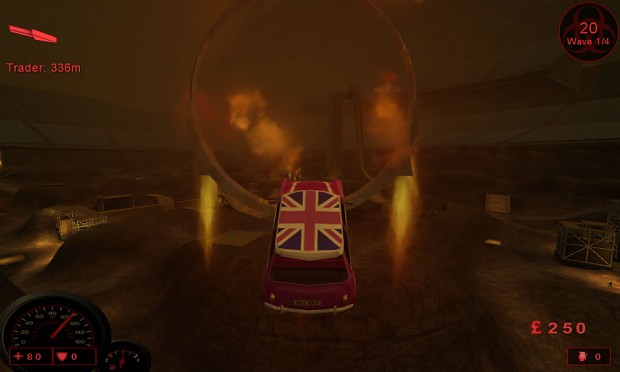 Gameplay in KF-Tricky will be conflicting with a desire to complete each wave coupled with an even bigger desire to enjoy the stunts and melt into the scenery. The biggest problem you'll face is that the stunts never fail to please and each wave can become an extended theme park ride. It appears that this appeal was not lost on the UT2004 crowd and archived forum posts describe a synonymous motivation. 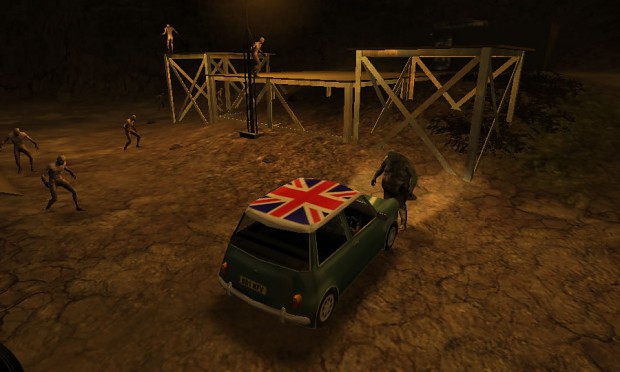 When you do start to knuckle down to the wave based objective of wiping out the Zeds you can easily combine the stunt features with road kill overkill by strategically planning your mode of attack. One of my favorites at the moment is to lure a mass of Zeds into the middle of the map and then jump through the central burning hoop, head up the '150 meter tall tower of doom' (it's certainly got a lot higher than that in the port) and head back down at an awesome speed into the pack.


KF-Tricky has pretty much got it all and never fails to please. It's certainly going to become a popular map as part of a server rotation and complements the already fine array of maps that will be bundled with the release of the Killing Floor Vehicle Mod. Again, credit to Ben Bethwick for the original and Sambopukka with the nice surprise.

Looks totally badass and fun!
The only question I have right now is: Do we have fun driving around / doing races, or killing zombies xD ?

Lol, couldn't you find a worse driver to run into everything for the video? I can see no direction in the gameplay or reason why you would (want) to go anywhere on that map. That's not really how I imagined the mod to work.

As the news article suggests, this map can take gameplay in a totally different direction or you can focus on the primary goal of the mod. It was no different in the original map way yonder either.

As it's just a map based diversion players who enjoy the variety can stick at it while those who don't have the choice of not running it in a rotation or calling a map vote. It's all about the spice.

No, it's all about the design - and there is zero design, here.

If you make maps five times as large and put in vehicles, you have to think about the selling point of your map. If chaos makes it good, okay, then maximize the chaos. Killing Floor was always about the claustrophibic narrowness of its environments, though. Even in the open maps you quickly ran out of space and places to retreat to.

I understand your concerns with how this mod is looking at this stand point but it looks as though you have based your opinion on this map alone.
Awesome_Ninja hit the nail on the head with his comment, as this map is just a bit of fun, which also has zombies, if you choose to go hunting.
Worry bot though as the other maps will be challenging and the having vehicles will not be as easy as this map would suggest.

Agreed, a few waves in the dark and narrow confines of KF-Manor and its underground basement will be sufficient to bring anyone's latent claustrophobia to the surface. And once outside the manor there'll be little grace as the Zeds spawn behaviour causes players to be quickly surrounded. And if you venture into the rocky tunnels then it only gets worse. KF-Manor offers the extreme opposite of KF-Tricky and is very much a purist's delight.

The full batch of maps released with the mod will display a wide spectrum with a weighting that is certainly more towards the tighter range. One map already previewed, Multistorey Carpark, demonstrates that effectively.

The Killing Floor Vehicle Mod offers a solid gamemode and the mappers have the freedom to interpret how it will fit in the environments they make. The retail map KF-Farm is on the extreme end of openness synonymous to KF-Tricky, whereas the retail map KF-Wyre offers a claustrophobic basement but a more open forest floor with a wide visual range. Even the open top parking area of Multistorey Carpark is deceiving as the Zeds make their entry in a most unorthodox manner and can be on your tail instantly. The sense of impending doom this creates is certainly one to remember. All in all there will be something for everyone with a little something extra for those who like it confined.