This update will be about ways I've been improving the UI for a better player experience.

Posted by PokingWaterGames on Dec 11th, 2014

This update will be about ways I've been improving the UI for a better player experience. Below you can see the new look for the UI. 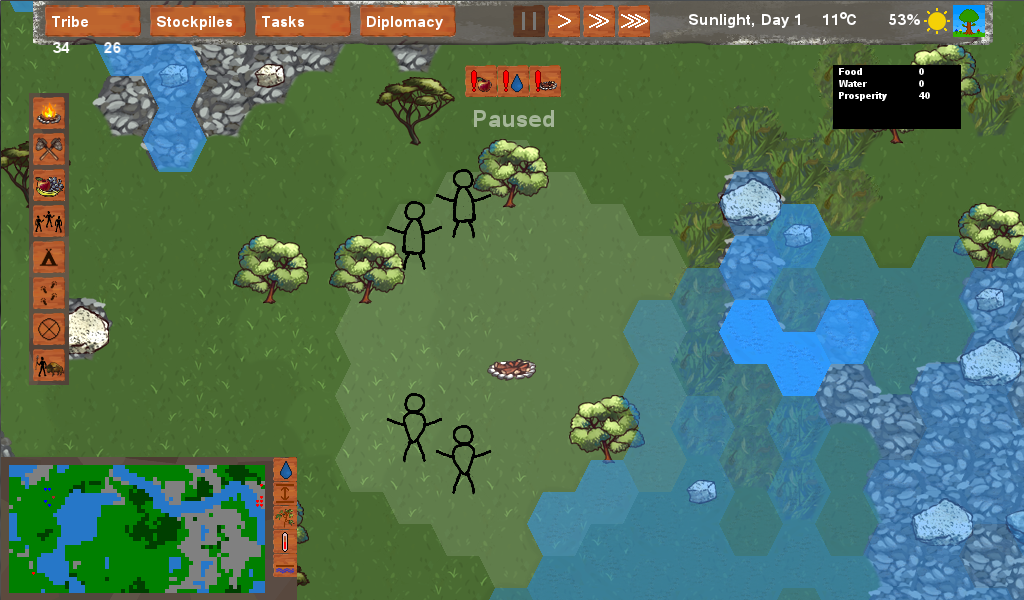 Alerts system - to give a bit more direction to the player, I have added an alerts system. It's similar to the one used in the Europa Universalis series, and a great way to inform the player about issues that need attention. When a certain trigger is activated, a little popup will appear at the top of the screen with some information. Examples of issues that will trigger an alert include lack of available food and water, being under attack and lack of a camp fire. Once these needs are taken care of, the alert should disappear. Hovering over the image also gives a description of the problem.

More immediate feedback - the player will receive immediate feedback when trying to perform an illegal action. I noticed players tended to start clicking random buttons and hexes when nothing in the game was reacting to them, so now a tool tip immediately pops up informing the player what went wrong. This should lead to less frustration.

Minimap - The minimap is more useful after some improvements. It now shows buildings, people and animals wandering around. You can also click on it to zoom the view to that location.