Combat mode overhauled to feel more like an RTS and adding prosperity as a progression mechanic.

Posted by PokingWaterGames on Jan 10th, 2015

Firstly, there are some new ways I'll be communicating to the community. You can now follow me on Twitter via @ParsleyPWG for more regular updates on what I'm working on. I'll also be posting a weekly work log on the website blog. Remember, you can also sign up to be notified when new Early Access versions are available.

Combat Mode was something I put in a while ago, and took out when it became too confusing. When entering Combat Mode, the tribe members stop what they are doing and wait for the player to give orders. Several improvements have been made to the point where I'm happy to put it back in the game.

It works much like in an RTS game now, left-click drag to select and right-click to give move or attack orders. If someone is under attack, you can enter Combat Mode and send other tribe members to help them fight. Much more intuitive than in the previous iteration.

Once a tribe's food and water needs were met, I didn't feel there was a strong enough force driving the gameplay forward. While testing the game, I got to a point where everyone was happy and thought to myself, "ok... now what?" Something was needed to tie everything together. There had to be a goal the player could aim for in addition to survival. So I did some thinking and came up with a single measure to handle all this - prosperity. 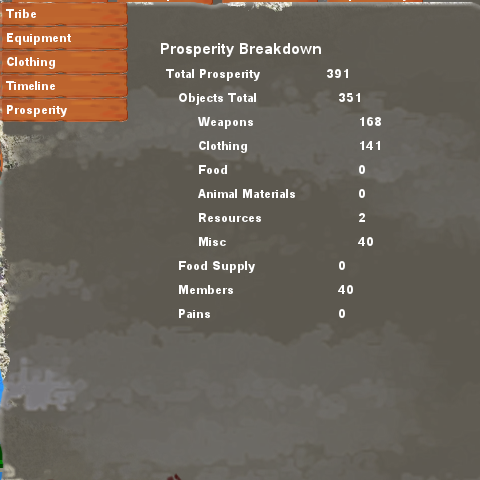 Prosperity is a measure of how well your tribe is doing. Currently it is affected by factors such as the size of your tribe, amount of food available, the value of items and severity of diseases. In general, the value of items will only count if they're located within your "circle of influence". The circle of influence is an area around the tribe that can grow or shrink. I implemented it a while ago as a way to prevent roaming animals from constantly wandering into the player's campsite and starting fights. I wasn't sure whether to display this influence area or leave it as a bit of a mystery, but with the introduction of prosperity, the effect needs to be made clear. The influence area can be expanded by building additional fire poles, which need to be occasionally maintained by adding animal fat to them. 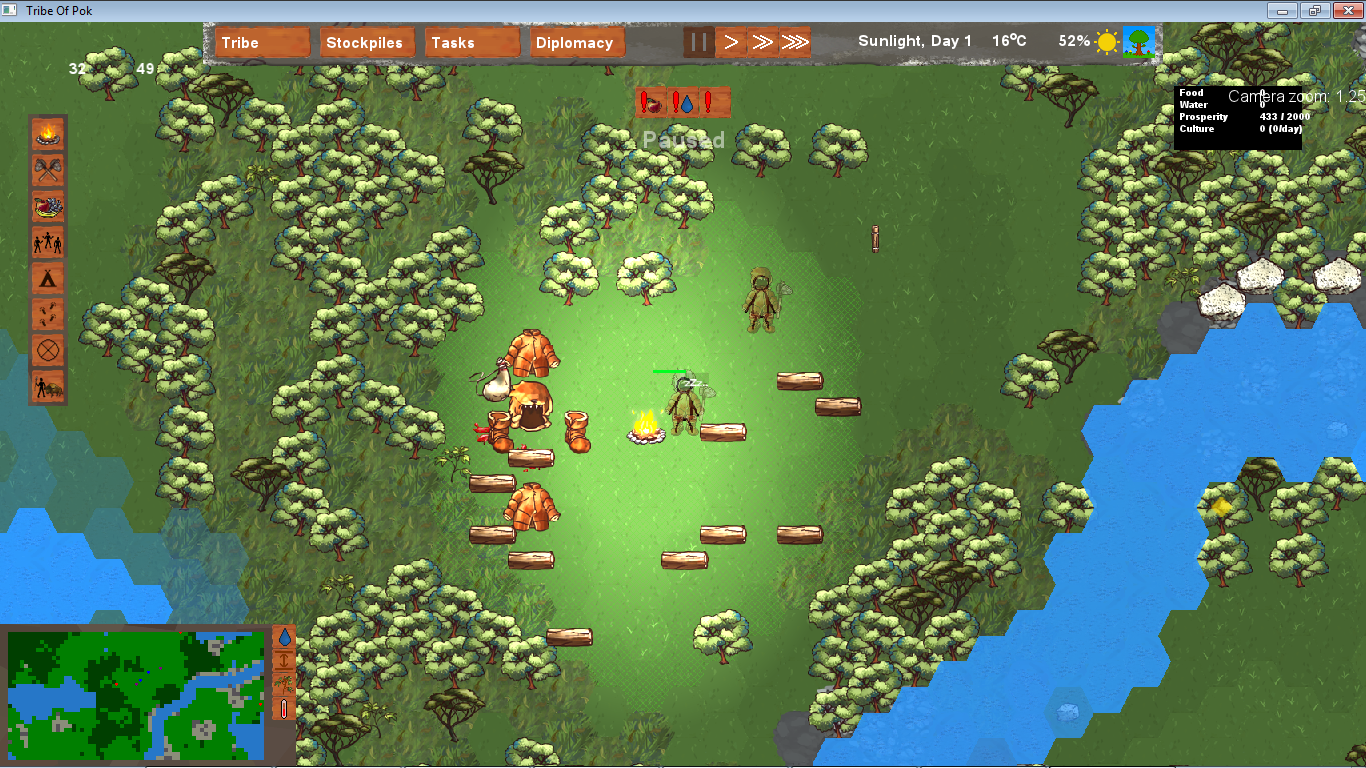 The intention is to have prosperity fluctuate as the fortunes of your tribe change. I have some ideas to build on this mechanic in terms of progression and unlocking advanced crafts. It needs a bit more work though before I say any more.