The Printer's transport ship was created on the basis of the Portal. Moreover, the Portal was designed as an exit point within the targeted solar system, to deliver ships with engineers and colonists. It is anchored inside the station's hangars and subordinate to the central AI. In the later stages it's younger brother was developed, the transport, delivering exit point to the building sites, allowing to save power in drones batteries. Thanks to the quantum teleportation it can operate at any di 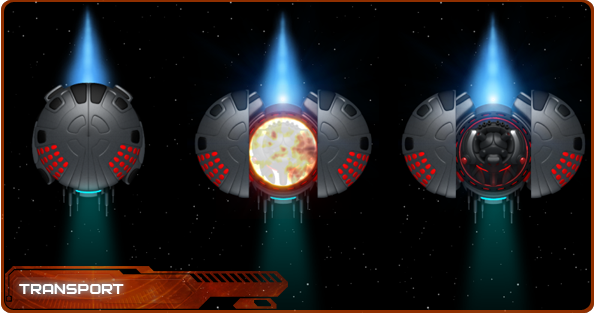