Post news RSS Fear the Shank, the Forest and the Trainstation!

This has been an extremely busy week for the Visage team. We've overhauled a lot of parts of our backstory, scrapped a few weapon models, replaced stuff, duct taped leaks, and tied together loose knots. Three gorgeous new screenshot and a sneak peak of a never before seen weapon from Visage!

Busy week is very busy!
We have overhauled a lot of the story elements in Visage because we thought that they were a bit spoiled and unoriginal. Milo, Henri and Jesse smashed their heads together and came up with a very original and well thought-out story. We're still keeping a lot of the old stuff, but only the goodies! The game hasnt changed that much though, and we can assure you that this version of Visage is five thousand and eight times better than the last one! We're estimating that we are about 25% done with Visage, this will be one hell of a year for us!

More details on what's been changed will be revealed sooner than later. 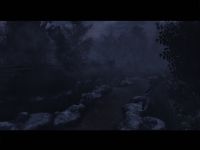 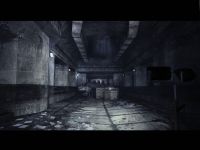 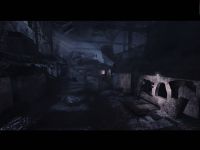 These screenies are given to you by our mappers, Milo-rd and Schoft! 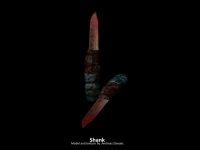 Oh, I almost forgot! Here is a melee weapon for you guys!
Made by our talented modeller: Andreas Stavaas

Organic modeller:
Must be experienced with Z-brush, 3dsmax, Maya, Mudbox or an equivalent program. Must know how to unwrap models as well as to skin them. Knowing how to animate and compile models is a huge plus but is not required.

Train station is a little blocky. And the shank needs better textures. But other than that great atmosphere all around! lol'd at the ravioli! xD

Some very good news! Didn't know that visage was already that far along.

I swear that finding a missing person has been used more often than investigating something for an article, but I'll take your word for it that the new story is better.

Quite a handsome media update as well. The knife looks fittingly gruesome and the new level screenshots are amazing as always. I would not say that the train station is blocky considering there is a limit to how fancy a train station's architecture can really be.

I agree with Master Of Hiddenry; Searching for a lost girl seems like a far more common plot device than investigating for an article. Well, anyway, everything you guys have pumped out so far has been awesome, so I trust you!

I'll reply to both of you.
It's not the introduction that we didnt like so much as our new advance. It was the overall "body" story. The story that we're keeping hidden from the public.

Rest assured, Visage will be awesomesauce and you should prepare yourself mentally for several days before playing it or you wont be able to handle the epicness and just collapse by an overload of awesomeage. ^_^

High views about my project aside though, thank you both that you're interested in it! I'm glad! :)

I'm extremely happy to see this level of dedication to the story. I find a much higher level of immersion with a strong, original story-line fueling the game play.

Combined with the amazing mapping style(s) and team skills, Visage is well on it's way to becoming one of the most anticipated mods of 2010. Lauds !!

( I am well prepared for your overload of legendary awesomeness Milo ! )

Looking very atmospheric, keep it up.