The next version will be available in English, German, and hopefully French, Spanish and others too - with your help.

The next major version of Airships, EA6, will have support for multiple languages. Right now, English and German are supported, and I hope to also include French and Spanish. I have fairly limited resources, so I may not be able to afford professional translation to many languages. So if you want, you can help out by providing or verifying translations through this spreadsheet.

I've started doing the French translation with my rather rusty French, and it's slow going. I'm competent enough to know that Google Translate produces some truly awful output with broken syntax and grammar. Instead, I rely on my own knowledge, plus snippets of Translate and dictionaries for vocabulary.

One trick that works really quite well is going to the Wikipedia page for the concept you want to translate and then switching to French from the sidebar. This lets me avoid false friends like translating "armour" to "armure" (suit of armour) instead of "blindage" (armouring). One of the trickier problems is that there isn't a word for "airship" in French! There's "dirigeable" (dirigible) and "zeppelin", but "air-navire" (air-ship) would be an ugly neologism. Instead, I settled for "aéronef", which the dictionary assures me means "aircraft".

With the Spanish, forum user nachotp has already gone and translated nearly half of the strings in the short time the document has been up!

The major complexity with the translations is the heraldry stuff, as each language has its own idiosyncratic system of describing coats of arms. English uses a weird broken semi-French, German uses mostly German with some archaic oddities, and I don't yet know what French uses. On the plus side, this makes nicer descriptions easier, such as describing heraldic symbols as being "proper" - in their natural colour. 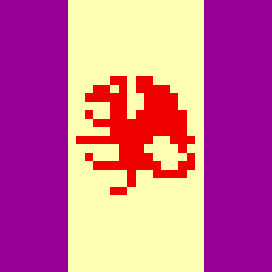 "Purpure, on a Pale Or a Dragon Proper"

So if I understand correctly I can simply add a sheet in the file you linked and add translations for my own language? Even if I have never done such a thing before? :P

Yep! If by "my own language" you mean "a language I just invented on the spot", that's fine by me. Just make sure it's consistent, interesting, and complete, and I'll be happy to add it in. :D

Haha nah I meant Dutch (I'm from The Netherlands so it's 'my own language' in that regard) :P

:D Dutch would be excellent!

Could you add Polish language maybe? I can translate words and sentences for you.