We just finished translating our trailer, and we are proud to introduce our mod to the community ! 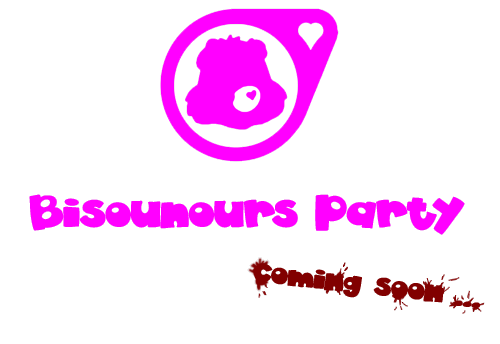 Everything was alright in the Rainbow realms until the aggressive king Pedobear, ruling over Lulzhell, decided to spread drugs everywhere across the realm in order to own Carebear's world.

Carebears were immediately lured when they saw the first drug cargo, composed of crack pipes and steroids bottles, turning them into utter killing machines only thinking of one thing: shooting everything moving!

Take control of a drug addicted Carebear and do a crusade against Lulzhell you suspect of hiding more drug cargos! Armed with vicious and aggressive weapons, fight beside other addicted Carebears in order to own territorial zones or defend critical data, or blow everything that moves in an incredibely nervous and fast deathmatch mode!

Yeah! :D The Flower blood is great! Reminds me of Serious Sam...

Oh my good god, i just picked myself off the floor! this is the greatest thing ever!!!

OMG! This is soo good. Not my kind of game but still very good.

Wow this looks so awesome great work. Deffinitly will be worth checking out love the particle effects and everything awesome work guys.

No way, this mod has to instantly get "Best story in a mod" award!!! One of the craziest things I've seen in years. Watching!

This will be a EPIC MOD!

What a crazy mod is this lol :D

Effin hell, this is just too hilarious. I always thought carebears are addicts but to this extent? Great mod, ill track it :D

wow it looks like tf2 but lots more cartoony and fun :D
remember seeing this long ago, it turned out VERY nice

I never though I would look forward to something carebear... Congrats on making me go against everything I believed in.

The pedobear thing made me want to own this mod even more XD,I WANT PEDOBEAR DEAD!

Christ on a bike that looks cool!!

This is 999x infinite awesome!!! Normally i would be disgusted by this because it is care bears but this has got me looking the other way around!Tracking

will totally play this

This is hilarious! XD

What game and version of the Source Engine was this built on?

Thanks! (that's what my guess was, ha ha)

Wow. That was a very well done trailer. I'll have to watch this one.

this came from nowhere... count me in haha!

Holy mother of Cows, awesome, such a shame i haven't tracked this before!

Yo...this is friggin' awesome. A must play.

I sure hope the Sourceforts-like mode works out well. I really need a good fort fix.

Wow, the comments go on and on!

Quake Fragbears on the Source Engine. Could turn out really fun and you already got a whole lot ot work done, without anyone noticing the mod so far, it seems.
Now it will be noticed for sure!

haha! I always looked forward to this mod, even though it just started out as a wacky deathmatch mod..

I would love to kill the "zombie walking" carebars :D