The Wishgranter is Finally on Steam Greenlight with a new trailer to go along with the campaign. Some latest changes and a sneak peak for a new Boss!

The Wishgranter is Finally on Steam Greenlight!

Vote now to help it get on Steam

Most of my work lately has been focused on getting together a trailer and launching the Steam Greenlight. It was much more work than I thought it would be and took way longer than I predicted but it will hopefully pay off. That being said I still have some stuff to show since the last update I posted here.

First of all I have finalized all three of the the Dungeon Tilesets currently available in the game. You can see a bit of all of them in the image below. Of course I plan to have many more for release but for now these will do and I'm finally happy with each of them. 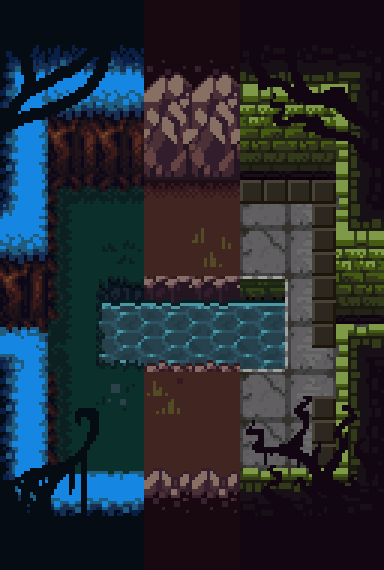 2: Path Finding Tweaking and Line of Sight for enemies

I have been messing and tweaking with the path finding system to get it just right and work with any room, for every enemy. While doing that I also experimented with implementing a line of sight for enemies which just felt right while playing with it. I might leave it in only for specific enemies but for now all enemies can't see you through solid walls!

Even though The Wishgranter will feature a lot of Procedurally Generated Content - Including Dungeon Rooms - Some of the rooms will be hand crafted. Hand crafted rooms allow me to place some interesting challenges or puzzles that would be impossible to create randomly. Now that I have finally plugged in Hand Crafted rooms back into the generated I have been experimenting with such rooms. You can see an example of a simple challenge room below.

Finally here's a look at a new boss. Still a concept and will take an eternity to animate but it's a Giant Murderous Octopus! 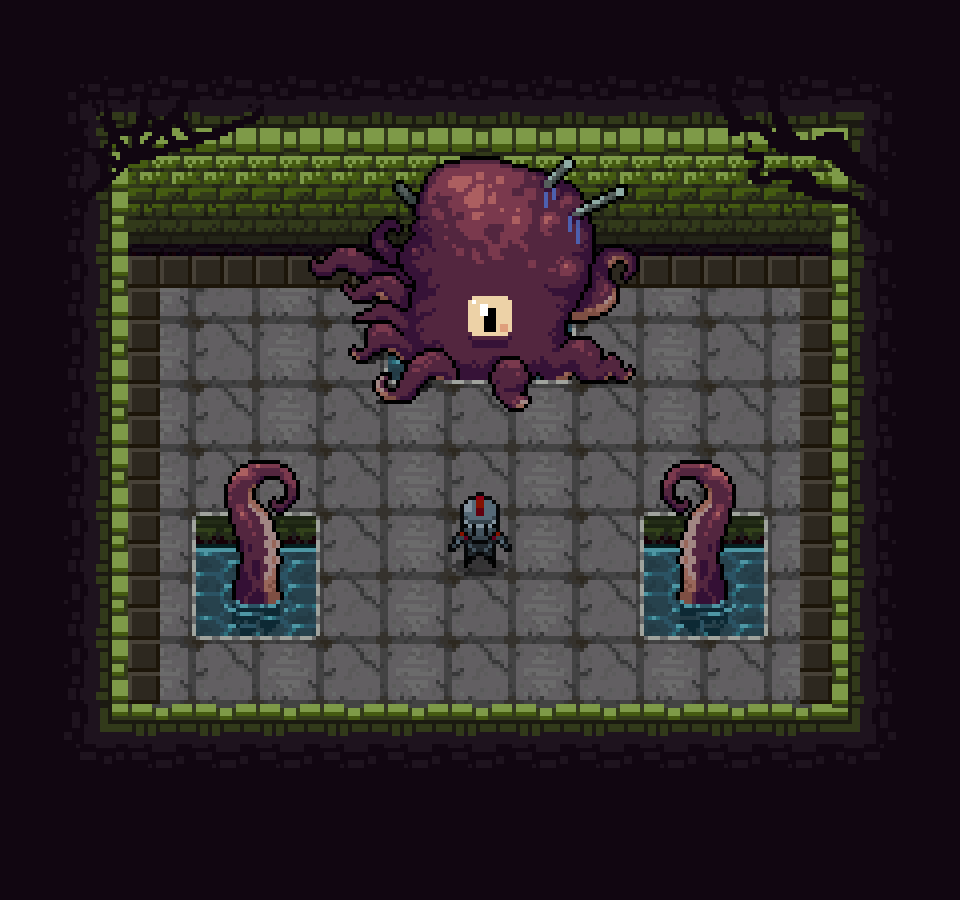 The game also got a cool new website with a newsletter and all the good stuff. Check it out here!

Has that Legend of Zelda/Neutopia vibe to it... A saturated game genre, but I really like the pixel aesthetics. Good luck with the Greenlight campaign dudes!