The ultimate free to play vehicle and machine building simulator launches a new update! With it comes a brand new track, controllers and new math blocks!

Techblox continues to ramp up its production with two new hires in the last two weeks as we begin to fully realise our vision to make the ultimate free to play vehicle and machine building simulator. Today's update includes a number of new features including a brand new track!

Gabe and Sonia are two new Jammer team members, we're continuing to grow the team over the coming weeks and months as we fully realise our vision for the ultimate free to play vehicle and machine building simulator

Today’s update includes a number of additions and changes. One of the biggest updates is that we have removed the oval track and replaced it with a brand new one! This track doesn’t have a name just yet and still has some work to be done over the coming weeks but we hope you enjoy it.

Here are a few images of the track! 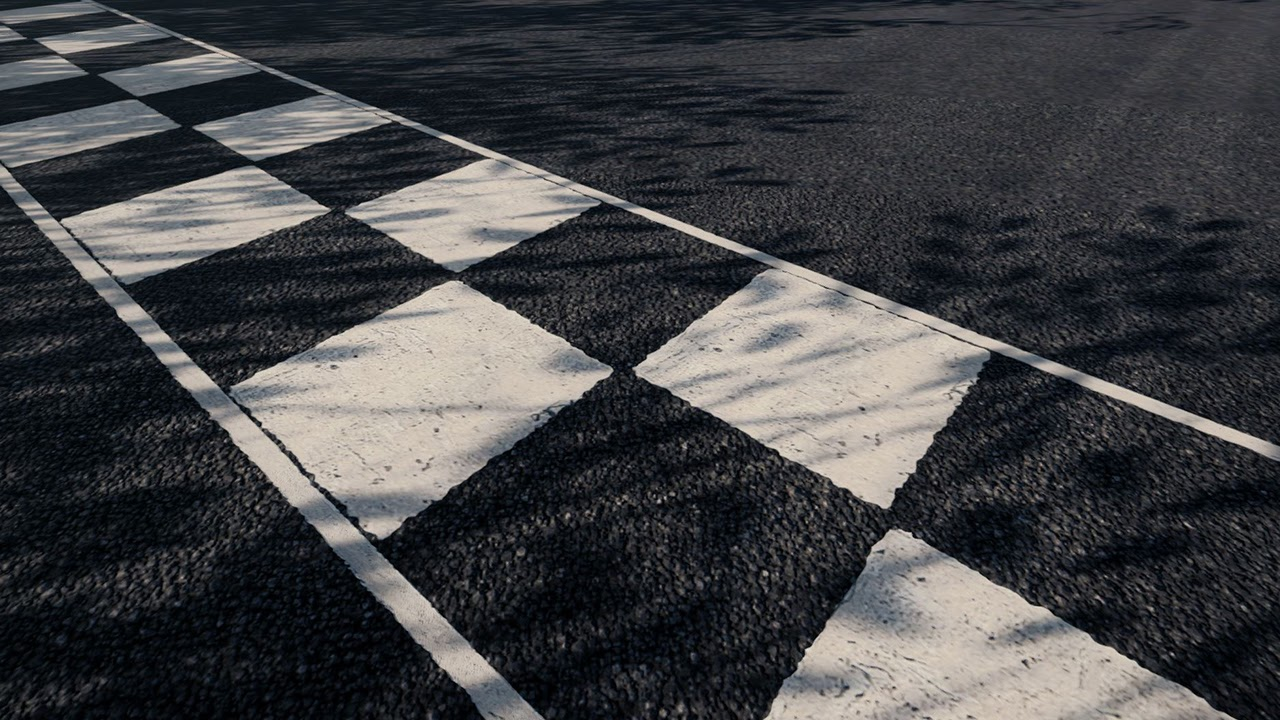 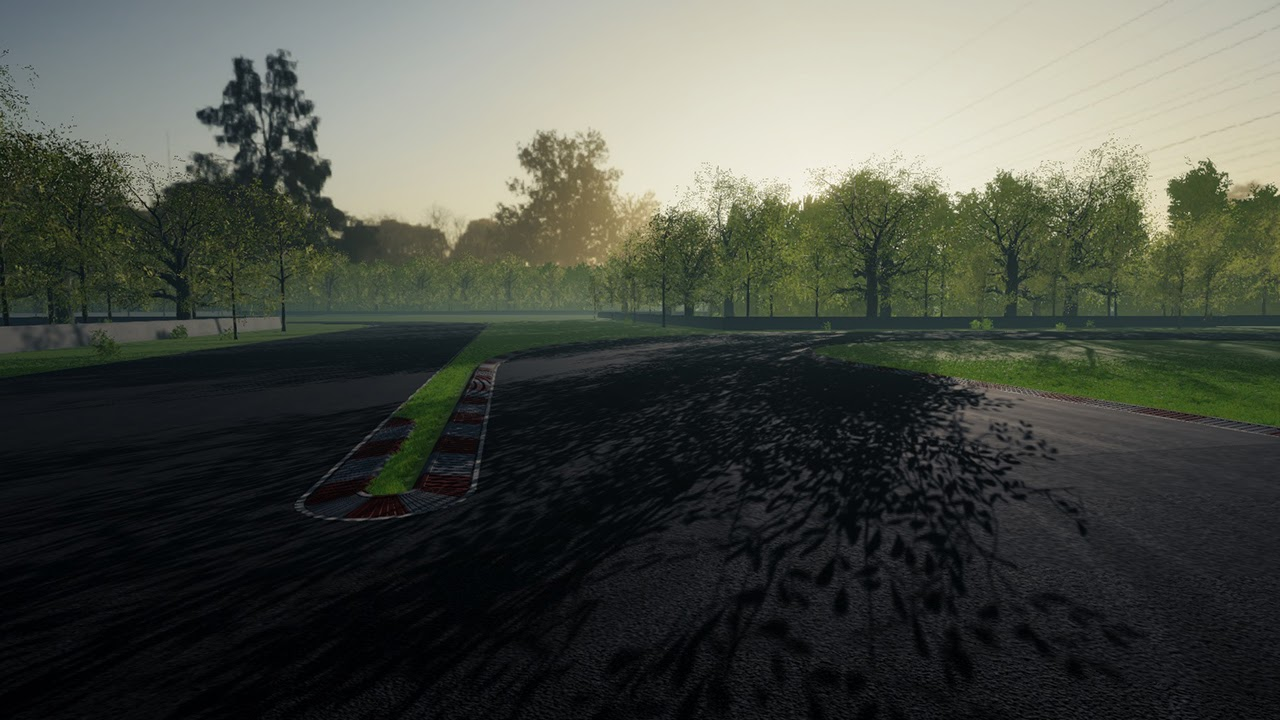 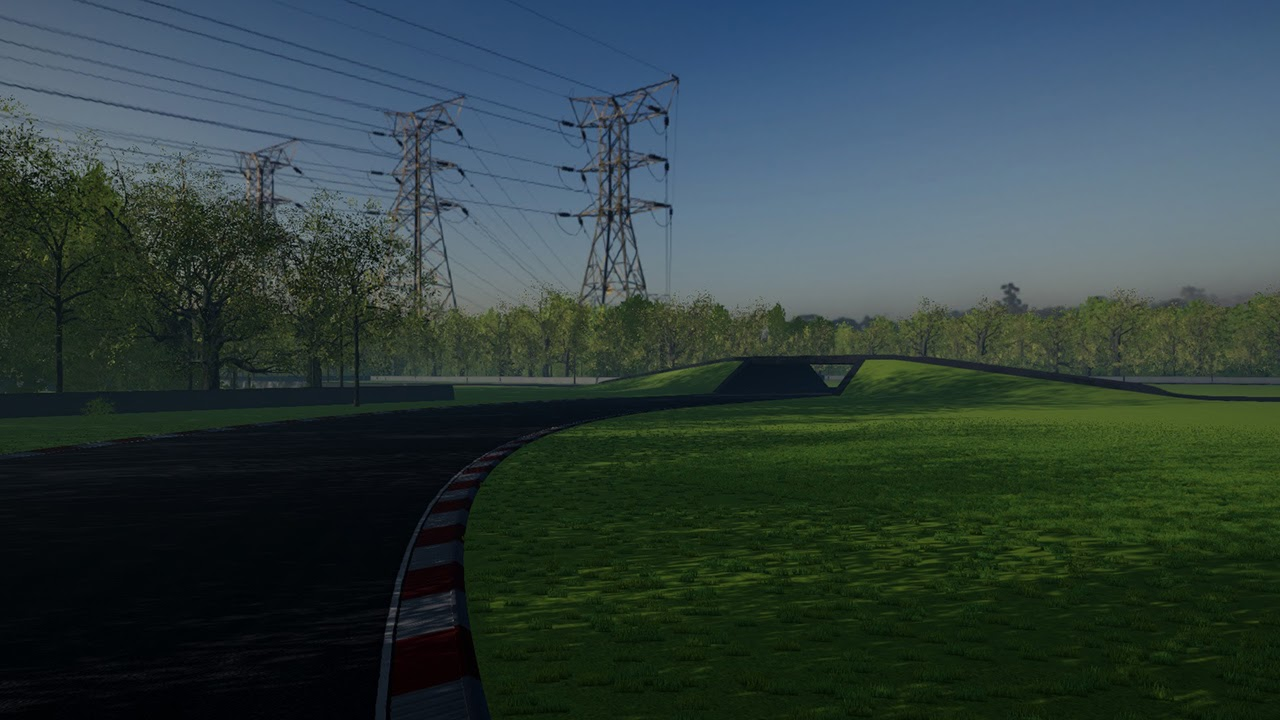 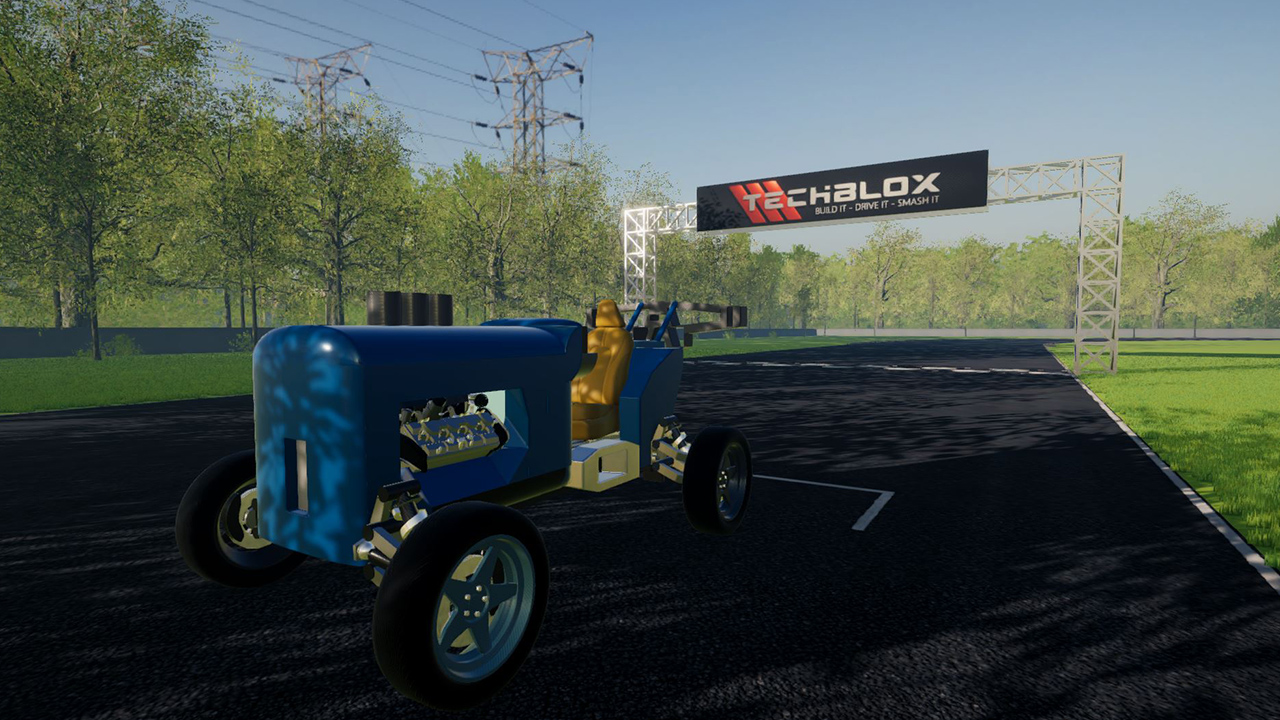 A Note on Cloud Saving

Last week we went into some detail on how Cloud Saving will work. This was planned to go live with this update but we ran into a few issues that are still being resolved. Rather than risk problems with saves and accounts we’ve decided to delay the release of Cloud Saving. We’ll have more news on the planned release soon.

We’ve been hard at work fixing some of the bigger complaints about the way wheels perform. In this update we’ve made a couple of changes that make vehicles feel much nicer to drive.

Wheels have received a significant rebalance after some changes to the way sideways friction works. This should mean vehicles will understeer less and generally perform better around turns.

Wheels will now correctly apply forces to other parts.

We’ve noticed that a number of vehicles from the community have made the underside of their vehicles out of Carbon Fibre. This presents a slight grip issue as it affects the centre of mass. We highly recommend using a heavier material for the underside of the vehicle, like Rigid Steel

These parts fit in between the Go-Kart and the Sedan parts in terms of power and size. This gives you more flexibility to create your vehicles and machines.

Here are the wheel rigs for comparison. From left to right, is the Go-Kart, Hatchback and Sedan 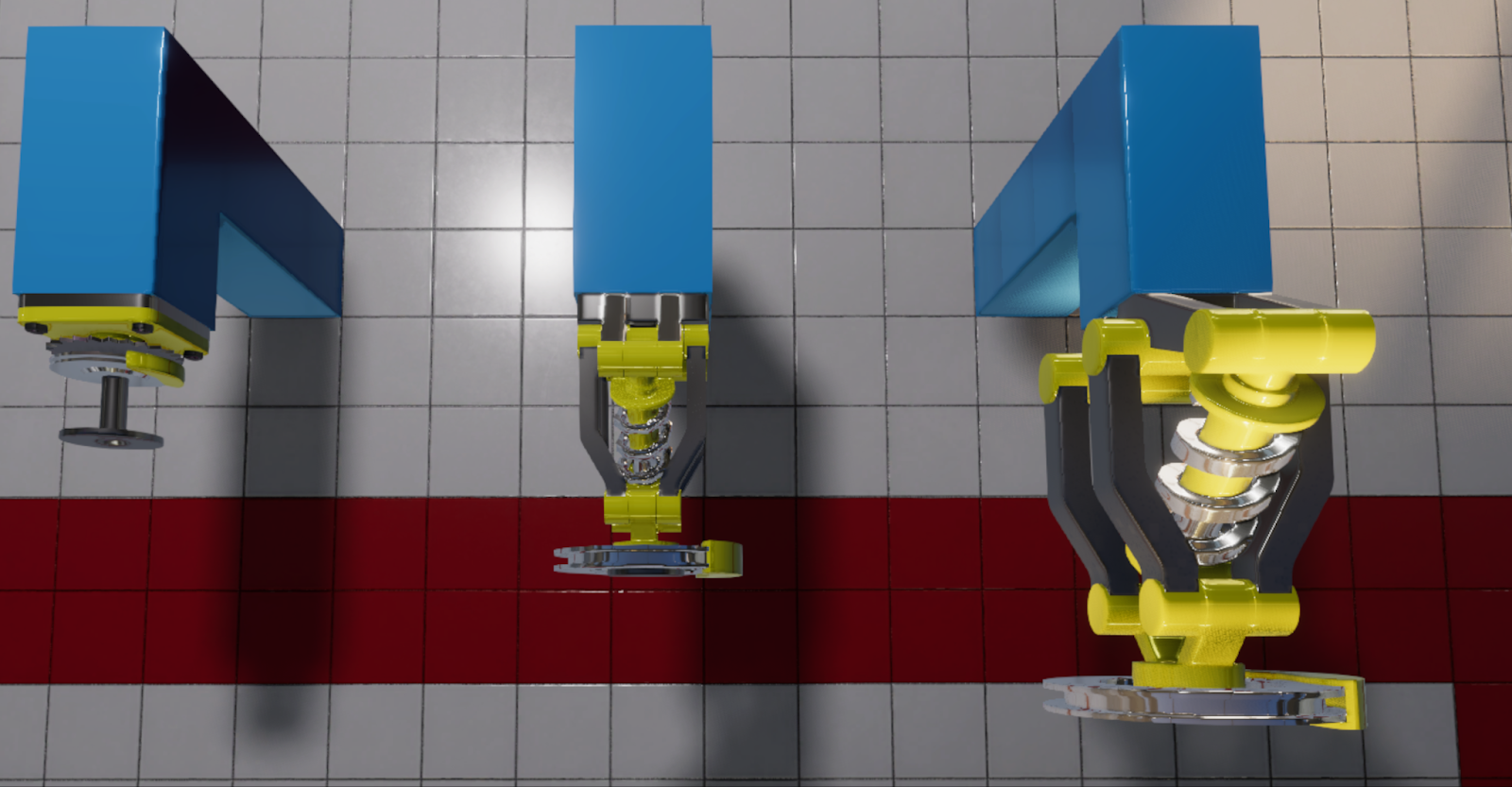 The wheels themselves also differ in size, width and even the tyre treads.

Here are all of the Hatchback parts in one image: 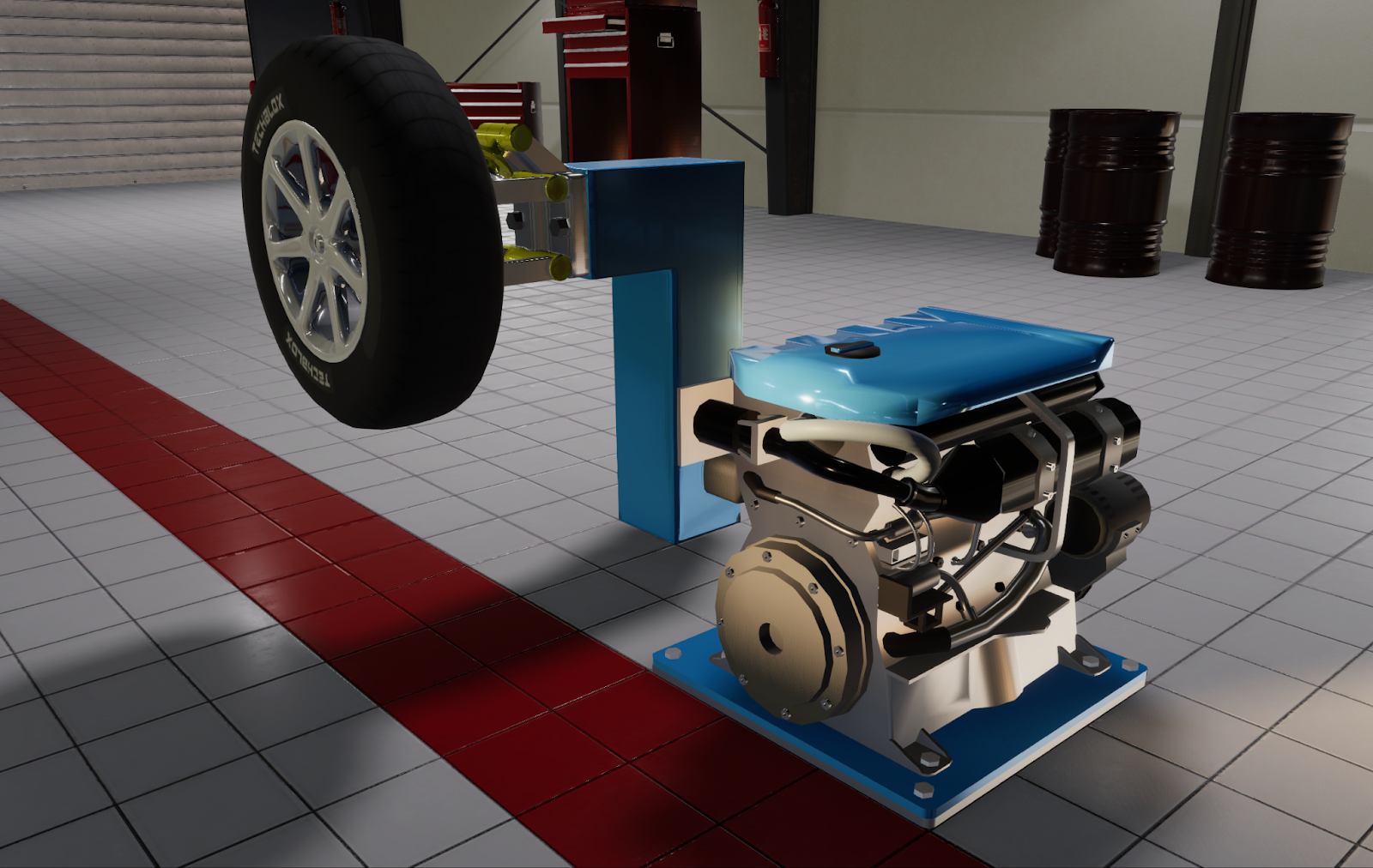 We’re also working on some new seats to go with these! As well as the usual ‘wide’ variant for the wheel. We’ll share more on those later.

These are used to interact with various powered joints! There’s some really cool things you can do with these controls. In the future we will be adding a first person view so that you can control these within the driver's seat. But we wanted to give players an opportunity to experiment with them now.

These are brand new logic blocks. We’re looking forward to seeing what you create with these and let us know if there are any more logic blocks that you’re interested in seeing in Techblox.

Group limit is a way of defining how many vehicles or creations you can take into a game. In Techblox a “group” of parts is simply a collection of parts that are attached to each other. Putting a tower of 5 cubes attached to each other is a group, so is a car where everything is connected via joints, blocks, seats and wheels. Having more groups puts more strain on the server.

Let’s say you have a standard race where you only want players to bring a single vehicle. Without a limit like this, someone could bring in a car and several walls/objects that could be placed behind them, stopping the next player from being able to race. By limiting the player to 1 group things like that could be prevented. On the other end of things you may want a catapult fight where players bring their own ammunition as separate groups.

While you’ll still have a notification at the side of the screen if you’re over the limit, one big difference between the group limit and other build rules is that you won't be restricted from leaving the garage. Instead, any groups over the limit will just not be taken onto the track. This will leave the smallest groups where possible, so if you have a car and a load of cubes spread out on the floor, you won’t end up starting without the car. The current limit for this is 100 but this will change depending on the game's rules.

We've made some good progress on optimization, but we’re still working on a few problem areas. The trees are now rendered using a system called 'impostors' in the mid to far distance and we've done a bunch of other tweaks to the environment and quality settings, but one of the main causes of performance issues is the grass (which is now disabled on Fastest) and we're working to replace that with a different grass solution for next update. We’re also tackling some issues with shadows. If you're interested in learning about Impostors check out this link Youtu.be

We’ve rebalanced a lot of masses in Techblox. The general takeaway is that all masses have been reduced to 1/10th of their previous values. They’re still based on real world values, just scaled down. We did this as it improved the performance of vehicles even further in our testing, with suspension and handling feeling much better. Collisions with the rumble strips and seams were much smoother with these new values too.

These changes do mean we’ve had to tweak the stats on certain parts and joints, like the wheel rigs and engines. You may find the current values your vehicles use won’t perform the same now so these will likely need some fine tuning per vehicle. Stiffness and Damping of the springs is the biggest change.

We’ve added a new preference setting to the Settings menu that lets you default to Cursor/Crosshair mode when you enter a save. By default this will be set to Cursor mode but you can change this in the Options menu.

The ‘Scrollwheel’ output of the Seat has been removed. This control didn’t work too well due to having the camera zoom bound to the scrollwheel. It also behaved differently from the rest of the seat controls.

The ‘crosshair hints’ such as ‘[E] for Config’ that usually appear under the crosshair have been added to cursor mode too. A couple of these are still missing but will be added soon.

Thank you everyone for your continued support, please share your thoughts on this update, along with any amazing creations you make on any of the social channels below.