It's Unreal Vision, an independent team of Developers that has been working for more than 5 years in Gaming Field. At present we are developing a very ambitious project: Toygeddon.

It tells the story of some toys that live in an old and dismissed Shopping Mall, that is going to be to demolished. To face this situation, a group of toys decides to look for a new home, but has to cope with other groups that do not agree with this idea. 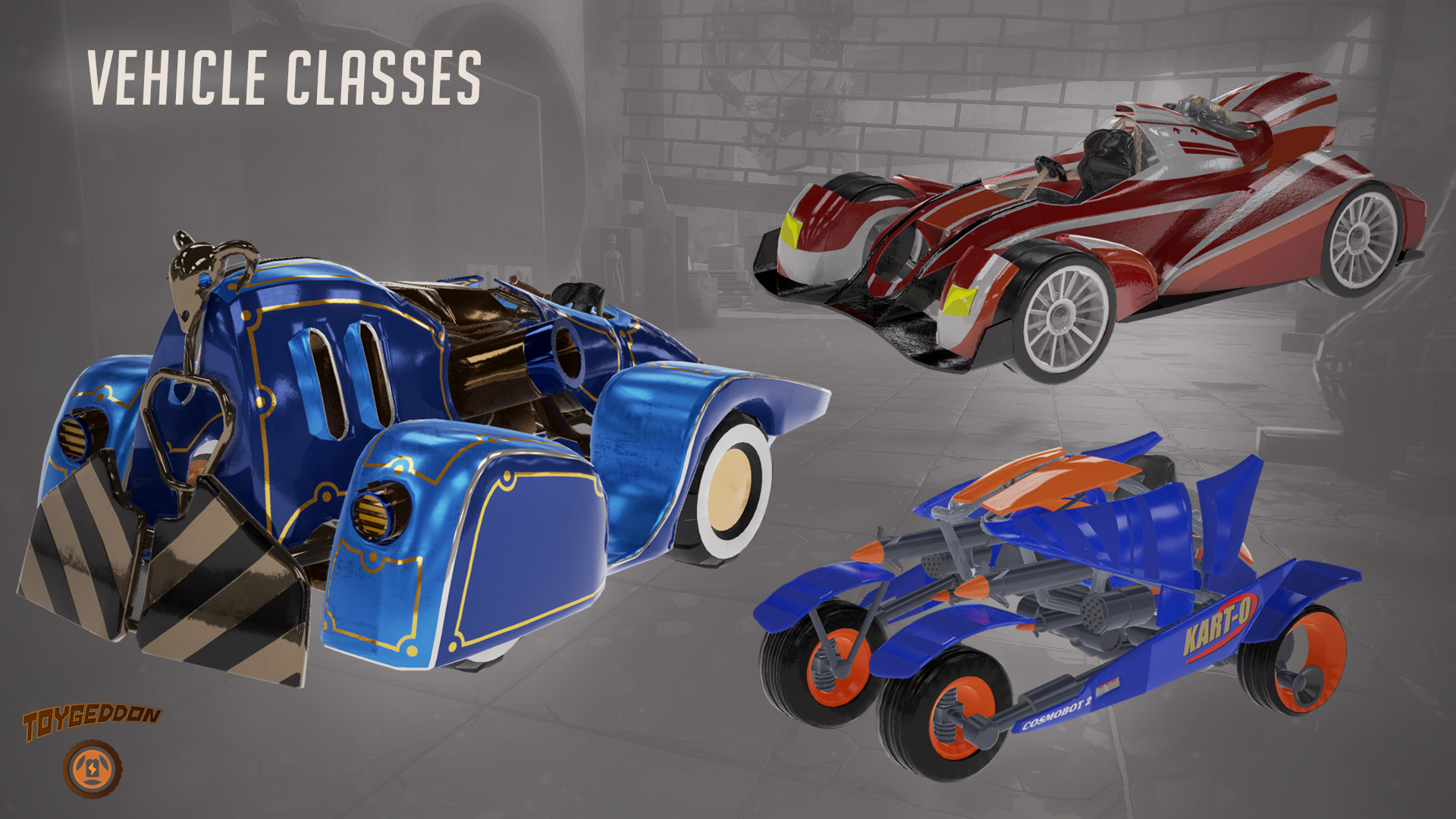 The story is the background of 3 game modes:

Finally escaped by the old shop, the Fugitives discover that on the other side of the park, a new Shopping Centre called Promised Land Mall, is under construction.
To reach it, they will have to transport their supply of batteries through the park, fighting against a group of toys that live like Marauders , after having been abandoned by their owners in the park.

The ​Fugitives head to a new shopping centre called "Promised Land Mall". To reach it, they will have to transport their supply of batteries through a park infested by Marauders: toys that have been abandoned by their owners. Defend you precious cargo and make your way to the new home!

King of the Mall 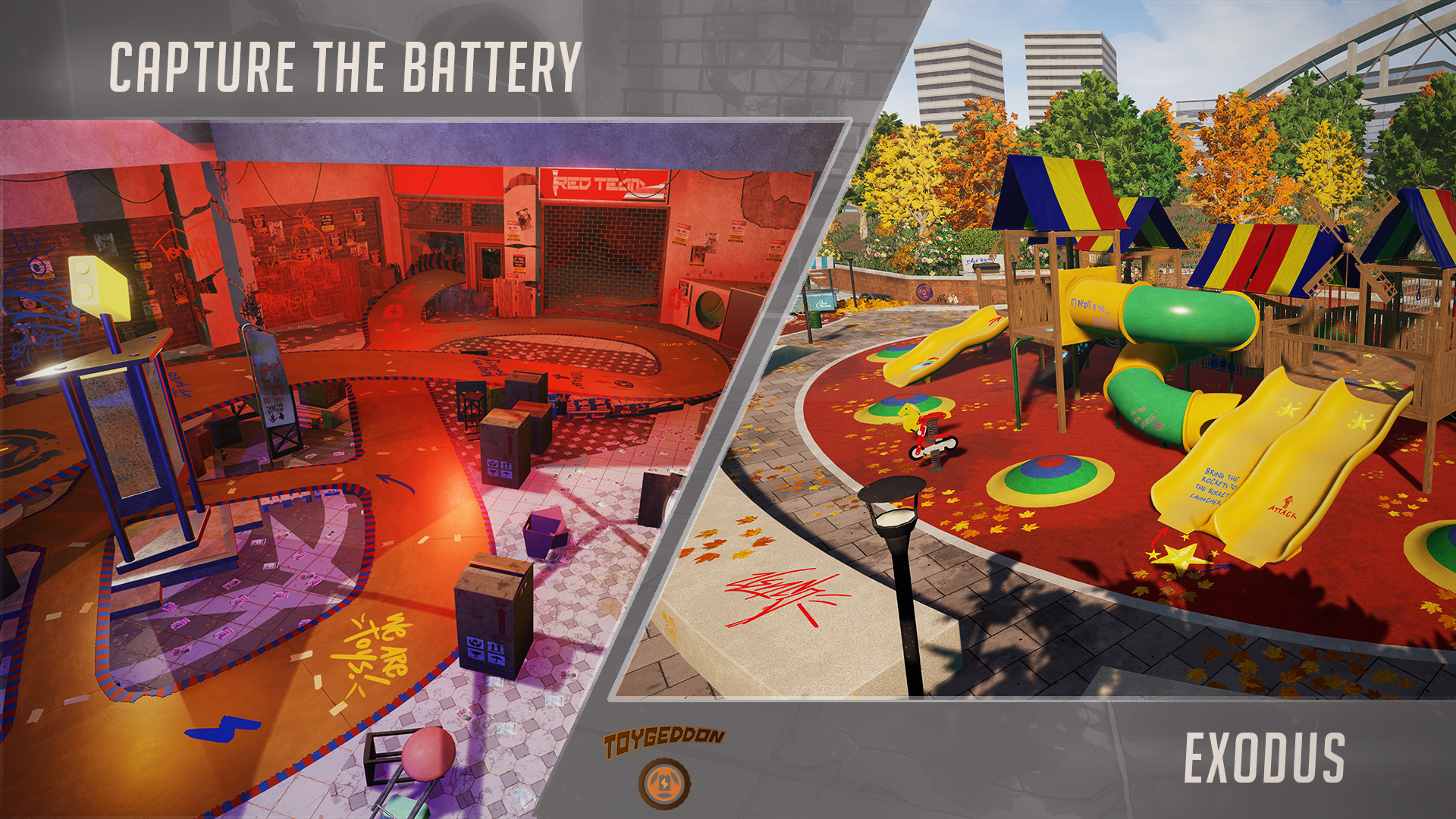 Within the 3 game modes, every single toy has a unique look, and can be customized with many options, while vehicles are divided into 3 main categories , with different characteristics regarding speed, life and weapons capabilities that , cross- referenced by power up and skills of the chosen toy enable the creation of several strategies to adapt to the evolution of the game.

The Game will be beta launched on Greenlight and will include 2 Maps, 3 Vehicles, and 4 Puppets. 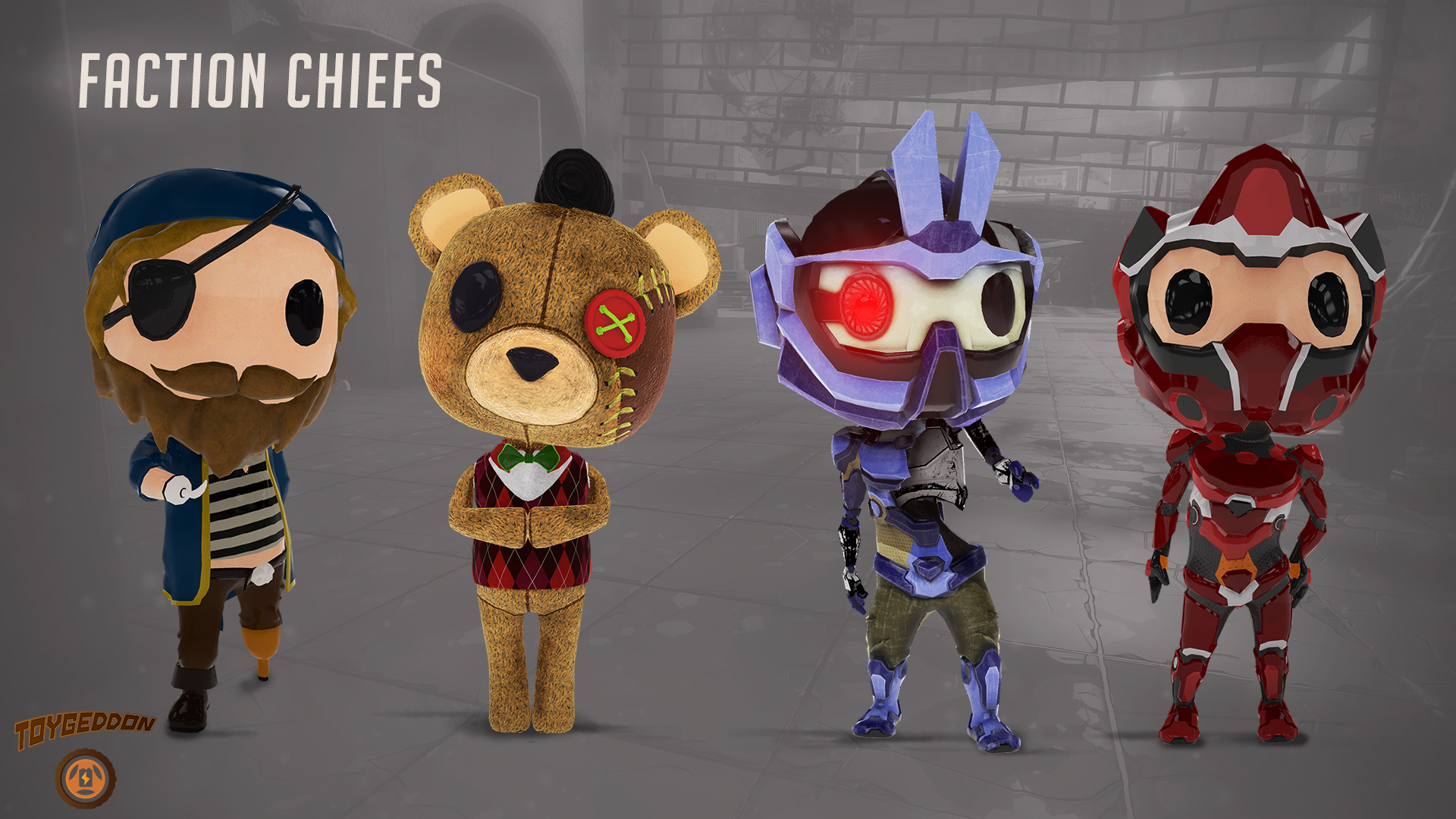 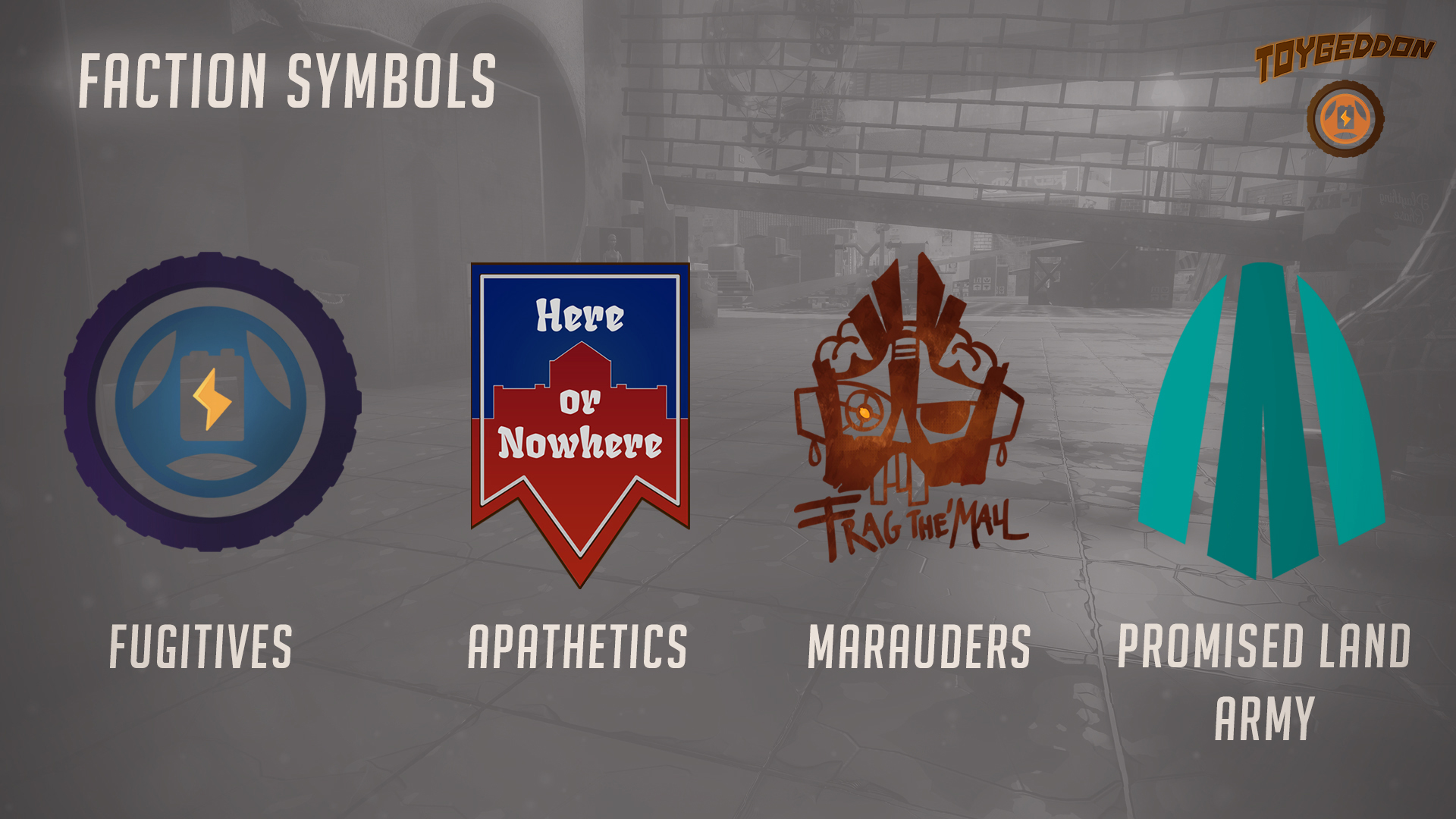 We are always looking for opinions and evaluations;
any comment, doubt or question will be welcomed!

We Were UV Developer