Toxic Sins Of An Empire Version 0.7 Update. The pass, present, and future of the mod. 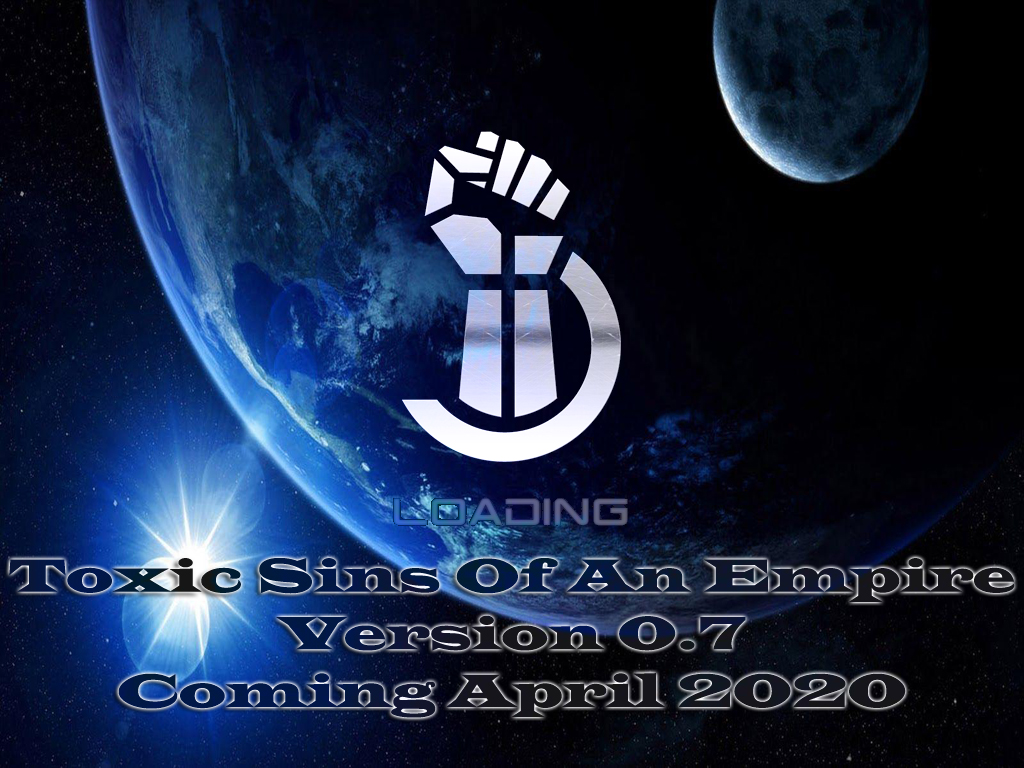 Stay Up To Date With This Mode Click The Link Below

So You Get The Updates As Soon As We Have Them

Thanks For The Support

How to get this mod working:

You extract the file into that folder so it should look like:

What does this mod do?

Currently in the hands of the public it is a graphic remake of the original game. What is in my hands is ship meshes a tech tree remake new sounds and much much more that hasn't been released to the public. As to the low end machines yes we did tweak some things to make it run better but that was because we literally busted the graphics engine a few versions ago to the point where low end machines would get 1 fps and then crash. The mod itself isn't intended to make it "Work Better" for low end machines it was just something that we kinda had to do. Hope this helps.

Welcome back everyone. I know it has been a very long time and I am in the process of uploading a video covering all the things coming and what will be available in the new version. It should be done mid to late April with small and big releases along the way. I totally understand one thing. Version 0.6 was terrible. Most people went right back to version 0.5 and I totally understand why. Version 0.6 was released as a stable build and it runs stable but a lot of the updated features was totally unfinished and tossed into the mod just to get it out the door. This time it is myself and 2 other people working to get a good Version 0.7 released without it taking months and years to do it. We have changed the work process to get more things done more effectively. To some this might seem as a trivial thing but to a project this big having goals and tasks goes a very long way. To start with when it comes to changes. The UI in version 0.6 looks like a big rainbow with no obvious reason things are they way they are. This was because we just tossed it out to the public without barely working on it at all. So in version 0.7 the rainbow UI will be removed until a future release where we have more time to work on it. It is not getting cut from the mod because a lot of people wanted a better more modern UI but to do the quality we want it will take a lot more time. We hope that people understand this process and work with us as we release future updates.

Much more to come

Toxic, Sins, Of, An, Empire