With Alpha 1 in the wild, I can sleep a little easier. But not that much easier, because there is tons of work to be done before Alpha 2 is fit for release. Since I haven't written anything in a while, I wanted to tell you about some of the progress I've made.

Intro
With Alpha 1 in the wild, I can sleep a little easier. But not that much easier, because there is tons of work to be done before Alpha 2 is fit for release. Since I haven't written anything in a while, I wanted to tell you about some of the progress I've made.

Ice Planets
This class of planet is covered in ice. It took a while to get the ice coloration right, I didn't want them to look dull and boring like snow balls, but I think it turned out well. 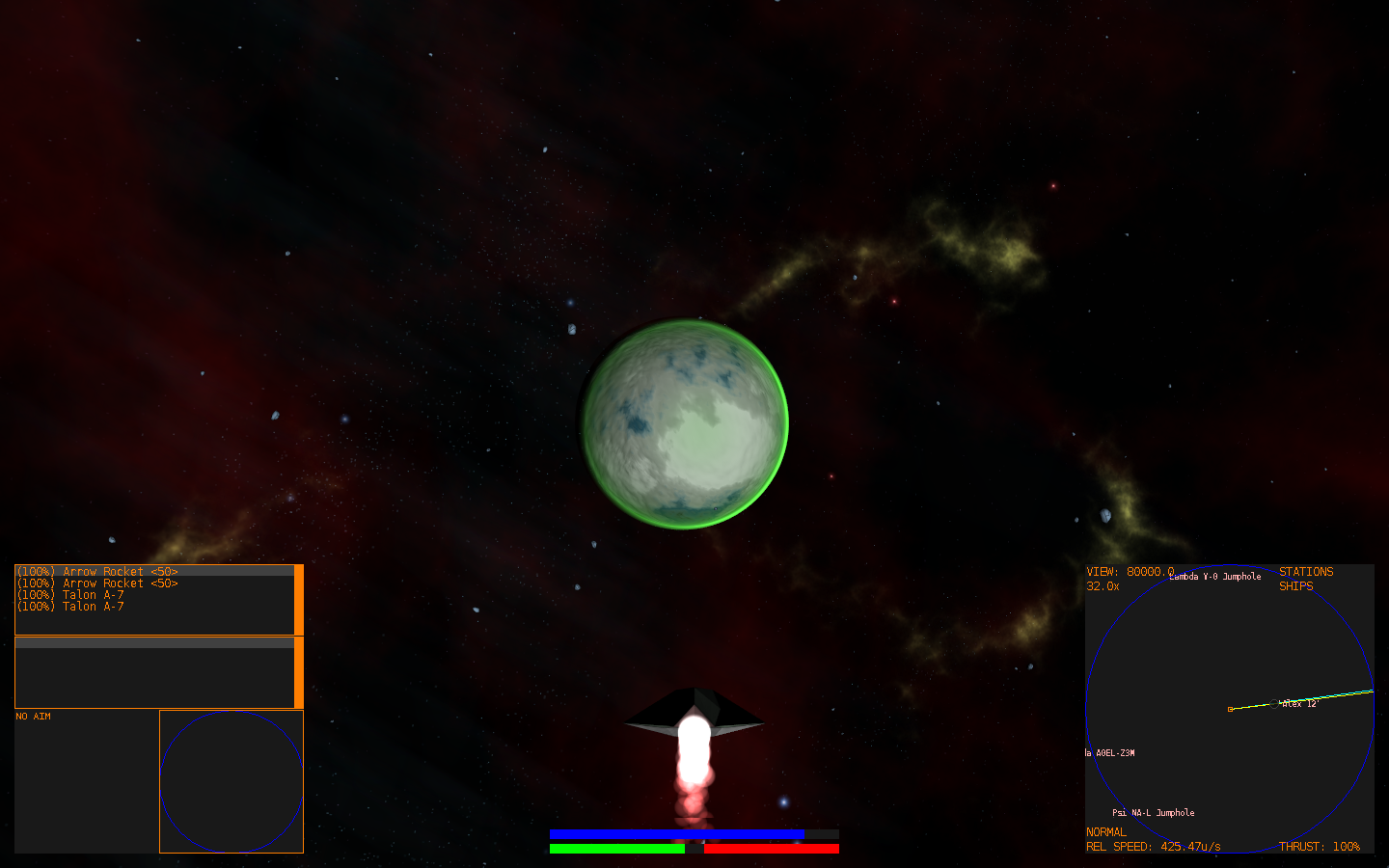 They can have a wide variety of atmospheres, but they never have liquid on their surface. There's nothing there but ice, just ice.

Piracy (Yarrr)
In Alpha 1 you may have found it difficult to actually be a pirate. This is because there is little to do as a pirate in that build. The only pirate activity you could do was smuggling, because no loot would ever drop. 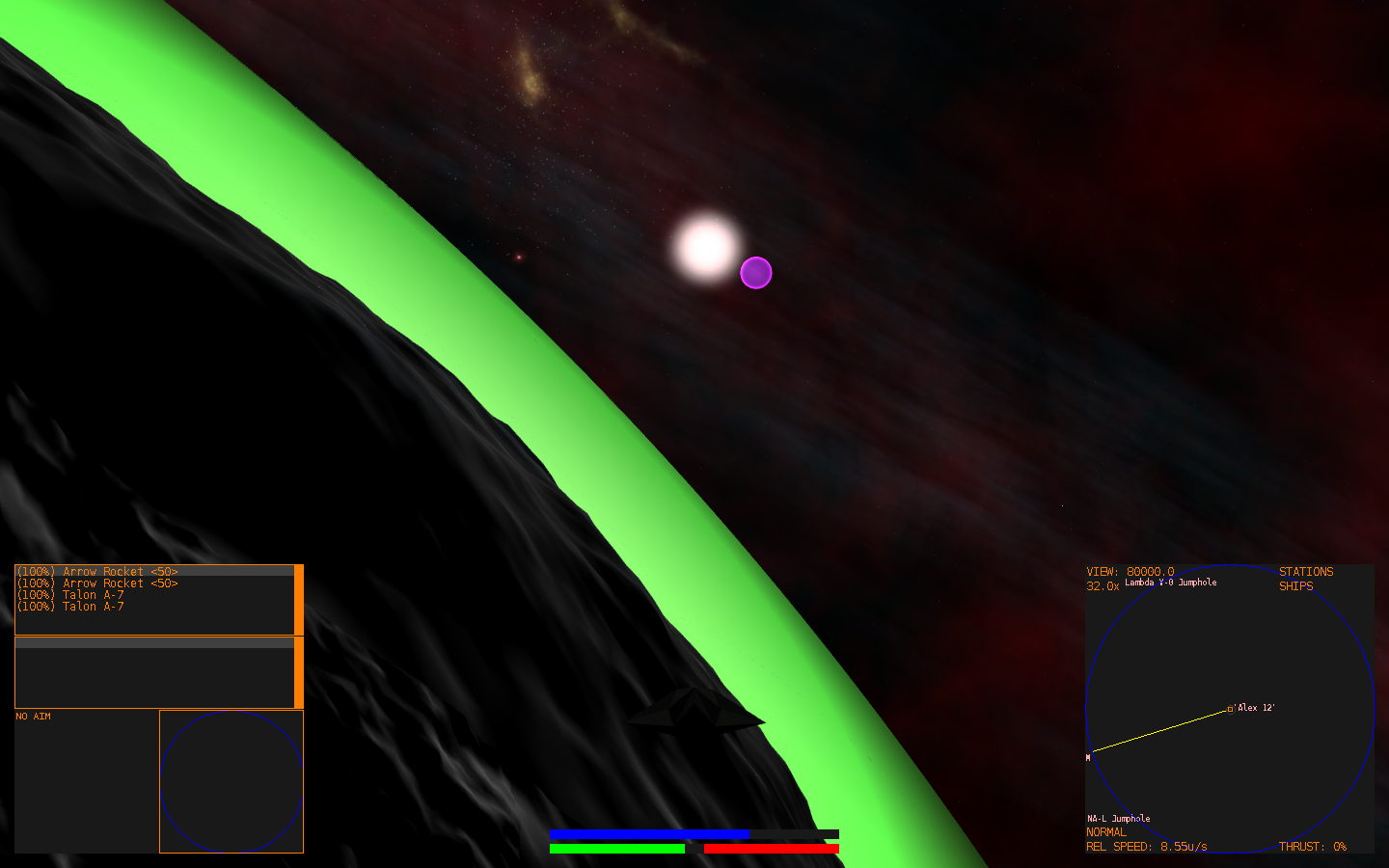 Actually, loot wasn't capable of dropping until tonight. The "Eject Cargo" button did nothing, and all loot always went down with the ship. Now, whenever a ship is destroyed it has a chance of dropping some of its loot, which you can steal and go sell somewhere else (or use).

So once Alpha 2 hits being a pirate will be more fun! Eventually, not necessarily in Alpha 2, I will be adding the ability to make ships bail so you can steal them. I had this working in High Albedo and I miss it already in Outlier.

Remappable Joysticks
Many of you have probably noticed that your joystick either didn't work or had inverted controls. This was because of two problems:

To solve these problems, I have fixed the code and added a new data file which is deployed into your save directory. This file contains a simple way of changing the axis map.


So if your joystick is misbehaving in Alpha 2 you will be able to correct it by editing the file payload.txt in your Outlier save directory (".outlier" in your home folder). Note that the throttle doesn't control anything, since the hat is used instead,

The file name is due to the idea that eventually this file will store initial configurations for many aspects of the game, but for now it is just the joystick.

Trade Politics
One of the promises of this game was that your trading habits will affect your faction standings, and in Alpha 2 that is a reality. Now, whenever you trade with a faction you get a small standings bonus to that faction and a derived modification with other factions. 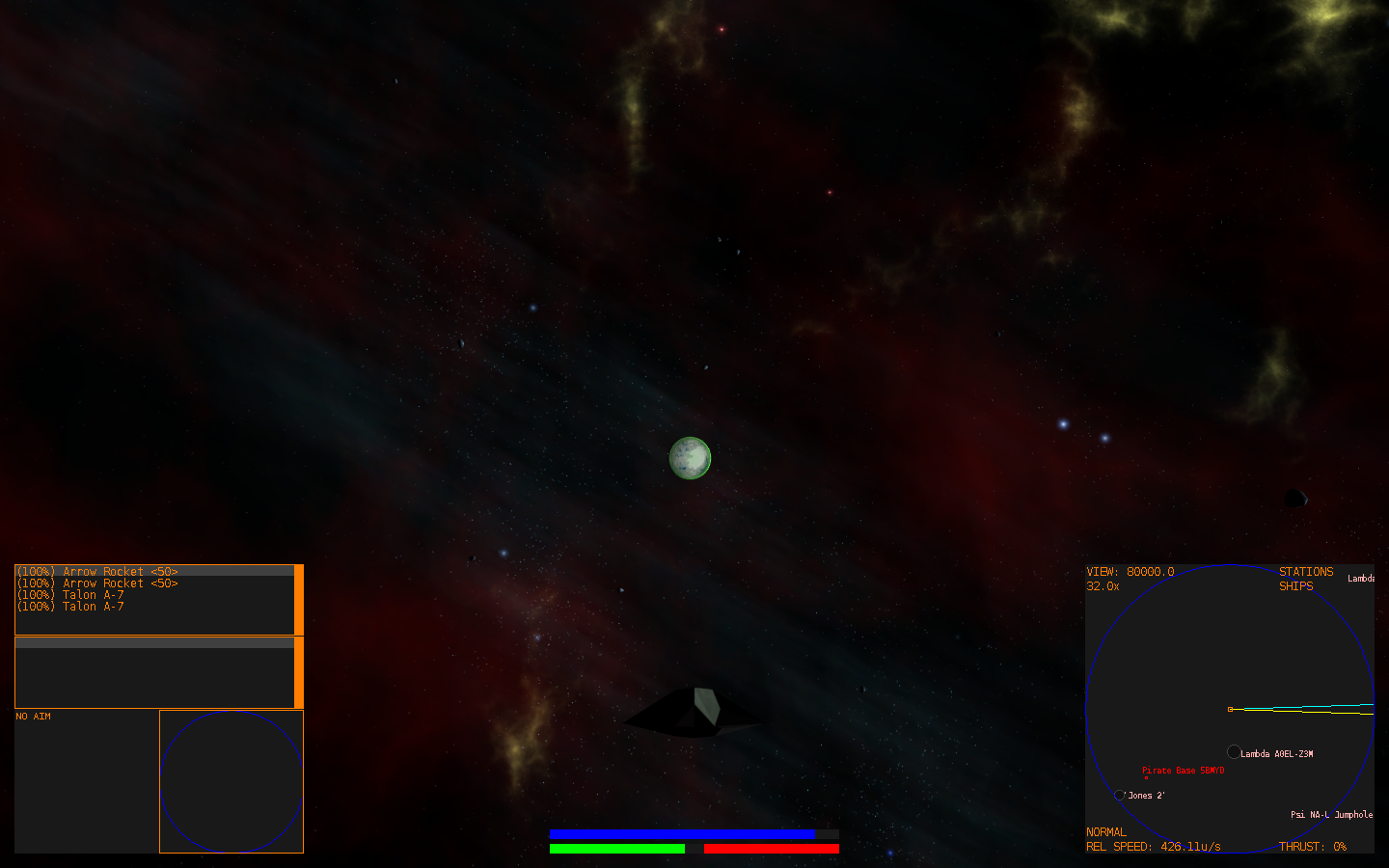 I like this feature because it doesn't give you a way out of the standings game. In many of these kinds of games it is possible to become friendly with almost everyone, or even everyone, by carefully picking who you shoot at and do missions for. This will be impossible in Outlier! You will never be able to balance standings so that you are everyone's best friend, because that is bad gameplay.

By now you've probably noticed there have been 3 ice planet pictures. Unfortunately, there's no good way of showing these kinds of back end engine changes with screen shots, so I am showing you a pretty planet instead.

Hot Keys For Targeting
Like in High Albedo, there are now hot keys to target the nearest friendly, neutral, and hostile object. This will make combat a lot easier, and will reduce the need to use the mouse and joystick at the same time.

Simplified Project
When downloading the Alpha 1 source you had to manually resolve the JME references. This is because I use vanilla NetBeans with the libraries added instead of their customized environment. I have properly included those libraries and relative paths to them, so the Alpha 2 source code will be easier to build!

Bug Fixes
Of course, there have been the obligatory fixes.

Roadmap
I am looking at an Alpha 2 release in the near future, so you will be able to enjoy all these features and fixes. There are also some surprises in there I haven't talked about here, you'll see what I mean by that.

I want to improve the AI's collision avoidance (and by improve I mean create, they currently don't look ahead of themselves at all and will happily fly into planets and stations) and the missile guidance routine (which for some reason is better at hitting moving objects than stationary ones - what's up with that?!)

And then I will be ready to release Alpha 2! So it isn't that far away, and if it starts taking too long I'll just ship Alpha 2 without those two changes. I predict Alpha 2 will be released within a month.

Comments
I am always open to feedback! Feel free to leave your questions, comments, and concerns here. You can also email me at masternerdguy@yahoo.com . I still need testers, so if you want to help look for additional problems I'd really appreciate it.