Breaking news from the development front! Come behold the spectacle!

Say hello to the first available Pokemon in Demo 6 of Faith & Prayer Version! 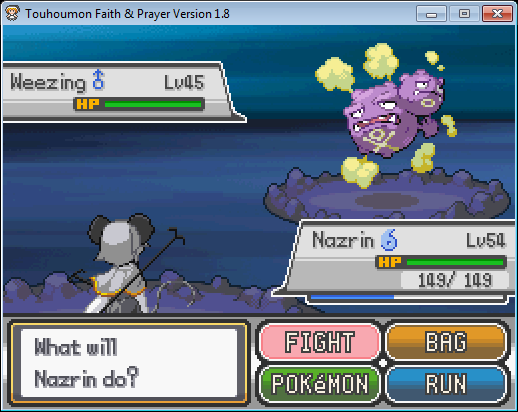 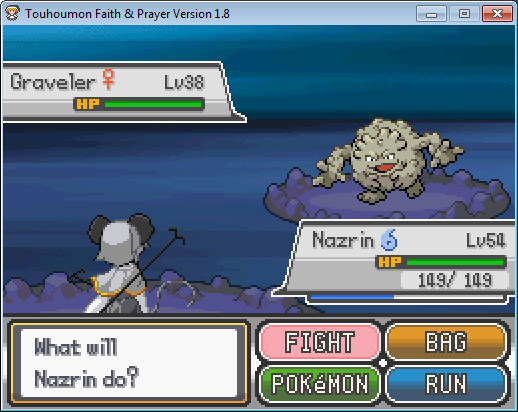 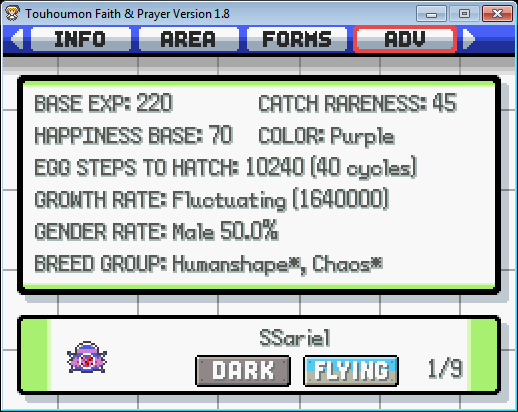 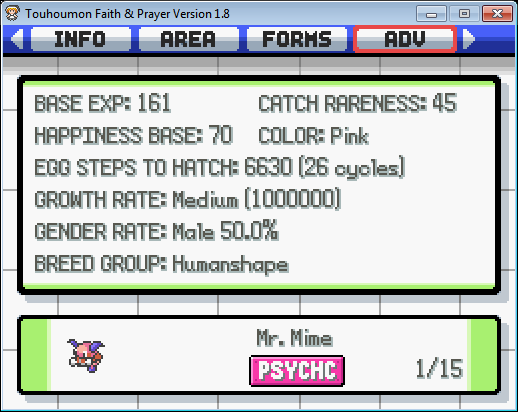 I've said in the past that Pokemon would eventually be obtainable in Faith & Prayer Version, just not for a while. It's time to start making good on that claim! Pokemon will not be obtainable until the end of the Kanto arc of Faith & Prayer Version, which means finishing up at Cinnabar Island. Conveniently, that's also where you can first obtain Pokemon - the Abandoned Cinnabar Mansion!

The Abandoned Cinnabar Mansion is the same as the one from Kanto games prior, except it's now buried deep under the ground thanks to the volcanic eruption 7 years ago. Most of what could be explored before is completely ruined. However, it would seem a few old barricades have come undone, and the depths of this abandoned mansion are now explorable. What could be found in the depths of this neglected place? If you've read the journals in Cinnabar Mansion in the older games, you should have a good idea what awaits down here!

Another change you can see in these photos is the gender icon being different for Weezing and Graveler from Nazrin. The reason for this is another change that will be present in Demo 6: The separation of the gender classification for Puppets and Pokemon. A change that needed to come at some point was the hard distinction that Pokemon and Puppets are two very different species, and are not compatible at all - I'm crushing your hopes and dreams here and now, Pokemon and Puppets will not be able to breed with one another. Throw them in the Daycare all you want, they will not produce an egg! In the Advanced Tab of the Pokedex, you can see what Breed Group each species has. Puppets have an asterisk next to their breed groups, to signify that they cannot breed with Non-Asterisk breed groups. Even if you put a Speed Sariel in the daycare with a Mr. Mime, which both have Humanshape, there will be no egg produced. I wont stop you all from writing some weird fanfictions though.

There are a few other changes that are bound to occur. I'm also thinking of changing Kokoro to be the Shoddy Touhoumon Server Standard, but that's for another day. I should also be updating to Essentials V14 sometime soon. This will likely be the last Essentials update I do, as it is becoming far too much work to maintain the updates when things massively change. I may try and cherry pick updates from Version 15 onward, but don't expect much.

I can't give you a date for Demo 6′s release, it won't be for a while that's for sure. I've got the exterior maps that will be present in this build completed, so what remains is interiors, NPCs, Trainers, and the sort. Demo 6, when complete, will end just outside Union Cave, south of Violet City in the Johto Region. The exploration of the second region begins soon! Exciting, isn't it!