Focused on polishing Fatal Velocity's gameplay, weapons, abilities, and making sure everything still has relevance and purpose.

As our Steam GL Campaign launches draws closer, we've been working our butts off trying to make a solid first impression and polish everything!

As we all know mobility in any fast FPS is absolutely critical and nothing sucks more than feeling like an anchor when you've already accumulated enough speed. Good news! If you time it right, you can actually jump and keep the movement inertia going increasing your chances of getting the hell out of a bad situation, capping the flag, or just pissing someone else off since they may not be able to keep up with you!

This one here is one we've been trying to fix for a looooong time and now the time has come to share with you all, the Push Phys_ gun is now AWEEEESOME! Every super charged mid-air blast results in your target having a 93.27% chance of death! Whether it's hitting an object or being thrown out of the arena combat zone - the results are always satisfying! I guess what's even more impressive is if the opponent recovers from such a surprise attack - the battles rage on.

Feeling that the melee punches weren't powerful enough to justify players risking close quarter combat.. (because it's not like they dealt any serious velocity force to other players) I decided to increase it by 400% annnnd it turns out that may just be a little too much.... especially since melee weapons in the game are going to start to appearing in the game next week. But it's a start - right? RIGHT! Same goes for grenades! Before their force explosions were meh... but now, get caught in the blast radius, you're pretty much dead... PRETTY MUCH (meaning if you're one with the Force you could recover).

*cough* So yeah... we need as many people to try Fatal Velocity, right? I mean that's how a game gets better.... more people player it, point out what they liked, didn't like, what they thought was awesome - and what was shit. Seriously, it does wonder for us when people are brutally honest.

Join us at our Steam Community Page and I'll get you setup with the latest build! 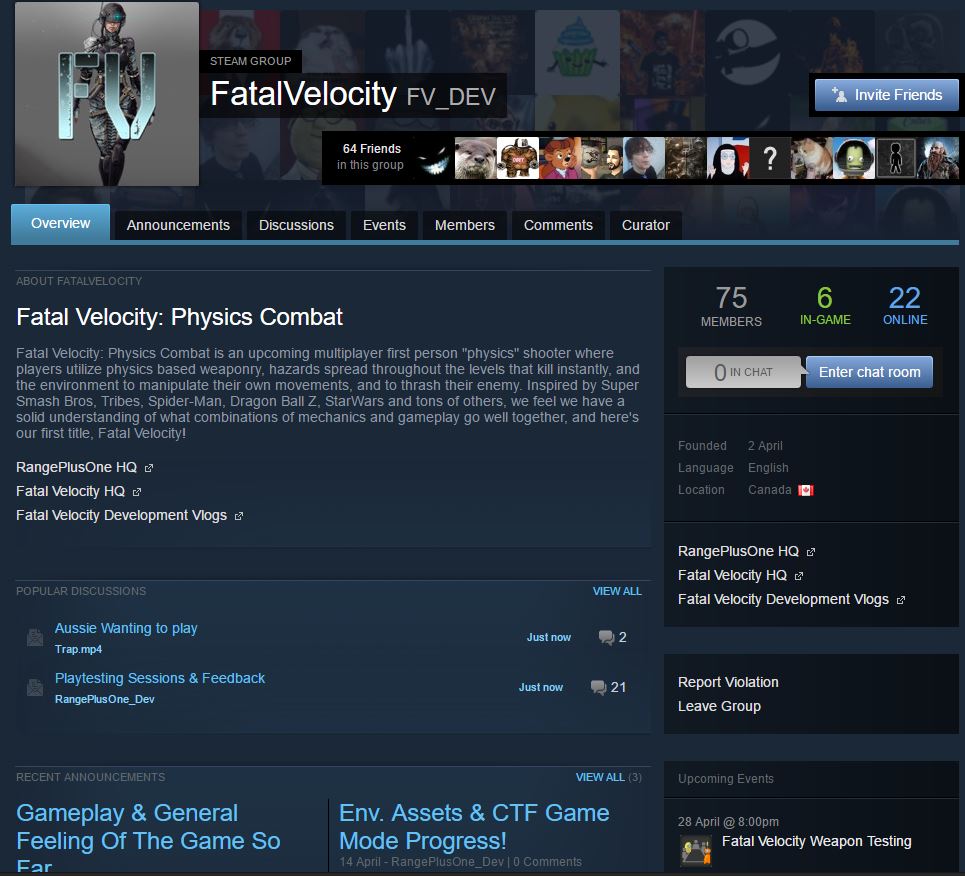