Two Hell and Heaven-themed mapsets to start the year with because I couldn't find anything that would actually fit the date.

Happy New Year! Sadly I have found pretty much nothing that would be a good fit for the past days - Christmas- or New Year themed alike - so instead I'm just gonna tell you to go to hell. Rather literally, as you'll see in a moment. Introducing two new mapsets...

Our first course is called Hell Wolfenstein. Eight maps for the First Encounter, it was made by Clubey, with the last modification date set to December 30, 2000 (so it almost fits)... It's not actually much to talk about. Clubey openly admits this is one of his earlier sets and not particularly serious. According to the docs, some maps in this scenario actually come from other people and were then presumably edited... Unfortunately there's no credits in the readme file. Maybe one day we can track these down. 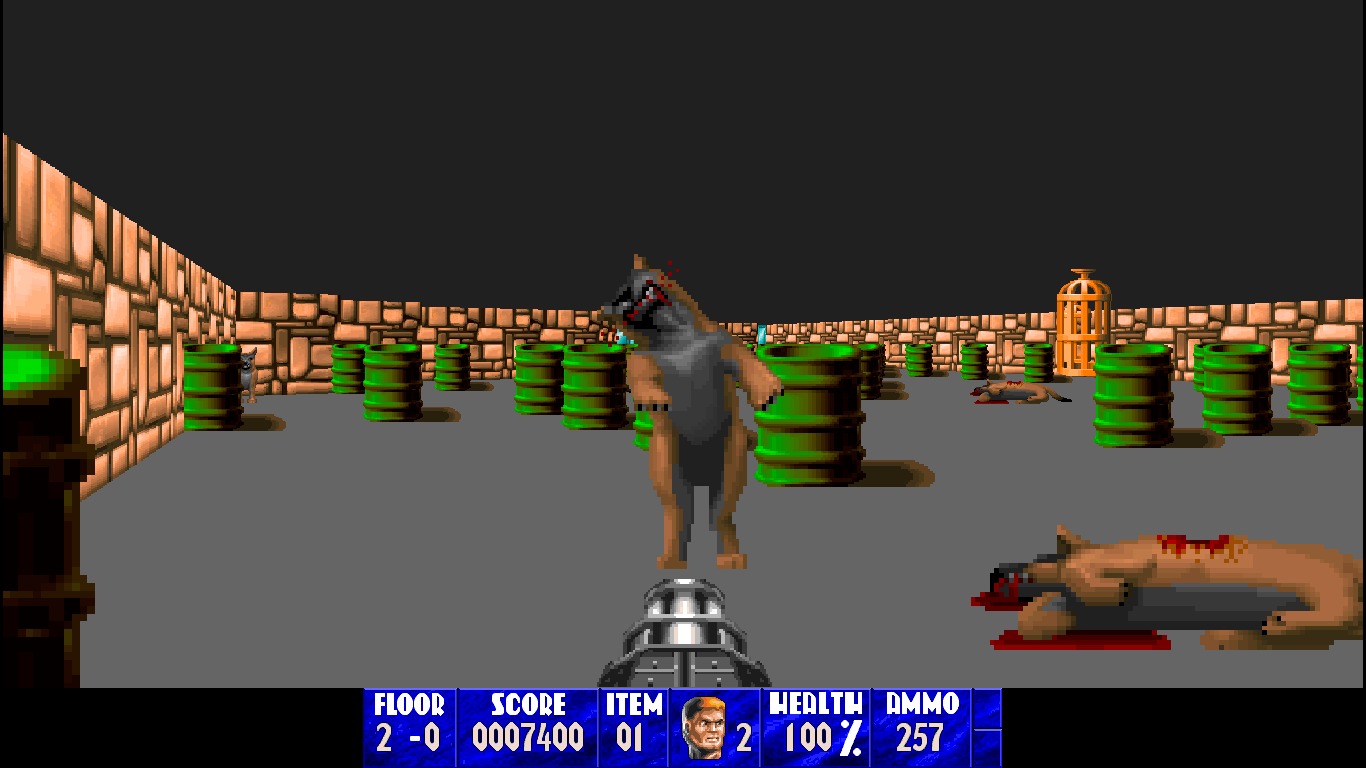 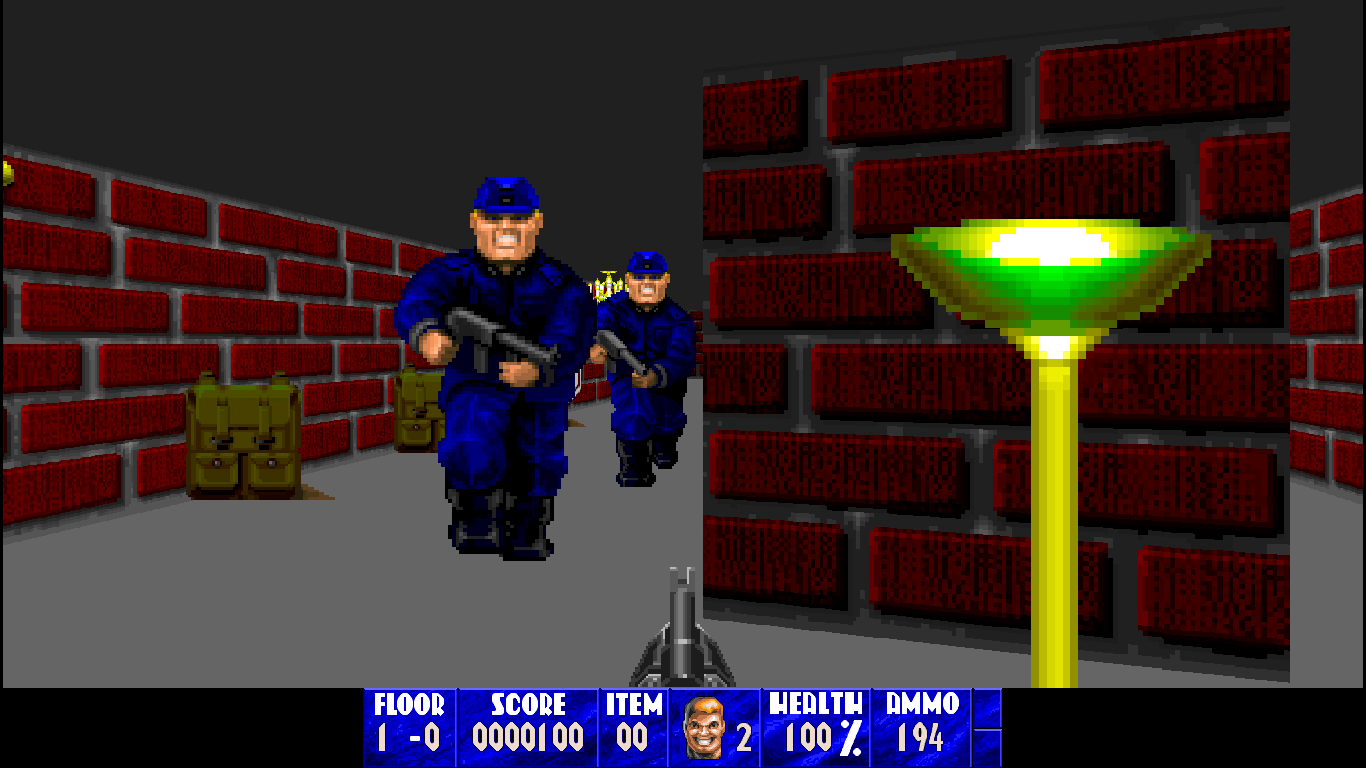 ===CREDITS===
Clubey and some unknown mappers

The second mod is named (as translated from Japanese) Wolfenstein: The Hell to Heaven. 11 maps for the First Encounter. It's a very old and obscure mod, made in 1996 in Japan, preserved by Clubey for the Western audience to enjoy, then ported by us for the PC audience to enjoy. You better have fun. The story is fairly interesting: you're captured and locked up in the dungeon of a fortress occupied by people who think Hitler is literally God. They are going to use religious brainwashing to convert humanity to Hitlerism, so better kill them all before you yourself fall for their mind control. That's how religion works.

I have included the Japanese readme for completeness' sake. If you can somehow translate it, tell me know in a PM. 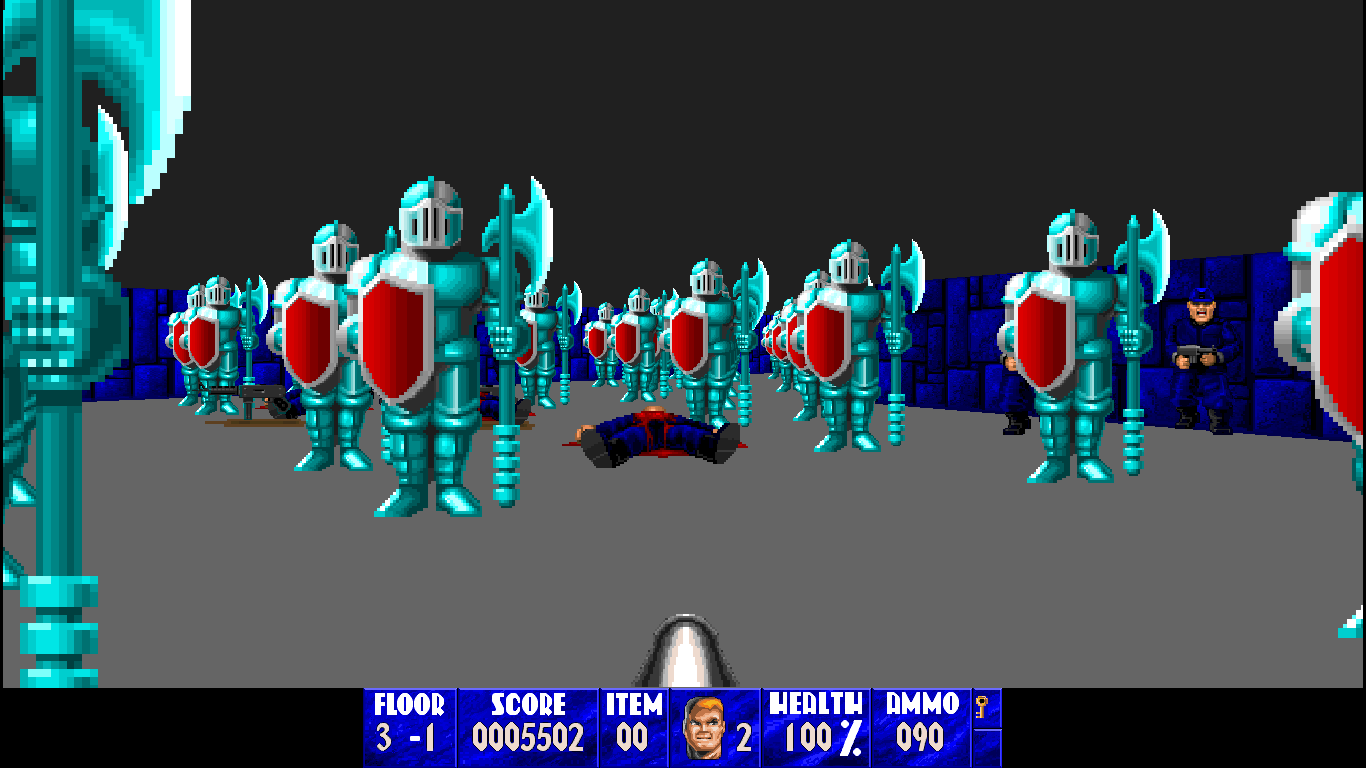 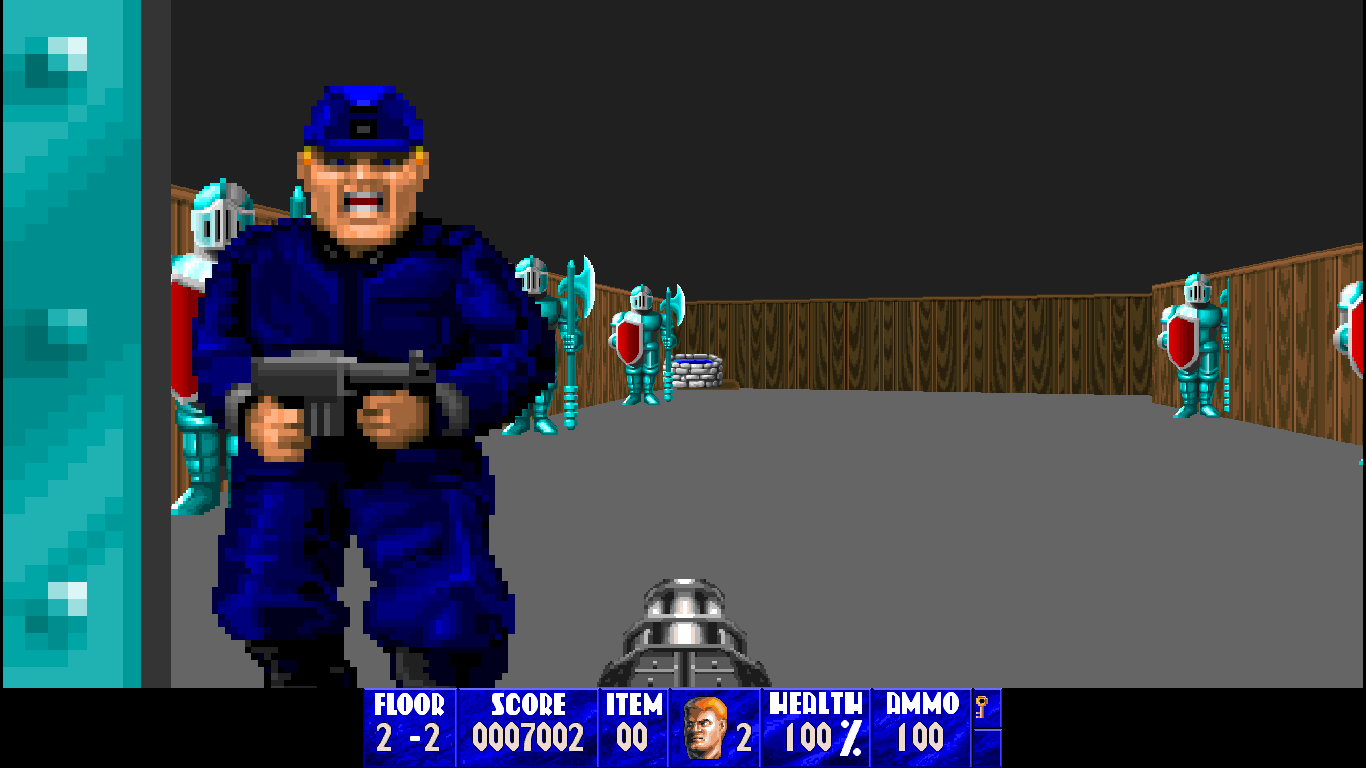