Post news RSS To create the world.... or blow it up

World generation has changed significantly to provide more interesting terrain. All the better to use TNT with.

There have been a lot of minor fixes and changes to Spoxel in the last few weeks, however, they are all dwarfed by the giant terrain generation update I made. Before, I was using a stamp system that wasn't very elegant and frankly, made some boring terrain. I built a layered noise system which let me generate new terrain with interesting cave systems like this. 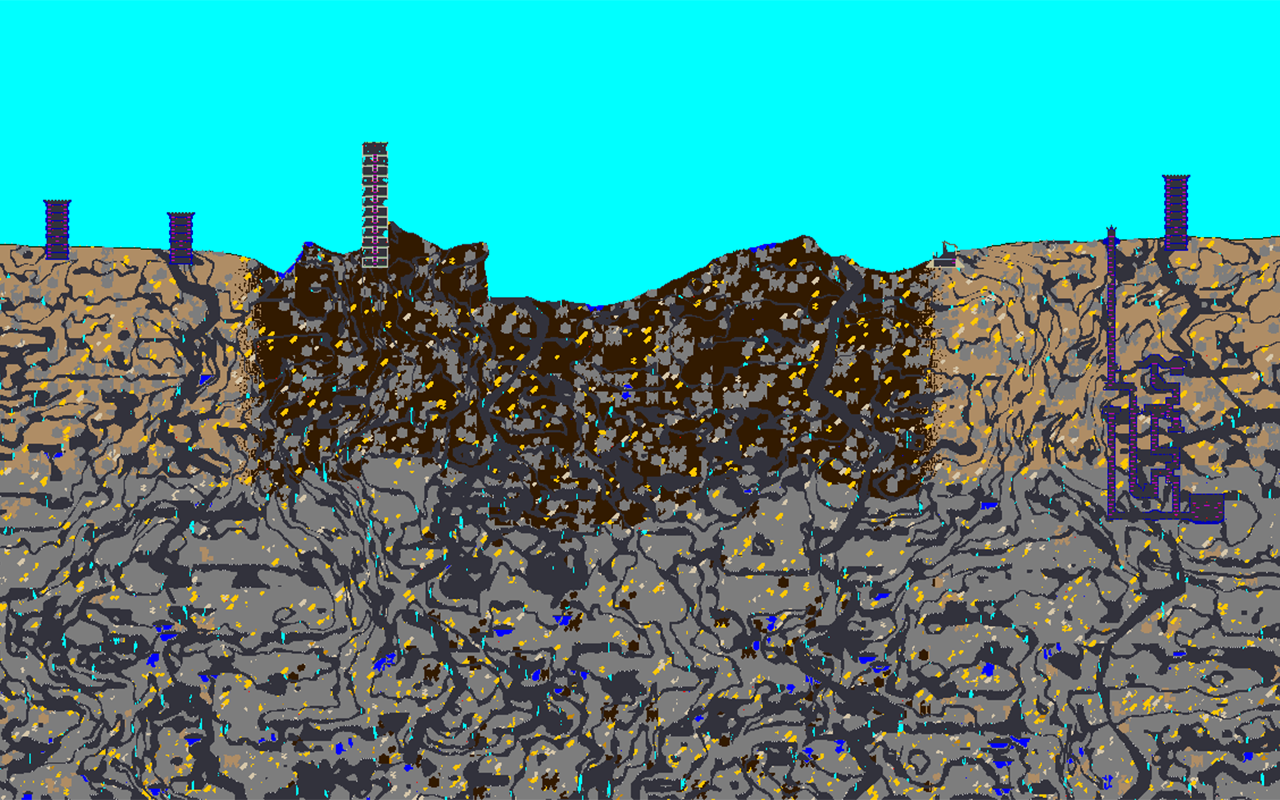 This image is from the test world generator utility I wrote. In this image you can also see some terrain overhangs in the dark brown section which weren't possible to generate in the old system. As part of this new generation I added a way to "smooth" terrain by using slopes. So you get naturally generated caves like this. 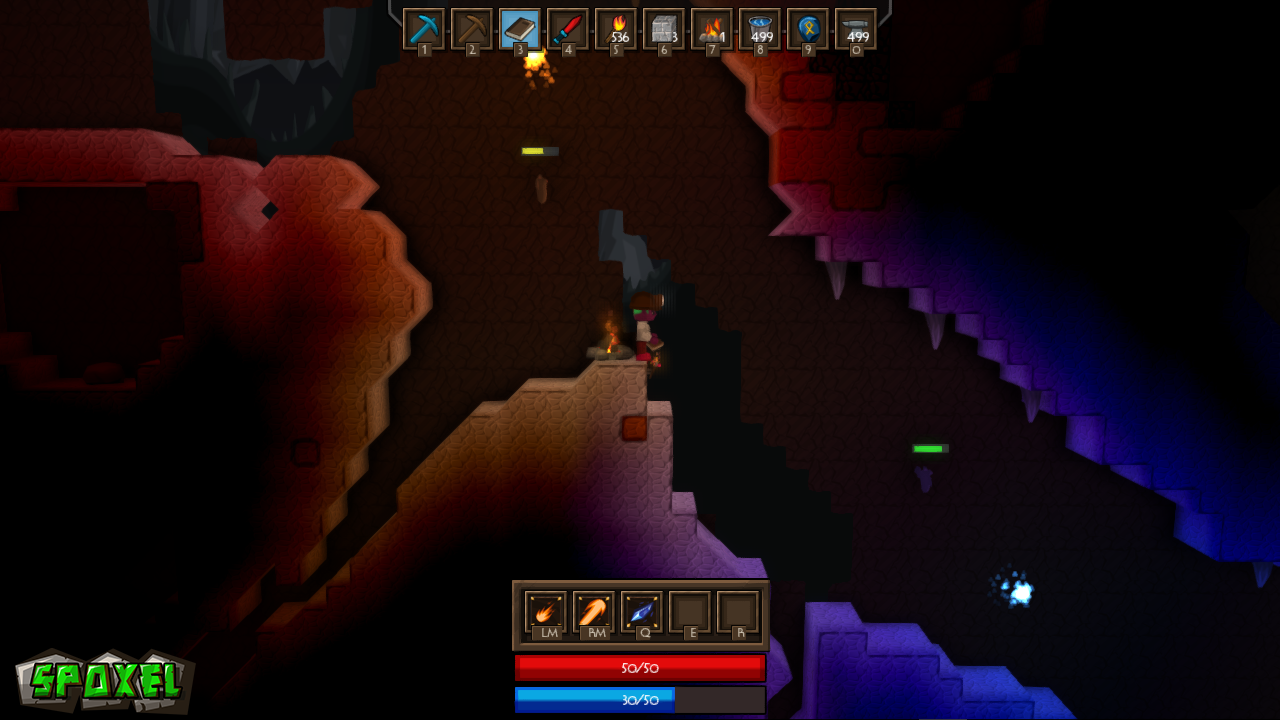 This turned out much more visually interesting than before. Spoxel has had a lot more than generation changes though! I made a number of quality of life changes as well as added some new effects into the game. What's better than new terrain? Blowing it up of course!

This has been a long time coming, but there is now TNT in the game which allows you to mine pretty quickly! You can also see the new screenshake effect in action as well. Spoxel is of course, at its heart, a crafting game so I've added a number of new sword blades as well as new armor stands to show them off. 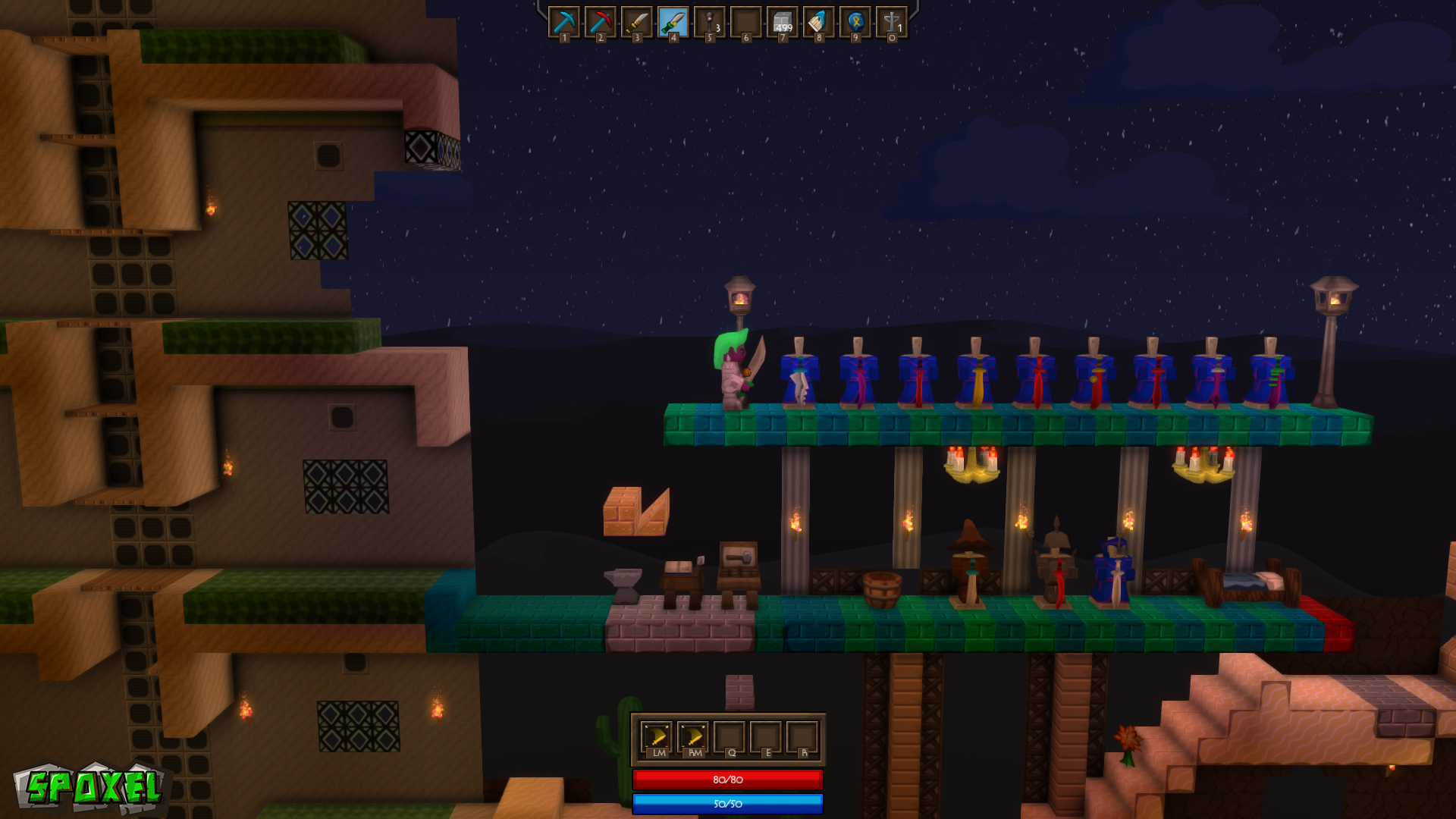 Since you do a lot of mining and placing blocks in the game, I came up with some changes for that too.

There are a lot of other changes still coming down the pipe and i'm looking forward to showing them off when the time comes. Till the next update!

Yes, this is very interesting! I love Terraria and have been looking for a similar game. Keep up the hard work!