An interview by the GamingBolt team to the Art Director of ZHEROS, to know something more about this new beat'em up.

From the outset, Rimlight Studios' Zheros isn't your typical indie title by a mile. It features a bright and colourful sci-fi setting meshed with an old-school beat 'em up style of gameplay. This gives the game a certain charm and soul, one that helps it stand out in today's market. It also helps that Rimlight has bestowed a sense of humour and bravado into the story, which is equal parts adventure and mystery.

GamingBolt spoke to art director Fabio Ilacqua about Zheros and asked about the various aesthetic choices in the characters and settings. We also talked about the relevance of beat 'em up titles in this today's industry and how Zheros seeks to distinguish itself when it eventually arrives for PC, Xbox One and PS4. 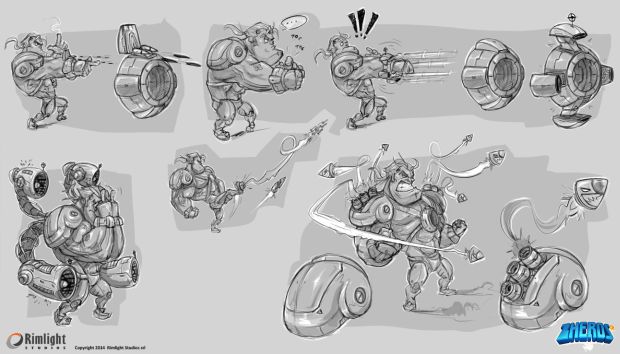 Rashid K. Sayed: Zheros makes use of some very stylised characters, what can you tell us about the design process for the cast?
Fabio Ilacqua: We started the design of the characters in ZHEROS with the idea in mind that we wanted to stay away from realism and our desire was to create something a bit bizarre that hopefully could make people smile.
Mike the main character and his big chin were relatively easy and since the first draft the concept were close to the look we have today in game. Mike's partner Dorian and the enemies required a bit more work, also to make sure they would fit with the style set by Mike.
Rashid K. Sayed: The environmental artwork for Zheros shows of an impressive looking world, what can you tell us about the games setting?
Fabio Ilacqua: The ZHEROS universe is set in a highly technological world. We have spaceports, big factories that produce robots, but also a genetically mutated forest mixed with strange buildings and laboratories. We decided to create a complete new world that was not the classic earth planet but we wanted to make sure that the player could also find familiar elements to relate to

Rashid K. Sayed: There are pages upon pages of concept art on the Zheros site, what can you tell us about the enemies and their designs?
Fabio Ilacqua: The enemies in ZHEROS have two characteristic in common, they are crazy and they all come from the twisted experiment of the evil Dr. Vendetta. Based on our storyline we decided to create two main categories of enemies, robots and mutation. The player will discover where and how they are created and what the common elements among all of them is.
We had many interesting design during the concept phase but as it always happens in those cases, we had to cut and pick a few of them. One thing we didn't want to lose is variety so each enemy is going to have at least some variations that will add to the gameplay. 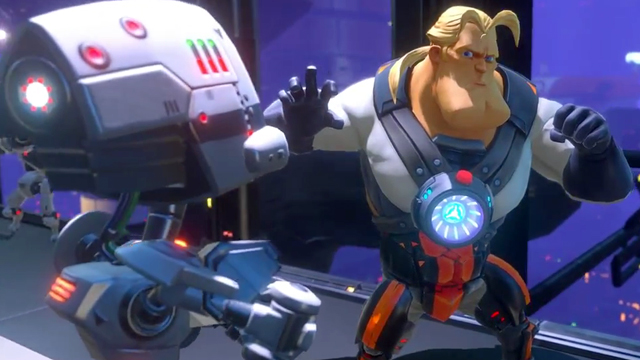 Rashid K. Sayed: In a development diary, "new levels and locations" are mentioned. Just how large will the game be?
Fabio Ilacqua: The adventure is going to take the player through 2 different main environments divided in several levels that will offer several locations to be explored. An interesting mix of technology and natural environments that adds variety. We have of course many ideas to further develop the ZHEROS world and we're planning to release additional content down the line.
Rashid K. Sayed: Zheros seems like quite the fighter, but brawlers have fallen out of favour recently with most gamers. What makes Zheros special?
Fabio Ilacqua: We think that the combat and player progression are the core ingredients for ZHEROS and fun experience in this genre. There are still plenty of people that want to take a controller and go crazy (perhaps with a friend) punching enemies and destroying as much as they can on their way. We want to make sure that happens in a smooth and enjoyable way, with plenty of moves.
We're adding the possibility for the player to upgrade the character based on different stats, moves and weapon.

Rashid K. Sayed: Zheros seems like a game that would be very well suited to portable systems, would you ever consider bringing it to the Vita or Nintendo's New 3DS?
Fabio Ilacqua: At the moment we're targeting only PC, Xbox one and PS4 but we don't exclude a version for PS Vita or 3DS in the future.
Rashid K. Sayed: Will the game run at 1080p and 60 frames per second on both consoles? And which console did you found it to be easier to achieve that standard?
Fabio Ilacqua: We are definitely aiming for the 1080p and 60 fps, and from what we are experiencing at the moment that's a totally doable goal on both consoles. 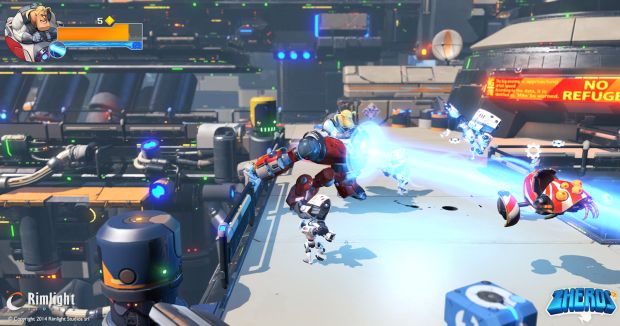 Rashid K. Sayed: Did you face any issues due to the Xbox One's complicated architecture?
Fabio Ilacqua: Our experience with the Xbox One has been so far pretty smooth, nothing really complicated in porting the game to it.
Rashid K. Sayed: What is your opinion on the ongoing resolution and frame rate debate between the two consoles?
Fabio Ilacqua: For us the frame rate has been the main target from the very beginning because we believe that ZHEROS will greatly benefit from a smooth experience much more than having a higher resolution. To be honest both consoles in our case are more than capable of delivering very good performance.
People pick their battles based on their personal preference; some want high fidelity at any cost others are more focused on the feedback they get from a game. I think with time this debate will fade a bit especially when the two consoles will be more mature and with more games available.

Rashid K. Sayed: Is there anything else you want to tell us about the game before we let you go?
Fabio Ilacqua: First of all thanks a lot for the opportunity to talk about our game. ZHEROS is our first project and as a small indie team you can imagine it's a big challenge but all our focus is on making it as good as we can.
We'll release more and more news as we go and since the release date is going to be some time this year we hope that people will follow us, let us know what they think about it (we're always open to feedback) and most of all they will enjoy playing the game.