Ordering your crew to just fight enemies is not enough, sometimes you want to save or protect the injured ones, also a more detailed injury system, time management and sleep.

Until recently I had this feeling, why should I leave an injured crew member behind in battle? or let it burn when fire is spreading everywhere, with no capability of pulling injured crew members from those dangerous places it became frustrating in some events, losing them because I couldn't extinguish the fire on time, well not anymore, now you can carry injured crew members and put them in a safe place so medics can cure behind the lines, or you can carry enemy robots destroyed and try to hack them or get spare parts from them, but beware trying to hack enemies can result in booby traps too!, in a future update funerals will be also available for the fallen ones, why is this important? your crew interact with each other so losing a friend will affect them and having a funeral will help them overcome the loss, though if some crew members do not care nothing will change for them. 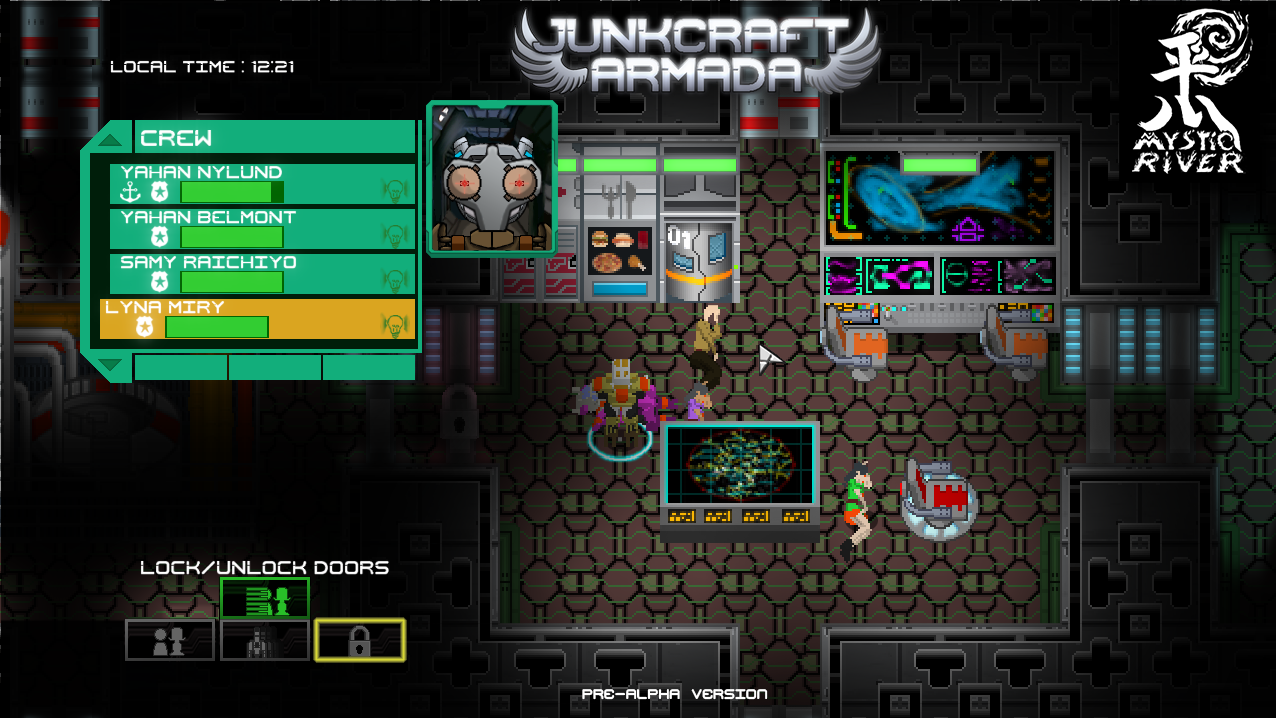 Also added current local time in your ship, this will allow the player to know the standard time in your ship, why is that necessary? well crew members need to eat and sleep, so according to the time shown on the corner you can see when night time is coming, though there isn't really a night time in space, but still your crew need to sleep. In this case I overworked my crew and they slept on the floor, later I will show the crew bunks where they can go and sleep. There is also a robot carrying another broken robot which I am planning to hack later. Robots do not need to sleep but need to recharge.

Beware, do not leave bodies to rotten in your ship, your crew will be affected emotionally if they see dead people, some may not even properly sleep for a long time. 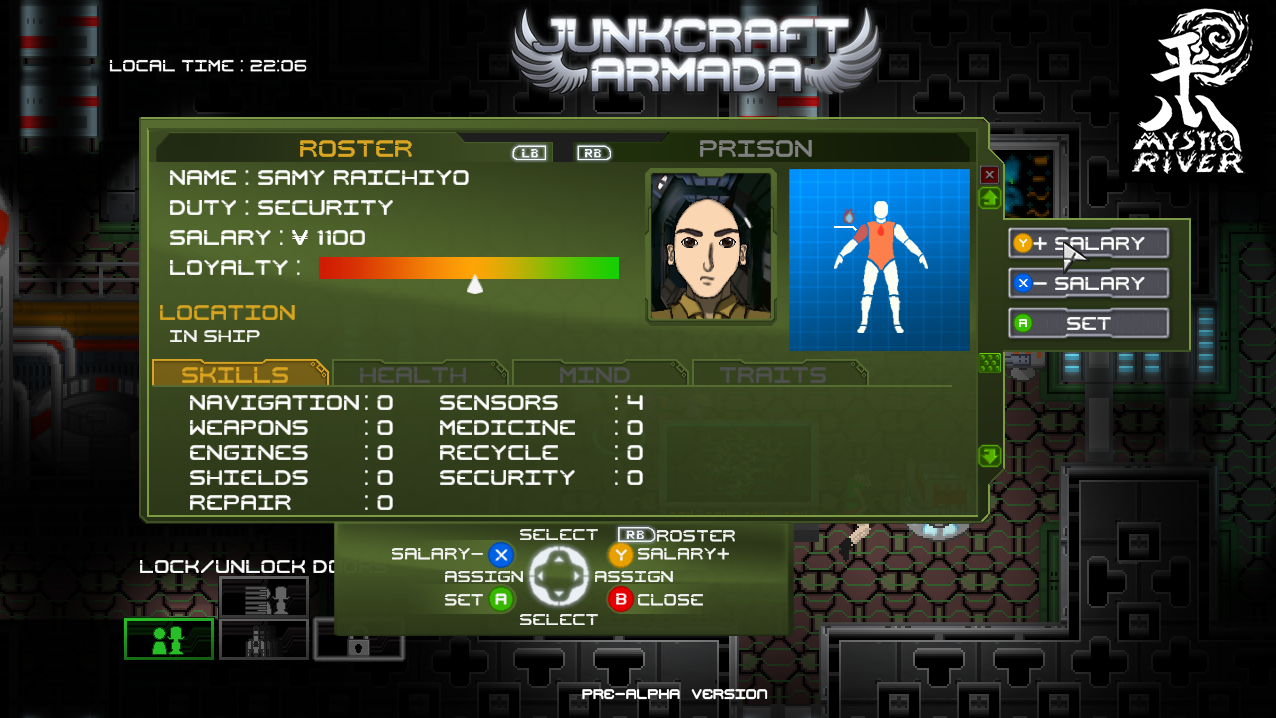 Lastly, I've been working on the injury system, now crew members health can be monitored and see which part of the body have been damaged, they can loose limbs or internal organs and more advanced medic facilties will be needed to repair or replace limbs, a missing leg will not allow a crew member to walk, or a missing hand will not allow a crew member to wield double handed weapons like rifles, only pistols. Depending on where the injury happened some crew members may develop phobias.

Some body parts will be easily replaceable with 3d bio-printers and other machines while others may permanently affect your crew member, a damaged brain will impair some of the capabilities but if proper equipment is acquired it may be possible to save them, I will leave the medical facility for another post.

Looking like a ton of fun. The crew stats reminds me of buck rogers countdown to doomsday (genesis game).... after looking back at screenshots, it isn't all that close, but it is the last game I played that was scifi w/ crew stats.

oh and that is a compliment... I loved that game :)

I never played Buck Rogers Countdown to Doomsday, seems I missed a good old one, I played a lot Genesis games but I never saw this one around, and I just spent like 15 minutes today watching youtube let's play it just for my curiosity, just to add, there is almost no load times in this game ;-) ... yet , most probably there won't be more than 2 or 3 seconds when finished I hope.