Taking off for a first flight. Let's see what happens...

Things are in the initial design phase. At the moment it's going for an action first/third person shooter with flying things. It could possibly be a top-down game. I have also thought it could be a racing game, or even if it isn't, there could still be racing tracks in some levels. It will have minimalistic and abstract graphics style, something like cartoon or painting.

At the moment I'm prototyping it in DarkPlaces, as I'm familiar with using it, but I thought I'd check some other engines too. My time plan for this project is 4 to 6 months. So if something is too complicated for that time, I won't use/do it. 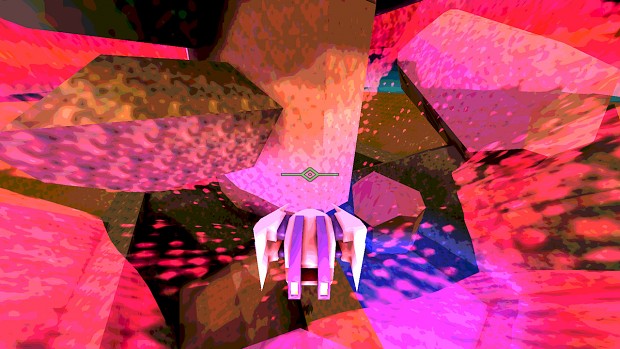 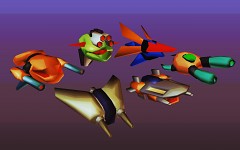 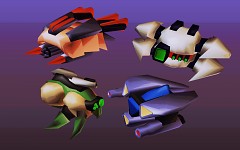 My game plan is that I'd make some 20+ ships for player to choose from, and the other ships become enemies. The enemies are then scaled randomly for each game. Any of them could become bosses, those small annoying fast things that are all around, or be somewhere in between. Each ship would have 2 unique weapons and possibly some other abilities. Player could develop the ship, and the enemies would also have different stats based on their size or uncommon color. The ship player chose could become the final boss enemy (you are your worst enemy).

If there are enough ships in similar styles/themes, these will become groups/teams that could be associated with level themes and be teams in multiplayer. "Styleless" ones become a misc group. Each group should have minimum of 4 ships.