At long last Tier 2 doctrines have been released! Head on over to OMGmod to get started!

At long last Tier 2 doctrines have been released! Head on over to OMGmod.org to get started!

General:
- All new companies now start with 4 VPs, this helps new players and people who join later into the war. It also allows for a little initial company customization.
- In game unit health and xp will be displayed when a unit is selected, this will be useful for aiding all player skill caps, but especially less experienced players.
- Minimum platoon population for deployment is now 7, this better fits a lot of our current unit pop value strategy much better than 8 without allowing too many more call in combos.
- VPs are now capped at 50 VPs per company, this will allow for a more even playing field for everyone but also cause players to have to give more thought to what abilities or resource bonuses they actually choose.
- Loading screen messages have been updated with tips. Try to collect them all! (No cheating!)

Maps:
Note: If you participated in a map test please go into your omg/archives folder in your install directory and delete the beta map, i.e. "6p_beta4.sga" to avoid potential errors. 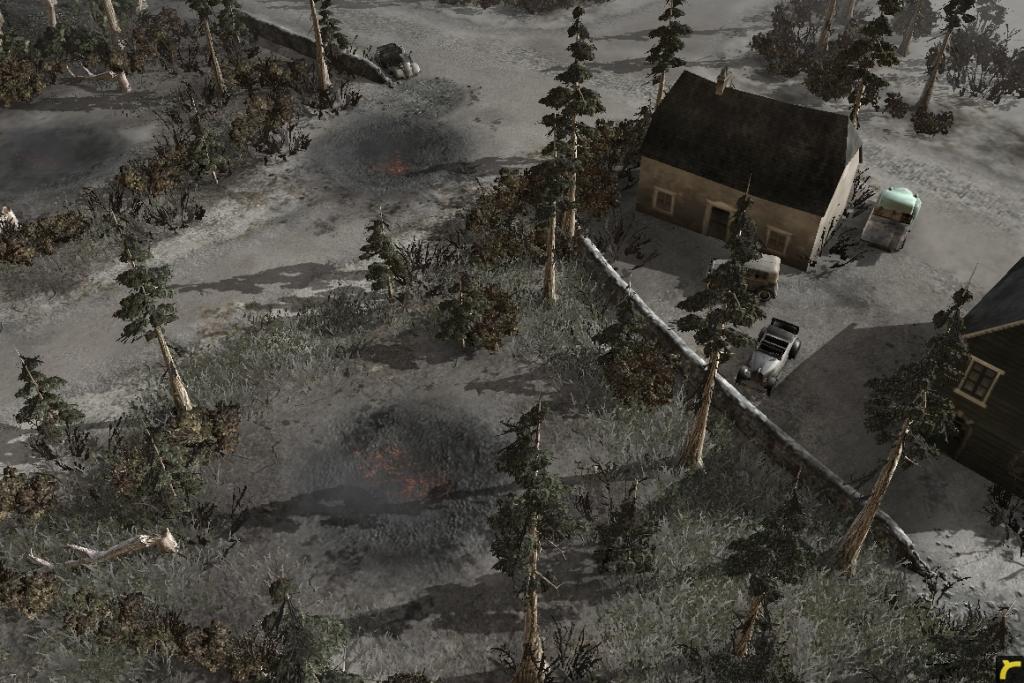 Purple Heart Lane (4v4)
- Has been upgraded and put back into the mod after a very long absence. 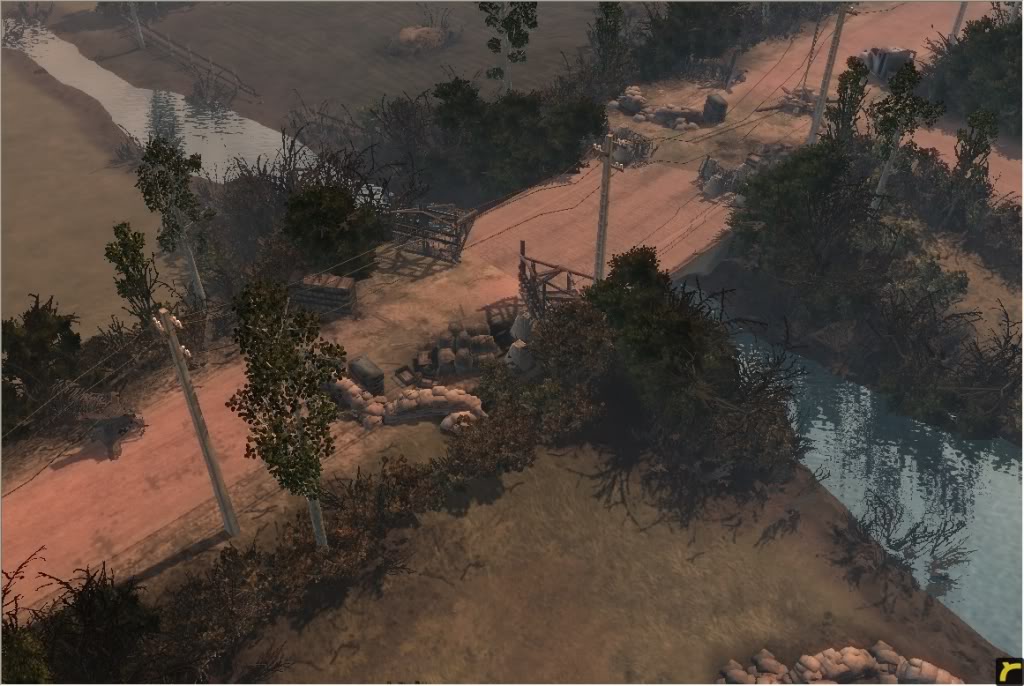 Fancy town (3v3)
- A lot of changes in both detail and object placement, pretty much a rework. 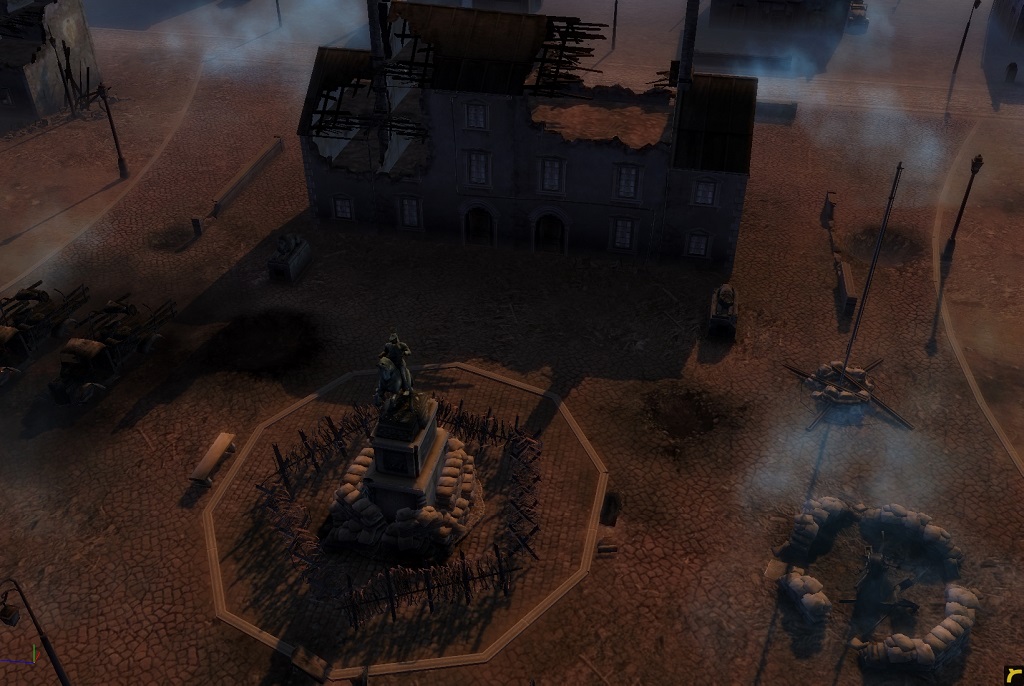 - Close and Spray
- Removed from the game.
- Reinforced Structures
- Has replaced Close and Spray.
- Health on Medic Tents, Triage Centers, and Machine Gun nests increased by 50%.
- Got a Light?
- Infantry Mortar Flare now made as part of the unit by default.

Armor
Morningstar
- Bulldozer and Mineflail speed reduction now reduce speed at a factor of .75 instead of .5.

A Valued Cargo
- Opel Blitz trucks now have half-track armor. In addition, the 88 and Flakvierling weapons have 35% more HP.

Commando
Radio Disruption
- Units within 7.5 unit radius of Radio Disruption offmap ability gain camouflage temporarily for 5 seconds, but weapons are disabled. Applies only to your own units. 3 purchases.

Speaking From the Pulpit
- CCTs command both armor and infantry.
- Timed ability to do it now removed.

Dynamic Cover
All medium armor and Tiger may use smoke screen similar to the Sherman ability.3 uses, same as Sherman cost.

Tier 2 Doctrines:Tier 2 doctrines released. Currently you can buy them without having to purchase any Tier 1 doctrines. This may change in the future however.

Note: For Scotched Earth Sector Disable, this ability is currently not working as intended. Ability will neutralize the sector, but it can still be captured.
Docs.google.com

British:
- Recon Infantry Sections no longer able to build Mortar Emplacements.
- British Walking Wounded no longer able to build emplacements and trenches.
- Sapper WarCP vet 3 no longer says that they can move at full speed in enemy territory without a Sergeant; this was false.
- Sapper Disposal and Detection Section description now says it provides a Sergeant.
- RCA Mortar pop in-game is now 4 instead of 6.
- Devils Brigade can once again purchase booby traps.

Balance Update:American:
- Jumbo Bulldozer price increased to 45 MU from 35 MU.
- Mine Flail on all Sherman tanks except Jumbo reduced to 30 MU.

Donate to keep the server running.https://www.youtube.com/watch?v=ljZo_h3QMyw

Am i missing files?, i start with no HQ.

Okay, So this mod needs a little more explanation than most. You cannot play without going to the OMGmod.org website. You set up a company on the website and set up games against opponents. You call your premade company onto the battlefield. There is no base building.