Post news RSS Tidalis Officiallly Launches -- and 10% off for a week!

The day that puzzle fans have been waiting for has finally arrived! After three months in public beta, the official version of Tidalis has finally launched! The game is now out on Steam, Impulse, Direct2Drive, GamersGate, myGameIQ (who just had their own launch this week, too, by the way), MacGameStore.com, and our own site store. In celebration of this event, Tidalis is 10% off of its normal price of $9.99 for this first week.

Not Familiar With Tidalis Yet?

Tidalis is a block-based puzzle game with casual appeal, hardcore depth, and an addictive new "streams" mechanic. The basic rules of the game are this: blocks fall down into the board and have a color and an arrow direction. If a stack of blocks exceeds the height of the board, you lose. In order to clear blocks, you must right-click and drag paths through the arrows to set up chain reactions of like-colored blocks.

If this sounds simple, that's because it is -- you'll be lining up lengthy chains within minutes. But you'll be surprised how much brainpower it takes to set up combos of multiple chains, and the many brainteaser-style puzzles include some real stumpers. Tidalis has co-op and competitive multiplayer modes (both online and offline); action-oriented modes and timer-less brainteasers; a lengthy, casual-friendly adventure mode; twenty unique game modes providing innumerable twists to the basic gameplay; dozens of special blocks and items; and over fifty minutes of beautiful music to go with the painterly art.

In short, several games' worth of content are built on top of this core mechanic, which you'll quickly find to be as iconic as it is novel. 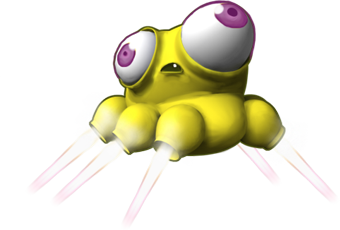 Download our trial! Available in Windows and Mac OSX flavours! 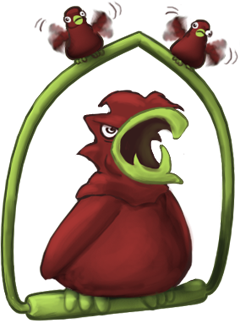 ... our staff for their incredible dedication and the long hours it took to make this game a reality. Everyone on the team was working long hours and into the wee hours of the morning on their parts of the game, which is something Arcen would never demand of staff -- but the enthusiasm of everyone on the team for this project was so great that people were doing this of their own accord. June was admittedly pretty intense, but we pulled through and the game is better than we could have ever expected. On that note, we would also like to thank...

... the family and friends of our staff for their support and help as well. Many of them acted as alpha and beta testers, contributed design ideas, contributed levels or art or even more significant chunks of content. Thanks for your understanding and aid during this long project! And on that note, we'd especially like to thank...

... the fans who supported Tidalis during the beta, both with their patronage and with their ideas, comments, suggestions, and bug reports. The game wouldn't have been the same without you folks, and your encouragement helped us to make the game ever better. And next to last, a big thanks to...

... the existing AI War fanbase, for their understanding during this last month when AI War hasn't gotten the attention that we normally would give it. There are big things coming up soon for AI War (the 4.0 version as well as the for-charity micro expansion), but June and July have definitely been an unusual dry spell for the game. Thankfully there has still been a lot of discussion and involvement of the community on the forums, and this next official release for AI War is going to be extra polished thanks to all the time folks have had to work with the beta versions of that. Lastly, we'd like to thank...

...all of our amazing distribution partners! It's always a challenge to be an indie company, but our partners in a very real way are the ones that make it possible for us to be in business. They provide us with a level of visibility and a level of access to potential fanbases that we never would have access to without them:

We are planning some free DLC goodies in the coming months, so keep an eye out! The game is already jam-packed with features and content, as you can see above, but we still have a lot of good ideas that we would like to explore post-release. Tidalis won't be in "perpetual development" in the same fashion that AI War is -- we just don't have the staff to maintain that -- but we plan on dropping in some goodies for Tidalis from time to time on a running basis. If there are a lot of custom levels, adventures, and such submitted by fans on the official forums, we might also do a community DLC release that we push out to all customers of the game. So there's still a chance to see your levels (and your name or nickname) become part of the official Tidalis package! Thanks for reading, and we hope you enjoy Tidalis as much as we enjoyed making it!

Now -this- is a game made with love. Bought it and enjoyed it a lot so far.

Thanks PhyOS for suporting Tidalis and ArcenGames! Your words mean a lot! :)