After several long months I've finally got a solid release together for This is War. The past couple of versions had been plagued by some annoying bugs, but I've got them fixed and the mission is better than ever!

In the rush to expand the mission I unfortunately overlooked a few details that made the mission less that what it should have been. That being said, I've taken the past month or two carefully going over everything and spent some time with a pre release test version on the forums to give people an opportunity to run the mission looking for bugs. Everything to the best of my knowlege has been worked out and runs smoothly. 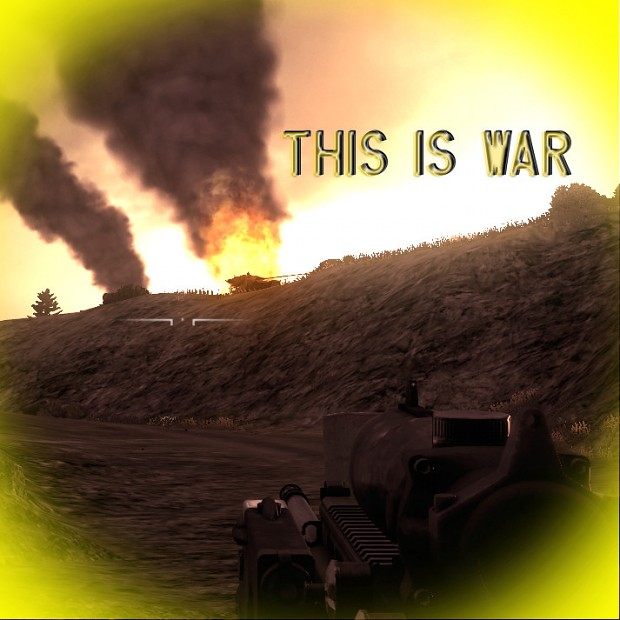 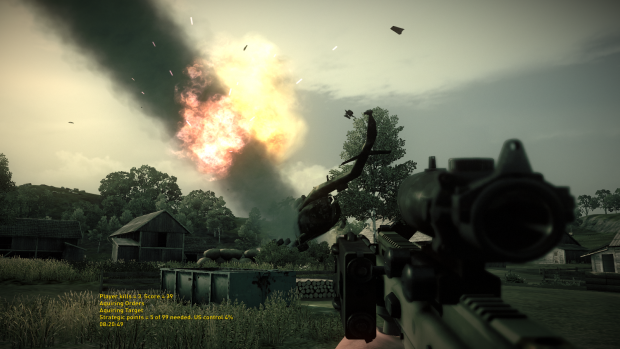 Hopefully things won't turn out like they usually do where I release a mission thinking everything is solid then find a huge issue the day after release. In any case, I try my best to make em bug free. Thanks to all of the supporters of the mission. I've had such an enthusiastic response to This is War and it makes all of the time spent worth it. I hope you all enjoy this version of This is War better than the last!

Who still plays this game?

Must be a THRIVING playerbase then.

Me too. I love this game!! I always play as Marines.

OFP was nothing without Bohemia Interactive. ArmA is the way to go.

this game is a commendable effort for having nothing to do with Bohemia, missing crucial features from being developed for so many platforms set it back pretty far, at least it has a weak mission editor

The mission editor is not as weak as you make it out to be and the OFDR editor expansion hasvastly incresed the functionality of the editor. It took some time but the community has made great strides with the game despite its shortcomings.

I also play it and it does have a thriving player base with awesome missions like the one above. Excellent work TVig another great release. Also I would say instead of bashing this as OFP you should really look at it as Dragon Rising as most of us do. It definitely isn't arma or OFP. I play those as well but Dragon Rising is a beast for a four man team of players. Which is how I play most of the time anyways

If you guys want to bash DR, you know who you are, why don't you go to the DR game page to do it instead of commenting this crap in my mod page??

I haven't seen anyone here do that.

Three of the above comments are taking shots at the game. I don't care if people want to voice their opinion about the game, but this isn't the appropriate place to do it.

acesim is the only one I can see.

Well I'm pretty sure who still plays this game is a rhetorical, sarcasm laced question and the comment about the editor seems a bit harsh to me as well. In any case... now this page has turned into a discussion about the merits of the game and the very comments contained herein. Not what it should be about. Lets keep the comments about this mod since there is a place on another page reserved for opining about the game itself.

It sounded more like he didn't have the game and was asking if it was still active enough that he should try it out.

So says a stupid person that doesn't know about or can't appreciate DR.

Stop bashing it cause it's not the game YOU bought.

This game was pretty well okay, but the console-like FoV gives me motion sickness. The camera seems too "zoomed" in towards the gun.

I never got motion sickness from it, but I agree that the FOV could have used a setting in the options or something. The console concessions made by CM were ultimately the doom of this game in the public eye, but it's still great fun to play.

I am wierd because I like the FOV which if you do the math is true first person view. This is why when you hold the mouse down in ArmA series it zooms into the same FOV. So the complaint about the FOV baffles me. I'll take the FOV versus that sickening blur the ArmA series seems to think is natural lmao.

How do you gather intel in the mod?

The intel is marked by a small wooden box. Just go right up to it and wait for a sec and it will disappear. If I remember right you get a mortar or air strike when you get an intel box.

I found a version of this mod on the Forums from a "Guest" is it you tvig0r0us?

It appears to be the latest final version and I don't know if it is posted here.