Today we are releasing third This Is Human Error video, and the first one introducing one of our Civil Protection characters.

Today we are releasing third episode of This Is Human Error, and this time it's not a dev diary video, but rather an introduction to one of our characters. It's the first in a series of hree This Is videos that serve to introduce you to the Civil Protection team in Human Error. We wanted to have different kind of approach to the idea of a release trailer, feeling that the usual kind of cinematic or gameplay trailer wouldn't be particularly interesting. So, when we made the first episode of This Human Error, it soon occured to us that we should veer more in the direction of a Team Fortress 2 "Meet The" videos type of thing.

We are also releasing a little bit of new media to accompany both the video and the new website. We're making good progress on the content front, too - mapping is well underway, and in gameplay terms it's simply a case of fine-tuning it. Due to problems with our old forums, we're now hosted on ModDB - if you have an account there, you can post whatever comments or suggestions you may have. 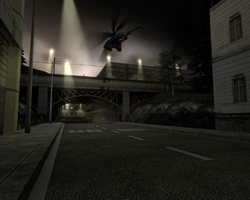 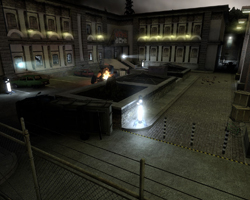 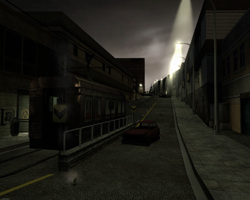 Nice work. Added some comedy, and it seems to work well. Keep it up...

That was a nice mix of humorous "backstory" with actual gameplay. One question after seeing the end of the trailer: are you guys going to reskin the default HEV hands? Minor detail, but it would be a nice touch if the gloves looked more like a metrocop's.

I'm really looking forward to this. :)

Yes, most of the view models already have the new hands, but I haven't made them for all weapons, yet.

Understandable. :) It takes a lot of work to recompile the models and even reanimate them if the hands have a new skeleton.

FYI the news/article image (the little box displayed next to the summary and title on article lists, first image you upload in the submit news form) says "HAFL-LIFE 2"