New images of the mod available, explanation of the new dwarf-system and much more!

The Battle for Middle-earth has just begun...

Return to the classic gameplay of the first Battle for Middle-earth, reimagined withcountless new heroes, units and spells. Journey deeper into Tolkien‘s world than ever before, relive the movies with a meticulously crafted visual style and forge your path to victory in epic strategic battles.

Shape the fate of heroes

Lead the peoples of Middle-earth


All hail, fellows of Edain! This update is concerning dwarves and orcs. These two races will play an important role in the upcoming hobbit film, which is our reason for choosing this title ('There and Back Again').

The dwarves will now be split into three sub-factions, one of which you have to choose at the start of the game. 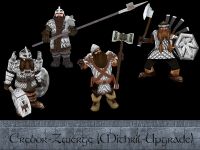 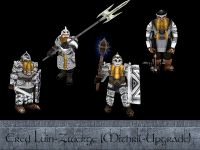 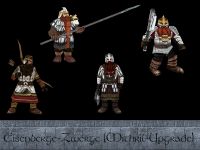 The factions are Erebor (Lonely Mountain), Ered Luin (Blue Mountains) and the Iron Hills. Each faction has its own advantages, so you must choose wisely. 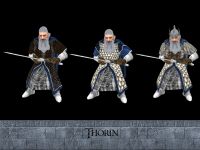 Thorin Oakenshield, one of the most important charakters in 'The Hobbit', has also been completely reworked. He evolves from his state as a king in exile, until he is King under the Mountain in the end. At this point, he will be able to use the famed Arkenstone. 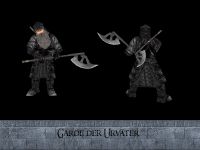 A complete new and very strong dwarven unit is the Guard of the Prime Fathers. 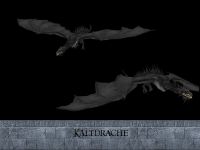 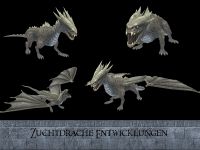 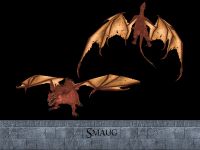 Another important new feature is the different dragons. One of them are the Cold Dragons. They are able to fly, but unable to spit fire. Fire Dragons are mainly on the ground, but there are also upgrades which make it possible for them to fly into the air. By then, they're very dangerous and must be treated with extreme care. The last and maybe most interesting species of normal dragons is the Breed dragons. Starting as a fire dragon, they only fight on the ground. With new levels, they develope abilities such as flying.Hero Dragons are the most powerful species, personifying a mix of all important abilties. Two famous characters you might know are Smaug and Drogoth. 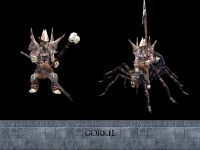 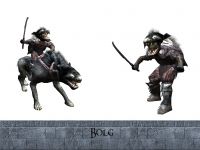 Two goblins now play an more important role: Gorkil leads the spiders into battle, while Bolg is the leader of the Wargs. 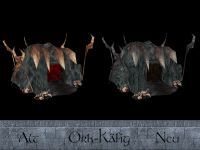 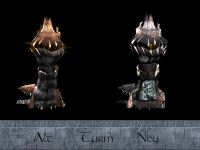 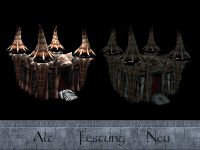 The goblin buildings, which looked rather "trashy" in our opinion, got a skin-update: See a few of them with before / after pictures: 1, 2, 3 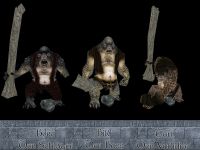 The trolls who decided too long about how to eat Bilbo Baggins and his companions and turned into stone at dawn have also found their way into the game: Bert, Bill and Tom. 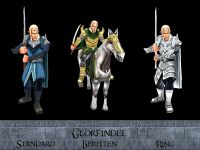 Though he doesn't really fit into this theme, we felt he really needed some reworking. Who I'm talking about is Glorfindel, the elf from Rivendell. His standard clothes is now a silk garment. If he rides on his horse, he gets a special armour, fitting this purpose. If he is even given the ring, he wears his princely silver armour and is now able to enter into the Halls of Mandos.

A few more screens of reworked units which I haven't presented here can be viewed in the gallery. I hope you enjoyed our update. Farewell, until our next meeting!

Great skins! I love the personality in the Bert, Bill and Tom picture! Overall a really nice update. I'll be watching this one!

These are really nice!
I hope the english version comes out soon