This is NOT a part of the regular update and has no effect on the regular Luftahraan updates. This article series is simply supplementary information detailing the influences and driving forces behind the history and lore of Luftahraan, as well as revealing the reasoning behind certain literary decisions, such as motifs and gameplay-story choices.

NOTE: The following is NOT part of the regular update series and has no effect on the regular Luftahraan updates. This article series is simply a set of supplementary information detailing decisions and steps in the writing process of Luftahraan.

Hi guys! I’m vizard38, the previous Head of the Writing Department for Archon Entertainment from April 2012 to sometime in early 2013. Due to school commitments and some inexperience with Elder Scrolls lore, the reigns of the project were handed over to Arkaash, who leads the writing team to this day.

This is the first part to a several part series that dissects and analyzes the thoughts, influences, and decisions behind several areas of the the Luftahraan lore and storyline. These pieces will show the writing process and highlight the many steps and processes in writing implementation.

The writing process is one with many layers. Engaging storylines are built off of entertaining quests, which are in turn built off of backgrounds, characters, and other key aspects; all of which are built off of the lore behind Luftahraan. The backstories and legends, histories and tragedies, are all necessary in order to build a setting that not only is realistic and fitting to the Elder Scrolls lore, but also differentiates from the basic cookie cutter city structure Bethesda uses.

Writers come and go but each has left his or her own mark onto the city. The overall sum of all of their efforts has led to a city rich in its lore. However, the early formative years of the project in early 2012 were marked and marred by a lack of centralization. The development was being facilitated through the online forums of Facepunch, employing a contribution system; people would contribute to the city in whatever aspect he or she wanted. Some chose interiors, others chose voice acting, while others wanted to write. These early writers offered numerous ideas, many of which have been worked into modern iterations, but a good amount of these ideas were implemented in a very disjointed fashion back then. Many characters were written as jokes and the vast array of wildly different personalities and backstories simply did not make sense for a city in the region of Skyrim. 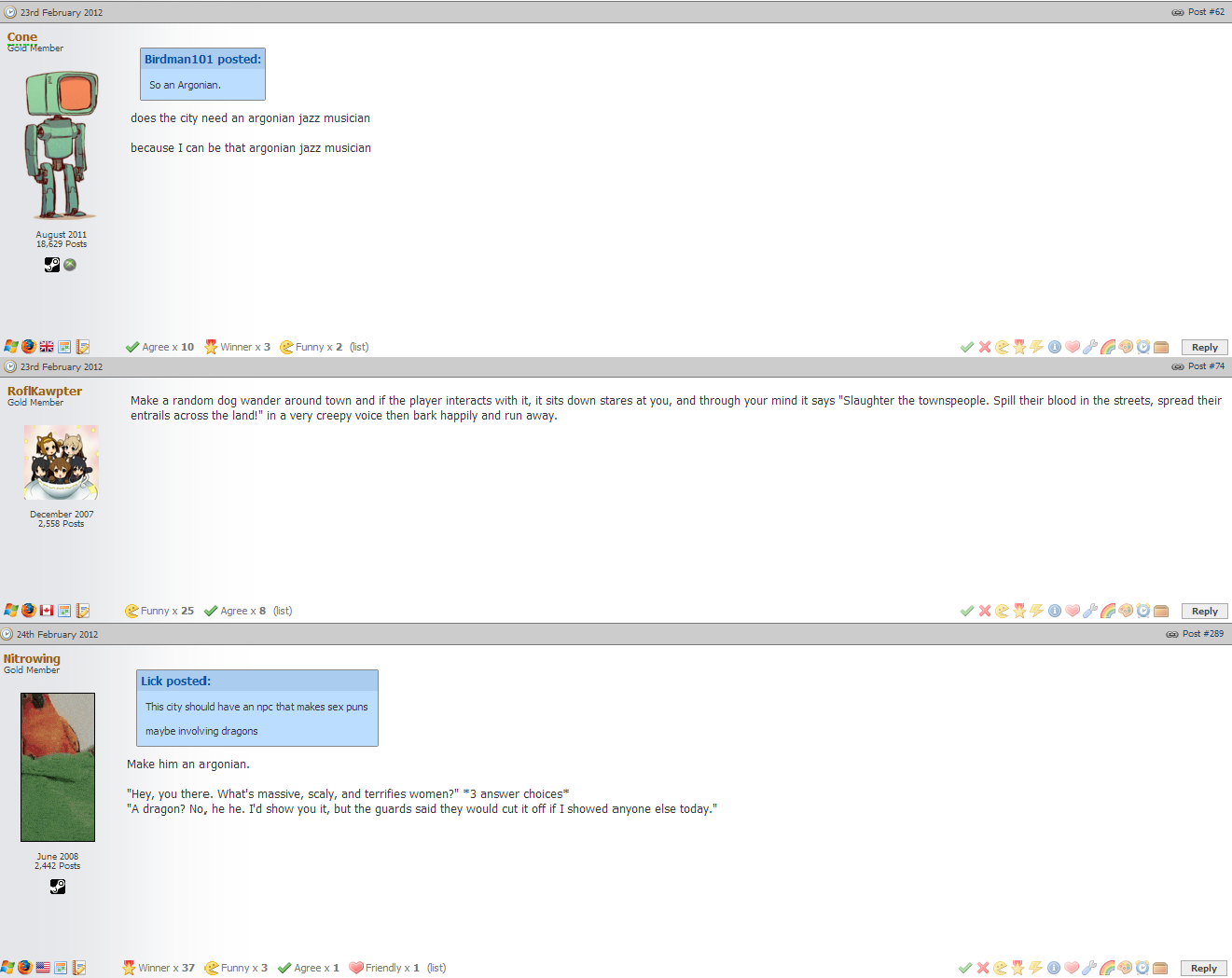 However, in this disorganised mire, several key writers would appear; these individuals would play significant roles in the writing department, and would have major influences on the modern version of Luftahraan. More mature and more complete ideas were being developed.

Eventually, in the later days of the 2012 development era, a consensus was held that all of these ideas and concepts for stories and characters needed to be centralized and kept appropriate in terms of Skyrim lore. The first meeting was held on April 14, 2012 and had a whole host of individuals. Topics discussed at the first Luftahraan team meeting included concerns over NPC connections and their roles in the city, implementation of radical side quests, and most importantly, ideas regarding the main quest. With the advent of this meeting, the writing team was established, and many familiar faces were born out of the cosmic chaos.

Sometime in June 2012, Orvar “Wheeze,” having taken reigns of the mod from the city’s founder Oskutin, began a wave of centralization over the project. The workplace of the developers would migrate away from the Facepunch Forums, and instead the project would be discussed and progressed via the Luftahraan Forums (at this point Archon Entertainment had yet to exist). The olden days of Luftahraan’s development, one of contribution and idea implementation had died, and instead a more orderly, team based development system was born.

However it would be wrong to say that the ideas from the Facepunch Forums was forgotten. Indeed much of the writing, whether it be lore, books, or quests, owes much of its influence from the ideas of those on the Facepunch Forums. In the following articles, we will explore the emergence of key writers, their influences, and ultimately witness the evolution of the lore, characters, and city from the ground up. These articles will focus on concepts and ideas that shaped the current iteration of Luftahraan, as well as point out motifs and other literary elements that were molded into the city. This is the tale of not two, but just one city, and the people behind its birth and evolution. Let’s meet the writers (note: not ALL writers could be included, but those that I deemed most prominent will appear in these articles). 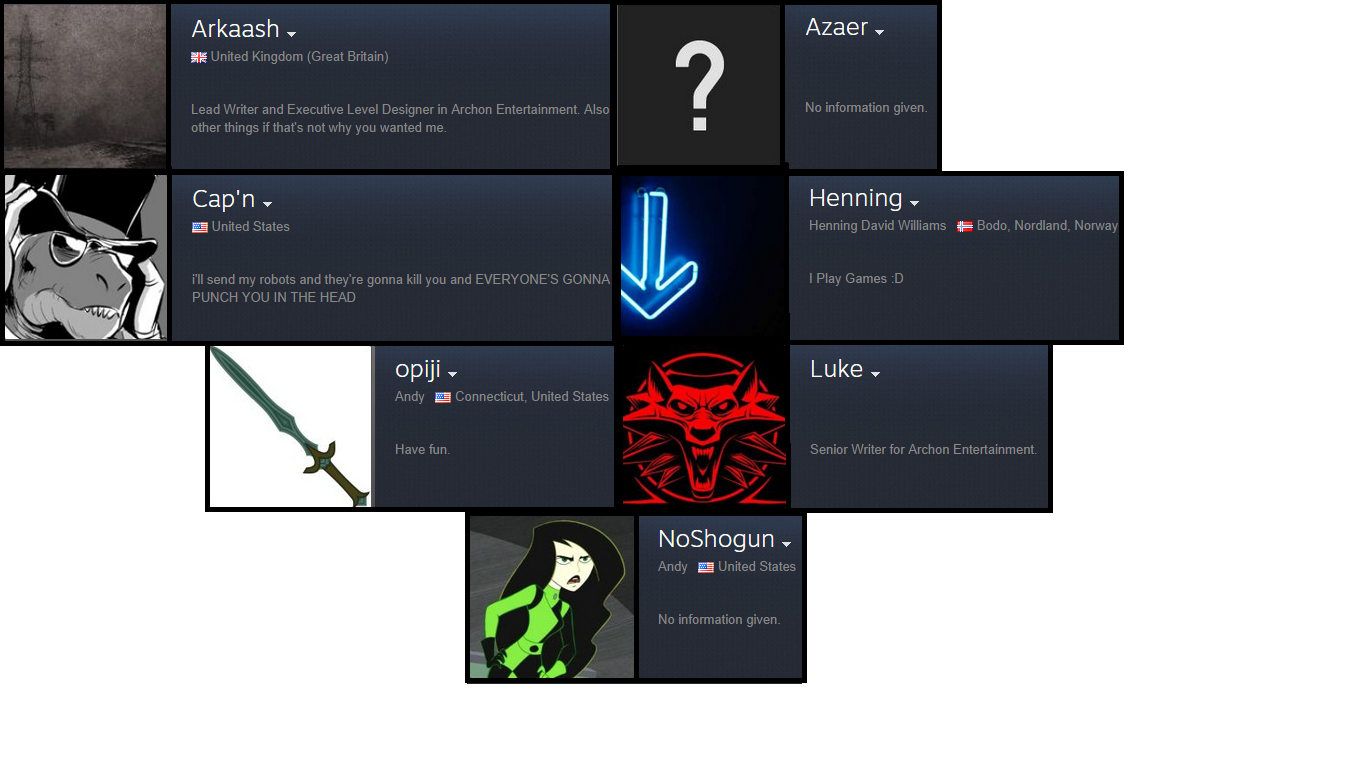 ON THE NEXT ARTICLE: A detailed look at the city Luftahraan itself.