Dev Blog: Introducing the world of Burning Empires. (This is a test version before posting on the mod page)

Welcome to the first developer blog for Burning Empires!

The World: Burning Empires is going to feature an expansive map of europe, africa and the middle east, with 24 major starting factions. This map concept shows the location of cities for every faction.
Smaller barbarian factions may have only one city, with 2-3 fortified settlements (castles, not shown on this map), but that doesn't mean that they are not a threat, quite the opposite. The large empires have more settlements, making it difficult to protect all of their borders against barbarian incursions. 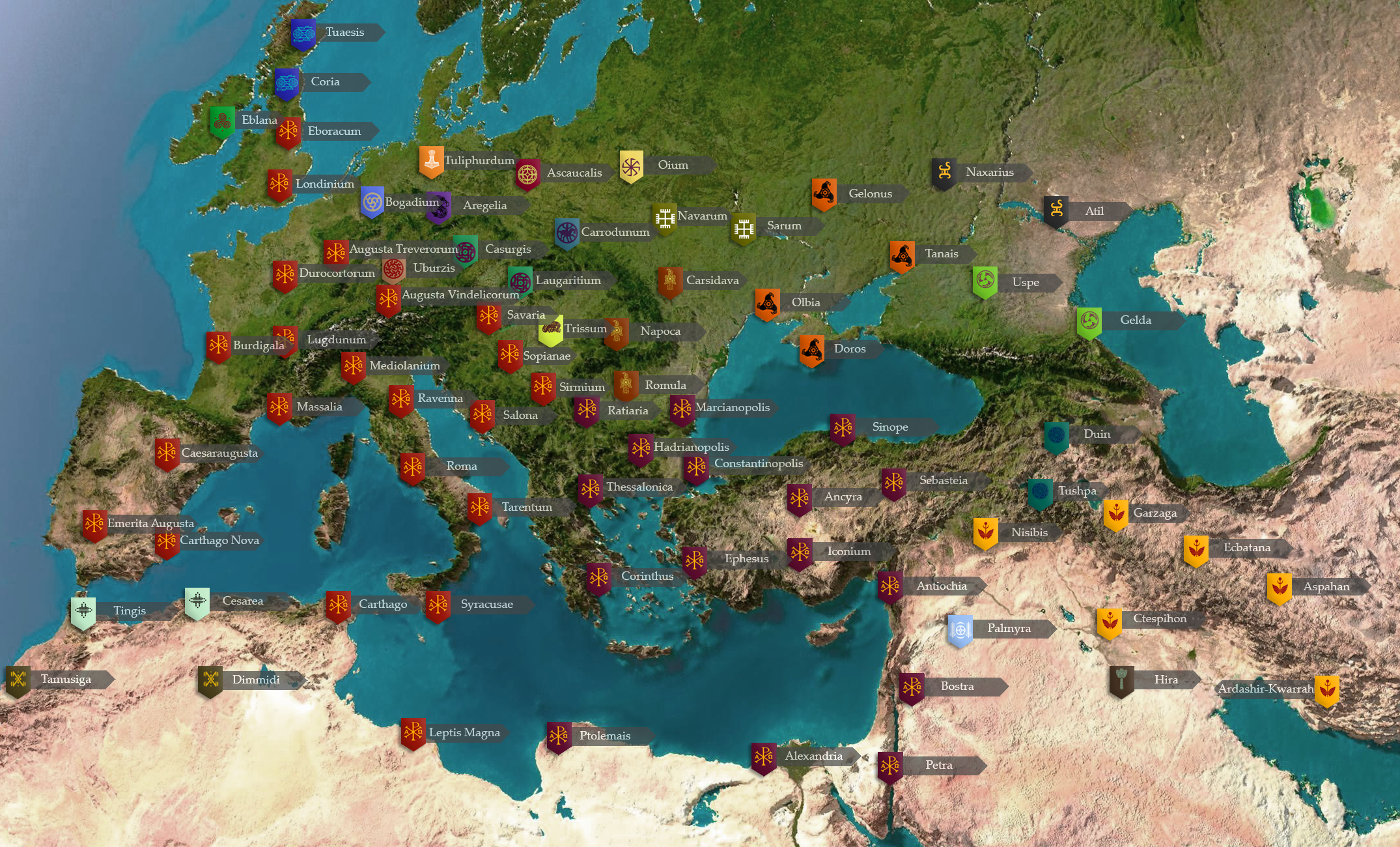 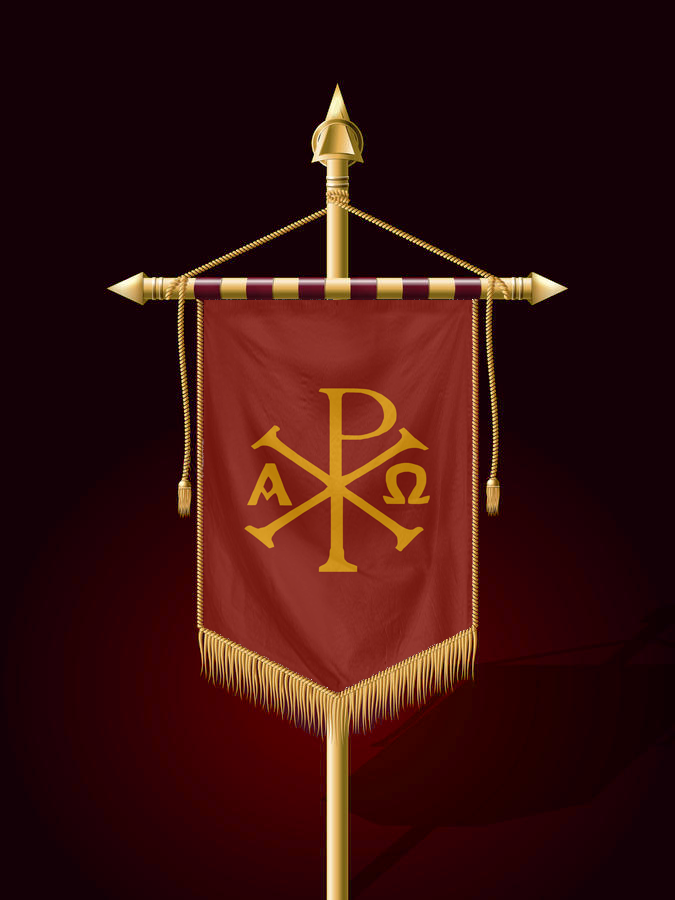 Western Roman Empire
Containing the ancient capital of Rome, the western half of the Empire was partitioned after Constantine I's death, but has been reunified less than two decades later. However, Constantius's efforts lasted for only a decade. Now, after Julian the Apostate and Jovian's deaths, the Empire has split once more, with the West being ruled by Valentinian I while the East is ruled by his brother Valens. 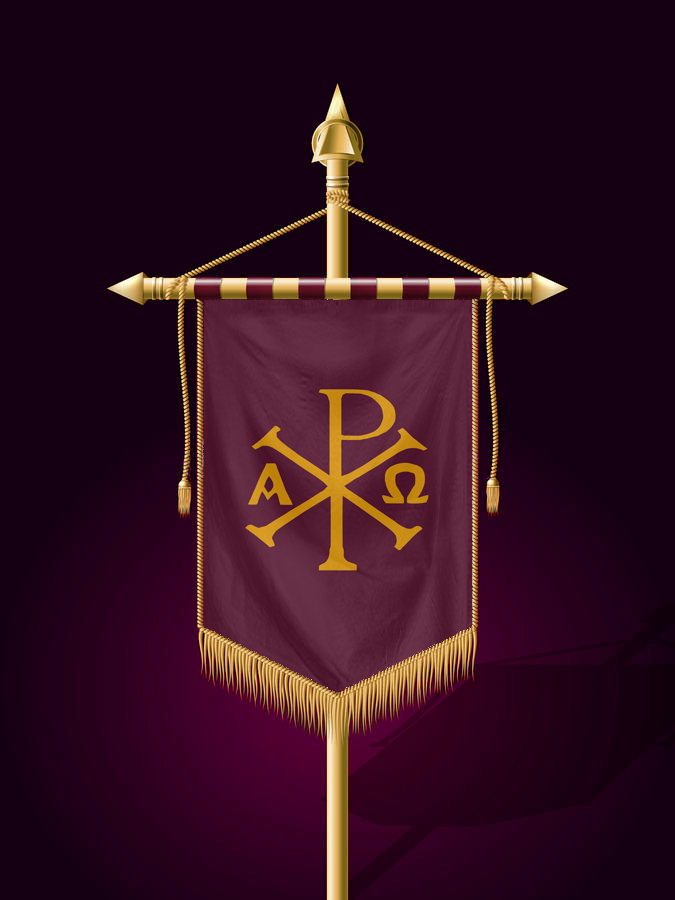 Eastern Roman Empire
When Constantine I moved the Empire's seat to his new city Constantinople, he established it as the second Rome on the remnants of the ancient city of Byzantium. Decades later, after reestablishing Christianity's legal status and the subsequent division, the Eastern half of the Empire borders their old nemesis; the Sassanid Empire. 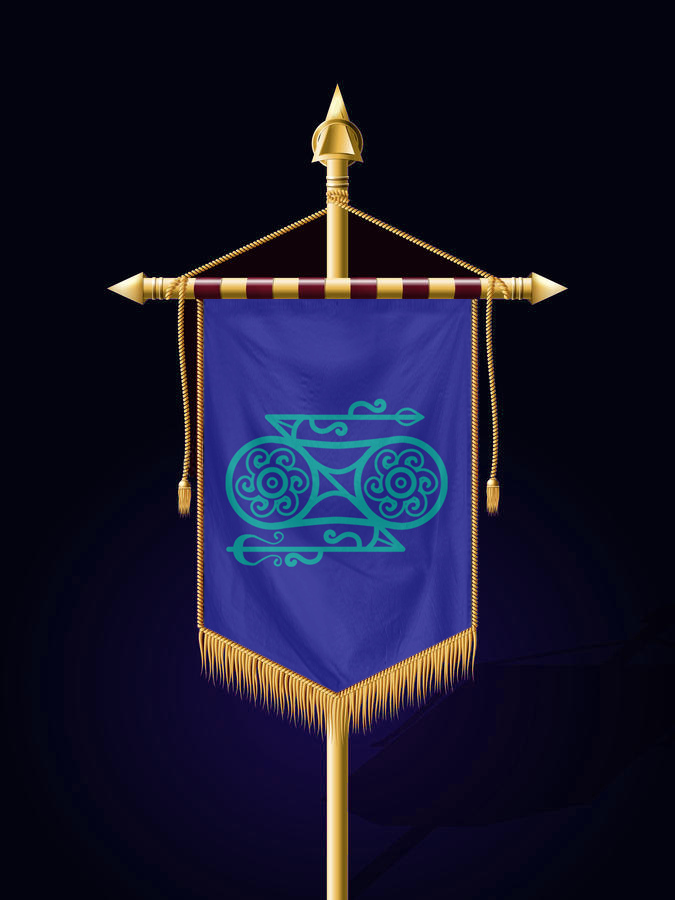 Picts
North of the Antonine Wall lies the home of the Caledonii: Pictland. Also known as "The Painted People" due to their blue woad tattoos, the Picts would enter Britannia after a Roman garrison rebelled on Hadrian's Wall. 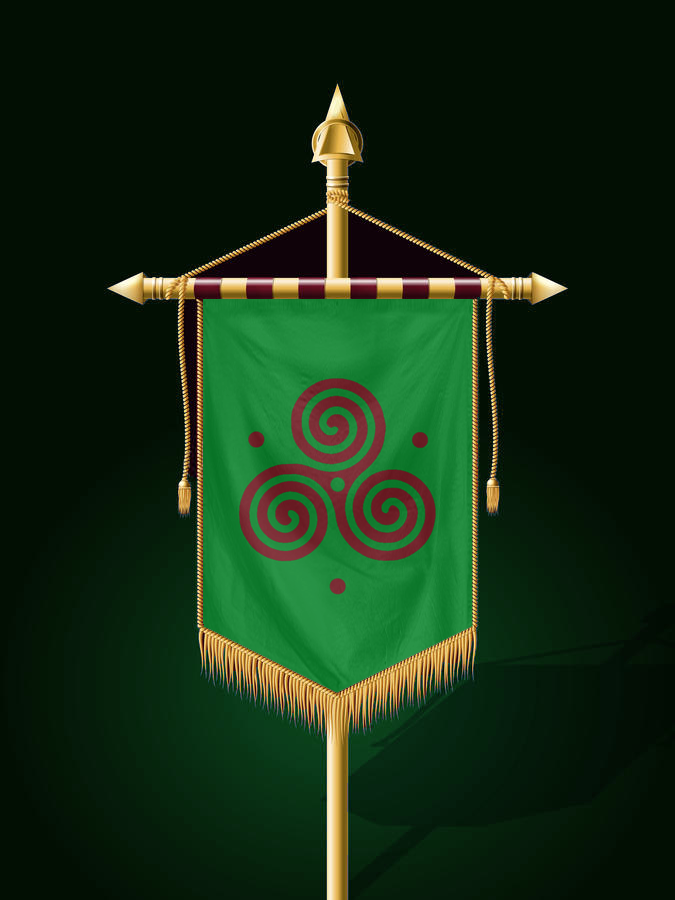 Scots
Given the Latin name for the Gaels as early as the late 3rd century, the term was used to refer to all Gaels, whether they reside in Ireland or Britain. Scoti raids in the early 360s would result in a "barbarian conspiracy," leading to the end of Roman rule by 410. 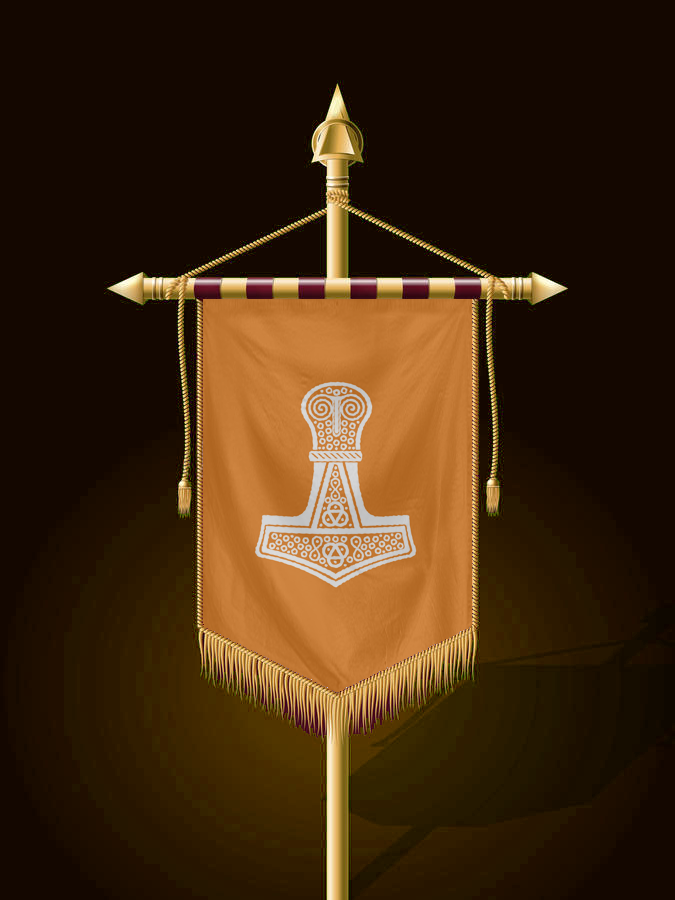 Saxons
Prior to his tenure as emperor, Julian mentioned a people who were allied with Magnentius -a rival emperor- in 356AD. These allies were called "Saxons." A people who took to raiding by sea, a military district named the "Saxon Coast" was created on both sides of the Channel to halt raids. Thirty years before Odoacer's rule, the Saxons were referred to as the inhabitants and rulers of Britain. 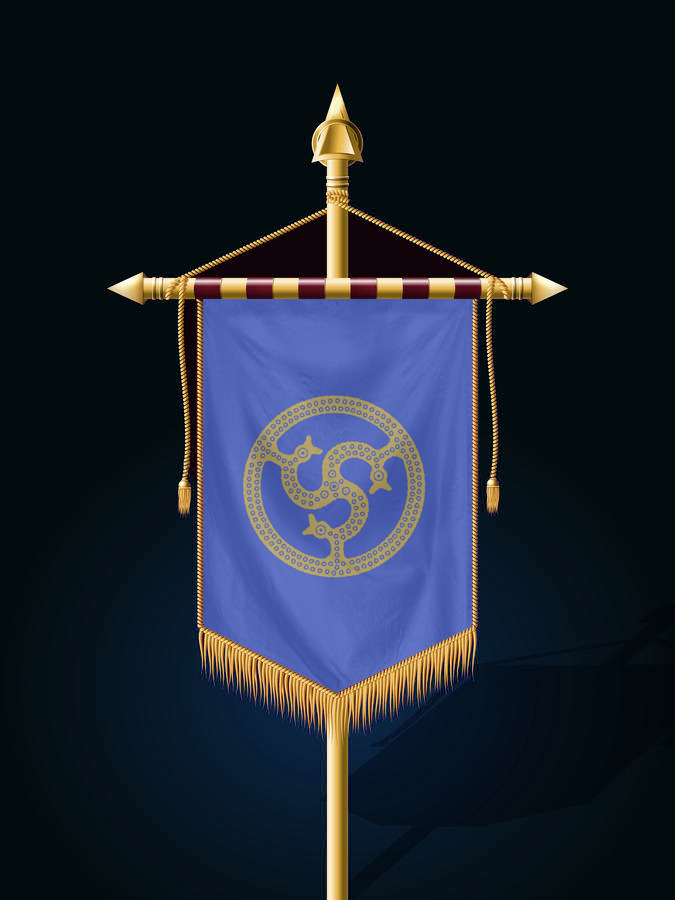 Franks
An alliance of tribes that lived west of the Rhine River, the Franks have been described in Roman texts as allies and enemies. As time passed, Frankish raids into Roman territories became more and more frequent. In an effort to quell these raids, the Romans began a process of Frankish resettlement within their borders. 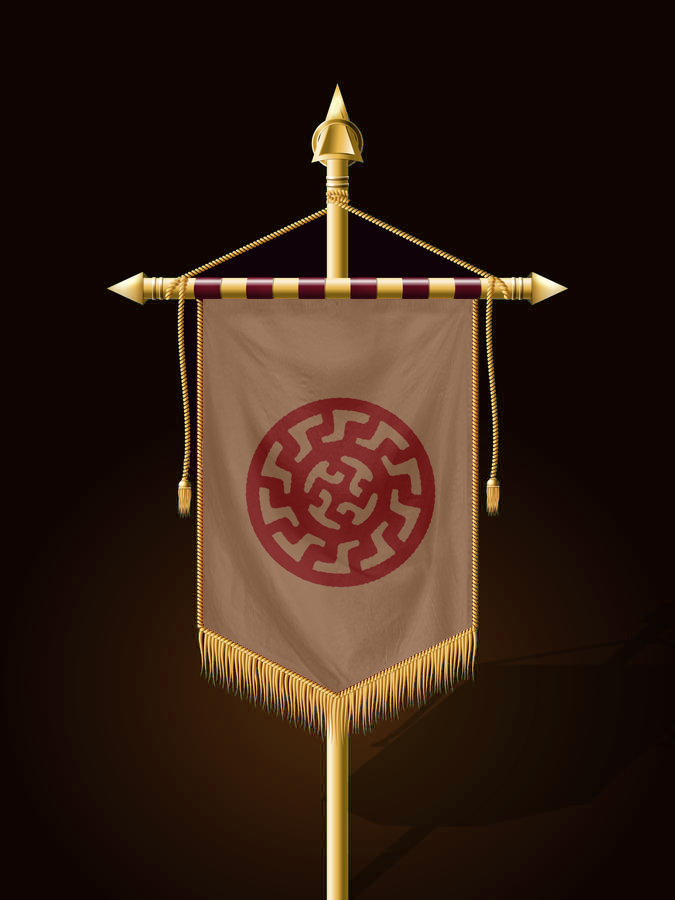 Alamans
Situated east of the Rhine river, the Alemanni (or "All Men") were embroiled in conflicts against the Roman Empire throughout the 3rd and 4th centuries. Their most memorable conflicts include their battles against Emperor Julian at Argentoratum and Emperor Valentinian I at Solicinium. 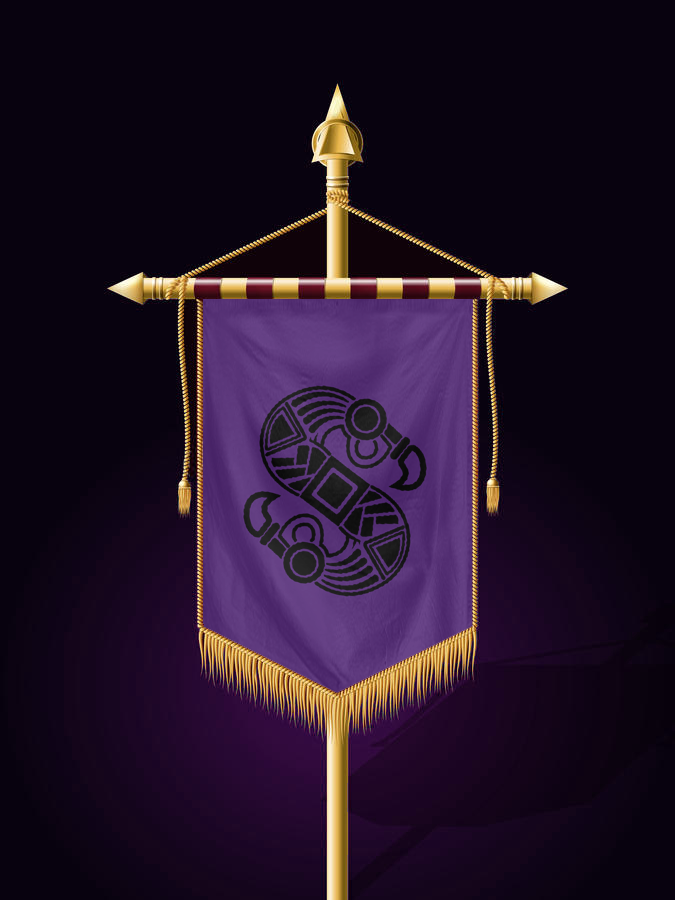 Langobards
The first mention of Langobard in history occured within Claudius Ptolemy's writings from the mid 2nd century. Subjects of the Saxon tribal union, the Langobards resisted Saxon supremacy under their king, Agelmund. When poor harvests became more commonplace, the Langobards began to migrate southwards, into Roman territory. 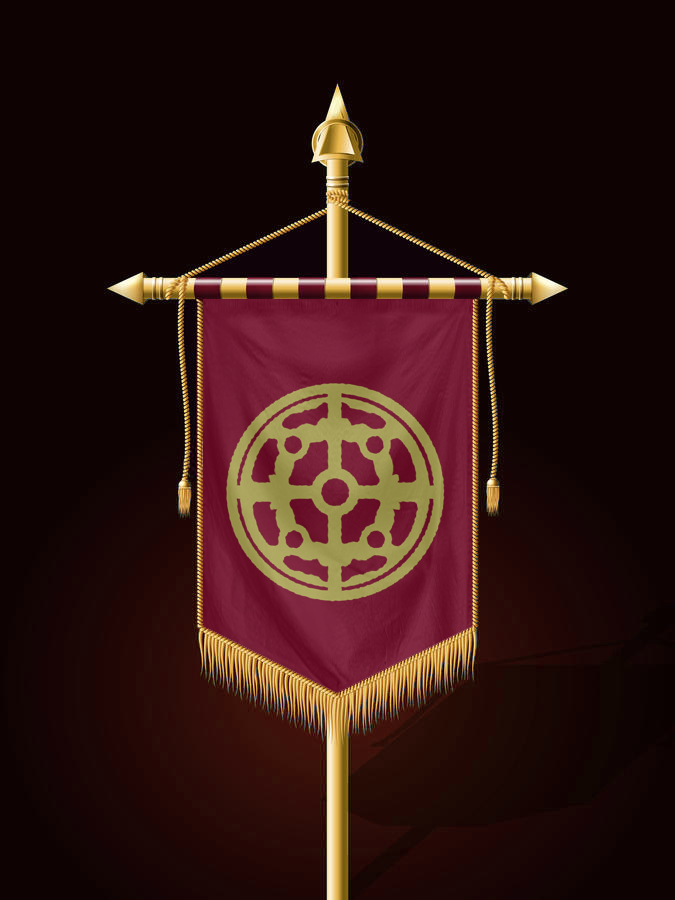 Burgundians
According to a report by Jordanes, in the 3rd century the Burgundians faced annihilation by the Gepids and their king, Fastida. Later on, the Burgundians confronted Roman Gaul, although they were defeated by Emperor Probus and his allies, the Silingian Vandals. By this time, the emperor Valentinian I has enlisted them in his war against the Alemanni. 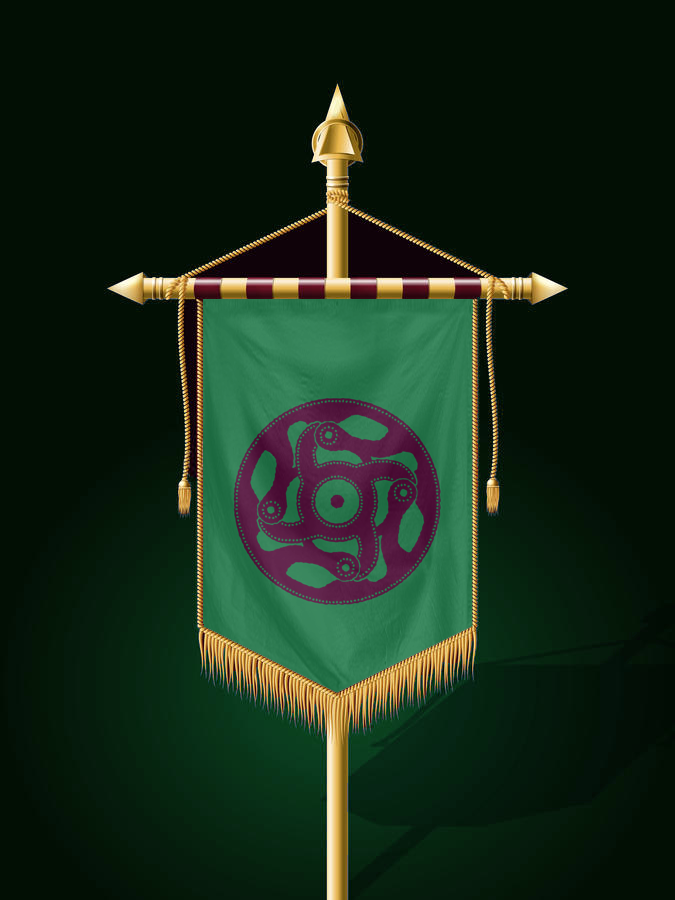 Quadians
An early Germanic people that lived in the area of modern-day Moravia, the Quadi have done much, thanks to the assistance of other tribes. Along with the Marcomanni, the two peoples crossed the Danube, defeated a Roman army, passed the plain at the head of the Adriatic Sea, and besieged Aquileia, but they were soon defeated by Marcus Aurelius. Several generations later, the Quadi began fighting against the Romans again, fighting alongside the Sarmatians and Goths. 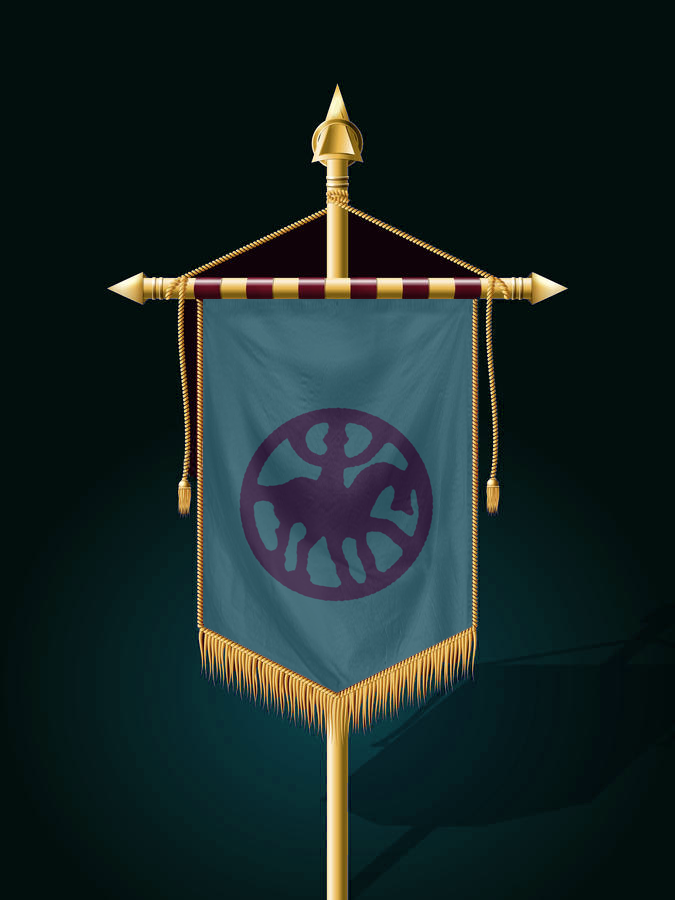 Vandals
Mentioned by Tacitus, the Germanic Vandals have come to the attention of Roman authors by the 2nd century. Their presence in Roman history is mired by their participation in the Marcomannic Wars, the first invasion of Italy during the Roman Empire, as well as conflicts with the Goths. 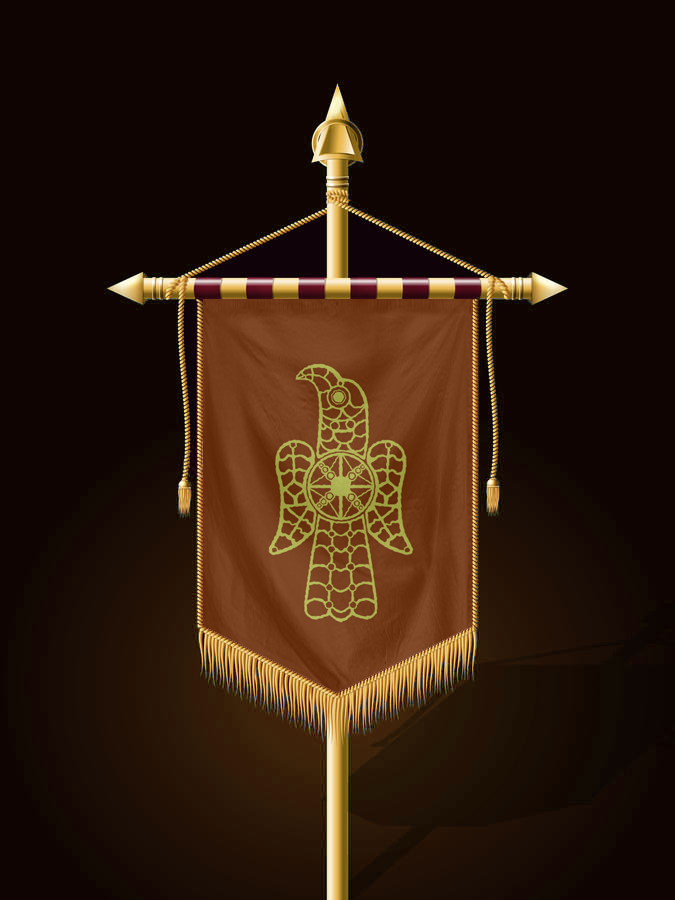 Thervingians
A Gothic people from the northern plains of the Lower Danube and west of the Dniester River, the emperor Valens attacked them for supporting the usurper Procopius. After chasing them through Gothic territory, they came to an agreement, swearing to never enter Roman territory again. With the introduction of Christianity thanks to Roman prisoners, the Thervingians took to persecution of their Christian brethren. 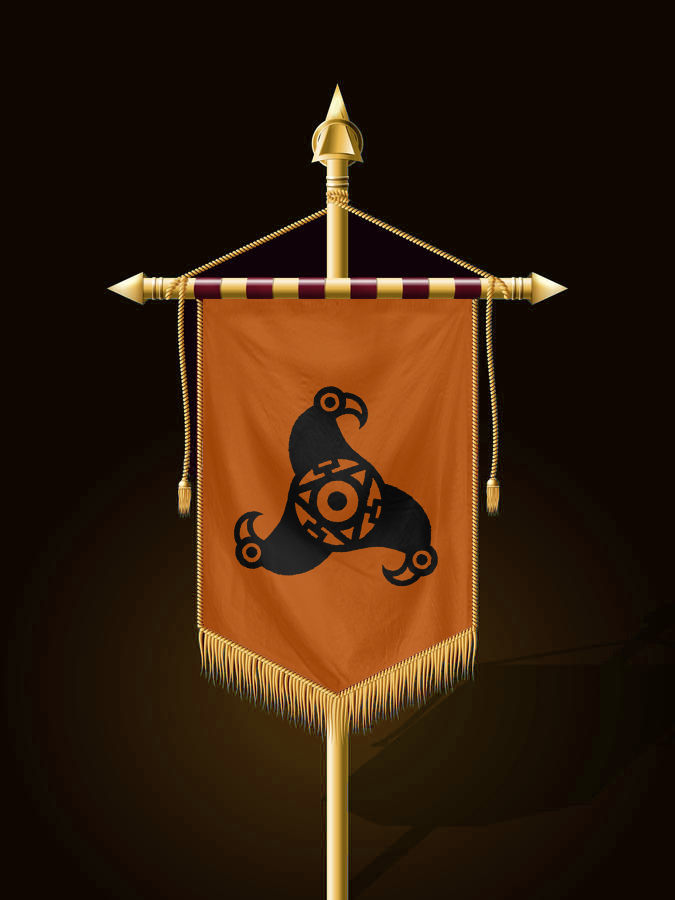 Greuthungians
Living on the Pontic steppe between the Dniester and Don rivers in what is now Ukraine, the Greuthungi under Ermanaric embarked on a large scale expansion. Jordanes records that Ermanaric conquered numerous warlike tribes. When the Huns overran the Alans, both the Alans and Greuthungians both invaded Gothic territory. 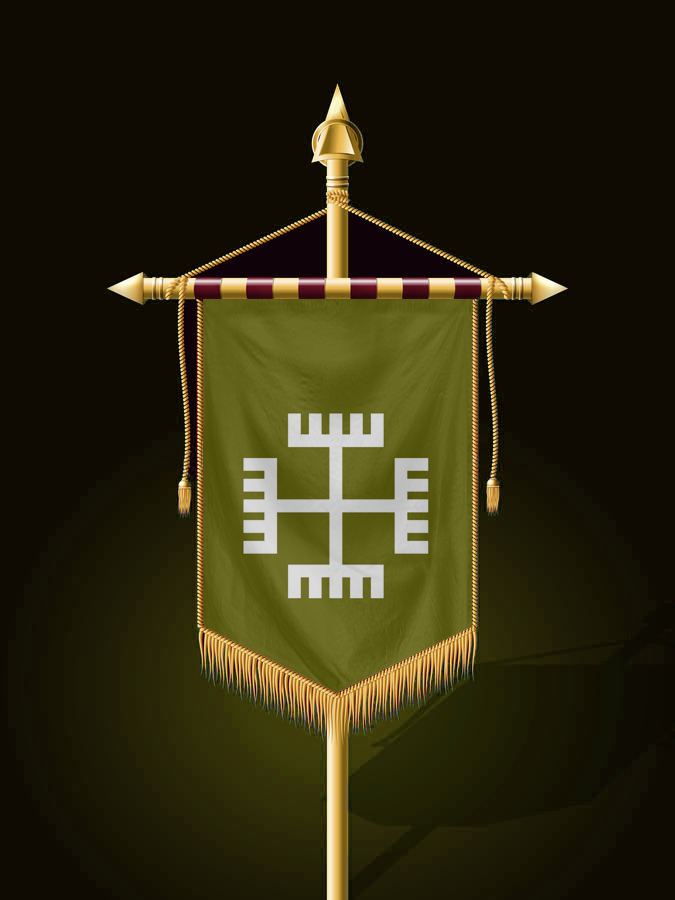 Anteans
An early East Slavic tribe, the Anteans reside between the Danaster and Danaper.
According to Jordanes the Antes were the bravest of the Venedian tribes. 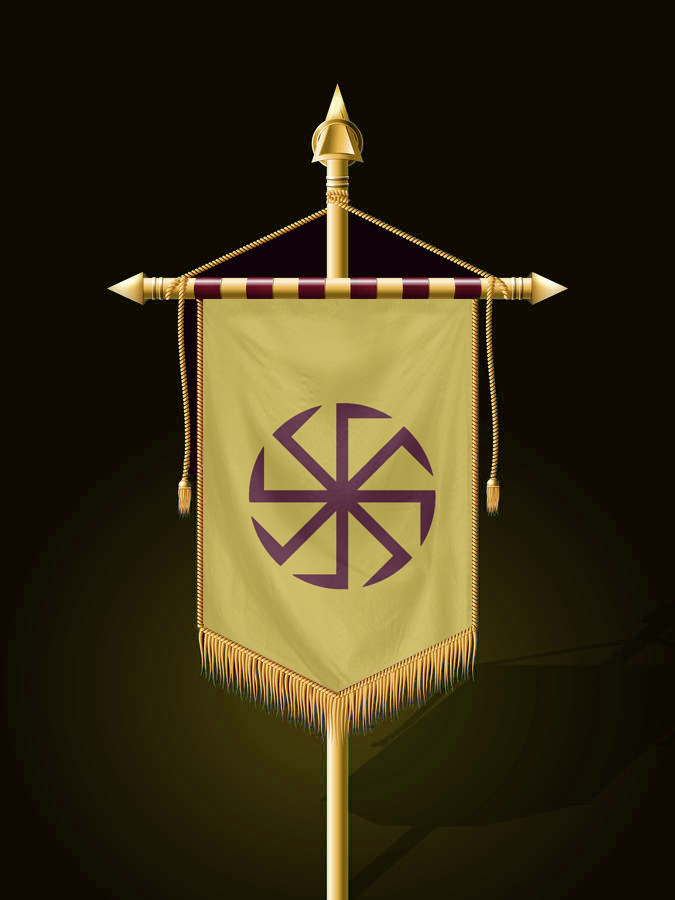 Venedians
Consisting of a confederation of Eastern Slavic tribes (including the Anteans), the Venedians lived on the eastern fringe of Germania. A populous nation, occupying a great expanse of land east of the Vistula. They were once subjects to Ermanaric, the Greuthunigan king. 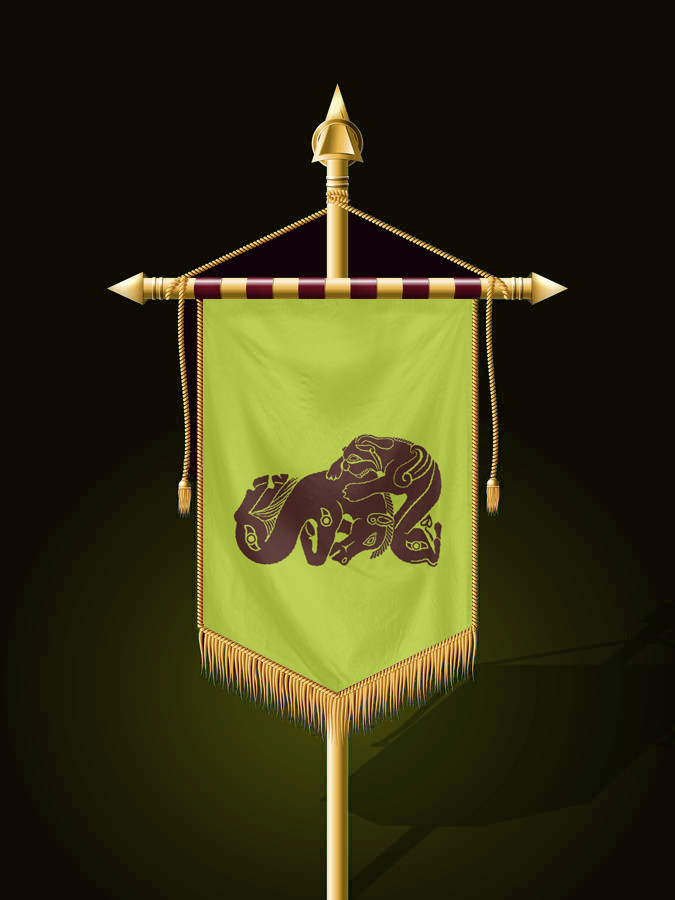 Sarmatians
An Iranian confederation whose history stretches back to classical antiquity, the strongest Sarmatian tribe was the Iazyges from Pannonia, who waged almost constant war against Rome. Beginning in the 4th century, most Roman authors cease to distinguish between the different Sarmatian tribes, and instead refer to all as Sarmatians. 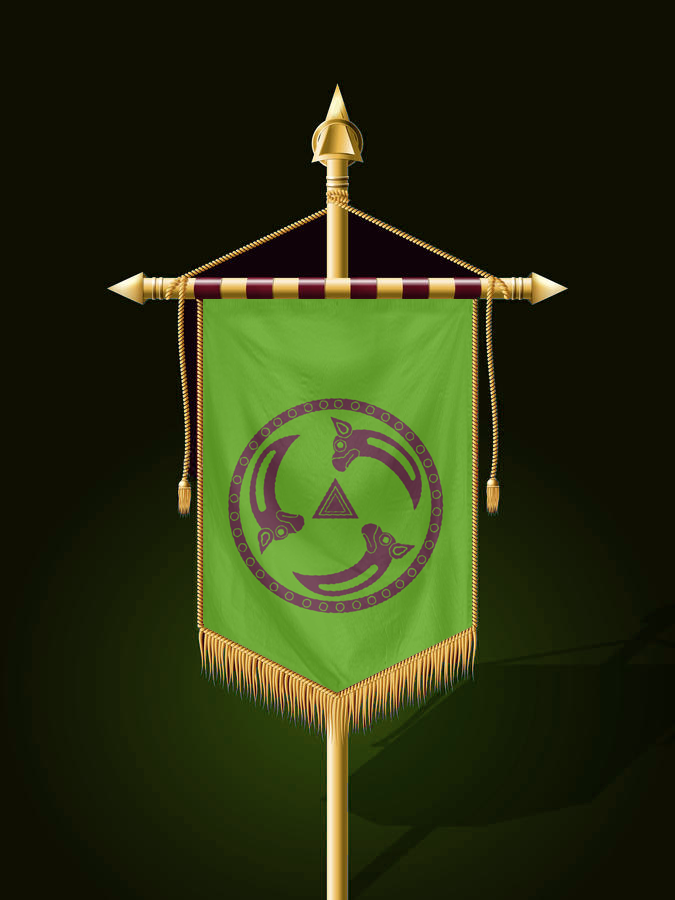 Alans
Hailing from central Asia, the Iranian nomads migrated westward and achieved a dominant position amongst the Sarmatians living between the Don River and Caspian Sea. When the Goths entered the steppe, many Alans retreated eastward, where some have established contact with the Huns. By 370, relations between the Alans and Huns were broken, but some Alans stayed with the Huns, assisting them with their expansion. 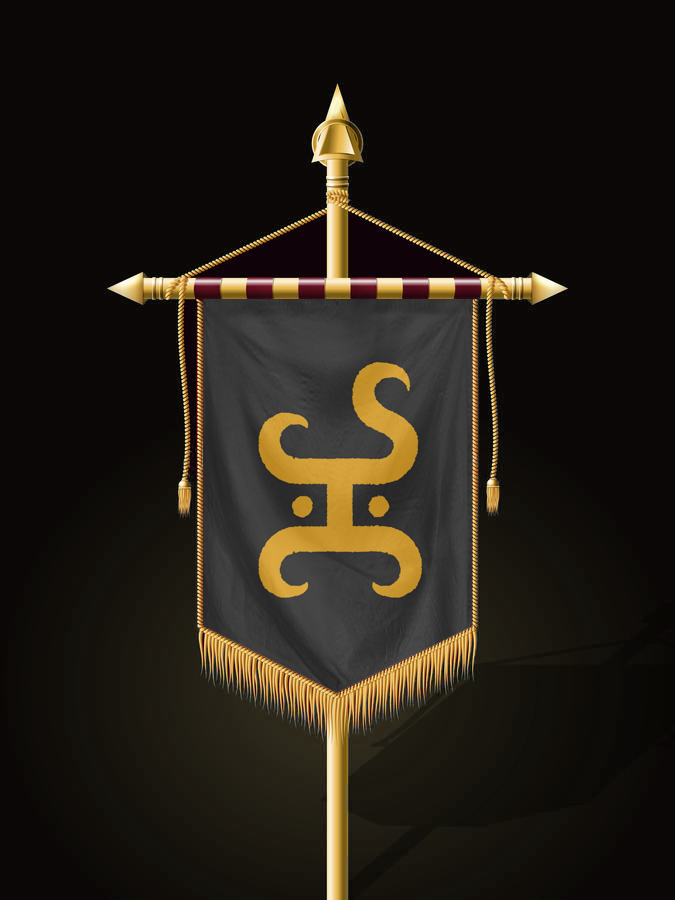 Huns
Living in Central Asia, the Caucasus, and Eastern Europe, the nomadic Huns first invaded Alan land and forced prisoners to fight for them or flee. Over time, the Huns would conquer other Germanic tribes, triggering massive migrations into Roman territory. 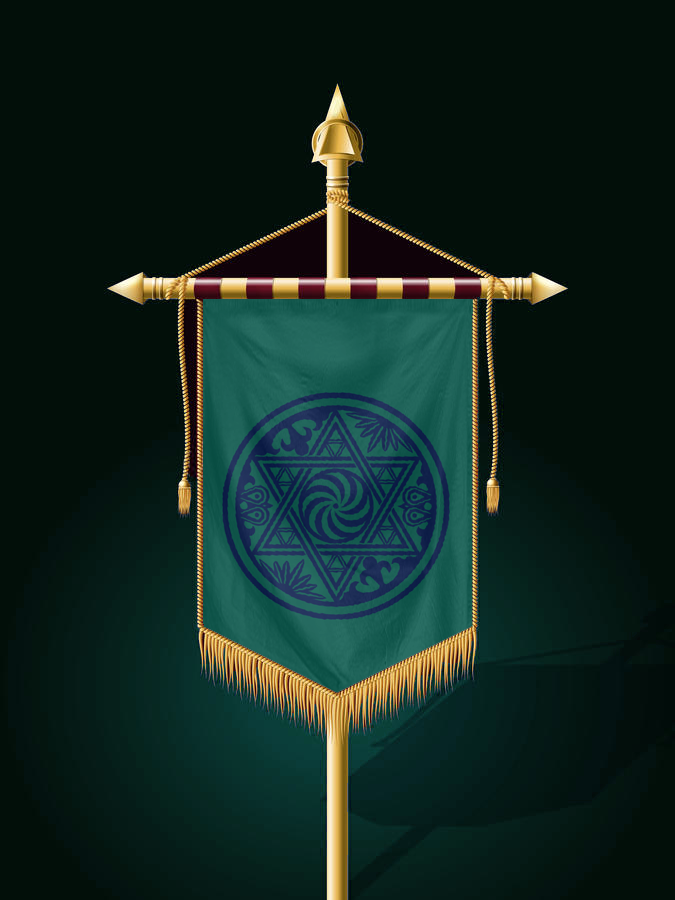 Armenia
Surrounding the mountains of Ararat, the highland-dwelling Armenians are ruled by the Arshakuni dynasty, a branch of the Parthian Arsacids. Armenia lays claim to being the first nation to adopt Christianity in the 4th century. As they reside between the Eastern Romans and Sassanids, the Armenians are resisting incursions both physically and spiritually. 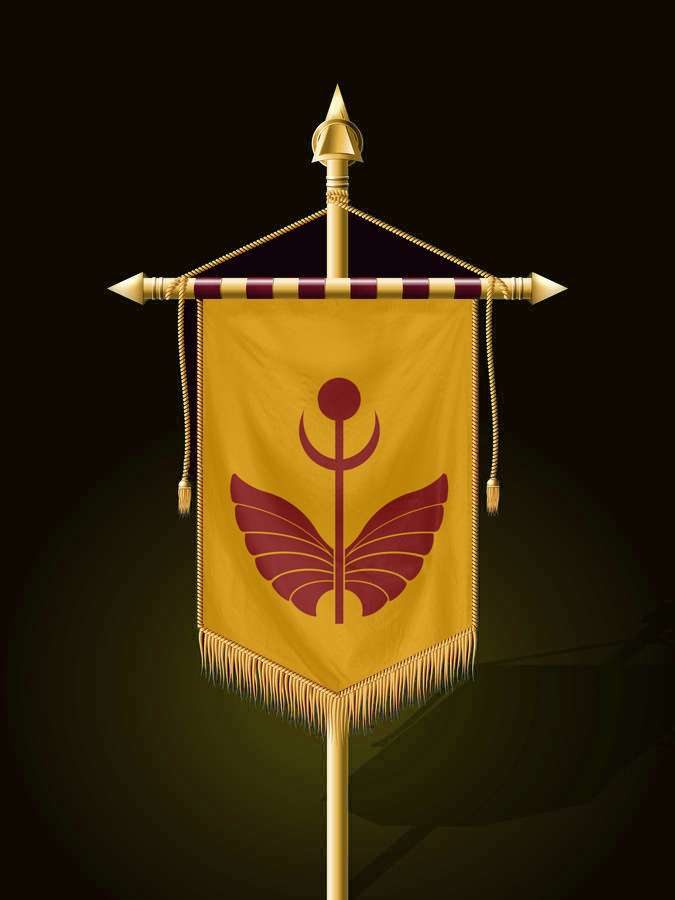 Sassanid Empire
Founded by Ardashir I after the Parthian Empire's demise, the empire enjoyed a golden era under Shapur II, who defeated the Arabs, secured southern territory, and fought against the Romans. Although they lost Bactria, the Sassanids continued to pursue a harsh religious policy towards Christians and heretics. 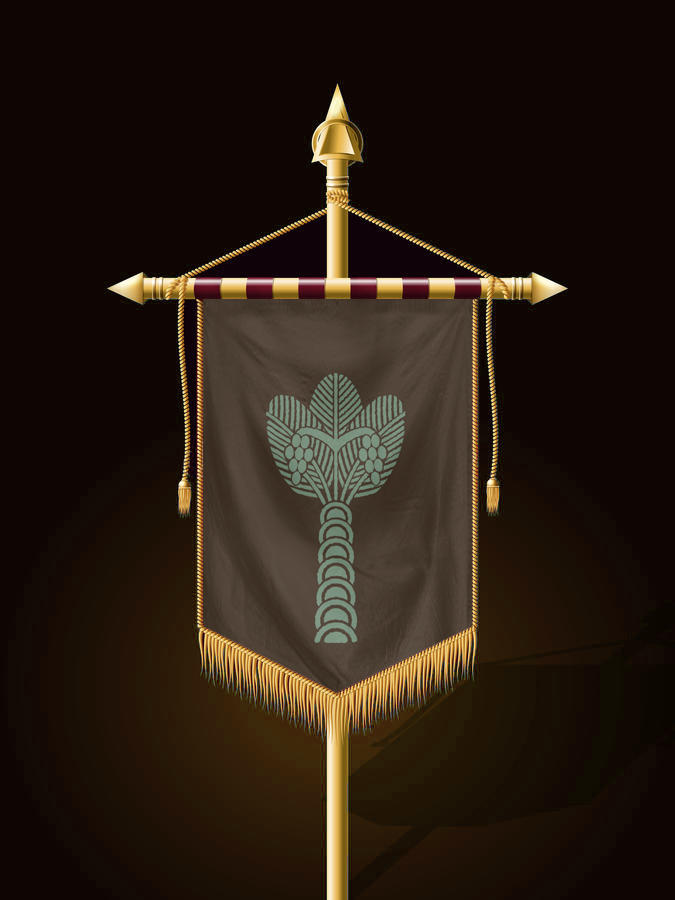 Lakhmids
An Arabic kingdom in southern Iraq, the Lakhmid Kingdom was founded by the Banu Lakhm from Yemen. By 325AD, the Sassanid Empire under Shapur II defeated the Lakhmid and vassalized them. 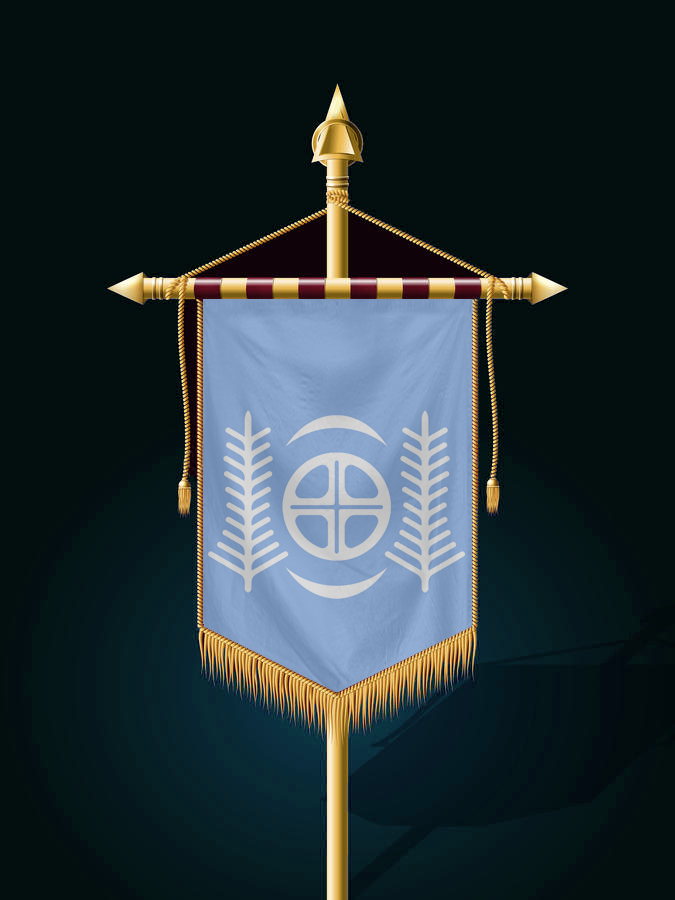 Tanukhids
The Tanukhids were a confederations of Syrian Arab tribes, who played a key role in Zenobia's defeat at the hands of Emperor Aurelian. Serving as Roman foederati, the Tanukhids would embrace Christianity and under the rule of Queen Mavia, they would revolt against Emperor Valens in 378AD. 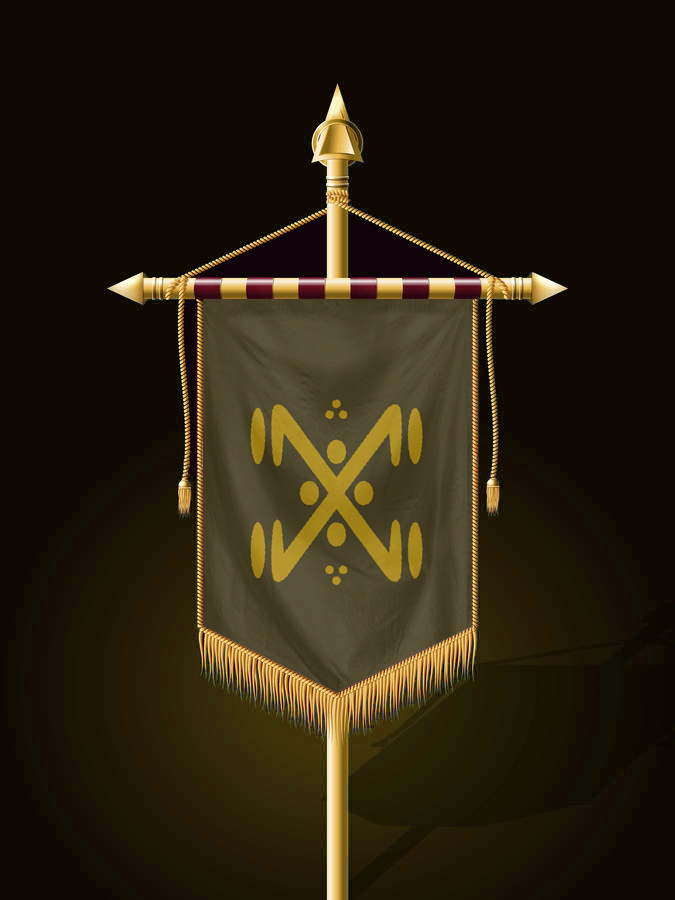 Maurians
Deriving from the English term "Moors," Mauri was the Latin designation for the Berbers of Mauretania. During the 370s, Mauri raids were carried out on Roman towns in northwest Africa, prompting Theodosius the Elder to campaign against them. By 372, a Moorish chieftain named Firmus would raise a revolt against the Romans, taking several Roman regiments with him. 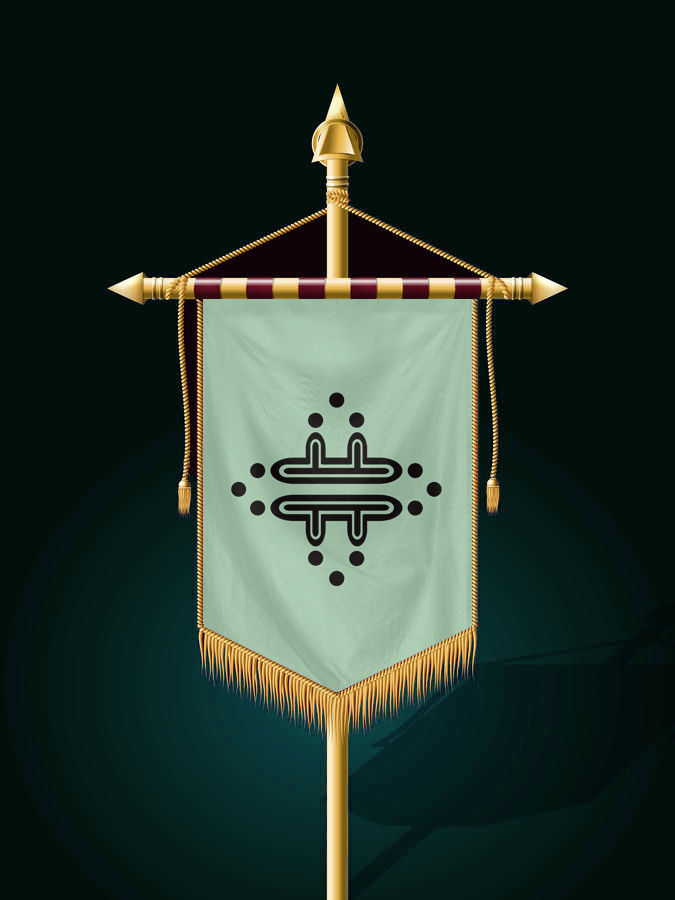 Rebellion of Firmus
Between 372 and 375, the Moorish chieftain Firmus revolted against the Comes Africae Romanus. Based on Romanus' neglect towards African tribes and Roman cities, Firmus gained support from Berber tribes and instigated a protracted guerrilla war.