Today, we take a look at the Abbys. Another pirate crew from the upcoming PC and Mobile game Pirates War - The Dice King.

Posted by IdiocracyGames on Oct 5th, 2016 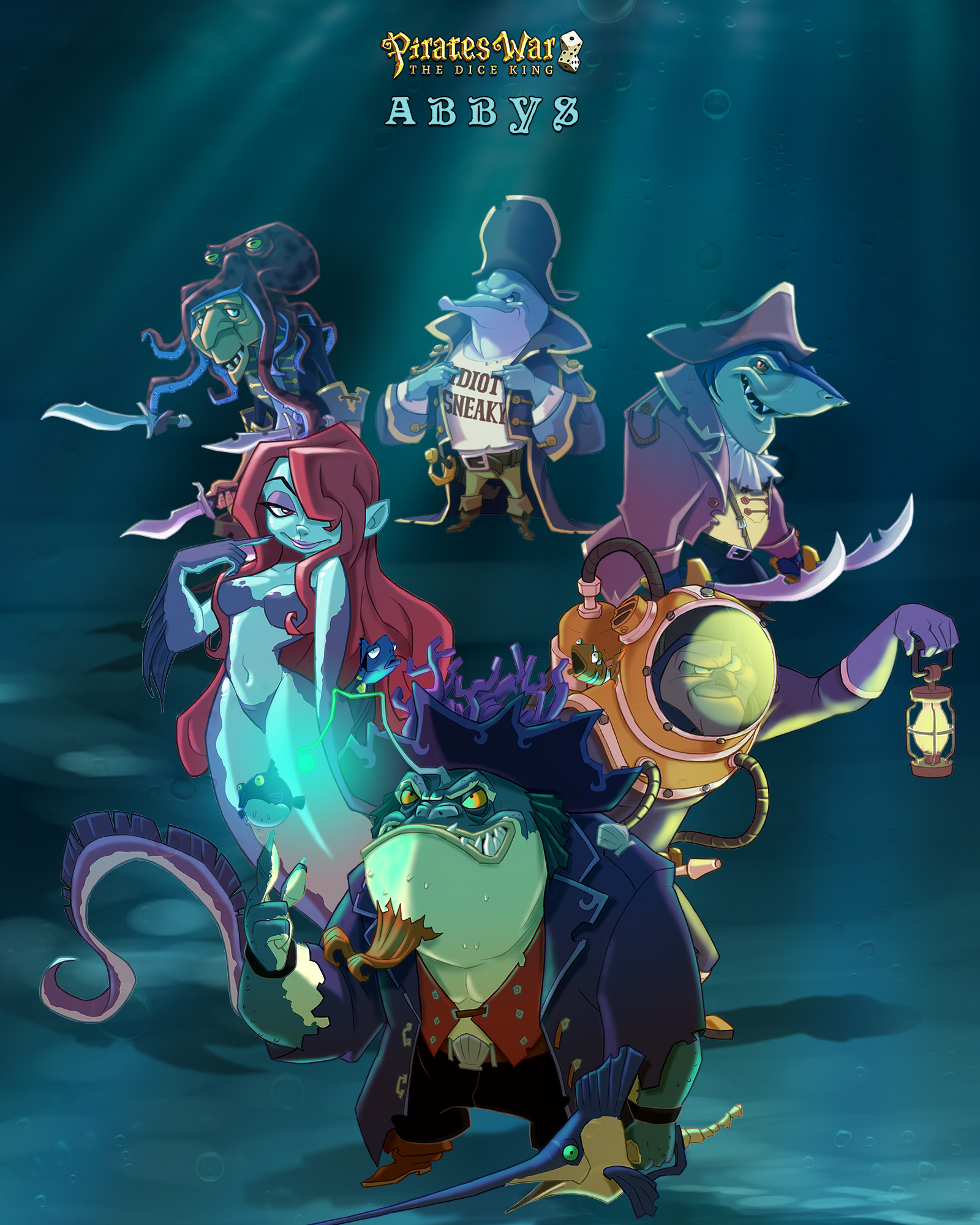 "What is madness? ...to go on loving a woman who will never love you."

Under the command of Triton, prince of the deep-seas, the Abbys pirate crew travels the seas in search of Captain Morgan's lost treasure and the hopes Triton will finally get the attention of his one true love. 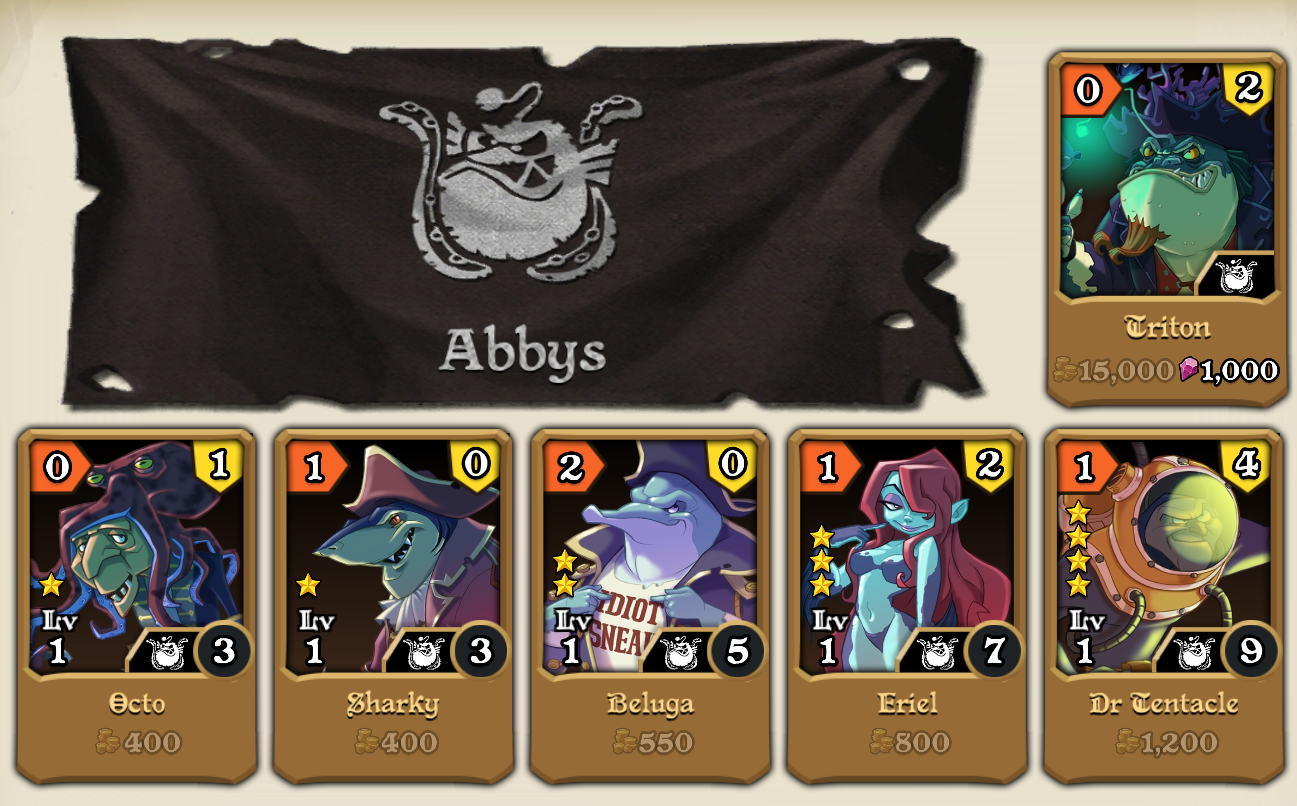 "We are tied to the ocean. And when we go back to the sea, whether it is to sail or to watch - we are going back from whence we came."

Triton (the Most Handsome Fish)

Captain Skill : BOOSTER FOR THE WEAK (Randomly increases the Attack by 1-4 points if it's lower than the opponent's Defense) 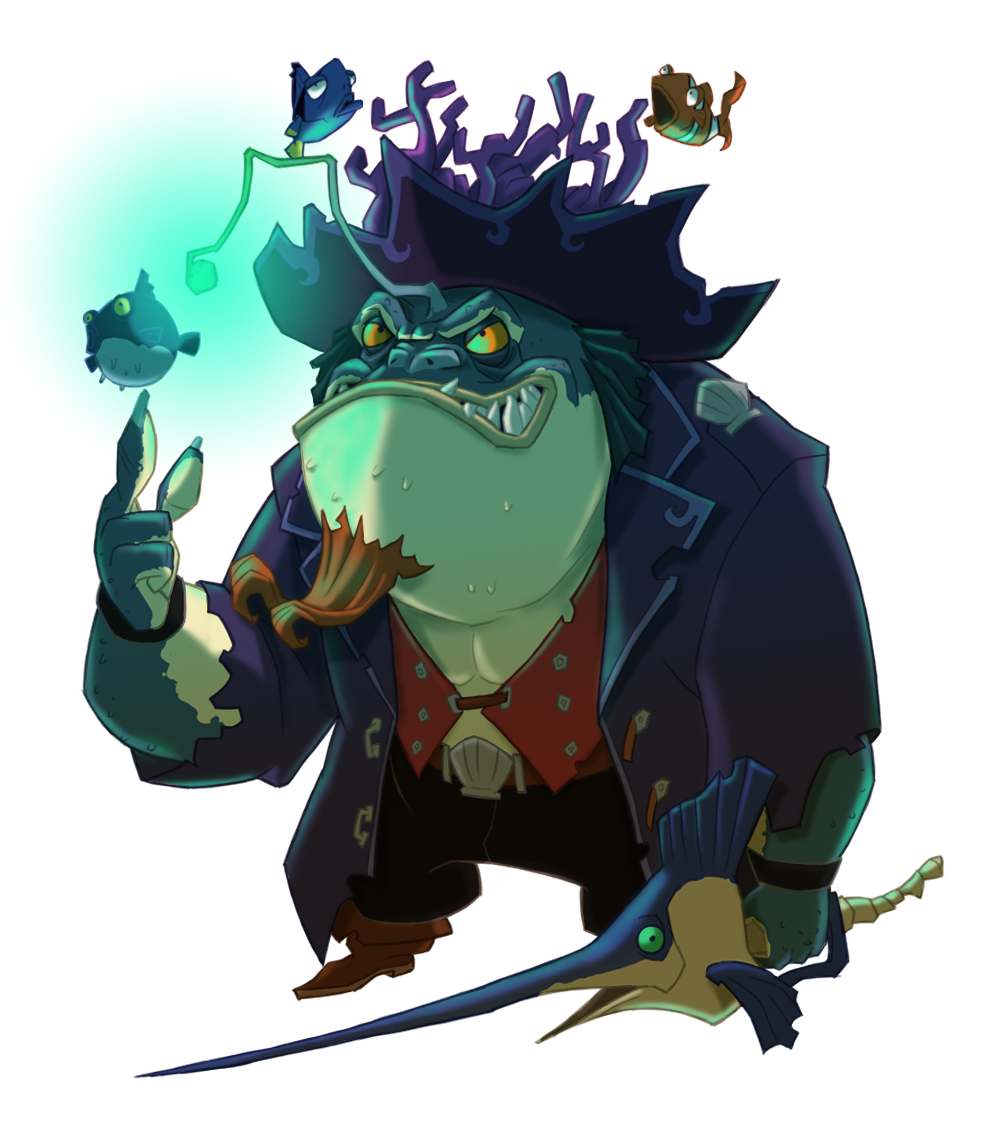 The son of Poseidon; Triton is considered the most handsome fish in the world, and for that he is very popular among deep sea fish ladies. However, Triton's only love happens to be Svenja. He declared his love to her with the most valuable of sea shells, only to be rejected. He decided to go after Captain Morgan's lost treasures in the hope human treasures would help him earn Svenja's heart. But he has no idea of where to start looking for it. 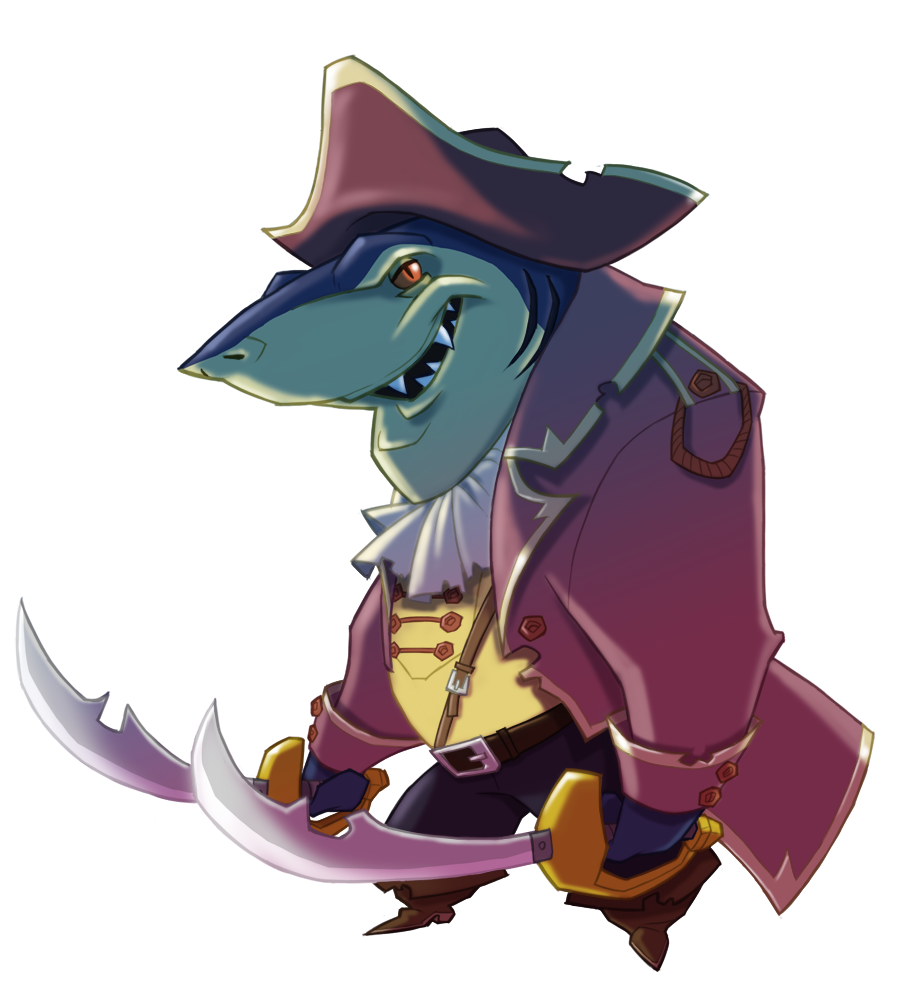 Sharky is Triton's personal bodyguard. When Triton began his sea voyage to win Svenja's heart Shaky was there to be his protector. On the outside he seems like a loyal bodyguard to Triton. Well, looks can be deceiving. 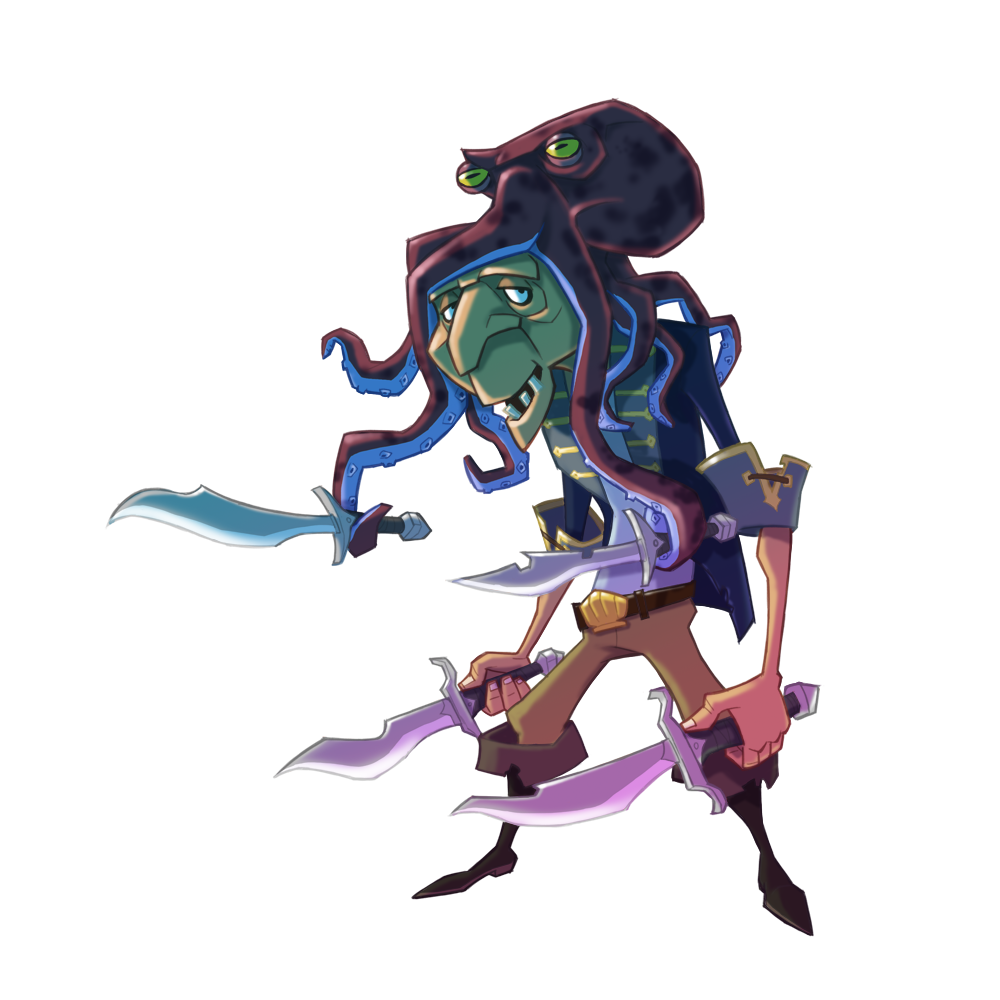 Octo used to have a real name, and be human. But since an octopus started living on top of his head everyone just calls him Octo. Now he seems to be more octopus than man. His octopus is very handy in battle. It gives Octo a few extra hands (tentacles) to fight with. 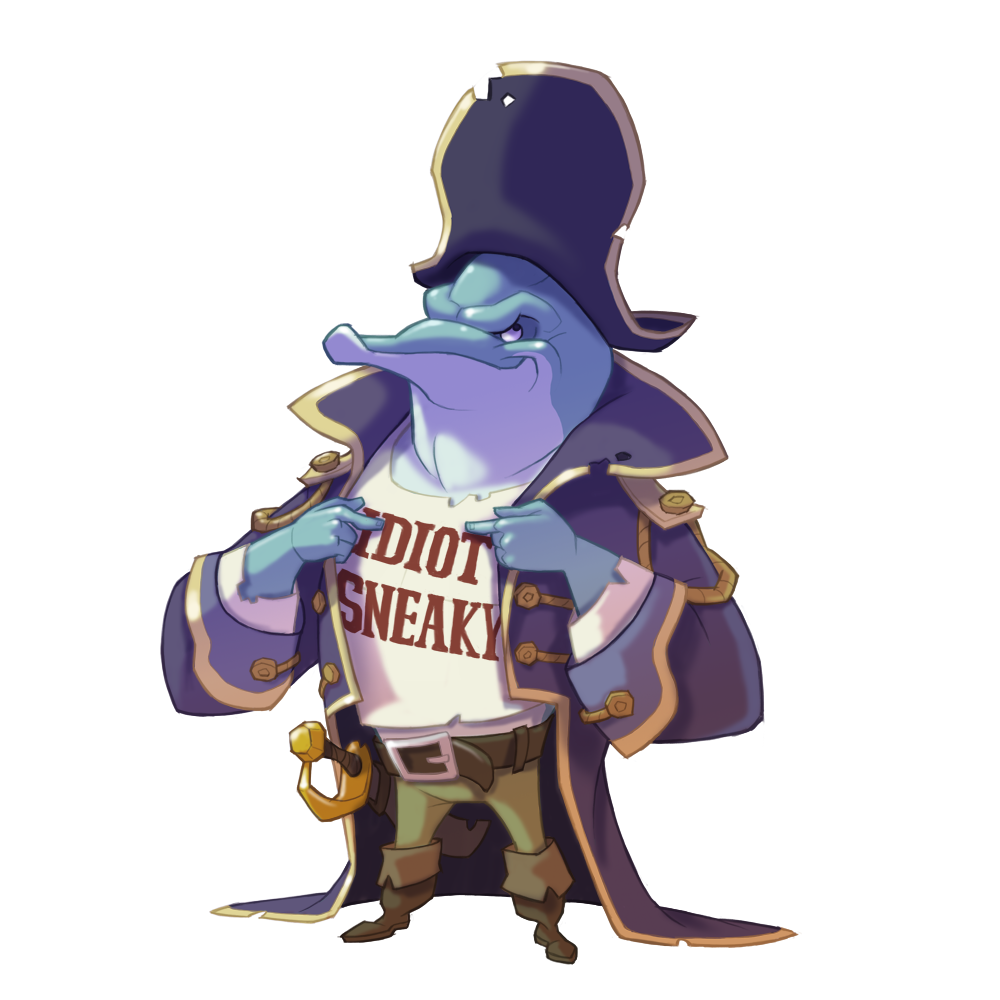 Beluga takes pride in the fact the he is a mammal. He is friendly to mammals, including humans, but he has a terrible relationship with fish, especially Sharky. That's why most of the other crew members seems to dislike him. 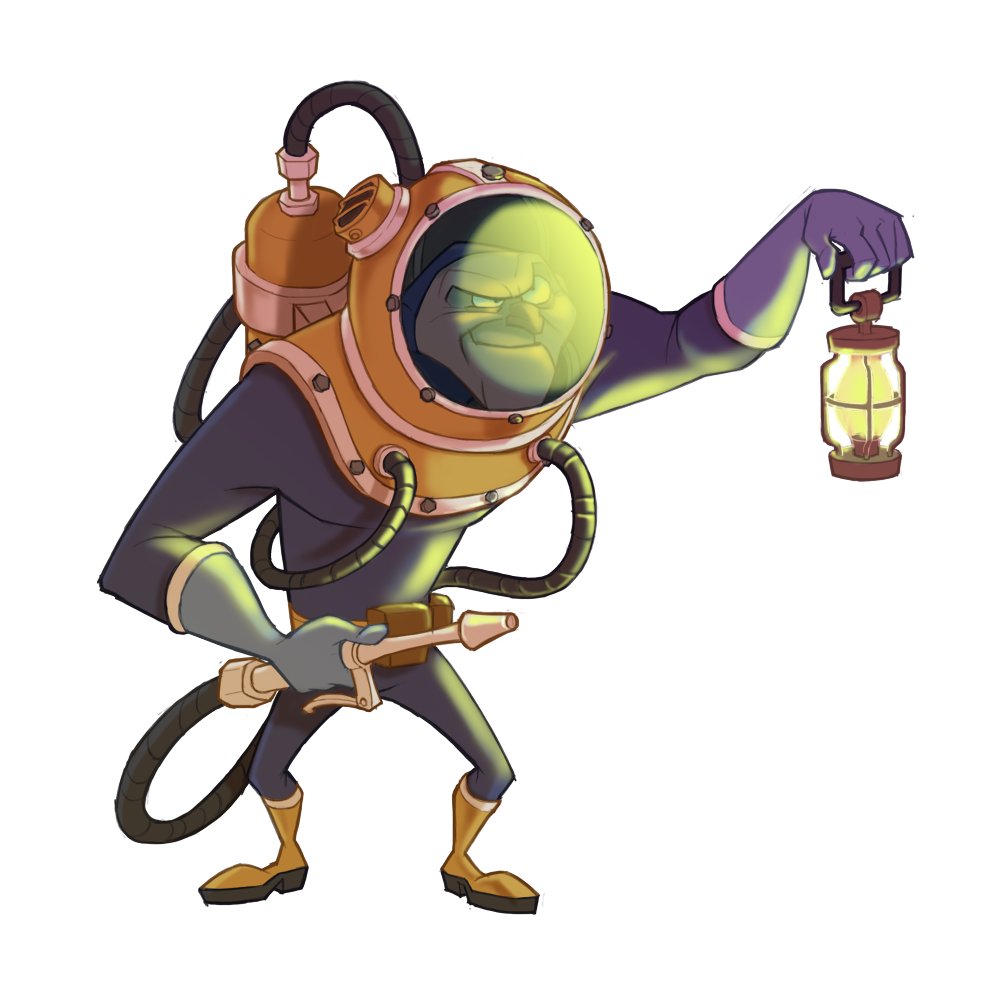 Dr. Tentacles is a marine biologist who is fascinated by deep-sea creatures. Other crew members believe he is around them to learn more about the deep-sea. In reality, he is pretending to be their friend, only so he can steal Triton's valuable pearls. 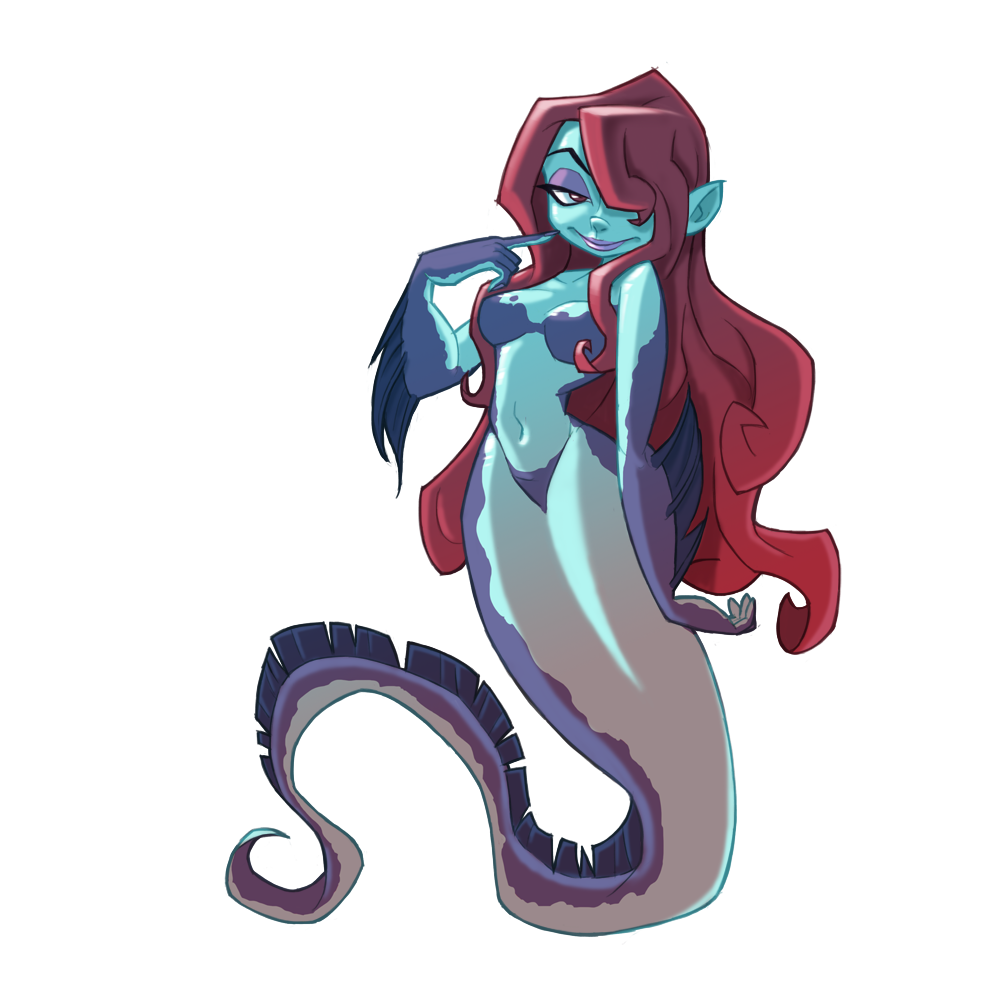 Eriel takes pride on her looks. She also comes from a prominent sea serpent family. Eriel joined the Abbys because she has a crush on Triton. Her tail's power is so overwhelming, she killed several people and sea creatures by squeezing them with it. Once she discovered Triton loved Svenja she swore to find and kill the Viking queen.

That all for the Abbys! Find out more about this and other pirate crews by downloading and playing Pirates War - The Dice King on iOS and Android devices (Australia, Indonesia, Malaysia, New Zealand, Philippines, South Korea). Releasing globally soon. Coming to Web/PC later 2016/Early 2017.