Post news RSS The World of Antinomy: The Oasis

While the world of Antinomy is a world in distress and conflict, there are some places of peace and tranquillity, retreats for the players character to rest, revive and forge new friendships. One of them is the Oasis.

The calming sounds of water splashing nearby, butterflies, birds and caterpillars flying around, a lush and dense vegetation colored with the most beautiful flowers imaginable and plenty of food: The Oasis is not only a very pleasant place to visit, but also an important part of the worlds economic system – and the gameplay. 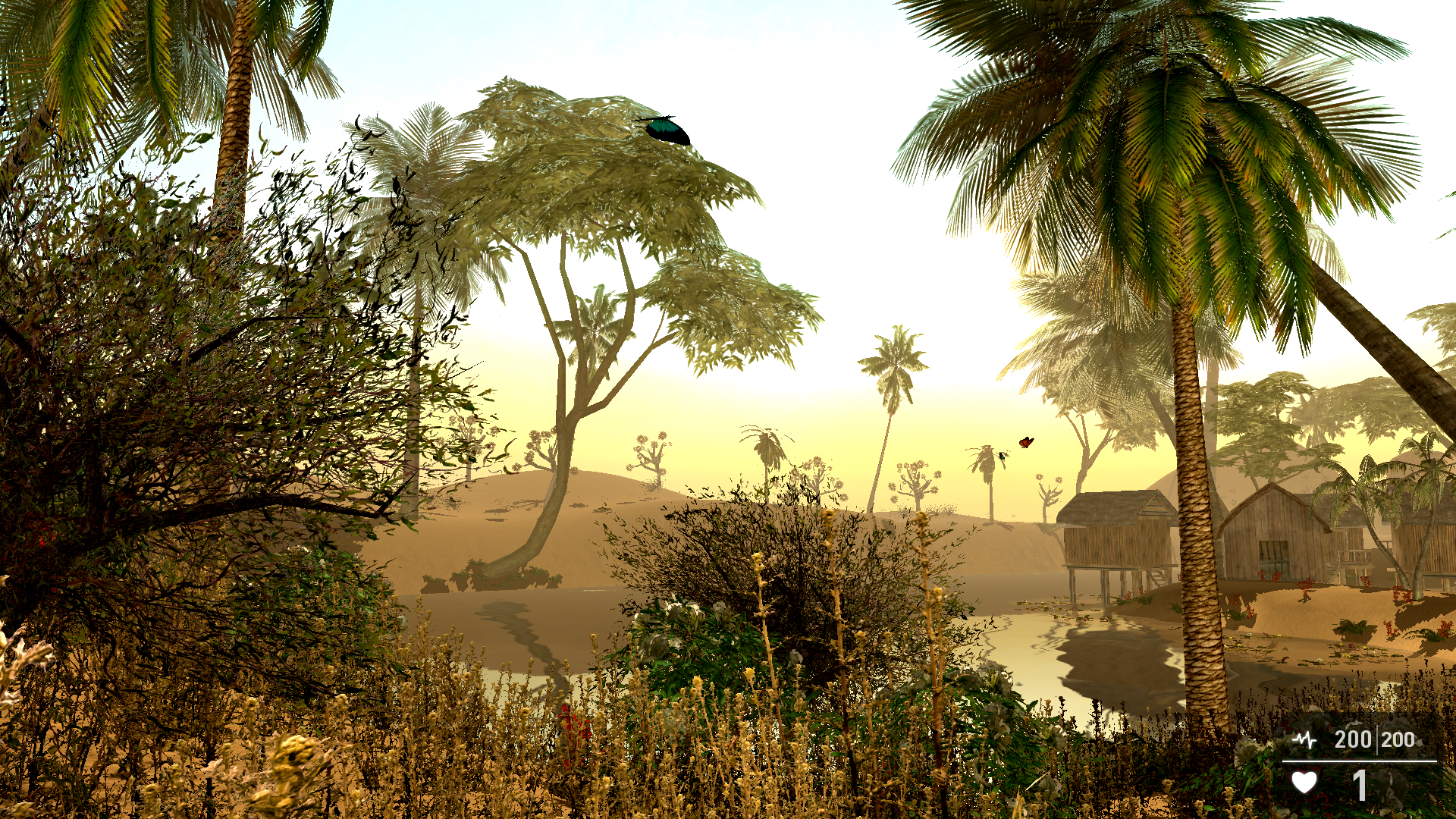 Located far in the South-East of the Capitol, the Oasis consists of a big lake full of precious freshwater emerging from the mountains nearby. This lake is split into two sections – the larger, shallow one is accessible from the main route, surrounded by fisher huts, vegetables fields and the homes of the farmers living there. Seaweed is flowering in the shallow water near the shore and plenty of fish can be caught easily. 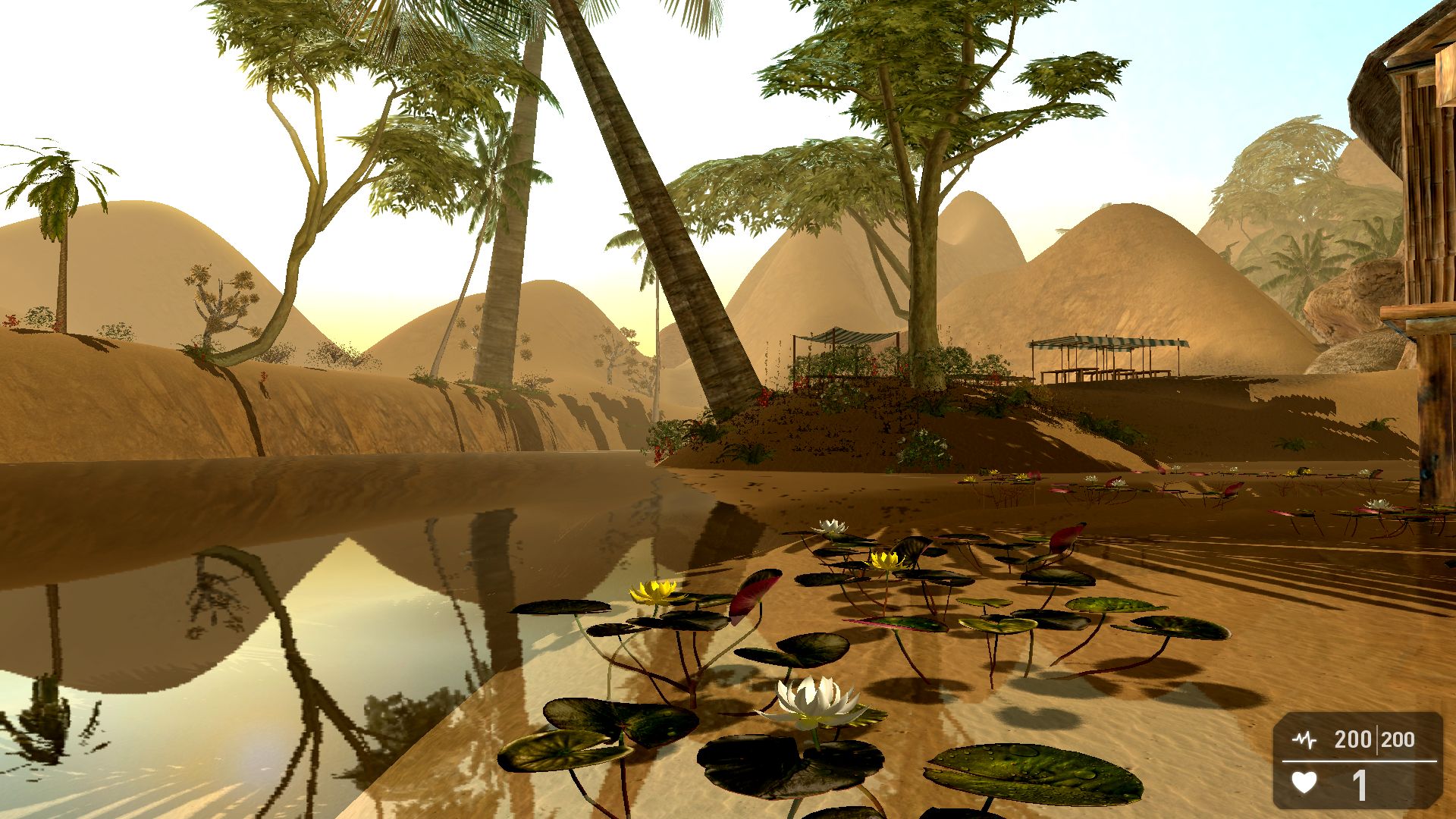 While most of the Oasis farmers are Jewish pioneers who have returned to the home of their ancestors during the last decades, the surrounding area shows the tents of the traditionally semi-nomadic Arabs guarding their lifestock, organizing the trade of the Oasis goods to the surrounding settlements and securing the area, especially the access to the freshwater. Together they maintain a small security outpost and a guard tower crewed by a tiny joint force. Their unity and the vast desert between the Capitol and the Oasis has protected them well from all attempts to control their well of life. 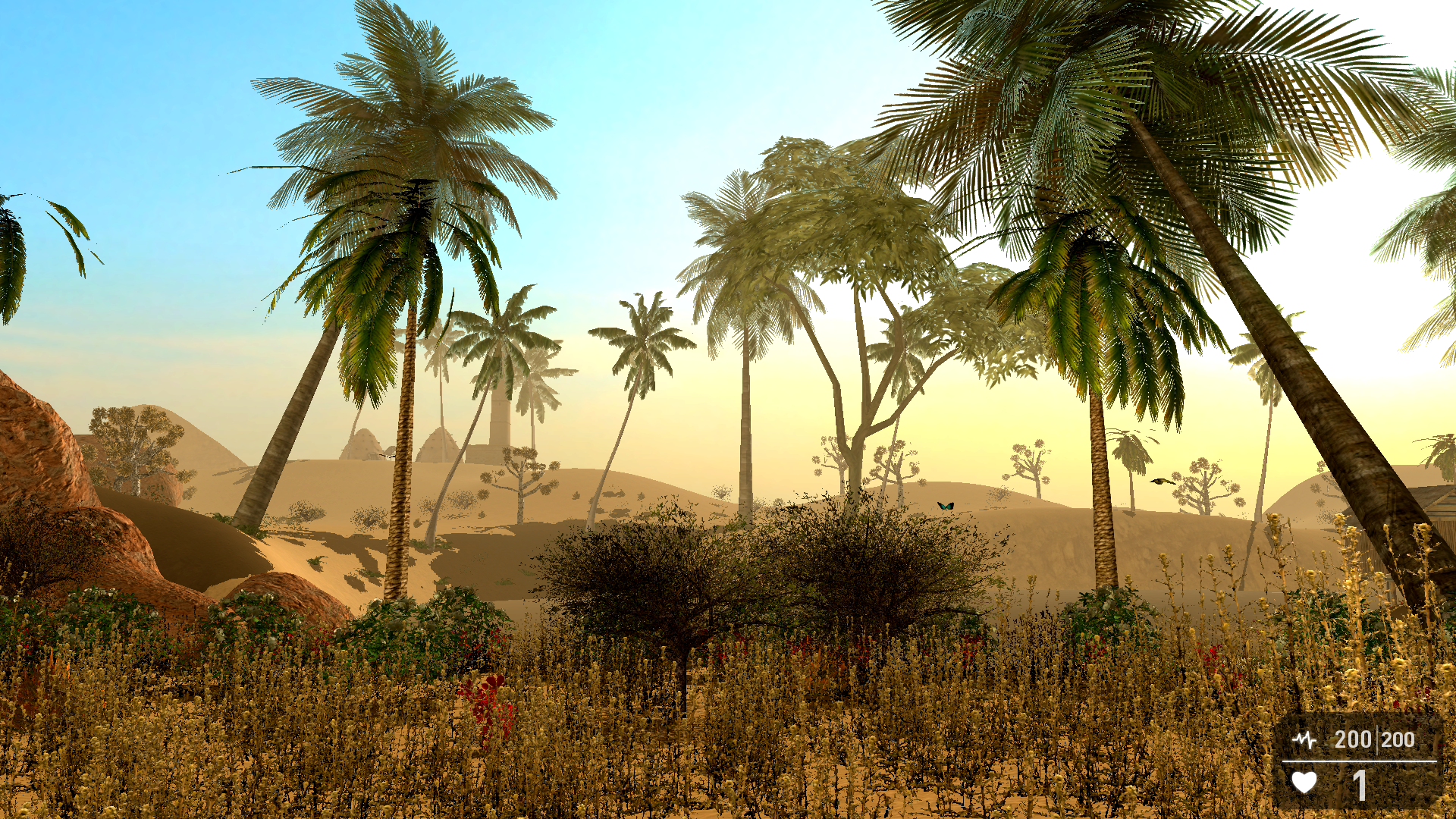 Divided by rocks and the water itself, the Oasis has a second, even more fertile part. There is an Island where healing herbs and precious plants have been growing for centuries, where trees are almost breaking under the weight of their own fruits and where the fountain fuels the lake. The entrance to this area over the dangerous mountain route is a secret the locals have shared with only very few of the farmers, and those who know the way – both Arabs and Jews – form a secretive brotherhood. If the player can earn the trust of ALL of them, he will gain access to one of only two places where critical wounds can be healed without having long-term effects on the players stats. 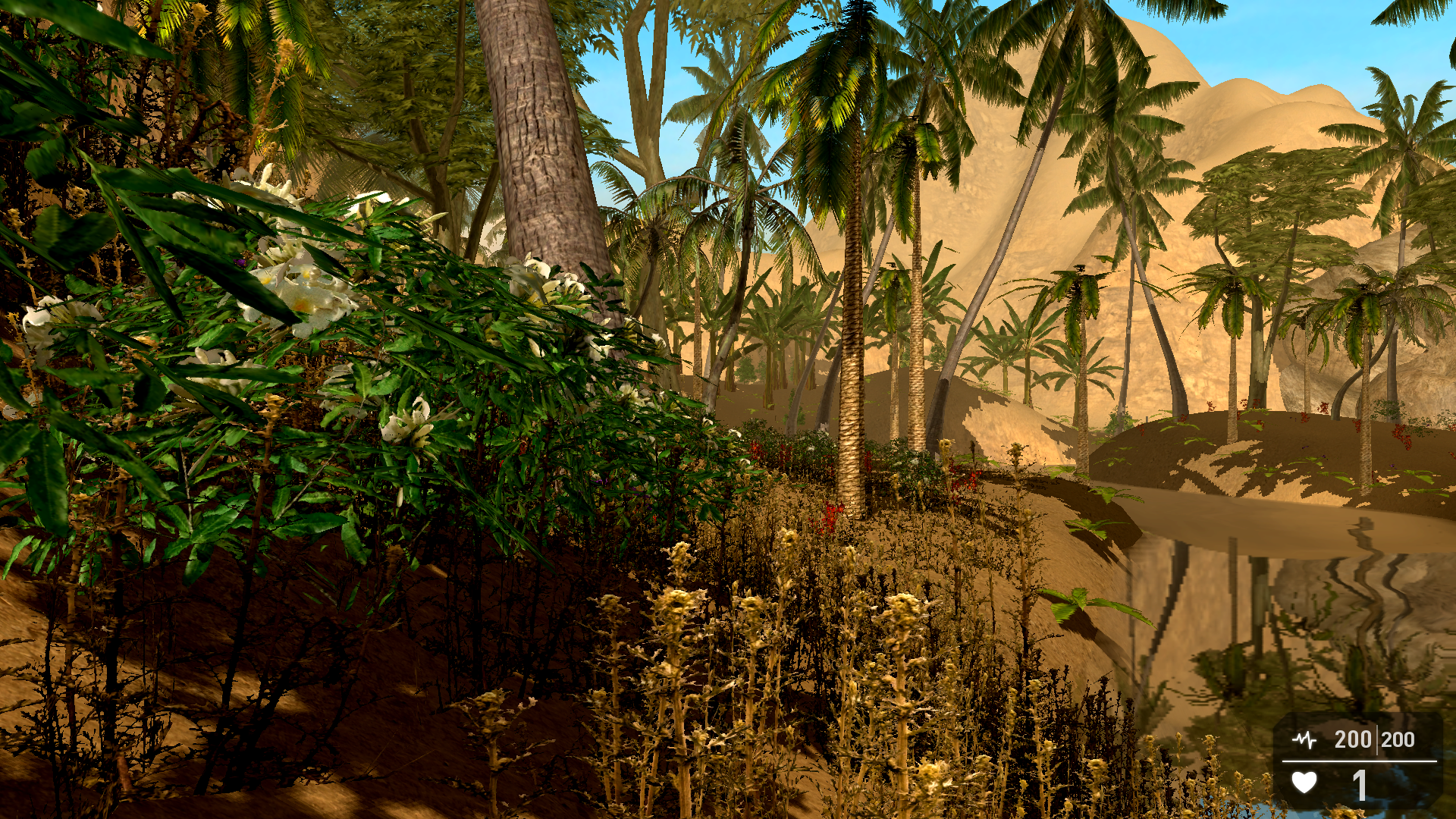 Taking over the Oasis by force could be considered a pointless, foolish effort. Imagine dozens of angry excellent Arabic marksmen taking you under fire from the mountain plateaus while the farmers you didn´t kill or capture go on a vengeance spree against you equipped with Dynamite and modern weaponry they have taken with them from Europe – NOPE. 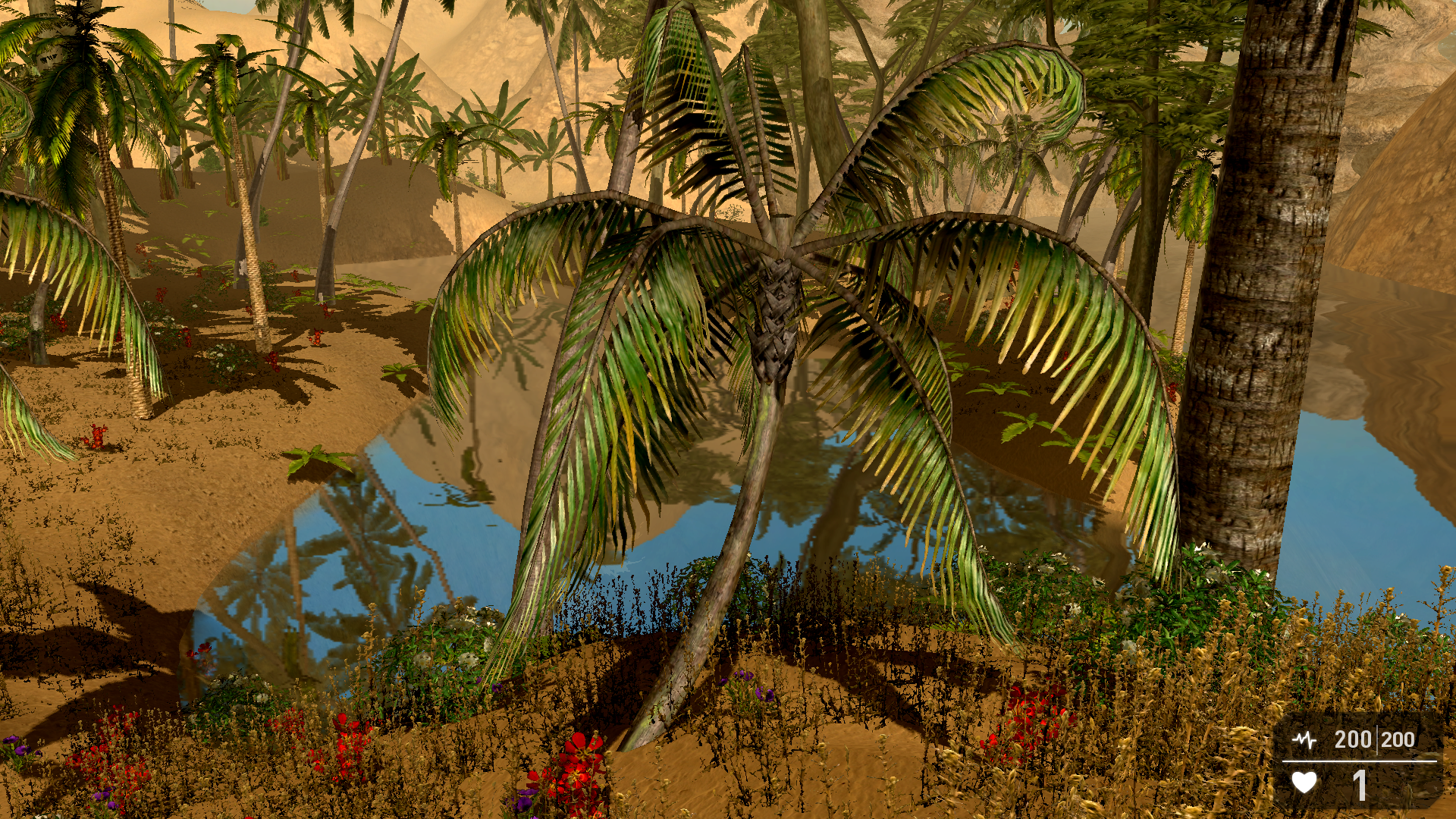 However, building a stable relationship and taking on side quests for the people there is actually one of the best ideas when roaming the world of Antinomy. It is the key to secure the supplies for Al-Hamra and also your best chance to feed the poor in the entire world of Antinomy.