The Wolf's Bite - Competitive Choose-Your-Own-Adventure is coming to Steam August 21, 2017! Wishlist it now! 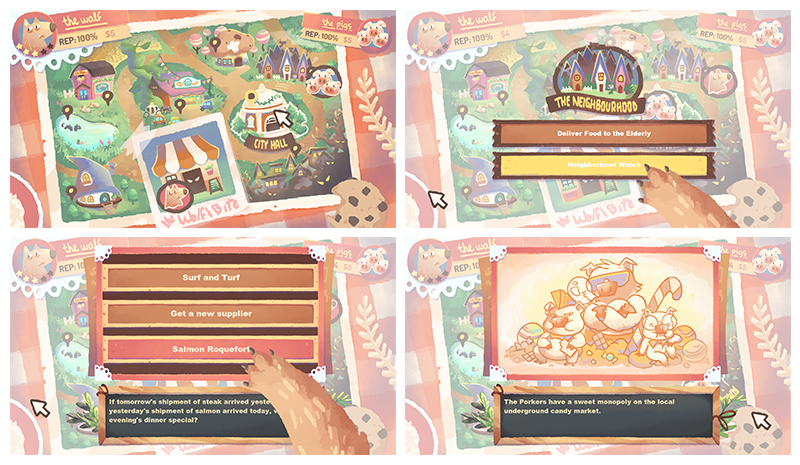 We are happy to announce "The Wolf's Bite" will be releasing on Steam on August 21, 2017. You can add the game to your wishlist here: Store.steampowered.com!

The Wolf’s Bite is a one-versus-one choose-your-own-adventure game with an entrepreneur fairy tale twist. Inspired by stories such as “The Three Little Pigs” and “The Stinky Cheeseman and Other Fairly Stupid Tales”, the game revolves around thwarting the other player while advancing your agenda. Be a professional restaurateur or a vengeful saboteur, the competition is on!

After failing to thrive in the highly competitive residential demolition industry, mostly due to difficulties dealing with brick construction, The Big Bad Wolf decided it was time for a career change. Unable to resist the lure of entrepreneurship, he decided to enter the restaurant business.