Over 90 suggestions have been submitted and we have chosen our three Winners. Go check if you're one of them.

On November the 21st we have announced a naming contest for the BC-304 class Ships in our Mod. The choice have been made but before the winners are announced once again the prices:

We had to choose three out of over 90 names and decided to stay within the sceme of MGM, naming these Ships after names out of the Greek and Roman Mythology.
So here they are, the winners:

and the two by the Dev-Team:

Congratulations to the winners. Check your inbox in the next few days for your Full-HD Renderpicture in this style (maybe a little different as this is just a test-render) with the name you send in. 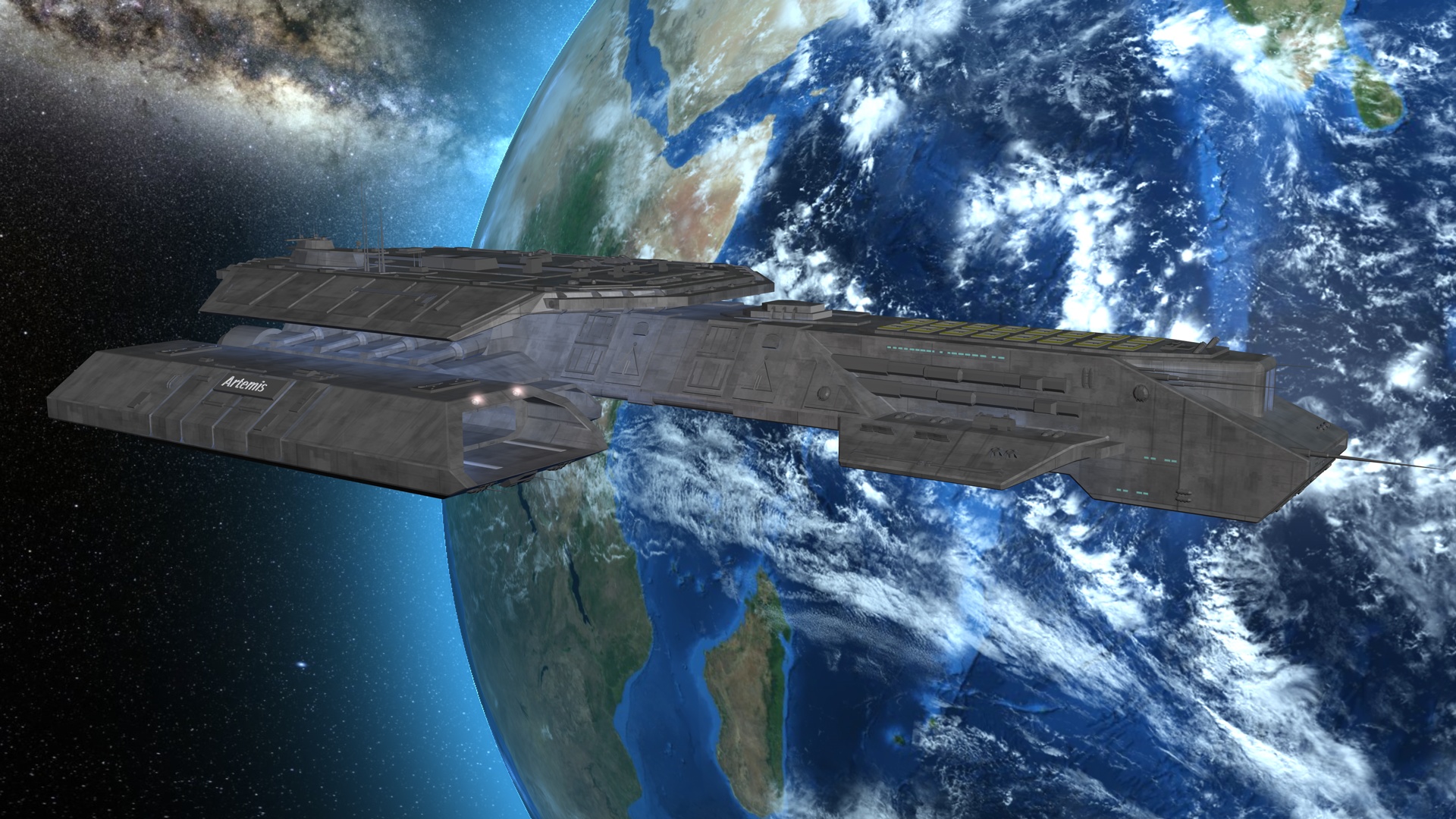 A Happy New Year and may all your wishes come true, The Revenge of the Fallen Dev Team.

there okay but not very SGC-like.

Still im sure will work, congrats

What does "not very SGC-like" mean? It follows with the usual names of battlecruisers. They're all Greek mythology. Except the foreign ships.

You could say a promise to a friend.
More details he would have to tell you himself.

First, I found your mod and I`m really happy, because maybe someone of you remember, there was already an mod for Bf2 and planned for BF2142: Stargate la releve. I was really disappointed because the mod wasn`t so good as I expected. really bad graphic but not only this was the reason. And they stopped working on the mod and didn`t released all the maps they already worked on, which I think they would be really great for play. And now i found your mod.... and it is great, but I see some problems:

Your models are GREAT!!!! but I don`t know why, ingame it`s not looking great and I think it is because of your textures. I hope it will get more high quality and better textures. Stargate la releve had also this problem it looked not high quality.

The last thing: the gate I hope it will look better and will work like in the film ??

I will looking forward to your mod,

The SG:LR team allowed us to use some things from their original mod, but we will try to retexture it. The problem is, that we don't have enough manpower to do it fast, so it will take some time. In fact we could use some help with it. ^^
The textures on the screens are NOT final. We just wanted to have something to show the progress of the mod.

We're working on the gate, I don't like it how the SG:LR team solved the problem of the wobbling event horizon. If we can assign a self written shader to the object, than it would really look very cool. Another solution would be a scrolling texture (like the one on the titan shields). The script that teleports you through the gates is working, I modified the original SG:LR script and it's less buggy now than it was before. ^^ Still needs some work though. :x

Quote: The SG:LR team allowed us to use some things from their original mod, but we will try to retexture it.

Not only retexture, replace. ;)

But anyways, as stated, the Textures are not Final, most of them were made just to get rid of that stupid white "I want You" Texture. The Final version with all it's Lightmaps, Bumps and stuff will look better.^^

And I really could use a hand with this thing, as there are many Textures to make, so if anyone reading this can make such things with Photoshop/Gimp so please PN me. You won't have to UV-Map the models, thats my job but having another person which is making Textures would be great. :)