The Weaponographist free demo is now available on Steam. To celebrate, Puuba and Mastertronic are also hosting a contest with chances to win a free copy of the full game when it releases on April 29th. 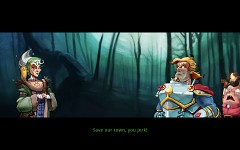 Puuba, the game's developer, and publisher Mastertronic are announcing a contest for the demo, wherein the top three best times to finish the second boss in the demo each day will will a copy of the full game when it comes out. To enter the contest, kill the second boss in the demo, and tweet a screen shot of the depth clear screen @puubadanny with the hashtag #Weaponographist before April 26th. 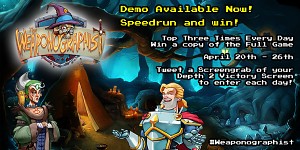