Little is really known about the origins of the outbreak. We're slowly gathering information as we scavenge through the ruins of the old world. 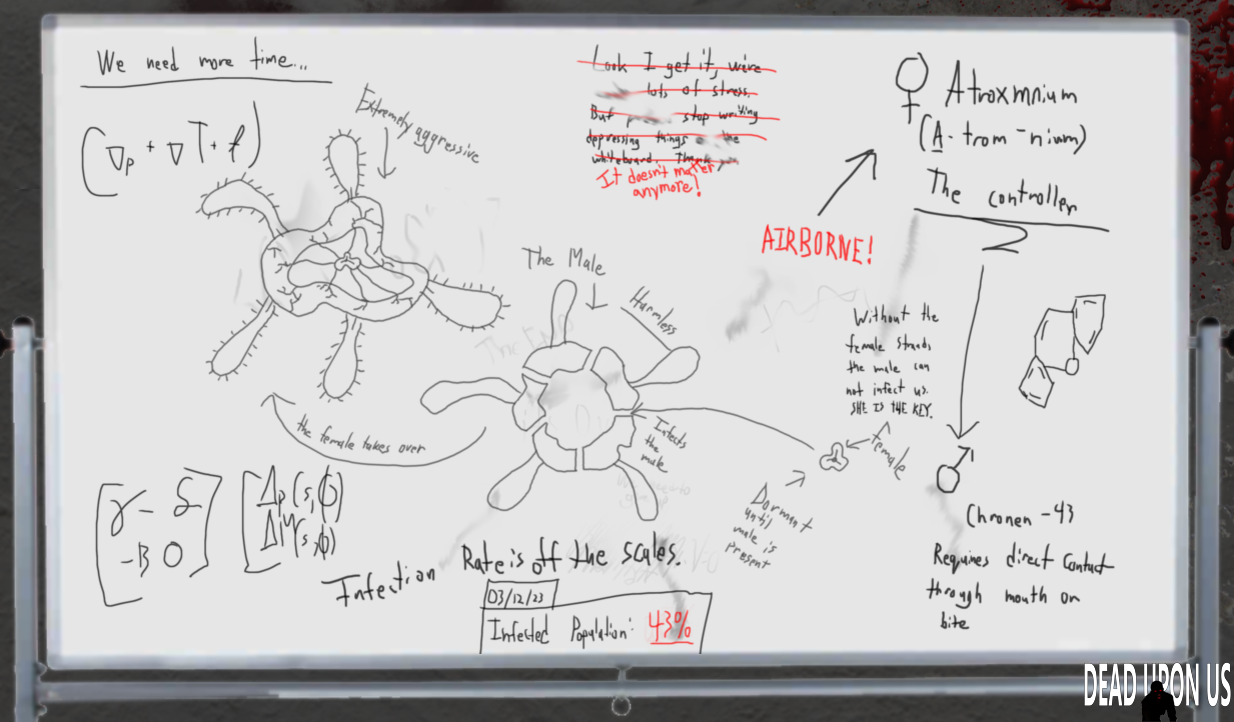 The outbreak was caused by the combination of two strands of the same virus.

In 2023, the last known Paradise Corporation Bio research centers were abandoned. As far as can be seen, progress was very slow on a Cure. Whiling extracting resources from a Bio center in New York, it was discovered that many believed the Female strand was the key to creating a cure. No more information exists.

Though commonly known today,late-stage infected have been found to have large external and internal growths and changes. These changes can and will affect the behavior and physical traits of the infected.

Large green tumor like growths are a common identifier for late-stage infected.

More to come at DeadUponUs.com/TheVirus (still under construction but check it out!)