Post news RSS The Victors: A Medieval Retelling of the 2016 U.S. Elections

The Victors is a medieval retelling of the 2016 US Elections, focusing on the rise of Donald Trump. The game has a non-partisan perspective and does not endorse one party or the other. This is the first concept art of the throne room environment.

The first concept art piece we have worked on looks at the throne room environment - the place that will set the scene for the entire game.

The throne room, due to its current occupant, is opulent and golden, filled with statues and rare gems. The idea is to get across visually the glamour and grandeur of a palace at the height of opulence. :)

Here's the start of our concept work. We began with a few sketches of possible interpretations of the room: 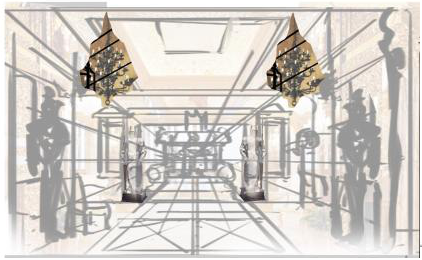 We then tested out a few colours on the sketch. The aim here was to work out the right mood for the room, to balance grandeur with a rich golden colour. 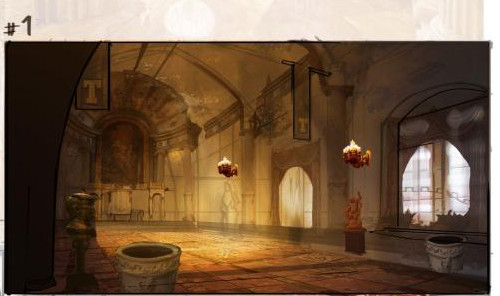 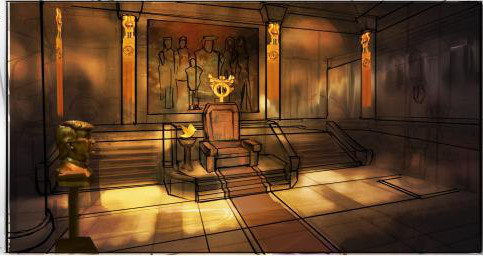 After our initial tests, we decided that the room we'd been working on was too small. It did not adequately get across the scope that we wanted - so we decided to enlarge the room and redraw it from a further distance and a more top-down angle. 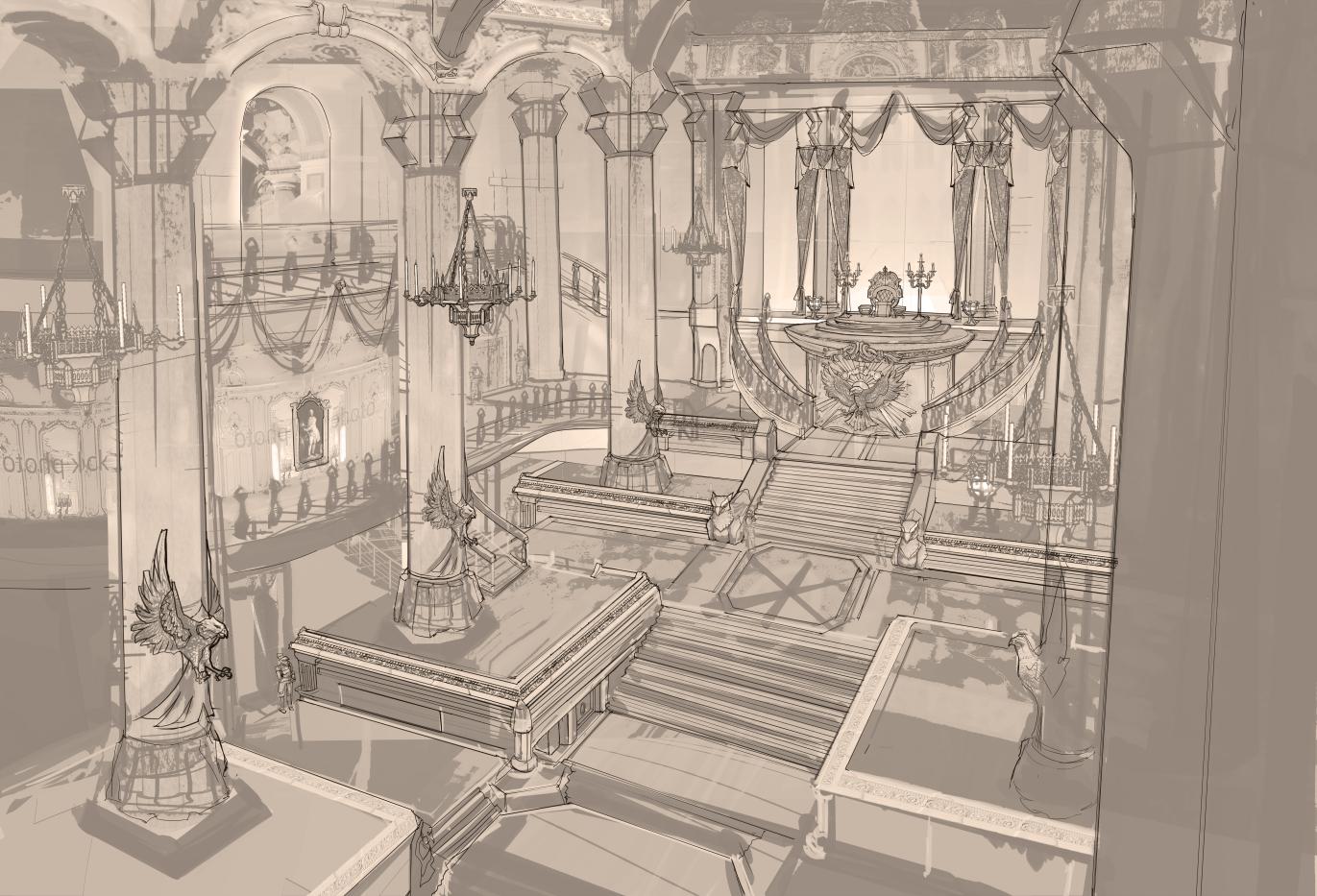 This got the scope we wanted, but again we needed to do a colour pass on the image.

Our initial thought was to add as much gold as possible, mimicking the grandiosity of Baroque and other late medieval periods of architecture. 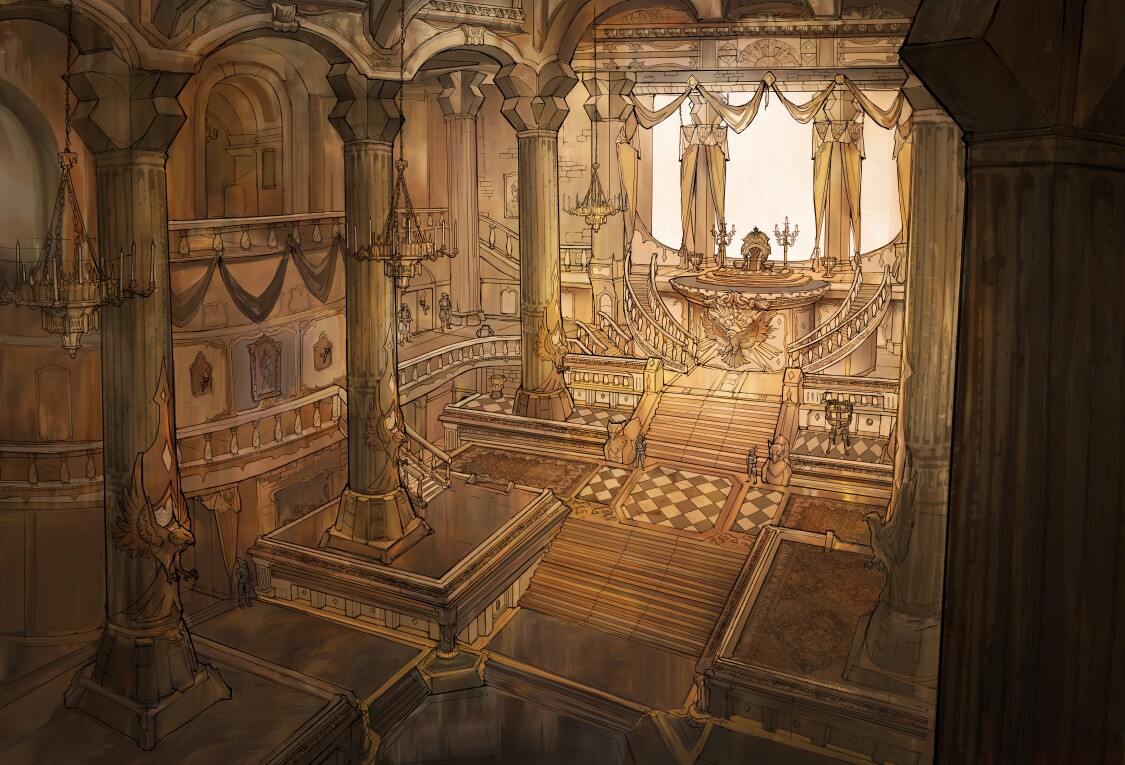 While this was good, there still needed to be one last splash of colour and contrast. The gold took away from the fact that the palace would be made of stone and that the tiles would be of more muted colours. 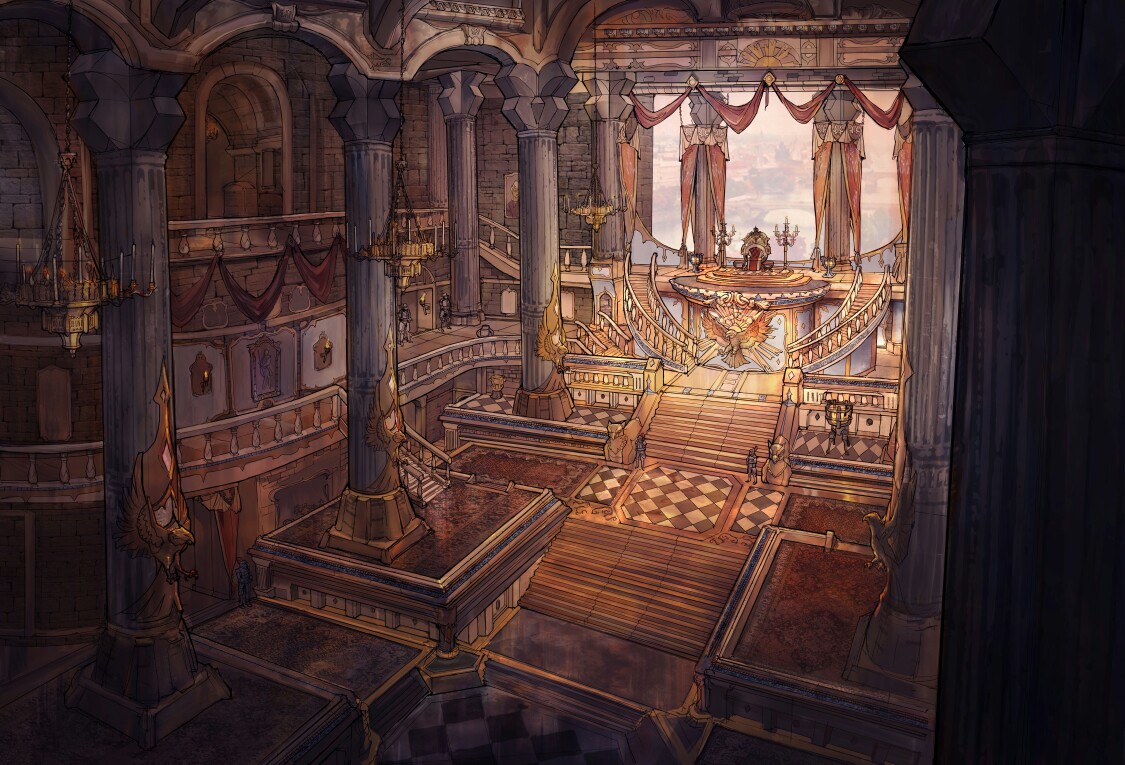 Thanks for reading and keep track of future updates by following our page! :)

Kneels down, sneakily looks around from behind glasses to check that enough Peeps might be looking, raises arms and starts Fake BeWail:
- "OooooOOooohh NoooOOOOooo.....!!"