Posted by UltimaRatioRegum on Sep 28th, 2014

Kept working on religions this week in my spare time. I abstracted out the religious-building-generation into its own function, and can now be used wherever I need it. In addition to these rare religious districts in “religious freedom” civs, I’ve also figured out how religious buildings are going to be distributed elsewhere in feudal civs (nomadic civilizations never have a state religion, whilst hunter-gatherer civs always have their own unique beliefs). There are five religious policies, and each places religious buildings differently (in addition to having other specific buffs for the player character, but those aren’t relevant just yet):

Religious Freedom: cities have a single, well-organized district for religious worship; towns will have a single random religious building chosen from all the religions within that nation. This means finding a religious freedom civ early in the game might give you a chance to encounter a lot of other religions earlier than you otherwise might.

Cultism: These civs have no religious buildings in them whatsoever, but the secretive cults (which will be making more of an appearance later) will be much more likely to have a presence around their cities/towns. Religious worship wouldn’t be banned within the home, however.

Collective Faith: I decided to make this and “Organized Religion” into opposites; collective faith religions have a religious building in every town, but only a small number in their main city. I wanted to get a feeling that this was slightly more of a ground-up religion, perhaps without too much wealth at the top, so it’s distributed well through-out the nation.

Organized Religion: By contrast, Organized Religion civs have a religious building in every middle-class or lower-class district within their capital, but no churches out in the far-flung reaches of their nation (causing those people to probably result to quiet worship, idols/shrines in the home, etc). Wanted to emphasize the centralization of this religion in this case, and that it’s a religion very focused around the nation’s capital. 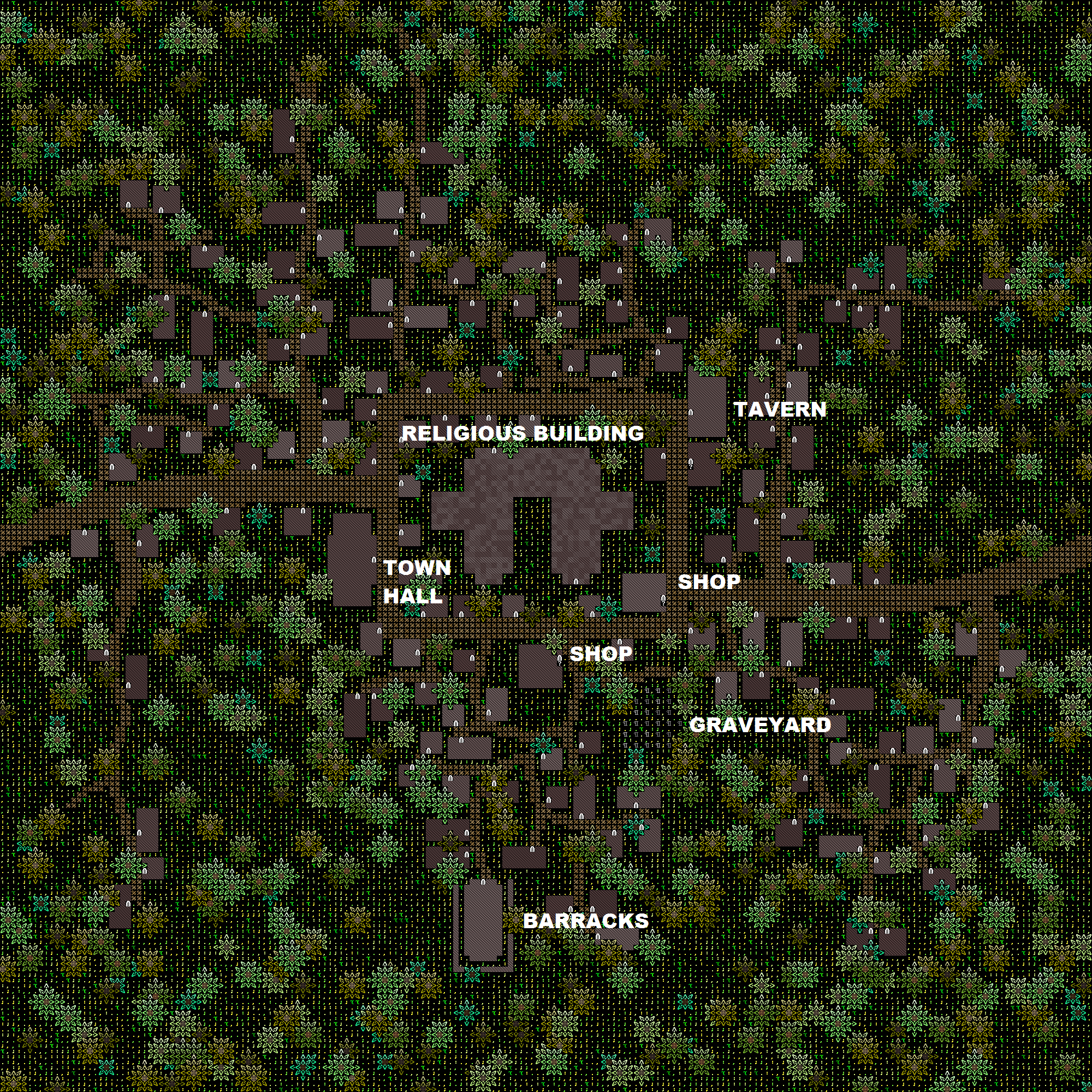 …and, since I’ve been working on it, a town in the marshland (though totally unrelated to all this religion stuff, I just wanted to show off this new and very rare terrain type)… 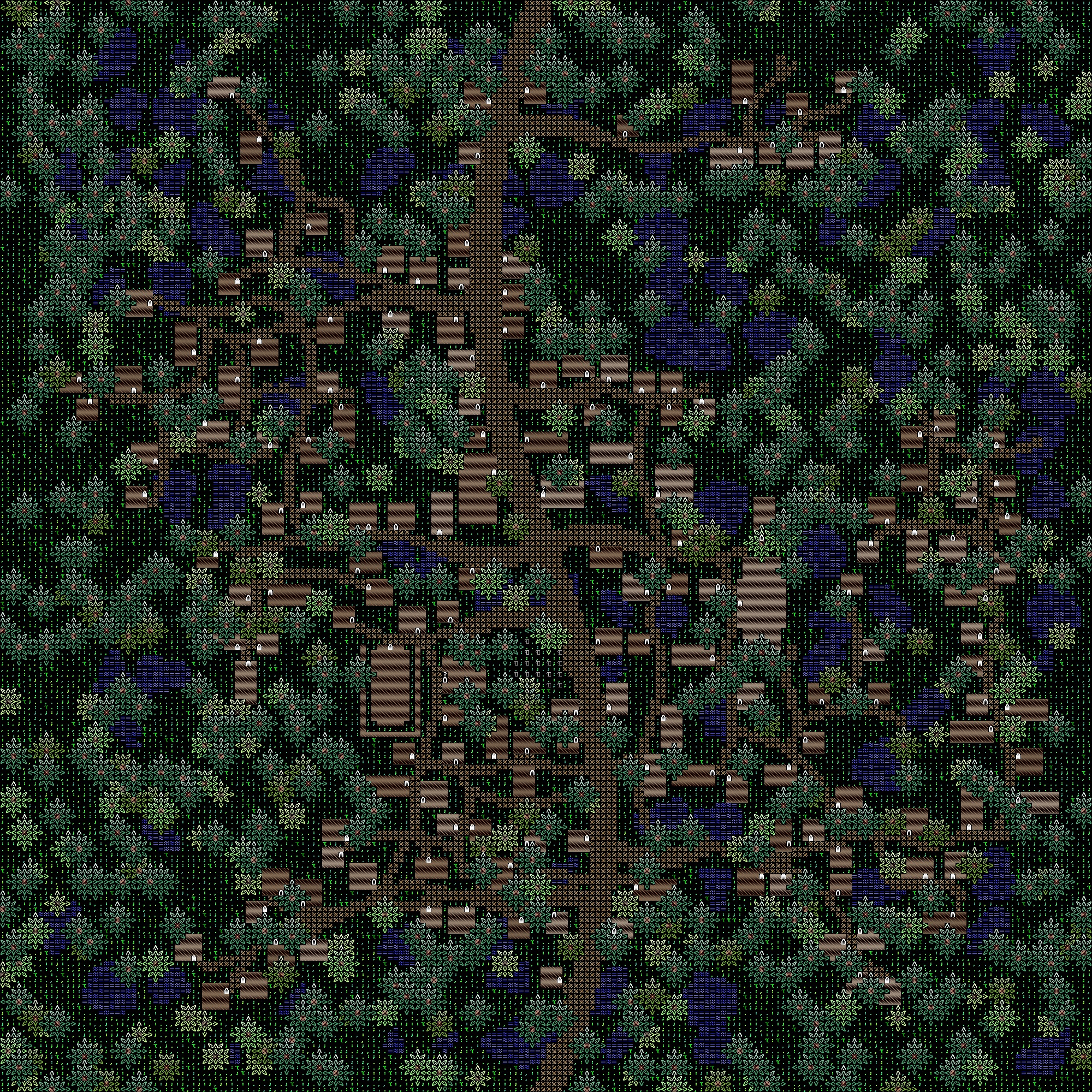 …and a lower-class city district with a religious building, a tavern and some slave quarters… 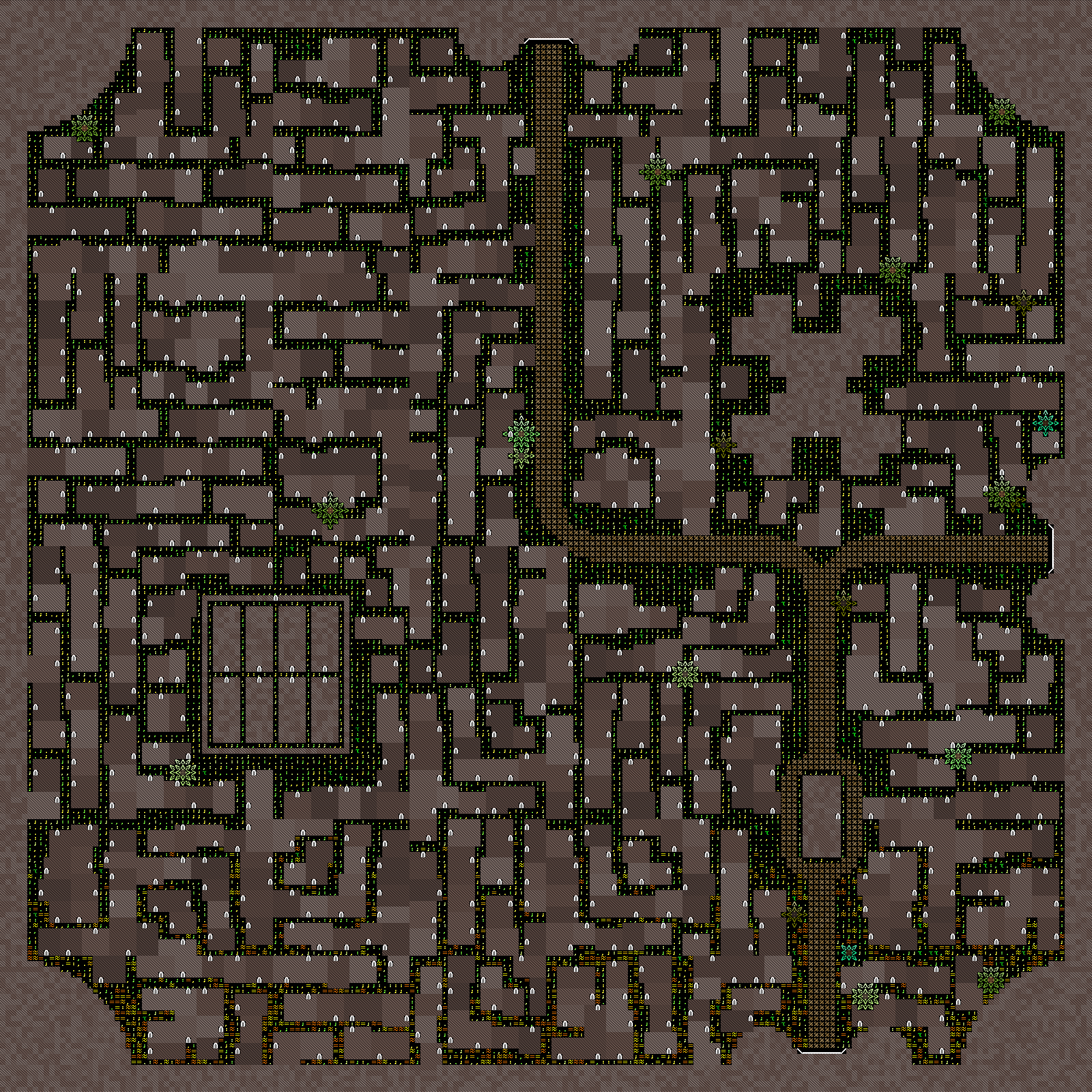 ...and a middle-class district from the same city with a park and a religious building (in this case with a road around it, and some flower/vegetable beds): 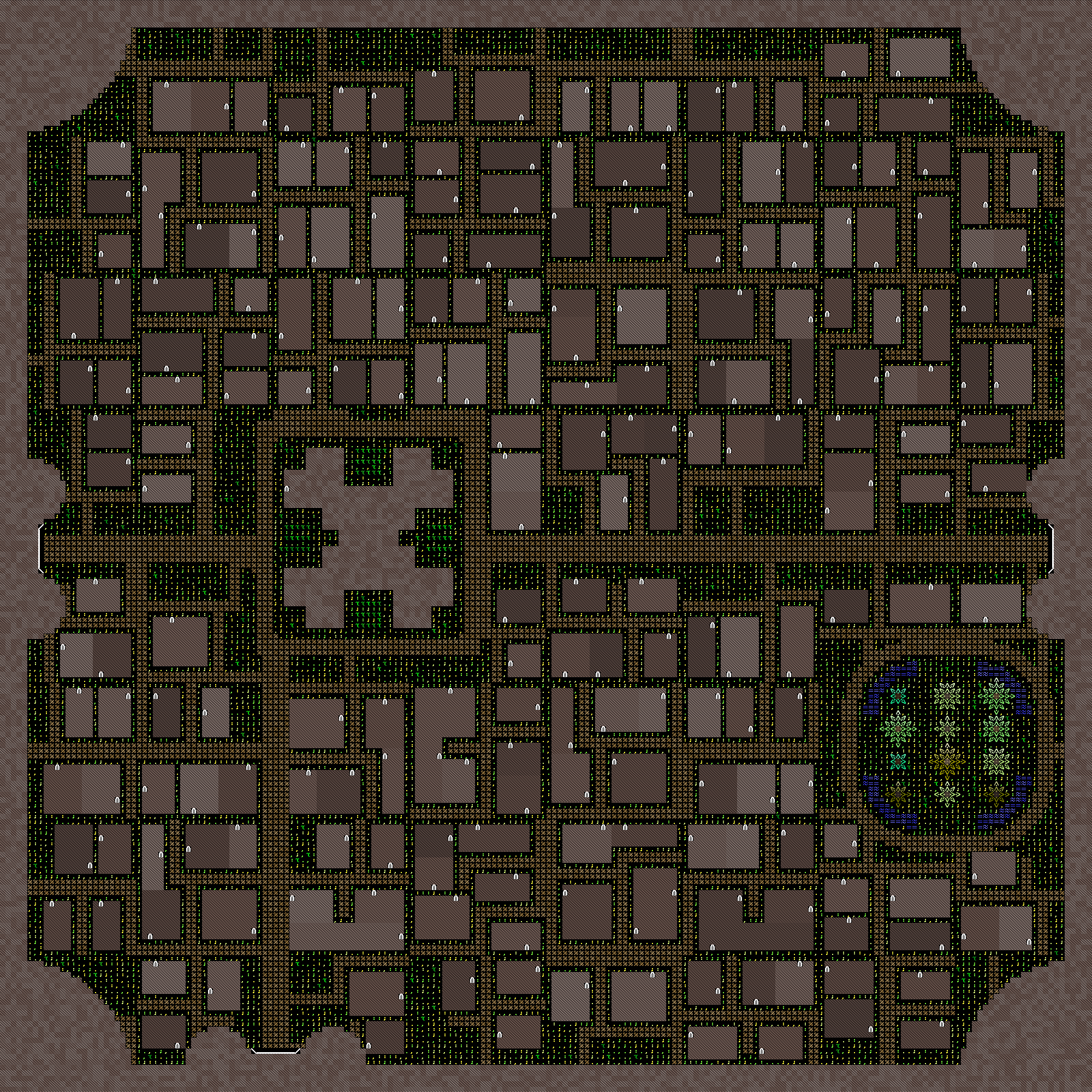 There’s also now a bunch of variables for religious buildings, primarily whether walls spawn around them, whether roads spawn around them, and whether vegetable/flower beds spawn within their walls/roads. Currently in a religious district they have walls, in middle-class districts they will have roads, in lower-class districts they will only have roads if they intersect a main road, and in towns they will have roads; they will have vegetable/flowerbeds in middle-class districts and religious districts, but not in lower-class districts or towns. This means that even though the church structure for each religion is the same each time (picked from the 1000+ variations mentioned last time), each actual iteration will always look a little different. My objective now is to finish off adding some variety to religions – in the comments in the previous entry it was suggested I add unique identifiers like festivals, likes/dislikes of other religions, pilgrimages etc, and I love these ideas, so they’re going in – then religions will be pretty much done for this release. I’ve also been doing some bug-hunting this week and a lot of bugs to do with placing city gates, handling roads and slums/graveyards, towns generating on rivers and handling unusual cases of combinations of coasts and cities have been resolved. Until next time, internet friends! Yyou can keep up to date on my devblog, Facebook page, or Twitter feed. The devblog is updated weekly on Saturdays (or sometimes Sundays), Facebook a few times a week, and the Twitter roughly daily. Stay tuned...

It would be interesting seeing a state where religions are completely banned, like the old communist states, I would imagine them being a bit similar to states with Zealotry, in regards to how they treat other religions at least.
I could also imagine that it would be able to contribute to an interesting interaction with the cult system you are planing.
It seems like it could be a fun extreme on the other side of the spectrum, as sort of an extended cultism.

Hmm, interesting, I may think about adding that! As it happens, one of the player classes (coming in a couple of versions) is called the "Misotheist" -this class bans you from being a part of any religion or cult, but you can gain stats for eliminating high-ranking religious officials or cultists, but will obviously in the process earn the enmity of those factions...