Finally, an URRpdate on generating religious buildings, naming them, and placing them in cities.

Posted by UltimaRatioRegum on Sep 20th, 2014

Managed to find time for some programming this week, as we inch towards my year of full-time development on the game. A fair bit of this time was spent working on religious buildings. I’ve been putting these off for a little while because the method I wanted to use to generate them was a little bit daunting, but I decided the time has come.

So, in keeping with my objective to give everything in the game a totally unique generation algorithm and therefore make my workload infinitely greater (and, y’know, make the game look better), I decided to try something new with religious buildings. They are created in a modular manner. Each religion chooses a unique layout for its religious buildings (and also a unique name, so you’ll get churches, stupas, pagodas, monasteries, convents, etc) and this consists of a central component and a number of peripheral parts to the building. The central part of the religious building has a number of points where extra parts can be “attached”. There’s somewhere in the range of fifty cores to these buildings (each of which will have unique generated interiors in the next version), and around fifty attachments. Some attachments can only go on some cores, so there’s a little over a thousand possible religious buildings. Each religion will always have the same type so the player may come to recognize them as the game goes on. Whereas most cities have their religious buildings scattered around, some cities have religious districts like this one: 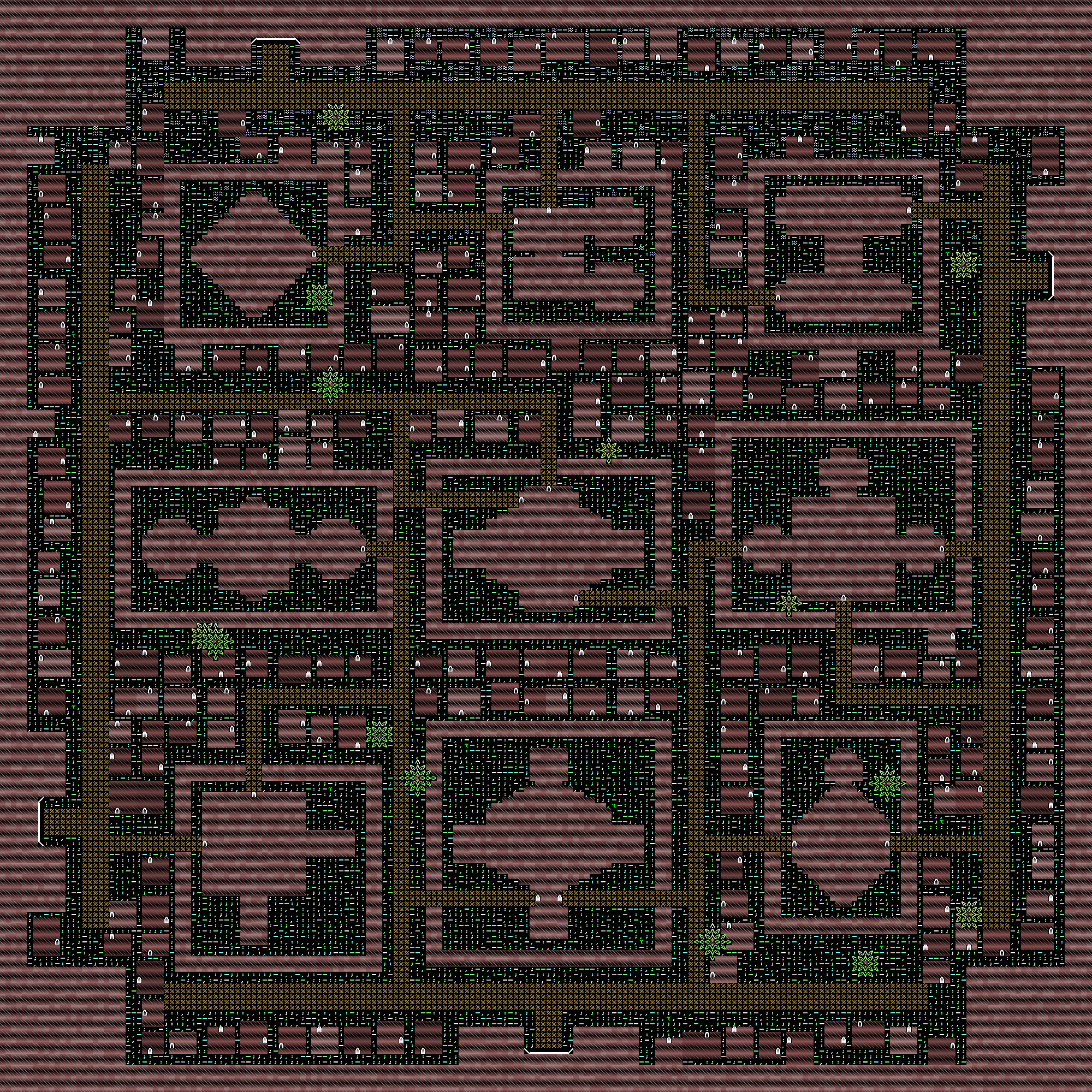 The last thing to do on religions for this release is to handle the spread of religions so we know which are represented in which cities, and therefore which religious buildings should appear where. I’ll probably implement a simple version of this for this release, and then in later versions possibly allow you to the spread of each religion on the world map, or at least give the player more information about it. I also fixed a bunch of bugs to do with roads I hadn’t really noticed before, stacked up a bunch of other things to fix closer to release, and started to seriously think about how docks were going to work before realizing I needed to do a lot more research first on how the hell 17th-century ships actually docked.

Until next time you can keep up to date on my devblog, Facebook page, or Twitter feed. The devblog is updated weekly on Saturdays (or sometimes Sundays), Facebook a few times a week, and the Twitter roughly daily. Stay tuned...