Second part of the lessons learned on our kickstarter campaign. 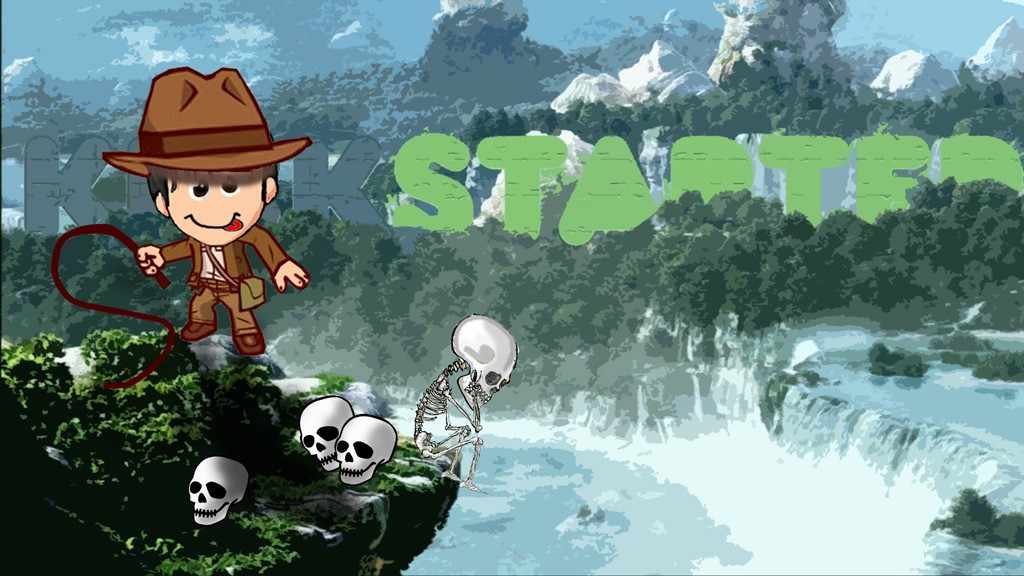 Well time for a second part of the theory of Kickstarterivity based on the lessons learned for our project
Upside-Down Dimensions’s kickstarter (http://bit.ly/18XfHQU),, or @dparente‘s quest for the kickstarter traffic.

Once you have launched your Kickstarter, your project can look like an explorer, lost in the middle of the jungle, trying to seek its treasure. But how can he, your project, succeed in the treasure’s retrieval? If he has done the right amount of planning for the expedition and has the right map, tools and instruments, then this will likely allow him to tackle the unknown, ensuring that he will be able to meet his goals.

Kickstarter is like a jungle, where everyone can get lost in amidst the projects and users. You try to extensively plan on how to approach Kickstarter, locating projects and users that could be interested. You try to create as much noise as possible to get everyone to notice and follow your project, to get it to move forward and reach the treasure.

Planning cannot be done in a couple of days. You need a long term vision for your Kickstarter project to understand correctly how it works and notice the key parameters that will make your campaign successful. Most of them are not directly related to your project.
A lot of the time will be spent not on your project, which is unfortunate. It would be spent reaching out to players, press and interested parties in just about all the possible channels. Planning is also about how other Kickstarter campaigns have done theirs. Their mistakes and successes, who they managed to get to endorse them etc…
The more you know about other people’s campaigns, the more opportunities you create for yourself, so that you won’t get lost in the middle of all the activities and decisions during your own Kickstarter launch.
While development of the game is important, you also need capacity to engage with your audience so that they will endorse the project and basically skyrocket your campaign. This needs to happen before you launch your Kickstarter. If this happens after the launch, then it is already too late.

Another important aspect of kickstarter, are the tools… Ah, the tools. You cannot go into a Kickstarter campaign without any tools; it would be like going into the jungle with a bottle of water and a small compass.
Simply launching your campaign is not enough, sure there will be some traffic driven from the Kickstarter page, but that is it. So what to do?A tool to use, are redirects.
For example, use a redirect from your website to your Kickstarter campaign, this way you can integrate Google analytics. This will enable you to understand the full scope of traffic and what is driving your campaign.
Another important tool is to research other projects before going into Kickstarter. To compare how you are performing, use Kicktraq.com. The information is not 100% accurate, but it can provide you with a dashboard with enough information for you to make decisions about your own project.

Finally another tool that you can use to benchmark your campaign with others, or to gain insight into where your traffic is being generated from, is to use shortened links. Kickstarter uses a shortlink with the following format kck.st generated via bit.ly.
By placing at the end of the short link the ‘+’ sign, you will be able to see all the main metrics associated with the shortlink and the content being referred. Below is an example from the Upside-Down Dimensions shortlink. 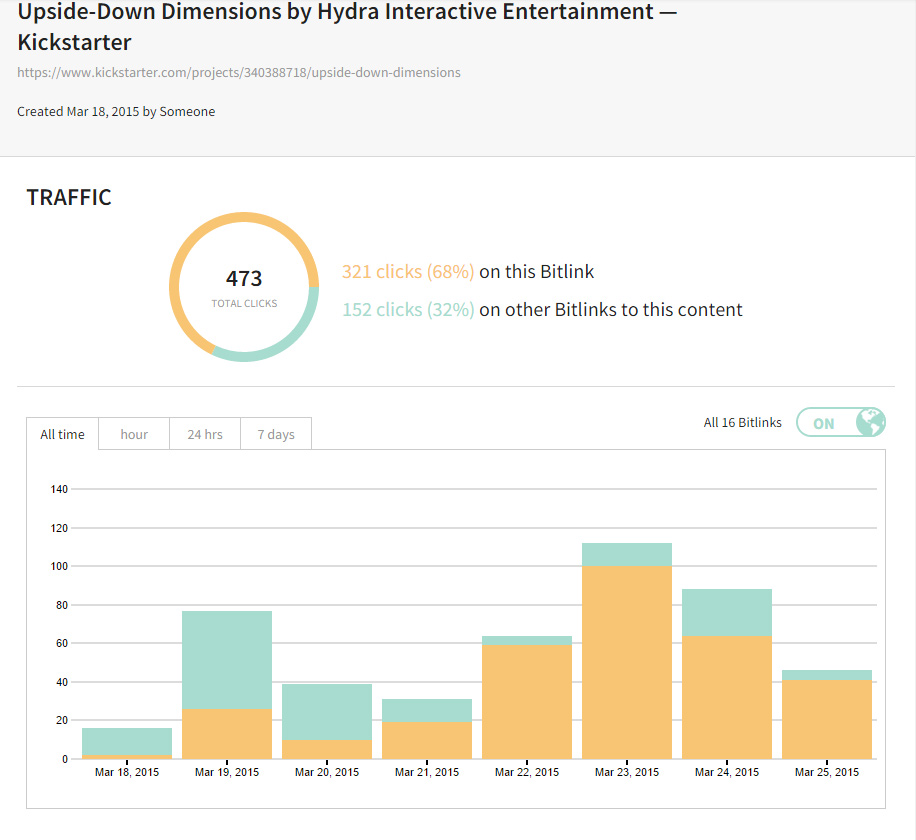 Don’t forget to support us on kickstarter, we need you Bit.ly