It is time for Nod to spread peace and love throughout the world!

Why must the world suffer under GDI tyranny? What can be done to stifle the greed of the alien visitors?

Apparently the dimensional rift once again has the answers! 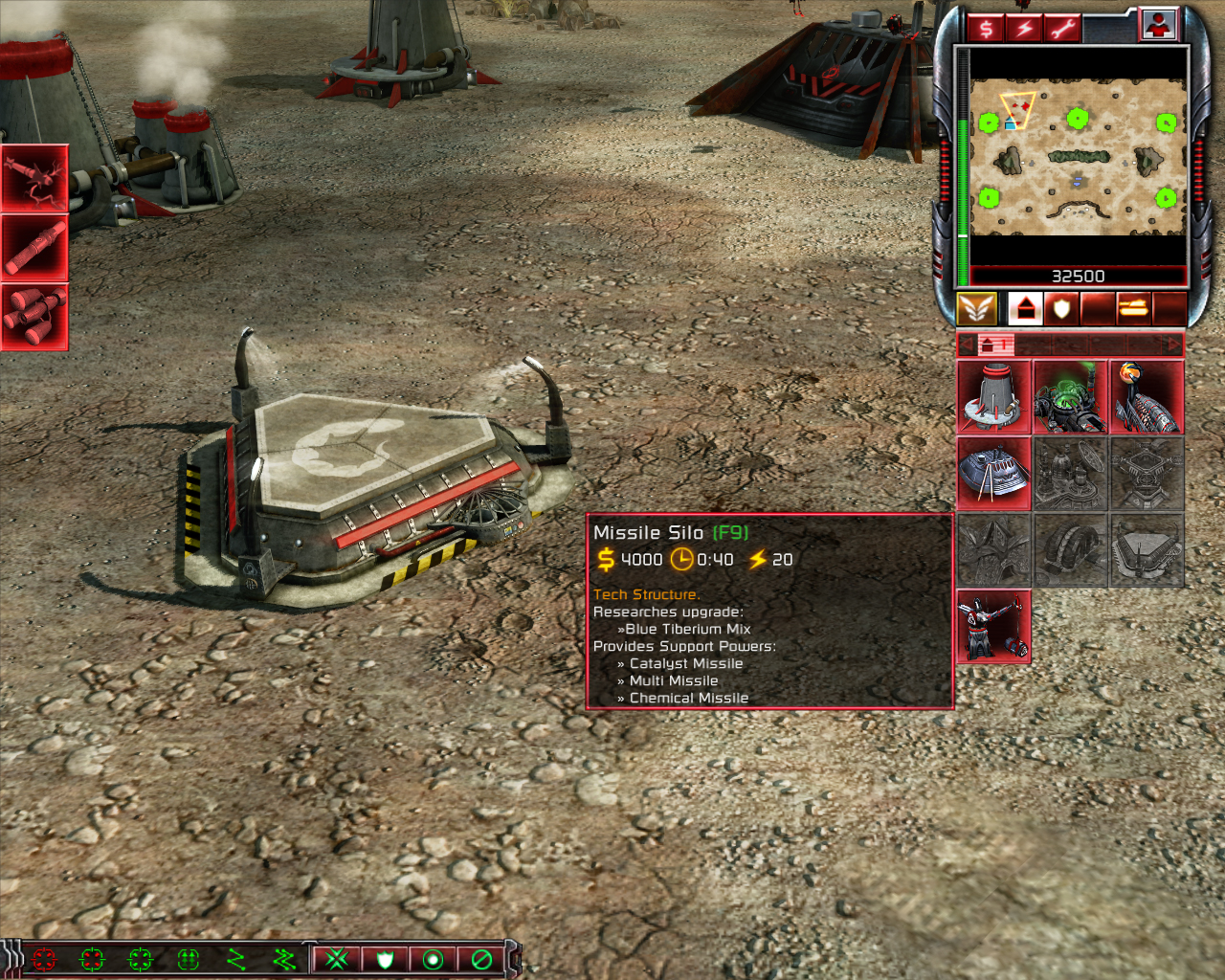 The Nod missile silo is back, which spells trouble for both GDI and the Scrin!

Let us have a look at what a typical silo has in the way of ballistic missiles.

First off is the anti-Scrin missile, which has actually proved very useful in halting GDI tiberium harvesting efforts.

GDI claim that the reason they are so active when in comes to harvesting tiberium, is that they believe that it is the fastest way to rid the earth of the 'parasite'. What hypocritical nonsense! 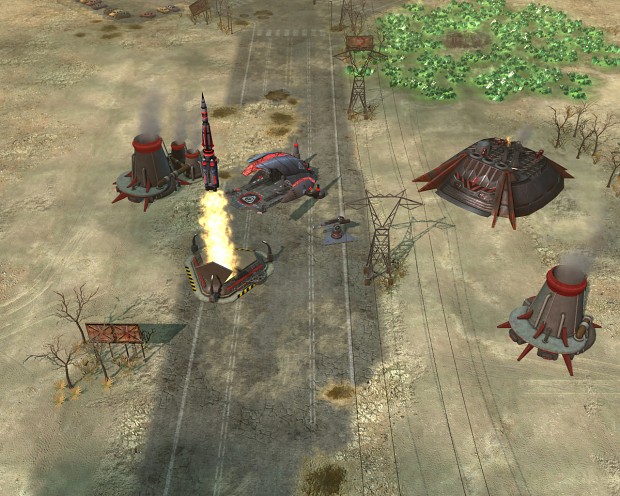 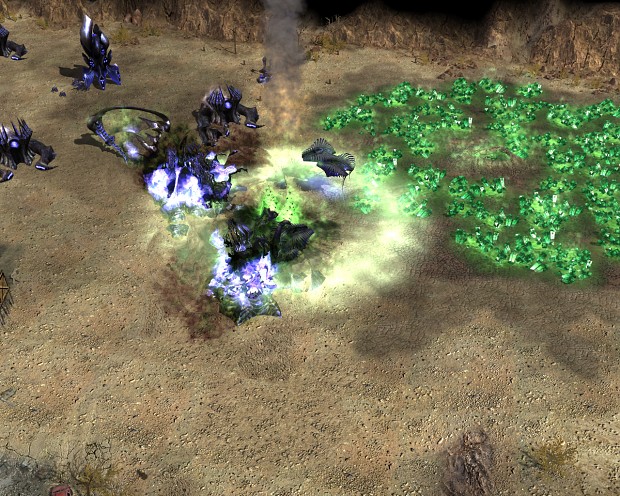 Fortunately, now Nod commanders can rid GDI of their clear conflict of interest, and teach them not to mess with the future of mankind!

Since GDI, foolishly, no longer have the Firestorm defence, it should now be much easier to remove large sections of the GDI menace via our improved cluster missile. 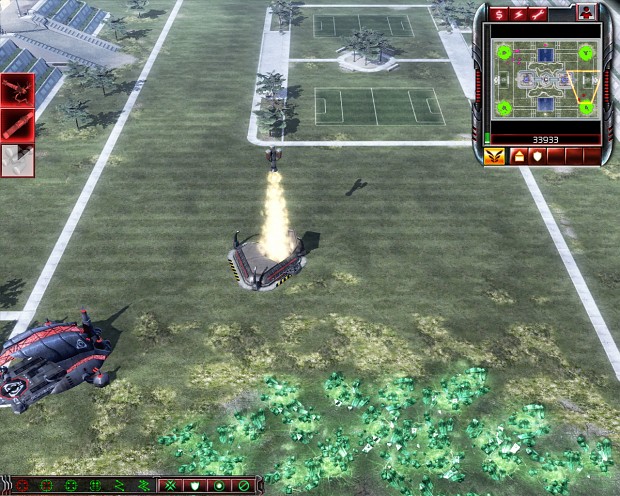 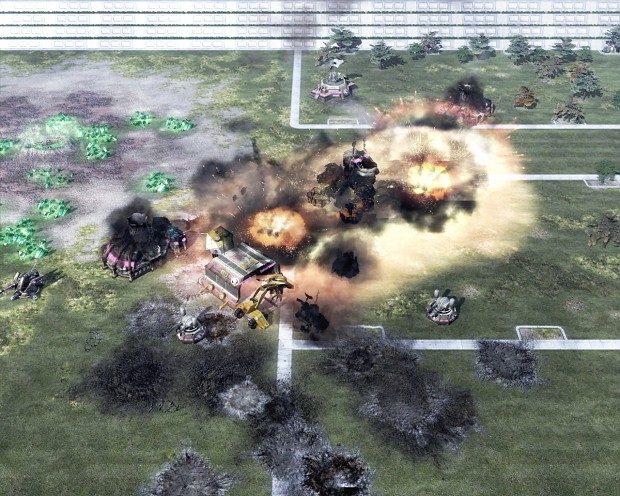 Use this indiscriminately to delete the GDI and Scrin presence from our planet!

What better service can Nod provide for the world, then by future-proofing mankind for its upcoming tiberium future!

The chemical missile will saturate an area with wonderful concentrated tiberium, which will disperse in both liquid and gaseous, form. 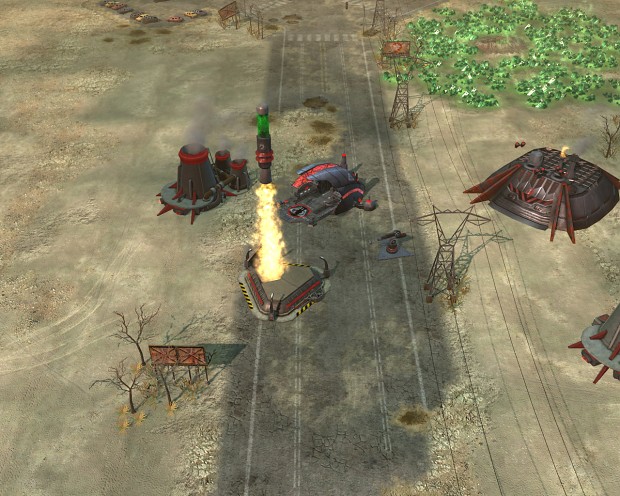 GDI have labelled this a 'war-crime', it is them that are committing the crimes against humanity, by deceitfully claiming that there is a future without tiberium, and by building their archaic 'blue-zones', where mentally deficient humans cower from tiberium, while worshipping at the feet of their tyrannical GDI overlords. 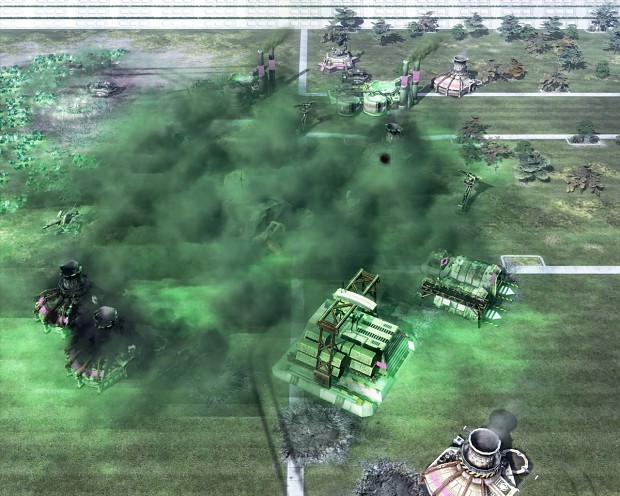 Do not fear the future, when you see the green clouds approaching, do not run. No, stop and breath deeply, look has your skin melts away, if you are really fortunate, maybe you will mutate, and become something truly useful in our tiberium future.

And if you die?, be happy that in your final moment, you got a glimpse, feel, and taste of the future, a future that you were too weak to survive in.

The underground areas that hold the missiles are now considered the safest areas to hold Nod's famous blue tiberium mix.

Has usual the blue mix is used in a variety of warheads, and greatly increases the destructive power of a commander that uses it. 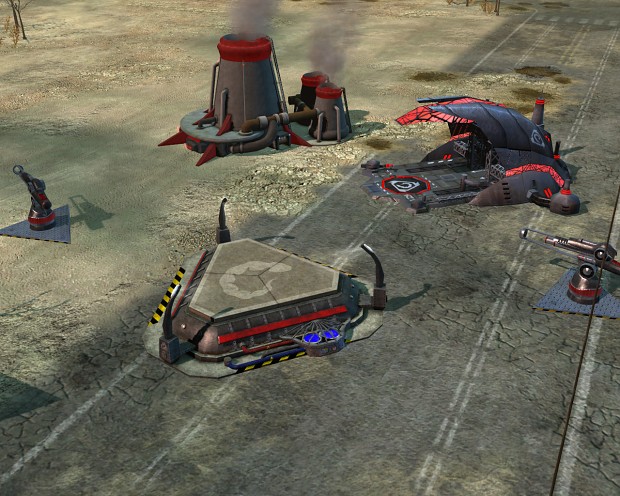 From Nod to the world... peace and love!

The Temple design was fine, its was reminiscent of TD's Temple of Nod mixed in with Ts's one. I do agree that this missile launcher fits in much more than the Chemical Weapons Plant though, its just very Nodlike and a nice throwback to TS.
Now if we could only get the TS tech center on Nod too... pretty please!!

I think you've misunderstood me, I was referring exclusively to it's silo, it's horribly low poly and felt tacked on at the last minute.

Since the Temple is limited to one, imo it would've been more fitting symbolically, if EA had given it a higher poly silo reminiscent of their emblem. Similar in fashion to the TS design.

Honestly, I would have prefered the Temple as tech center and a seperate silo like in TS.

Not to mention that the Nod tech centres in TS/TW suck, they look like a buch of random shapes :/

In fact, I would love to see Madins rendition of the TS temple :)

Actually, in TS, Nod had both a Temple and a Tech Center.

So many missiles to choose from! It's a good time to be Nod!

And each missile has it's own slot, that's why i love your stuff becauce how much attention to details you provide. I love everything about it because it's not "just another model replacement" you made it quite unique c:

What have you done ? You've ruined the original temple silo design and replaced it with this.... which is f*cking fantastic,superb,you guys have done a great job.
any release date on the horizon ?
For the technology of peace

The Technology of Peace!

Long time since I heard that again. Too long. They should have included that sentence in any high tech unit on the original TW Nod roster, but I guess they forgot it.

Absolutely awesome by Madin.... but this is something that Carnius has yet to create in Tiberium Essence.