In which Casey explains some of the elements of Jump Tanks' style and what helped inspire the game!

Between games, the most common distinguishing factor is the style. Genres are largely categorized, mechanics tend to follow a pattern - but the style of a game’s art and music tends to be the greatest factor separating it from contemporary works. Taking full advantage of the indie label, Jump Tanks is an amalgamation of artistic styles that is nostalgic as it is experimental.

Gameplay is an ambiguous concept and the topic of much debate among developers big and small. By watching the trailers for Jump Tanks, you get a pretty solid portrayal of what this game is all about. Honestly, if we could get tanks to the point where they can jump as a part of battle, mankind would be that much closer to having actual robot mech suits. The Gameplay was inspired by shooters like Gradius V with a little of Armored Core mixed in, which is visible in the moddable mech approach. There is also a bit of Jumping Flash in the game's DNA and Seko No Ronde is a huge influence. Casey has said the idea was “how can we take a 2d bullet dodging shooter and translate it into 3d and add some verticality to the gameplay?” Crazy questions often spawn interesting inventions, and Jump Tanks was no exception. 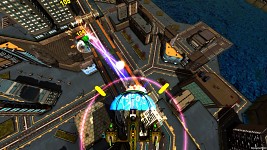 Upon entering the game, you’ll notice some pretty detailed crafting going into the most over-looked part of this and nearly any game: the environment. Each level is a megacity and looks ready for the bustling crowds… or massive, battling mechbots. From tennis court topped office buildings to submersible sky-rises, there is a distinct element of imagination that comes from a notably asian source. Such elements are rife in the influences from Capcom games and the film Tekkonkinkrete.
Each of the characters also has its own anime style that works well to bring the game together and gives players someone to identify with. Character art was inspired mostly by Yukito Kishiro, creator of Ballte Angle Alita. Rejean Dubois was the character artist. 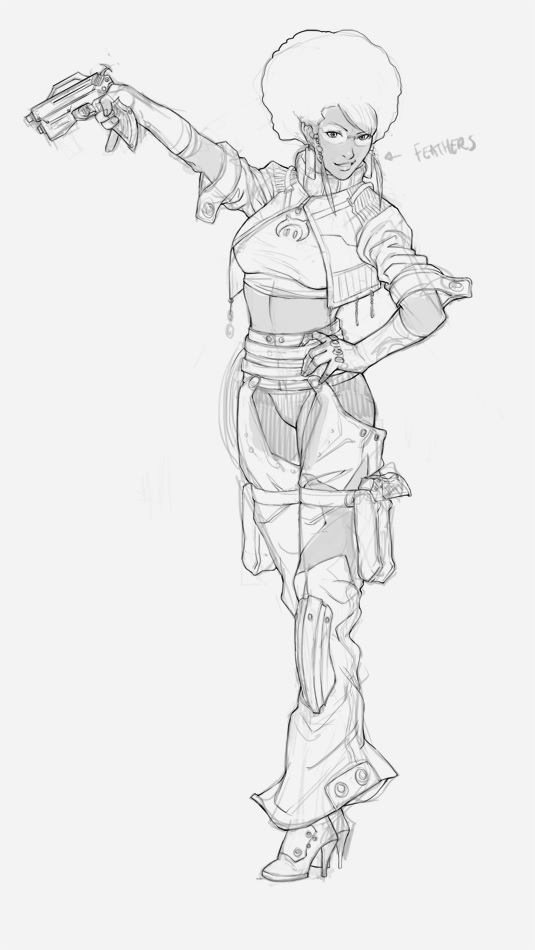 There is also a bit of Masamune Shirow influence in Jump Tanks, as well. The idea was to go for the look of manga or anime but without making things look too cartoony. We decided to do clean line work and silhouettes but with more detailed coloring than the look associated with Cel shading. It was important from the start to have a large cast of female and male characters to properly represent different ethnicities. We decided to not avoid making attractive characters but we didn’t want them to be gratuitously sexual. It was more about being honest about what we find attractive in character design and personal taste than making useless eye-candy; we want characters people can select based on how they identify rather than making the ideal expression of anyone’s desires. 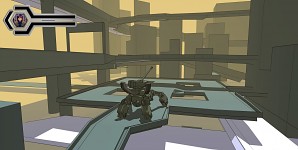 As always, Jump Tanks can’t happen without participants! If you want the exhilaration of piloting your own personalized battle machine and the thrill of intense battle, please submit your email at our pre-alpha site for a chance to get a game key! Thank you for reading and we look forward to seeing you in game!