A brief look at some parts of ASC outside of the tactical combat.

I'm currently working on the upper strategic layers of Arduxim Squadron Command. At the very top level the player is presented with a view of the galaxy with several 'sector maps' available. 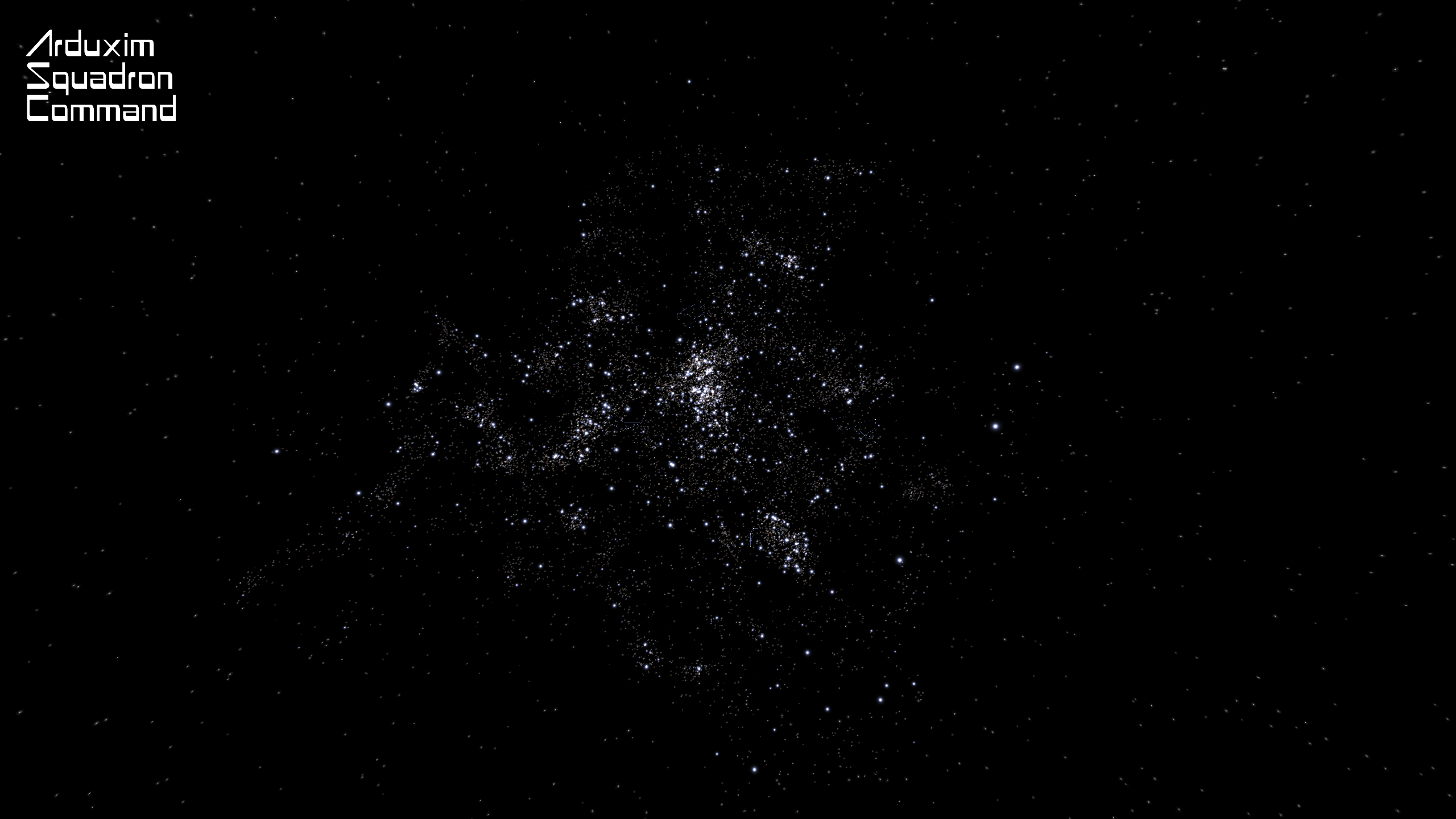 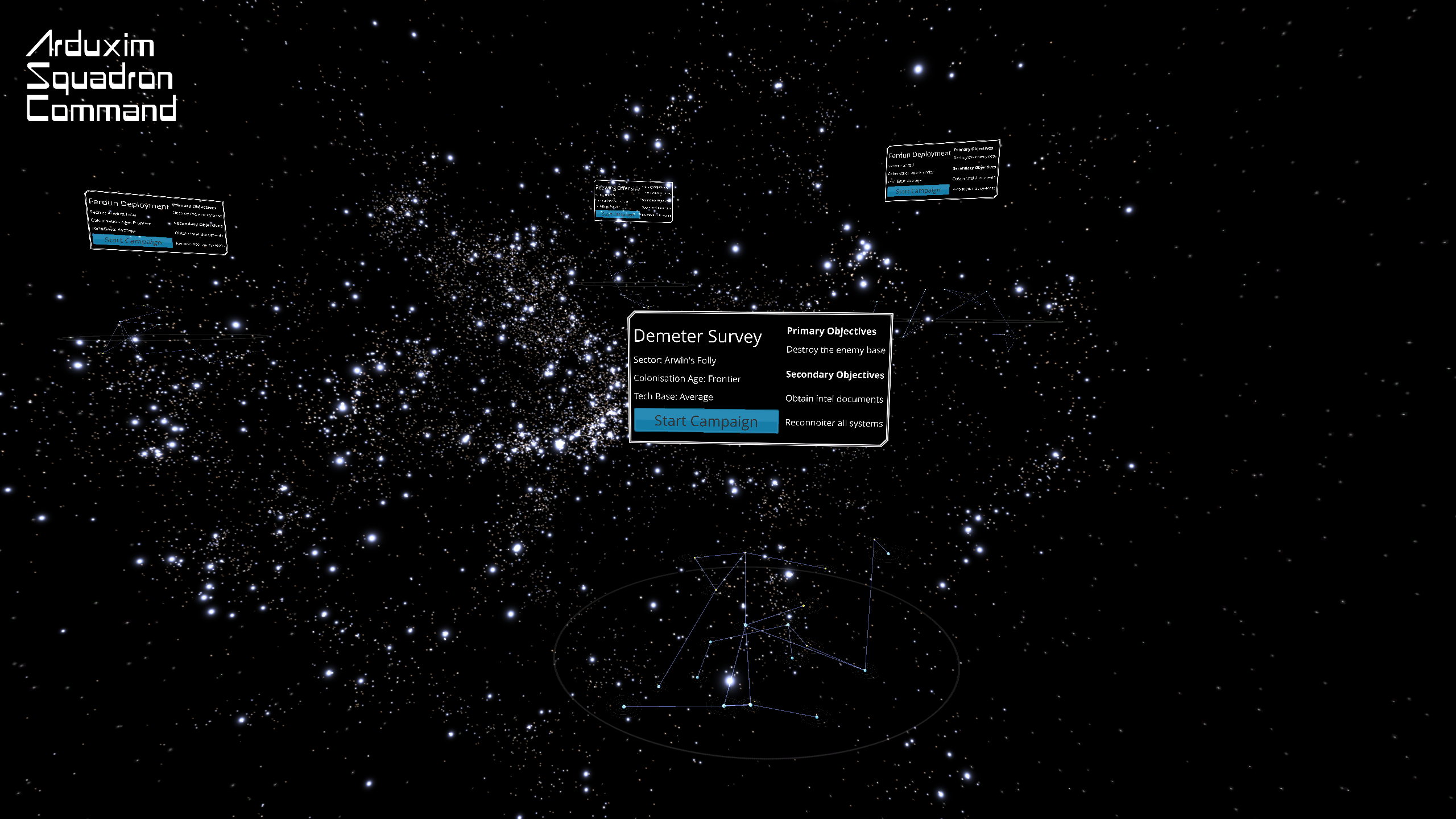 A sector map is a collection of somewhere between 5 and 20 stars which are linked by hyper gates. It is campaigns in these sectors that form the backbone of the strategy layer. My current thought is that each sector campaign will have a specific goal such as finding and destroying a hidden pirate base, reaching a distant research based and escorting the scientists back from it, and so on.

Each star has its own collection of planets, asteroid fields and other points of interest. 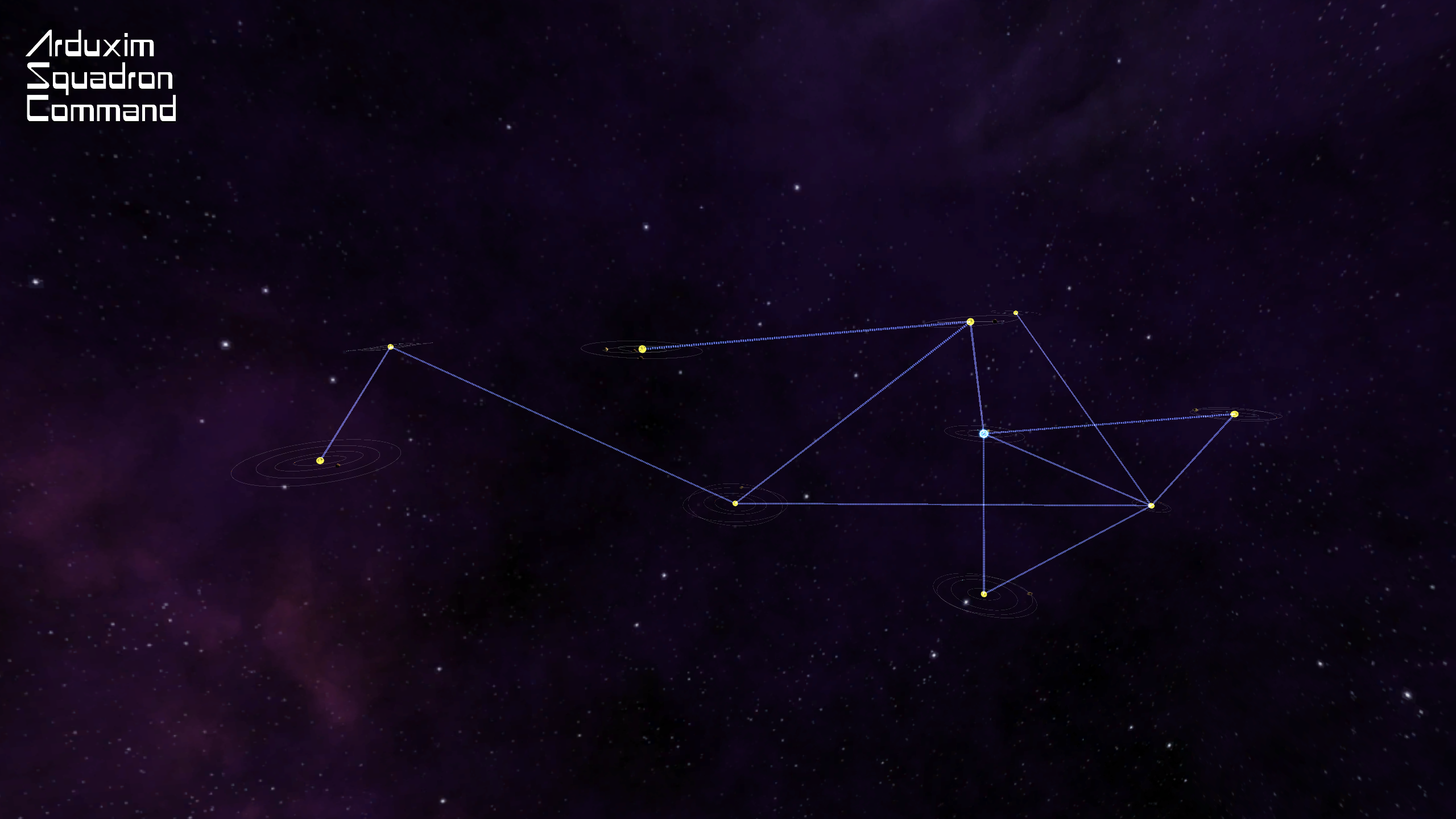 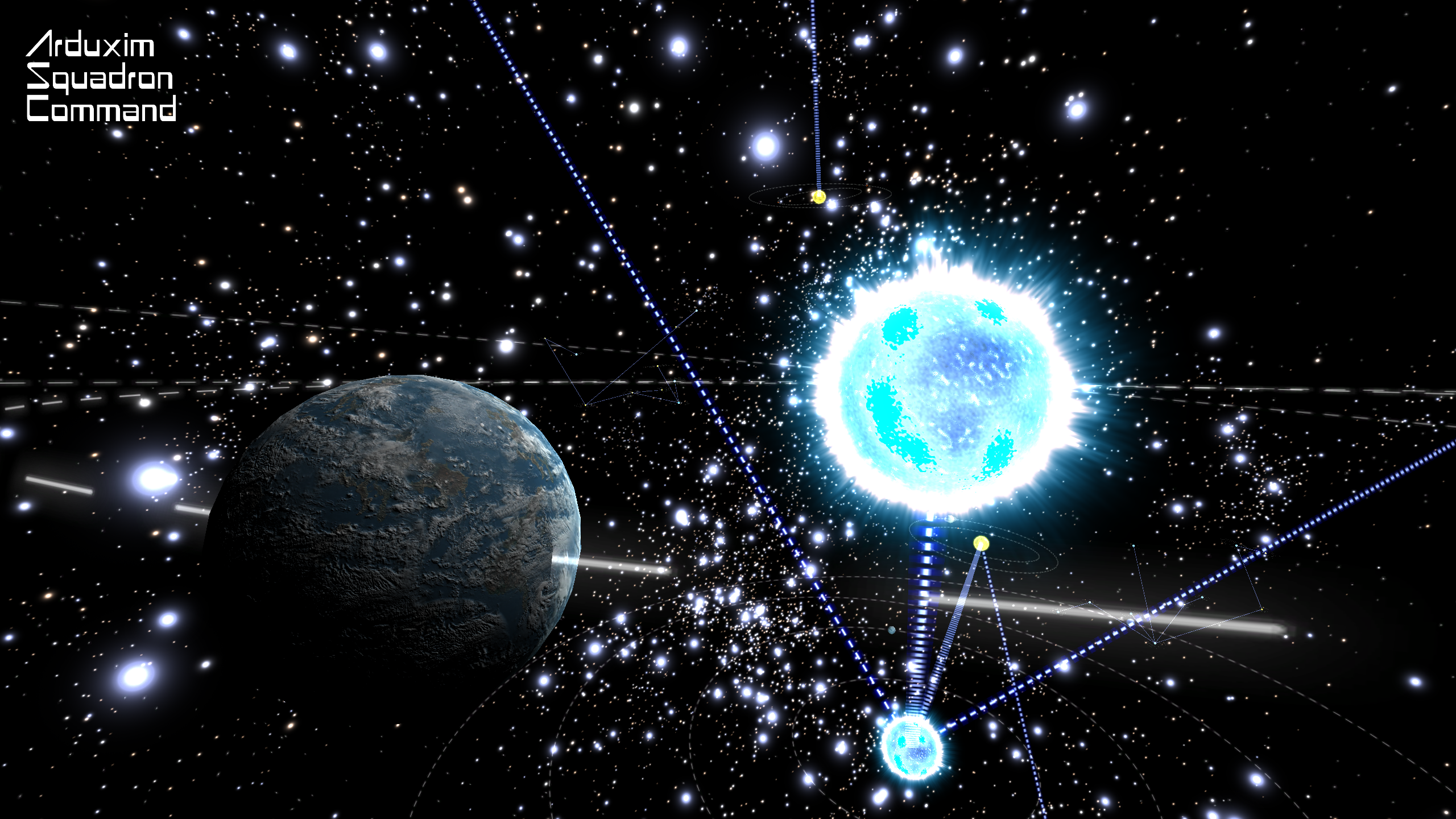 A campaign begins with the fleet arriving in a planetary system within the sector. The player then moves their fleet through each system, performing missions and using the hyper gates to jump to connected systems. Missions will play out in the 'tacscape' where the player controls individual fighters in pausable real time.

The scope within the game goes from galaxy to sector to system to planet, and in VR being able to see this has extra impact.

I haven't yet decided how the galaxy layer will link the sector/campaign gameplay. Here are a few options I'm considering. Please let me know what you think.

1. A rogue-lite where each sector campaign is one run, with some persistence between campaigns. Probably not the entire fleet, maybe just the commander (who would level up if he survives) and/or unlocked technology.

2. A more traditional strategy game design where the player retains the same commander, fleet, etc between sector campaigns and the galaxy forms the overall campaign.

With either of these there needs to be an overarching plot to tie the campaigns together and be the overall win condition of the game. The obvious one is an enemy faction that the player faction is at war with, and you need a powerful enough fleet to take on the final campaign to destroy their command structure. However it may be difficult to indicate to the player when they are strong enough.

An alternative would be something similar to Heat Signature's design, with each sector campaign being a different commander who has a specific objective (which forms the goal of the campaign) and the galaxy-level objective remains mostly in the background.

The galaxy level play could be left open ended but I feel a specific goal will give the player more reason to keep building their fleet.commander/experience.

This is still in flux and will need to be determined regardless of whether the strategy layer plays as a rogue-lite or not.