Post news RSS The story of Poltergeist development so far

Hello everyone! I am pretty sure that some of you (possibly all of you :P) Don't know much about what is Poltergeist and how it came to be. Allow me to explain then what is with the game "Poltergeist: Pixelated Horror".

Well, lets start with some introductions.

My name is Italo Felipe Capasso Ballesteros. I'm also know as Edwood Grant around the internet. And welp, this is pretty much a new page we created in IndieDB for Poltergeist: Pixelated Horror.

We are two people working on this project. Diana Esperanza Pacheco, who is an artist (also known as Okuroy on the web). And yours truly who is a programmer. Together we conform an informal development group called "Glitchy Pixel".
We have worked before on small previous project, who you may know or not know. Oh well.. it doesn't matter. 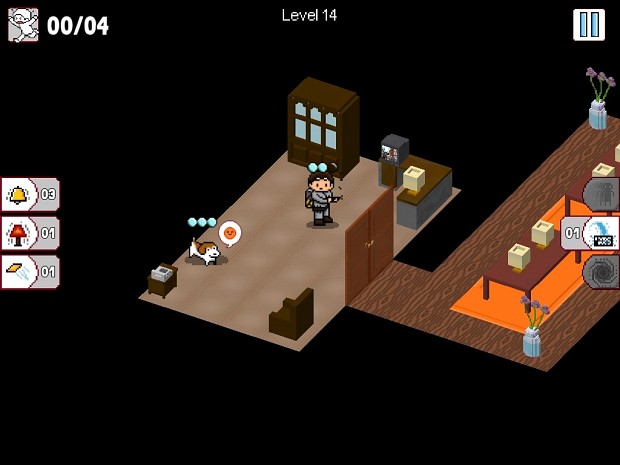 A year ago, there was a contest that begun in Latin America, sponsored by Square Enix. It was.. well the "Square Enix Latin American Game creation contest 2012" contest :D. There was a big prize pool (20.000 USD) and of course open to everyone who lived in Latin America. We are from Colombia, so we were extremely excited to work on a project to have a chance for this contest.

In a couple of months, we came with the idea of Poltergeist: 16 bit horror, in which you are a Poltergeist and wants to scare everyone away from your house. We presented the prototype, and Square Enix liked it a lot, so we ended in the top 8 finalists of the contest, in which the game went live for people to try for a couple of weeks. 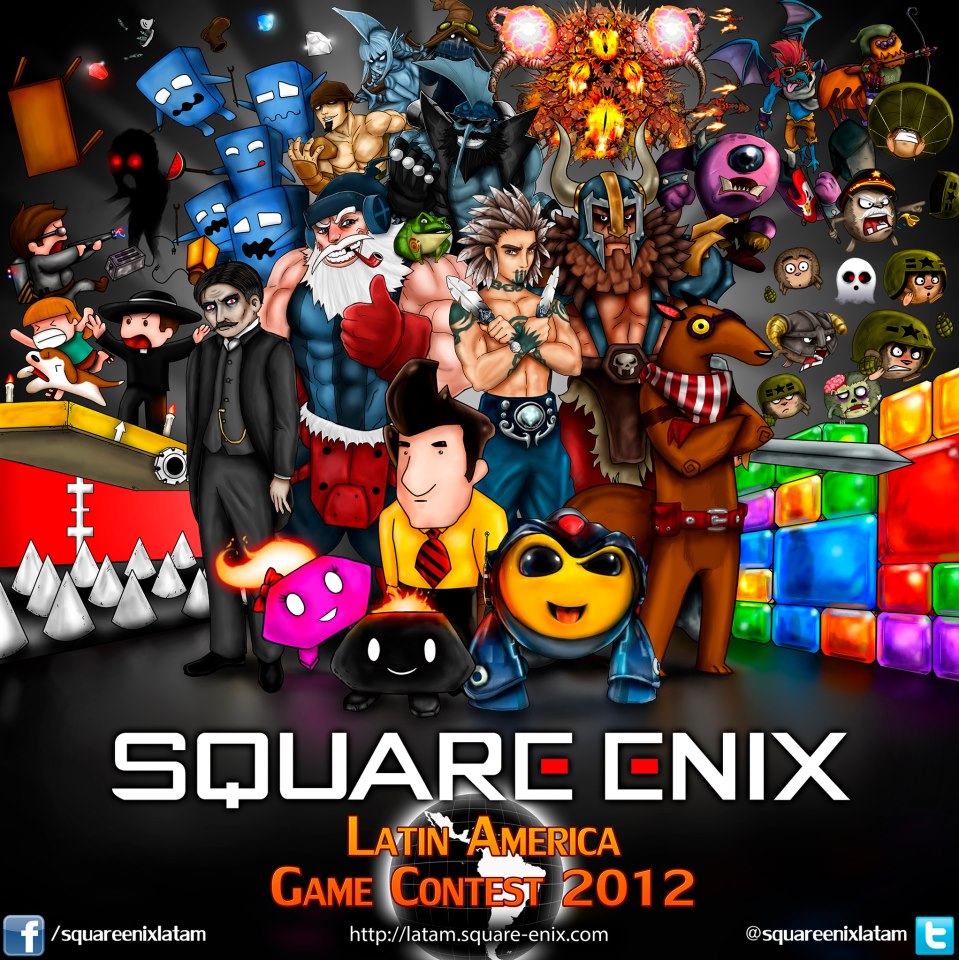 After this live demo, the results were announced. And we won the first prize! We could not believe it, we were extremely happy for it. But one of the things that was in the contract was that we could not do anything with the project for the course of eight month, unless Square Enix decided to something else with the project, in that case we would be working with them.

And so we are here, as of May 1st, we were able to work again on Poltergeist. We have created this page so we can now communicate with you about the development news about our game. We are really excited about the idea of working again in our project! 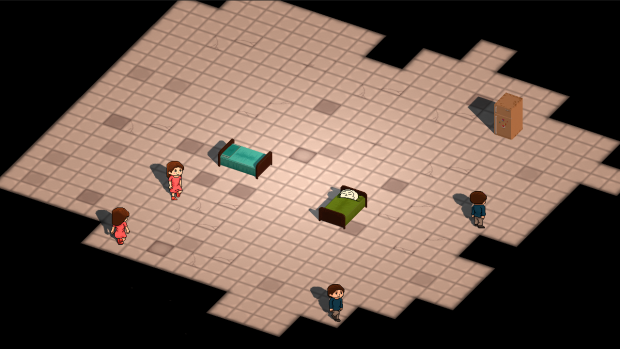 Poltergeist, as it was in the contest, was a very very early prototype. We really want to expand the game and make it bigger, prettier, and a better experience for all of you.

We are starting to move our batteries. We have of course many places for you to check out:

We are planning to keep everything (including this page) updated with all new content each week as we improve of our new take on Poltergeist. So, stay tunned for more!

Cool, is a very attractive idea *--*. sorry any typo bad english XD.I am from Latin America too (brazil). :3

How about Poultrygeist? :D

Don't tell us you weren't inspired by Haunting starring Polterguy.

(Not necessarily a bad thing - it's not like games of this kind are made too often.)

Hehe well, to be truly honest, we did not know of any game of this type before. As far as I know nether Diana nor I had a Genesis/Megadrive, so we had no idea of this tittle.

We of course felt that it had to be impossible if no one had not made a game with a theme like this before, so we searched for similar games like ours in theme... we have only found a game called "Ghost Master" for PC around 2003, a more recent one called "Haunt the House" for PS Vita, and of course "The Haunting: Starring Polterguy", which seems to be a very popular classic game :).

Although they all have thematic similarities (of course, you haunt people in all of them :P). We do have different styles when executing the theme. Our game as for now seems lot more "puzzle like". The other ones seem to focus more on action, or strategy in the case of Ghost Master.

We did play all of them though (we need to see the competition even if its old xD), and Polterguy is actually a really fun game, loving all of those effects you can make in the house :D.