Since the game appeared here in an almost-finished state, I'll do a quick summary of the development that lead here. Featuring old screenshots and mockups of how it looked along the way.

In the beginning God created the heaven and the earth, and then Steve Jobs created Adobe Flash, I think? And then Craig told me he was scrapping everything to start over from scratch in ActionScript3, and then the game sucked and was abandoned, but later development resumed, the gameplay was changed entirely, three times (from none to bad to decent), and now here we are. I may have also had an unrelated nervous breakdown in the middle of that.

Here’s a look at some of the early mockups and versions of the game! 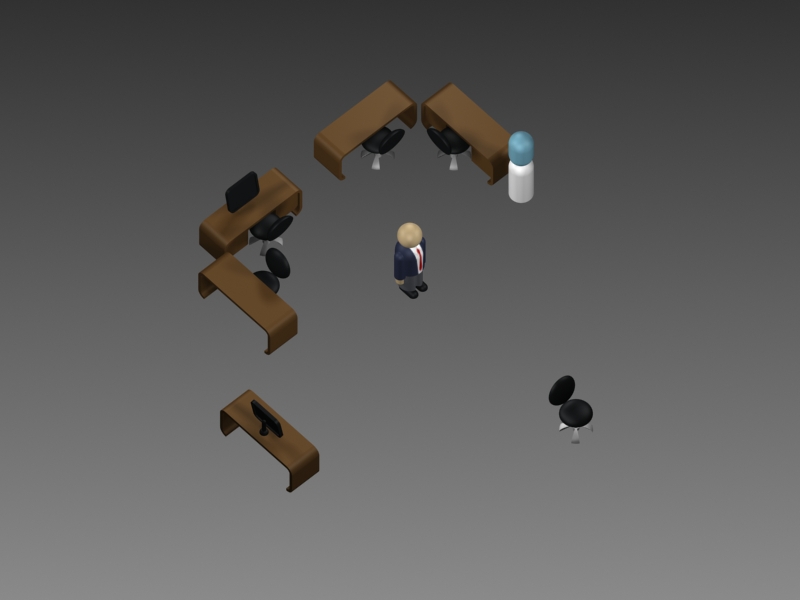 First ever render of the 3D primitive "toy" world. The idea of reducing an office to a friendly playset. 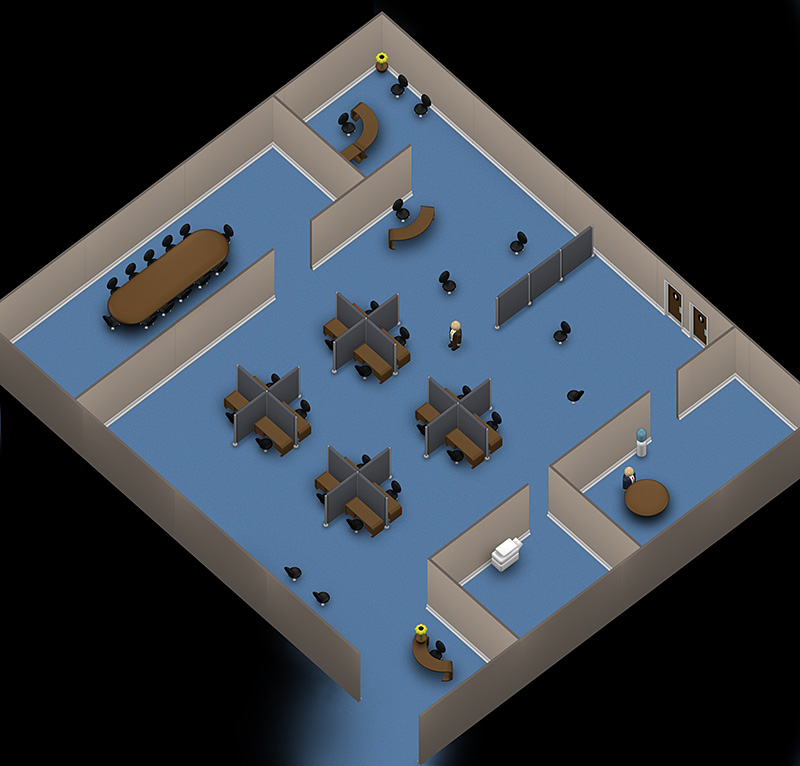 Laying out the TOP Plastics & Fittings office. I knew I wanted a large "bullpen" area where the different departments would interact easily and run into each other a lot, but it didn't occur to me to not give them all cubicles until later.

Really the art style is the one part of the game that was successful right from the start and barely changed from the initial idea. So good job, me. 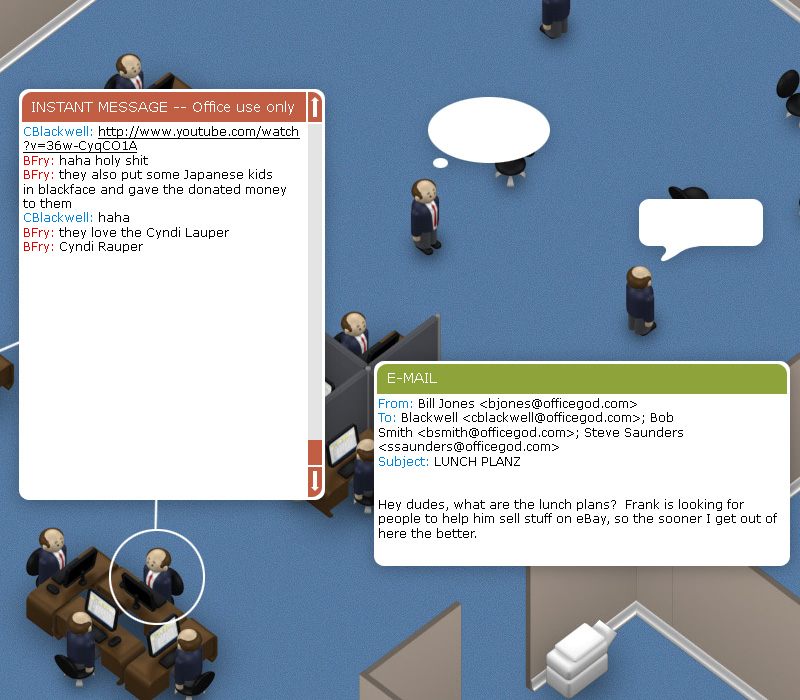 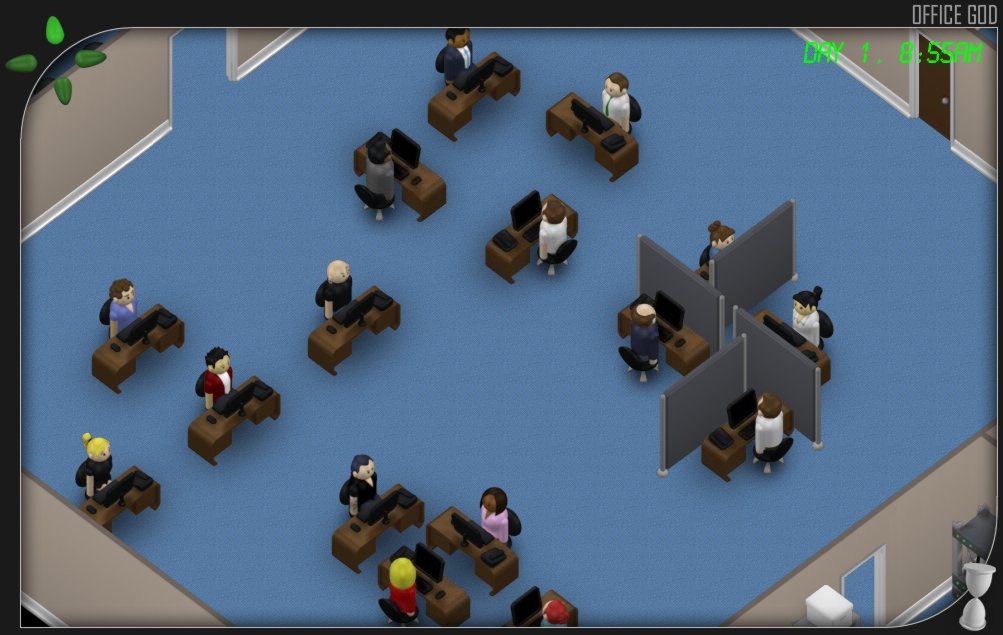 Here's a screenshot of the office almost completely populated with characters, running in engine. We can see lots of changes to the engineering department occurred after this, George Muir and Duc Ho being placeholder guys at this point. And Dennis Knight wearing a suit?! Haiying Chen in sales?! Crazy. The blonde woman in marketing got cut from the game completely. The art department remained intact from this early look, which is a good indicator of where my personal interests lie. This paragraph will make sense only to people who come back and read it after playing the game for a bit.

Notice there are no folders of work on the right hand side of the screen. That's because the first incarnation of the game had NO WORK. Instead you managed the office through email interaction only, dealing with the problems between the employees as they arise. It was supposed to be a "game" that you played very slowly and in pieces throughout the day. Answer an email and then flip over to a different browser tab for an hour or go back to your regular work. At one point I even wanted the game characters to email you a real email that coincided with the in-game e-mail. The line between game and reality not just blurred, but erased! Forget video games promoting violence, how about video games causing people to quit their real jobs! Would Office God forever turn video games on its head, creating 1980s-level Dungeons and Dragons style panic in popular culture, daytime TV hosts wringing their hands about people no longer understanding the difference between office reality and office fantasy?

No, everyone who tried it hated it. Total failure. People would answer an email, see no immediate result, and wonder why they'd have to wait an hour for the next small piece of activity. Meanwhile, around this time Farmville had 100 million users featuring gameplay about waiting for plants to grow. It was then I realized the world was either unfair, or I didn't know what I was doing.

Office God was abandoned, experiment over.

RESURRECTION and INTRODUCTION of "WORKLOAD GAMEPLAY"

...then the game was revived and I convinced Craig to help me once again, this time putting some "gameplay" into the game! More on that, next post!

(this is a look at the original gameplay, long gone now)