Post news RSS The Spatials version 2.3 has been released!

New campaign missions, new bounty missions, officer vitals and sickness, new management tools for resources and production, new mission rewards with quality and difficulty levels. We are approaching our final stable version and on track for Steam in 2015!

The Spatials version 2.3 has been released!


Our new version is ready for download! This release includes most of the remaining content before the final release plus many other changes: 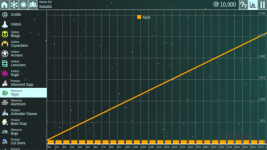 New graph reports screen that shows the evolution of visitors, stocks and credits over time. 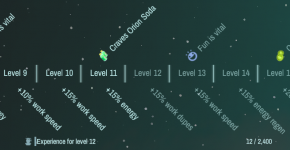 Level progression for officers. They will be able to earn experience by working in the station or by killing enemies while exploring planets. Each level will award a random bonus to the officer, both to their combat stats and to their work efficiency, and sometimes will also make the officer tastes and needs more sophisticated. 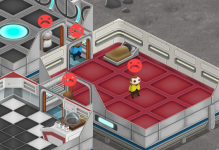 Planets outside the 30 campaign missions now feature a random bounty, centered on enemy slaughter. They use the same graphical resources and content generators as the campaign. Try your combat prowess! Bounties also award guaranteed but random high quality items, and include a guaranteed high quality boss as part of their objectives for even more loot.

Check our game guide for the full listing of changes and new features. There will be at least one more alpha release before our stable Steam launch in early 2015.