Strange alien races, floating continents, and star-destroying weapons! We've been busy the past two months and there's a lot to show for it.

A strange new Star Ruler 2 update is attempting to make first contact with humanity! As always, read about some of the highlights here, or scroll down for a full detailed changelog.

This update brings the introduction of 7 distinct races to play as, each with their own different lore. Alongside the Terrakin, sporting the regular Star Ruler 2 gameplay you're used to, the 6 other races each have their own unique gameplay elements to contest with.

A race of sentient flora, the Oko construct organic ships held together by Sinew. Their population does not live in cities, but instead overgrows the planet they are on as a whole.

Hoonan ships and settlements are all linked to a massive information network, requiring them to construct Mainframes in space. Fleets fight at increased strength near mainframes, but become significantly weaker when fighting far away from one.

The Feyh have a long tradition of worship and sacrifice, and must construct Altars to keep their population from becoming godless. Altars sacrifice the resources of the planet they're built on, but allow the feyh to live on their planets in greater numbers than any other race.

All the Mono were once a single mechanoid intelligence, stranded on a planet and with no memory of its creators or its purpose. Mono population must be constructed using labor, but does not need food or water and can freely move to other planets through hyperspace, without the need for colony ships.

The Saar are a race of missionaries, spreading their message of peace and acceptance to all who are willing to hear it - and some who are not. They can construct Star Temples, allowing them to convert the population living on nearby planets owned by other empires to their religion.

Fleeing the destruction of their homeworld's sun, the Nylli now consider themselves children of the stars, living in giant motherships and orbital habitats around the planets whose resources they exploit. 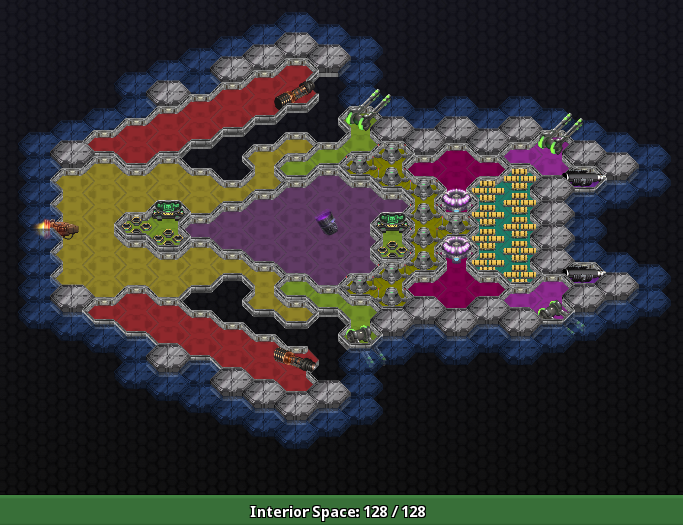 This update adds a bunch of new subsystems, including the Cloaking Mesh and Muon Cannon. The ship designer in general has also been updated to use limited interior space for your subsystems. 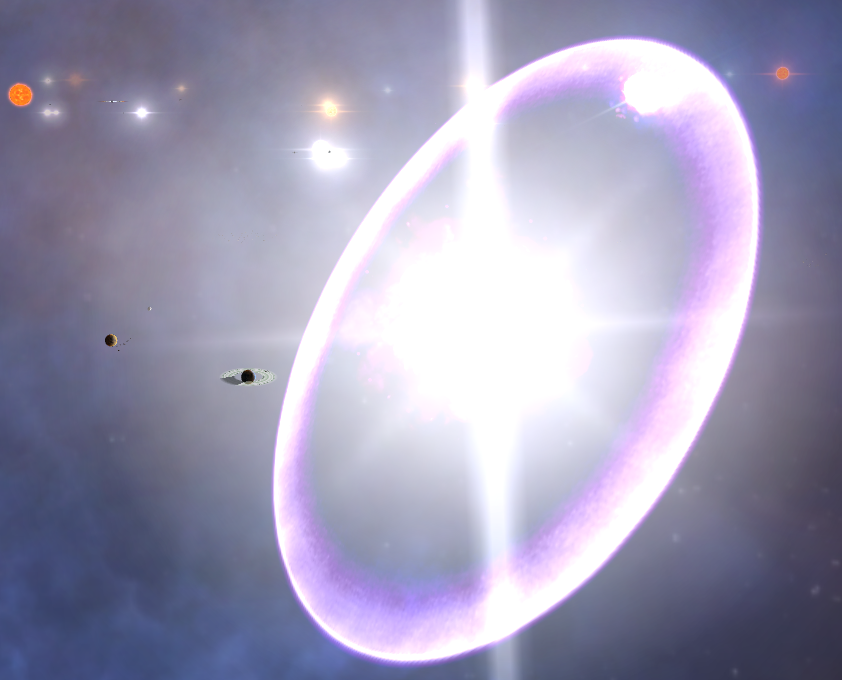 Using the new Graviton Condenser subsystem, you can now damage and eventually blow up stars and planets! Make sure to get out of the blast wave quick. though. 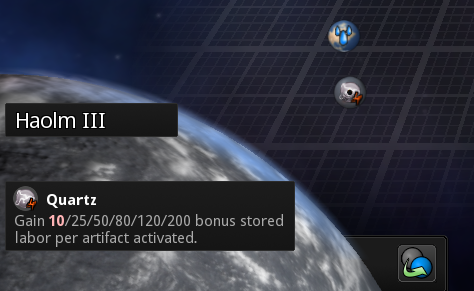 Planets can now go up to Level 5! A number of new 'scalable' resources have been added to make use of planet levels, find them and level them up for many useful benefits. 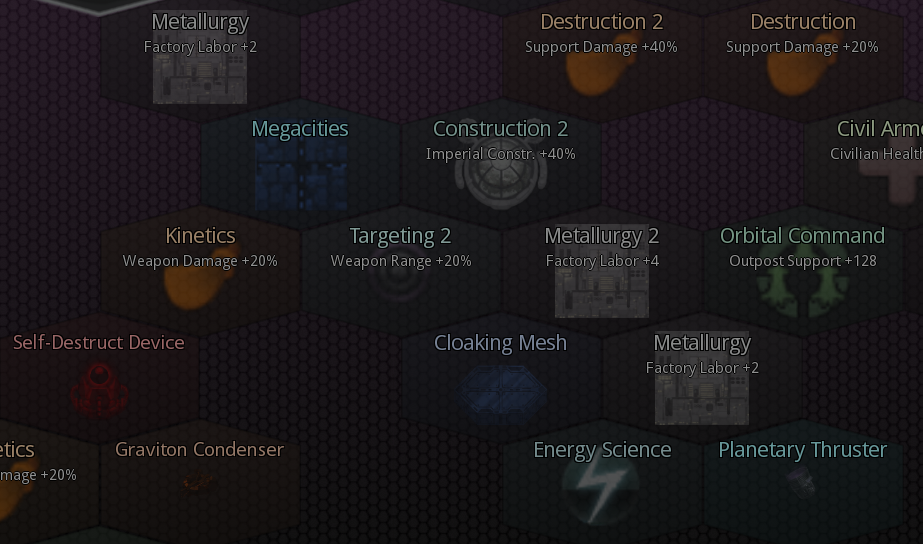 The research grid has been redone and expanded with new technologies and unlocks, now giving you more choice of which direction to take for your empire's technological advancement.