Pushing the code to it's limits. Seems that it's quite limited.

After building a huge block of code it's natural for a coder to push it to it's limits. For traditional algorithms a huge random sequence of data can be generated to see how well the code performs.

So here I am, I've added my 3 new enemies, projectile objects, effects, particles you know, the basics. So now I have a total of 4 enemy objects that only exists to kill you. I've added 40 of each to the level, thus a total of 160 objects. Probably ~10 fallen out of the level because I don't have a proper placement code. 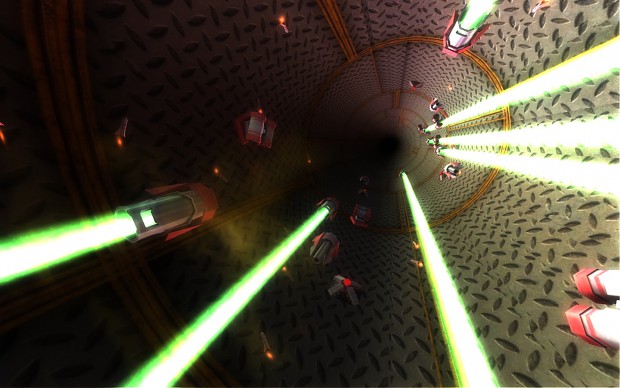 How well it performs? Well that depends on how clustered they are. I've made sure that they are quite indeed clustered some even pushing each other through the level itself. The game runs well until you reach them. When they all start shooting and targeting you the frame-rate goes below playable levels. However there aren't any other problems at all. The game remains stable. After the player dies and all the projectiles and particles are destroyed the frame-rate jumps back to normal.

Obviously after this test I was thinking of ways on how to improve performance. Unfortunately it can't be helped. The whole thing just adds up and makes the game run slow.
- Collision code has near linear complexity, unless all objects are extremely close to each other.
- AI code is run only in intervals.
- Unused stuff is unloaded, instances are destroyed.

What else can be done? This is the best game maker can perform. Obvious performance issue is the interpreted code not to mention that the game runs on a single thread. This can't be helped.

What I can say is that it's good enough for this game and ultimately that's all that matters. 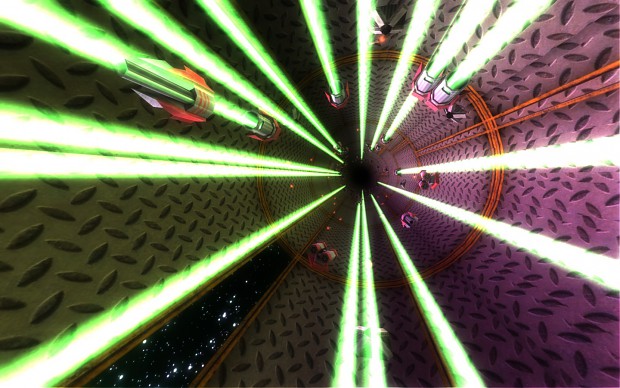 All of these shots were taken after getting pwned. I've also wanted to capture the plasma rays that have a devastating effect on your ship. I really wanted to make them pink but I'm leaving them green for the moment. 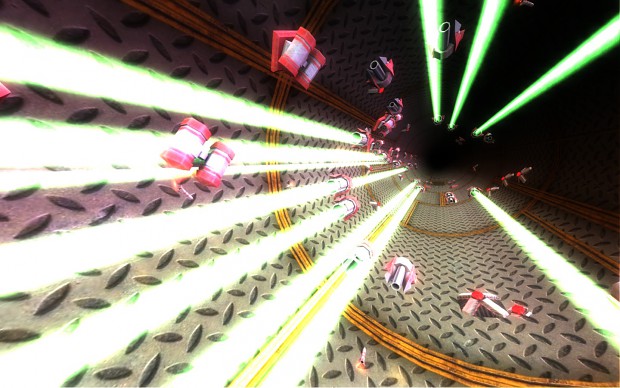 And if you're wondering whether you can escape these, moments before the devastation a small red laser is traced. I must say it's extremely scary. 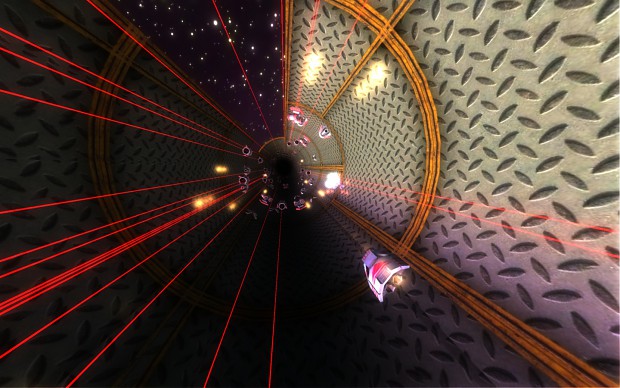 In other news a playable alpha of The Skytunnel might come sooner than the 17th of February 2011.