In this article we present our employment of the 'Design Pillars' for The Sixth Sun, setting the game's intended experience and core ideas.

When developing the concept for The Sixth Sun’s gameplay, the team employed the Design Pillars approach described by Max Pears in his “Design Pillars – The Core of Your Game” blog post. This way, we set the intended experience for the players, with every change or addition that is proposed being evaluated according to how well it fits with the laid-out experience.

This method was used to guarantee a clear vision for the project, as in the beginning of development excitement can lead to the suggestion and commitment to mechanics that will turn out to be problematic too far ahead in the project. This was important to layout as soon as possible since this was a project with deliverables set as far ahead as a year, and it was considered paramount to maintain a steady flow of development without losing the intended game feel along the way.

We knew from the start the game was to be a retro first-person shooter inspired by the fast-paced nature of iconic 90s games such as DOOM (id Software, 1993) and Quake (id Software, 1996), and we also wanted to somehow incorporate the Aztec mythology – prevalent in the narrative – in gameplay features as well.

Through all of this we wanted to present an experience were the player felt powerful and capable of taking on a horde of enemies while at the same time having to be methodical not to be overpowered by them, whether by efficient use of abilities that power each other or by enhanced movement that allows evasive and offensive maneuvers in the battlefield.

So, through these intentions we set up (and built) The Sixth Sun’s Design Pillars:

The player – character – is a very capable fighter blessed by the gods, able to take on the monsters that await them in their journey. While their relative power may fluctuate in certain conditions, they must always feel that the combat abilities that they have are enough to carry out the task of defeating their opponents.

The player must be able to use the environment and layout to their advantage, as a way to control the hordes of enemies and to protect themselves from being caught out by more long-distance threats (while closing the distance between them). They must understand that the environment can be one of their weapons as well.

Stopping is dying. The player is alone, they must not stand still else the horde will consume them, having to use their enhanced movement to even use the enemies themselves as a platform to move on. They must be able to avoid direct contact with the horde while at the same time being able to maintain a close enough range to damage it with their shotgun. No ability – from the player or from the enemies – is to affect the player’s movement. 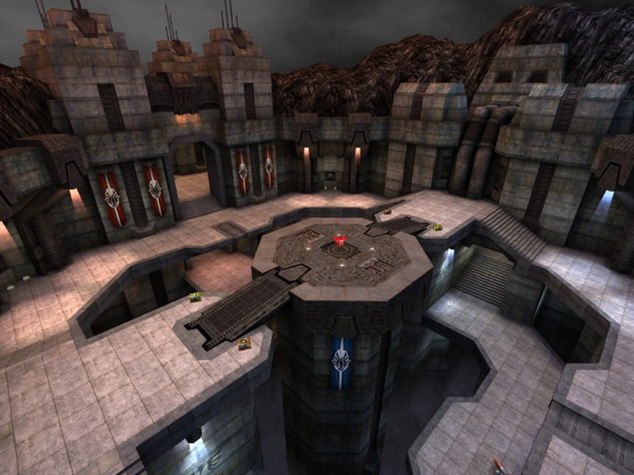 Ammo is finite, and the player must make sure to be as efficient as possible with their combat abilities in order to fuel their rampage. At no point does one combat ability completely replace and overcome the other, as both fulfill different tasks and must be used efficiently to feed each other.

With these set up, we were then able to begin developing the gameplay further, using our design pillars to guide the game's experience, from its high-level appearance, describing the expected player-enemy interactions, to the more low-level details, such as tuning the value of specific game variables.

Thank you for reading, and stay tuned for next week’s article!